Our weekend started off with a double date in West Chester at quite the hidden gem. 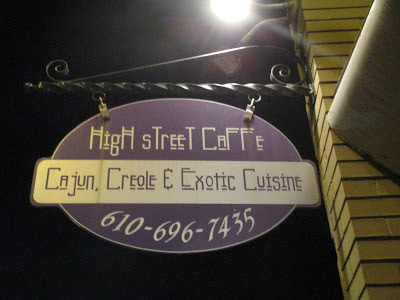 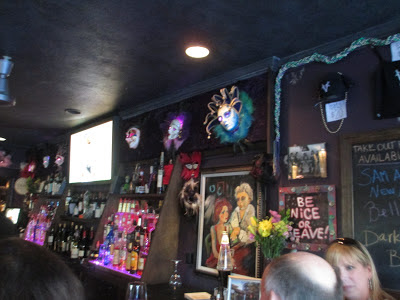 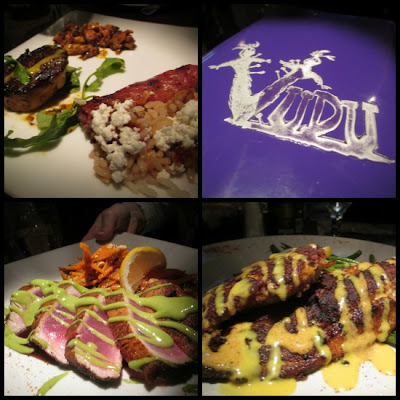 The High Street Caffe didn't look like much from the outside, but when we stepped in the door we were greeted fun decor and an overwhelming crowd.  The tables couldn't have been any closer together, but there wasn't an empty seat to be found.  We feasted on alligator sausage, scallops, ahi tuna, blackened catfish, and a crab cake and it was all extremely delicious.

After dinner we went to a bar in town and did some serious people watching.  Nothing like watching a bunch of 21 year olds get their drink on to make me feel old!  I drank a few Woodchuck ciders and we headed out a little after midnight. 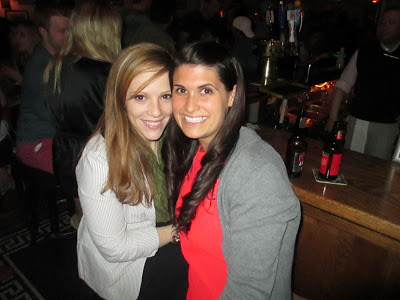 Dave and I woke up nice and early this morning to head down to the Broad Street Run Expo.  Apparently 2 glasses of wine and 2 ciders are enough to make me feel less than stellar the next day.  I wasn't super hungover, but a few drinks combined with less than 6 hours of sleep gave me a feeling that I really haven't been missing.

We headed down to Philly nice and early not sure if there would be a long line like I waited in last year.  But the expo wasn't overcrowded and we zoomed through. 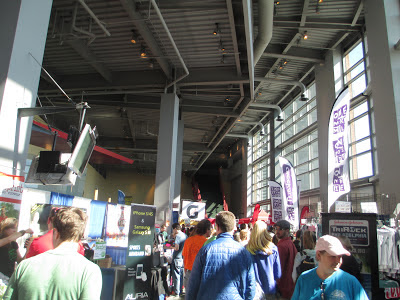 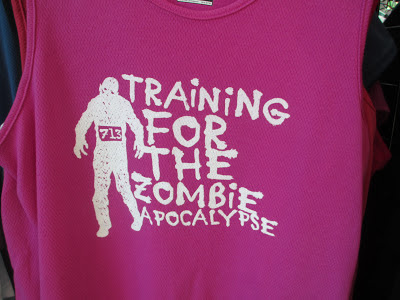 Despite my lack of running, I found plenty of stuff to purchase at the expo.  I picked up a nice New Balance sports bra, 6 pairs of socks, and a sparkly sweaty band.  Dave got an awesome pair of red compression socks and the proceeds from his purchase will go to The One Fund for Boston!

After the expo we headed to South Street to grab some brunch with a friend.  We ended up waiting 45 minutes for a table at Honey's, but big crowds don't lie because the menu was diverse and the food was tasty.  I feasted on a a 3 egg omelet with chorizo, salsa, cheddar cheese, onions, and peppers that came with a onion and cheese potato latke.  Dave ordered some biscuits and sausage with gravy and a side of home fries with onions and peppers.  We also split a side order of bacon (which was pretty disappointing since it was only 2 slices for $4).  The bill was pretty high so we probably won't be headed back any time soon, but it was a nice treat. 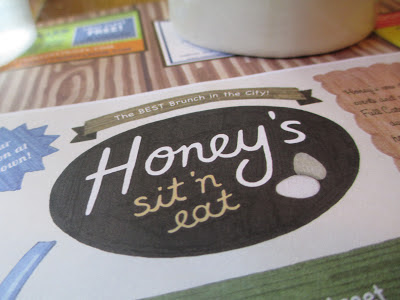 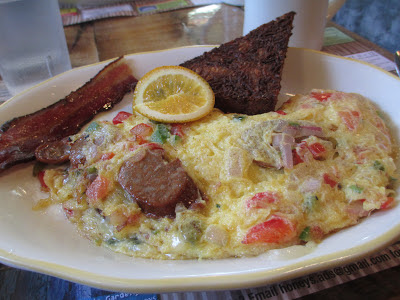 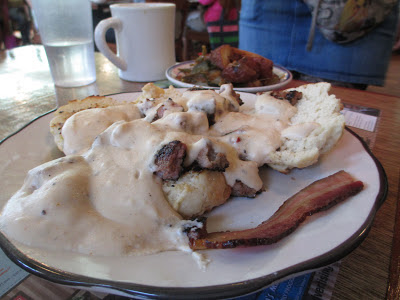 The rest of our Saturday involved hitting the grocery store, finally canceling our Y membership, and then grilling and chilling. 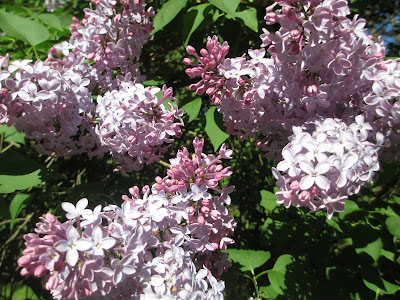 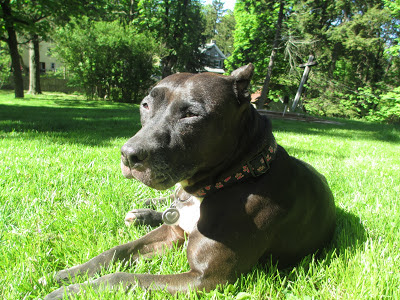 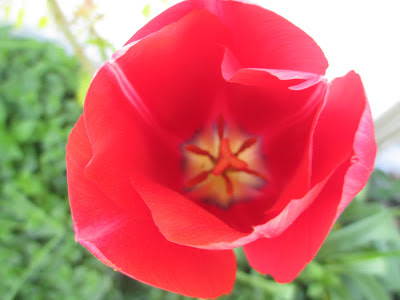 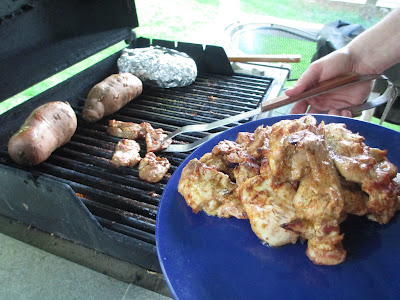 Dave just headed to bed.  I'm going to veg, prep some things for tomorrow, and then crash myself.  Tomorrow is a big day!  Hope you're enjoying your weekend.

Do you like trying new restaurants or do you prefer to hit your old favorites?
Posted by Amber at 9:11 PM