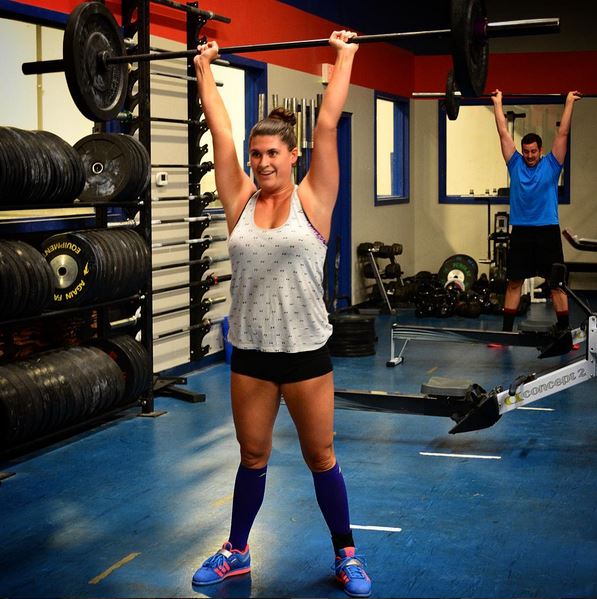 Well this post is a little over a whole week late, but I had the workouts all typed up and obviously I need to share our Halloween costumes, so let's just pretend that I posted this a week ago ;)

I killed it on the dubs!  It took me just over 2 minutes to complete 100 (with stopping to tie my stupid shoe in the middle) and they felt great.  I was feeling worried about the volume of deadlifts, so I went with 105# and they were fine.  The chest to bar pull ups were grueling to rep out one at a time, but soon enough, at 10:02, I was done.

Knowing the Total is coming up and I had been at the gym 12 hours beforehand, I opted to keep the workout light with the 26# kettlebell and a 10# medicine ball.  The kettlebell swings were crazy light and I used that as my rest period.  I remember when I didn't think I could swing the 35# and now it feels normal!  Throwing the med ball was a lot easier without those extra 4 lbs, but the squats still got me going.  I finished in 9:55!


My only goal for the Total was to hit a 200 lbs back squat!  I hadn't done a lot of pressing through the cycle and I avoid heavy deadlifts most of the time, but I've been doing plenty of squatting and last time I tried 200 I got stuck in the bottom.  For the Total you get 3 official attempts at each lift.  The first attempt is supposed to be something you can hit for 3 reps.  My squats felt great warming up and I opened with 191# (all my weights are odd because the women's bar is 33 lbs, so I added two 1 lb plates to get to an interval of 5... but then realized halfway through the Total that the clips I use are 0.5 lbs each).  Next I went for 201# and it felt great.  I finished with 206# and it was pretty hard, but I got it!

I think the shoulder press was everyone's least favorite.  As my coach says, it's not a sexy lift.  It gets heavy really quickly and you either have it, or you don't.  My previous PR was  85# (which honestly might have been only 83, I don't remember), so I was hoping to beat that, but I really didn't have high expectations.  I did 81# as a warm up and it felt pretty hard, so I did it again as my first attempt.  Next I did 86# and honestly wasn't sure I was going to hit it.  I got it up for a sad 1# PR.  I tried 91# but got stuck halfway and it wasn't happening.  Maybe I'll try for 88 next time lol.

I had zero expectations for my deadlift.  My only goal was not to hurt myself and feel like a cripple all weekend.  I figured I'd warm up slowly and see how I felt and stop as soon as it felt risky.  I was pretty excited when I easily picked up 211#, since my last recorded PR was 205# (which was years ago).  My first recorded attempt was at 221# and it felt challenging but really good.  I put 10 more lbs on the bar for my second attempt, but as soon as I started lifting it, I decided it wasn't a good idea and I immediately dropped it.  I think I could've lifted it and I don't even think I necessarily felt pain, it just didn't feel right, so I said no thank you!  I pulled 5 lbs off the bar and did 226# for my final attempt.  I was SO excited to be able to pull some heavy deadlifts without hurting myself.  My back felt completely fine the next day!  I had scheduled a precautionary trip to the chiropractor Saturday morning just in case I was in a bad place, but instead I got an "icing on the cake" adjustment and my body felt great!

S - Lots of dancing and walking at a Halloween party, my phone counted over 9,000 steps between midnight and when I went to bed!

The weekend was awesome.  Friday night started with CF and then Dave and I went to grab a bite at our favorite local bar, McKenzies.  Apparently we haven't been there in a while (and we were going pretty regularly last football season) because the bartenders asked us where we've been lol.  I got a delicious roasted beet salad for dinner.

Saturday we got up and headed to my parents' house for the day.  I cooked a turkey with my mom, Dave helped his dad install a new oil tank, and we watched the Penn State game, go Lions! 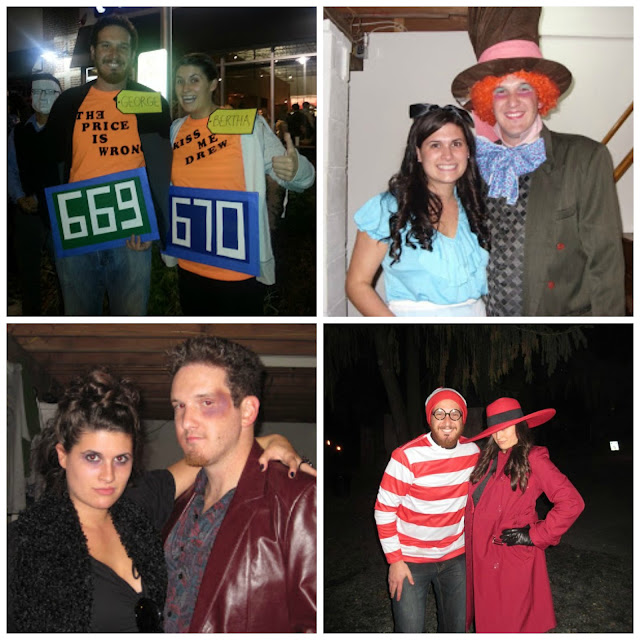 So this year I was really excited when I figured out what we were going to be and he was on board! 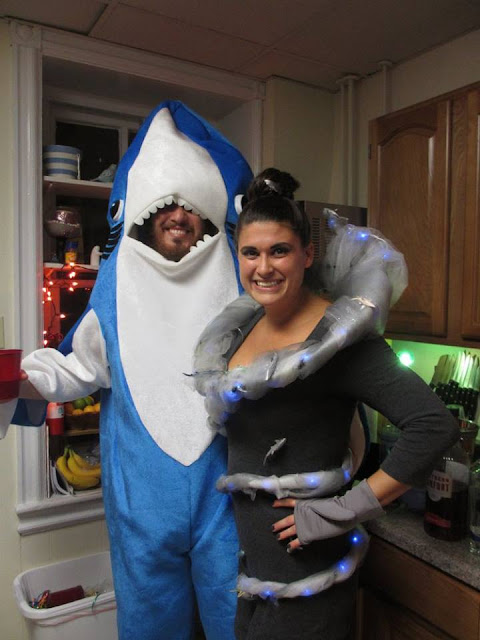 We're Sharknado if you don't get it lol.  A lot of people (my mom!) kept asking me why I was forcing Dave to wear such a ridiculous costume, but it turned out that Left Shark was the hit of the party on Saturday!  A little before 11 pm, we arrived at the Battleship NJ for an epic party called PEX.  Michelle and Alex have been trying to get us to attend a PEX event for a while, but it never worked out and I'm so glad we finally went and convinced our friend Kraemer to come too.  There were fire spinners, multiple dance floors with awesome DJs, aerial performers, a brass band with a drum line, and you could explore the inside of the battleship too.  The weather was seriously perfect and we had a blast.  We met tons of people with amazing costumes, broke into random songs with strangers, danced our asses off, and could not stop laughing at Dave's hilarious moves in the huge costume. 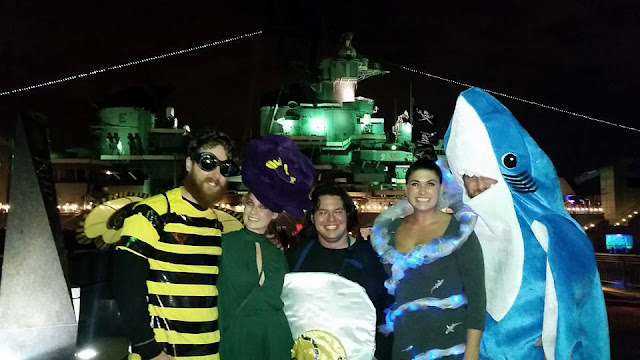 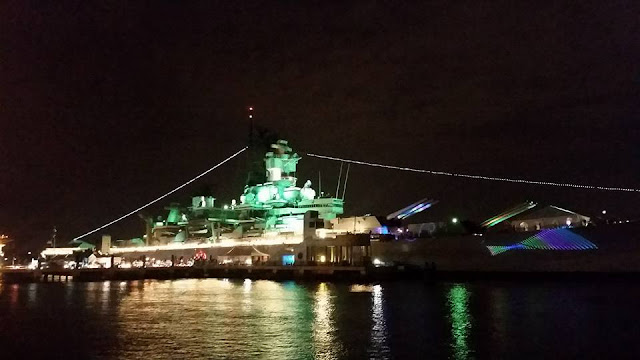 Since the event ran till 4 am, we all got about 2 hours of sleep (or less) and Sunday was rough.  We hung around Alex and Michelle's place in the city most of the day watching football and eating cheesesteaks until we finally collected ourselves, rode the train to Lansdale and picked up the dogs from my parents'.  By the time we actually got home, it was 9 pm and our power was out, so I just headed straight to bed.

Monday was Halloween Round 3!  Shayna and Kyle had organized a Halloween scavenger hunt through Phoenixville and served some yummy food at their place beforehand.  I probably didn't need to do any more drinking on Monday night after I was still feeling pretty awful, but YOLO.  I was pretty proud of my crafting... and the fact that my costume actually survived 3 different parties. 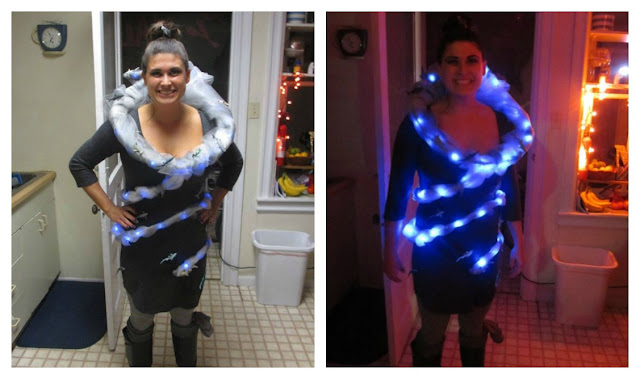 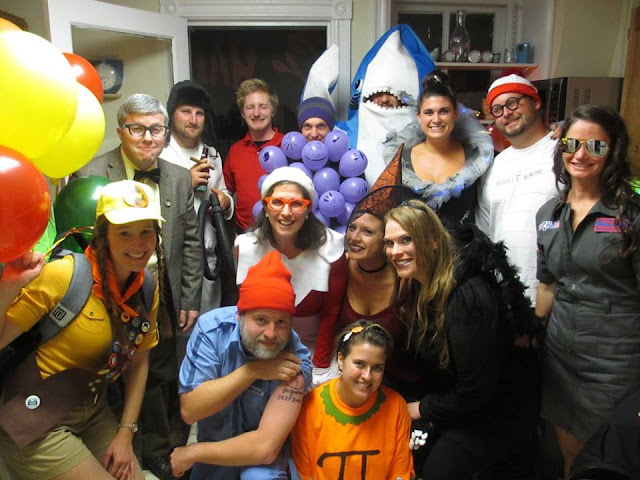 The scavenger hunt was a riot.  Phoenixville was pretty beat, but we brought the party ourselves.  Our team won the hunt and Dave and I won best costume!  Another awesome Halloween in the books :)

Did you do anything fun for Halloween?