A Lovely Weekend in Houston

I cannot believe we're already halfway through April!  Dave and I kicked off the month with a long weekend in Houston and I've been meaning to post about it for over a week now!  We went to visit our friends Mike and Jen (the friends who gifted us this amazing quilt).  We had the date of our visit planned for months and the flights seemed kind of steep.  It never occurred to me that we were headed to Houston the same weekend as the Final Four.  When Villanova made it, I was extremely glad I had already purchased our flights since the price tripled!  After that, everyone was asking us if we were going to attend the game while we were there.  We entertained the idea for a moment, but the tickets in the nosebleed section of the football stadium were over 200 bucks and the legit seats were $500!  It was still pretty fun to be headed down with all the Nova fans on Friday though!  I only went to Villanova for 3 graduate level classes, but I met Dave there so it will always hold a special place in my heart.  Congrats Nova! 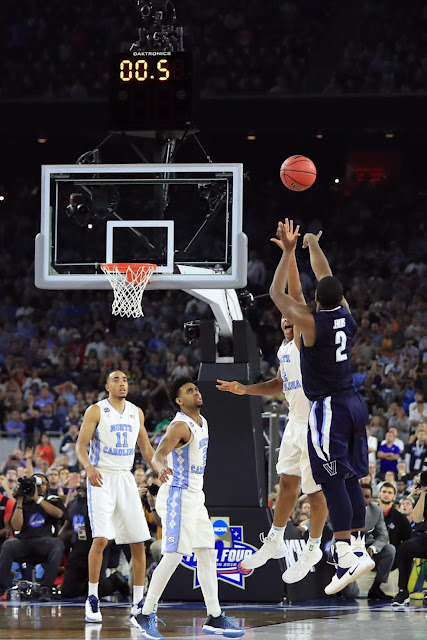 Anyway, after a pretty turbulent flight down, we started our weekend with an awesome dinner at a place called Local Pour.  Everyone enjoyed a bunch of craft beers from their huge selection and I had a honey cider made in Texas.  Apparently it didn't occur to me to take any pics, but we started with goat cheese bruschetta and some ahi tuna that were both seriously amazing.  Everyone enjoyed their entrees, but for me the real star of the show was the chocolate mousse cake!  We went home full and ready to just relax and catch up.  We sipped on cocktails and caught up until I was falling asleep on the couch and finally put myself to bed.

Saturday we all slept in and then kicked the day off with a tasty homemade breakfast of french toast topped with bourbon peaches and pecans with sausage and strawberries. 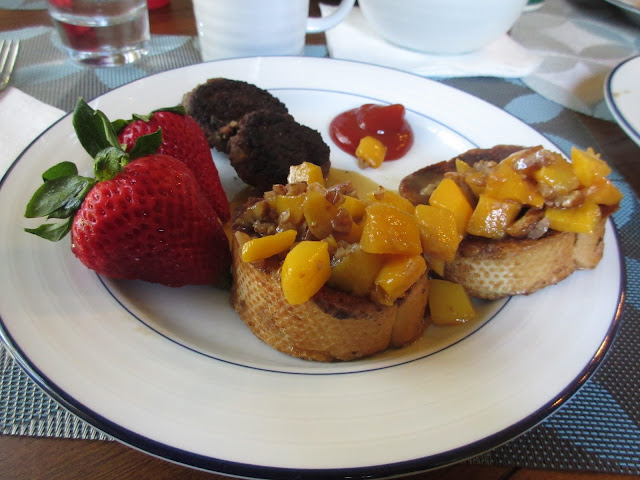 After our bellies were full, we headed out for the day.  Our first stop was a trip to Top Golf, a fancy electronic driving range where you can play different games against your friends and enjoy fun cocktails in flashing light up golf bag shaped cups :)  I was pleasantly surprised when I hit the ball way better than I expected!  It was a really cool concept and we had a lot of fun. 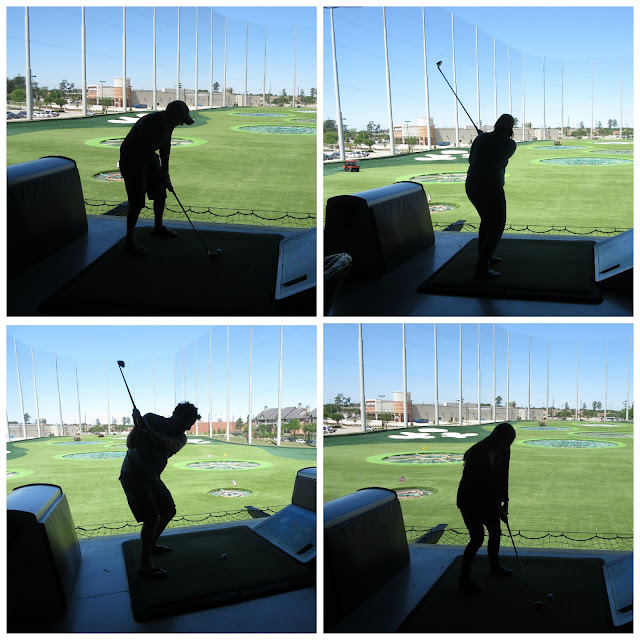 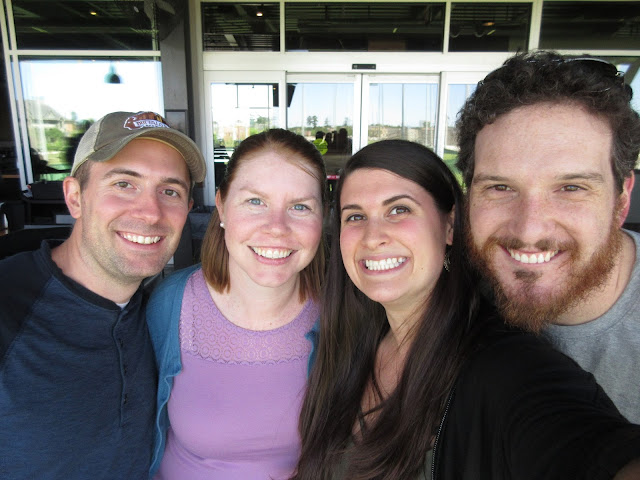 Next on our agenda was Karbach Brewing Co. where the weather was literally perfect for enjoying their large outdoor biergarten with live music, corn hole, and a food truck.  For $12 you got a souvenir pint glass and 3 beers, talk about a deal!  I was enjoying their Weisse Versa and it was the first time I've drank a bunch of beer in a while.  It was really hitting the spot and we got some "gaucho fries" which were topped with grilled Brazilian sausage, house-made creamy chipotle mayo, parmesan cheese and green onions.  I also crushed it in corn hole and got all 4 bags in on one turn, like a boss!  By the time we were leaving, we were almost sunburned and a little tipsy. 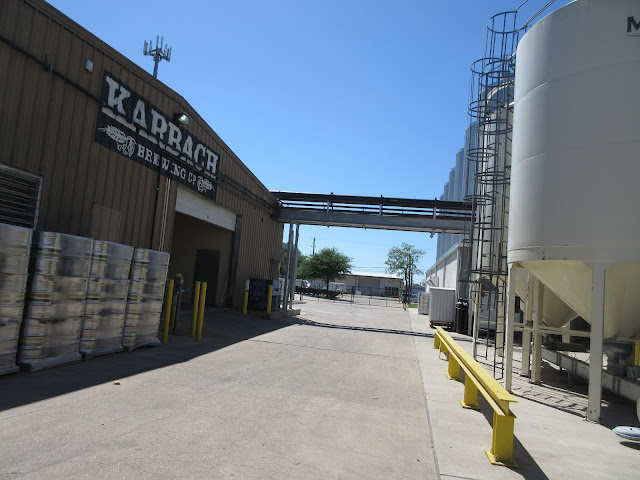 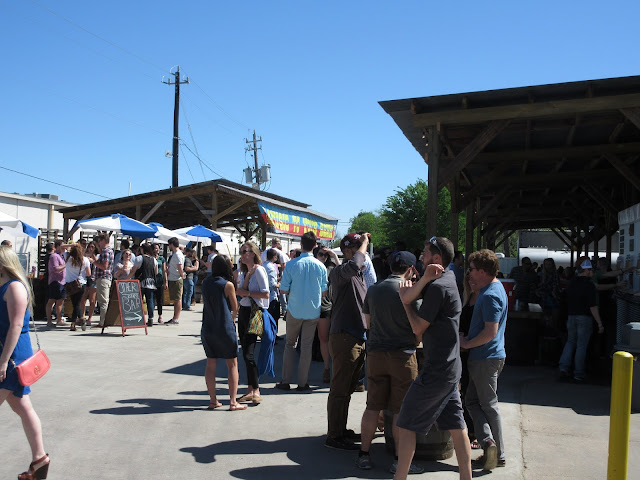 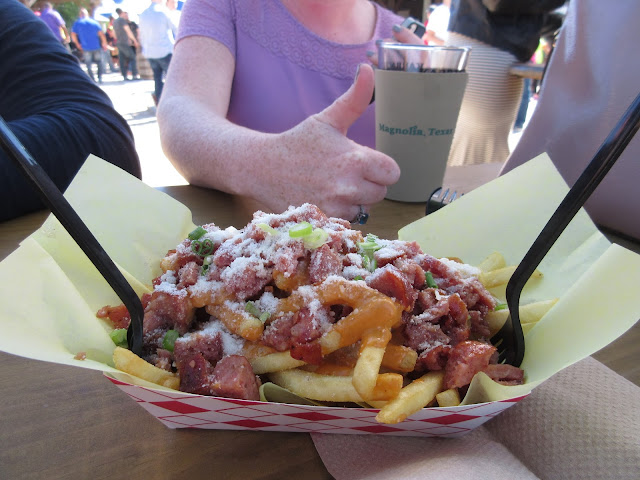 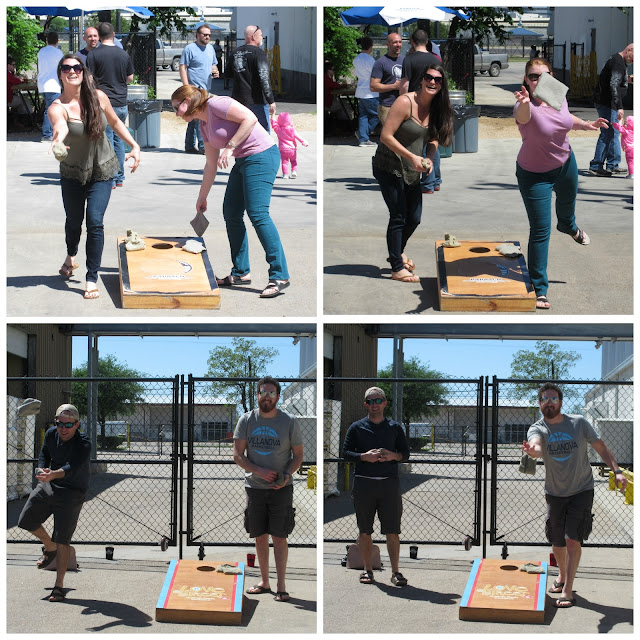 Our last stop was a cool neighborhood bar, the D&T Drive Inn.  We tried their specialty, a frozen drink of shandy mixed with sangria and it was awesome, right up my alley.  Their patio was super cute and we could see why our friends were fans of the place. 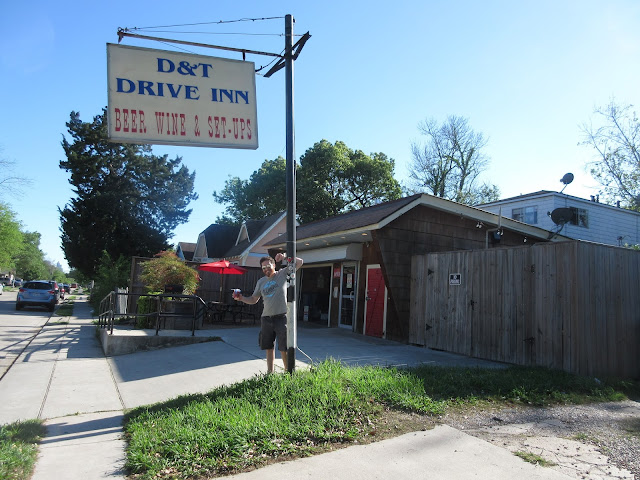 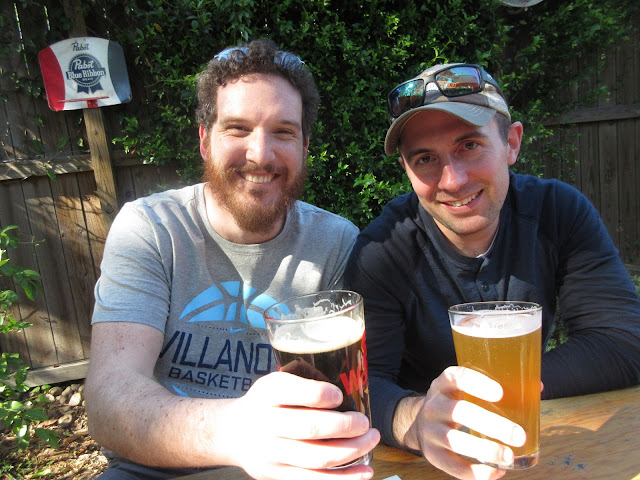 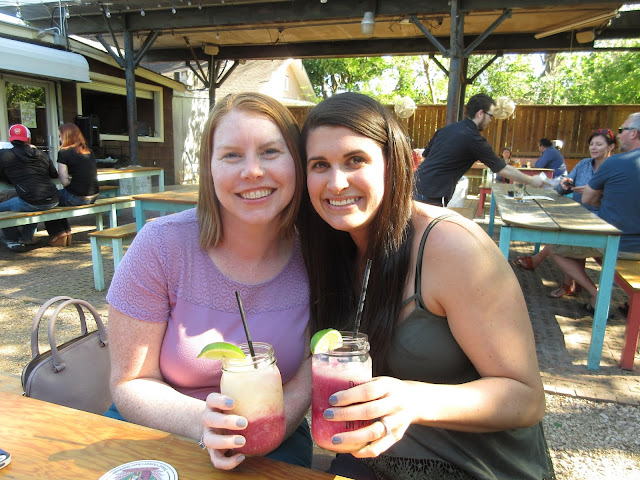 Then we headed back to their place to watch the basketball game.  A couple of their friends came over and we enjoyed some delicious burgers and hung out by the fire pit.

Since we ran around all day Saturday, Sunday started a little on the slow side.  We kicked the day off with a delicious homemade quiche and then just vegged.  I spent the morning outside catching some rays (while it happened to be in the 30s at home in PA) and reading my book.  Jen had to head to a conference for work, so we said goodbye and then it was just the three of us.

The boys and I headed out for a late afternoon bite at a bar right near their house called Tailgators.  We had an appetizer of breaded gator bites which was good, but not nearly as exciting as my first taste of crawfish!  We devoured our first pound and decided to get a second.  Soon the waitress came out confused with a third pound by mistake that we ended up getting for free.  The crawfish required a bit of work, but they were worth it.  They were so good! 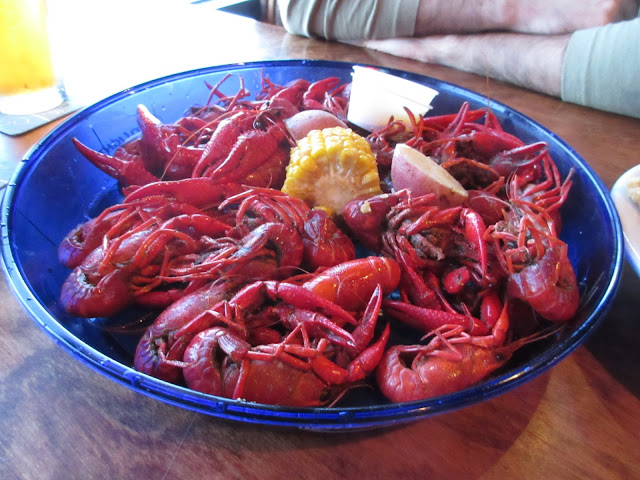 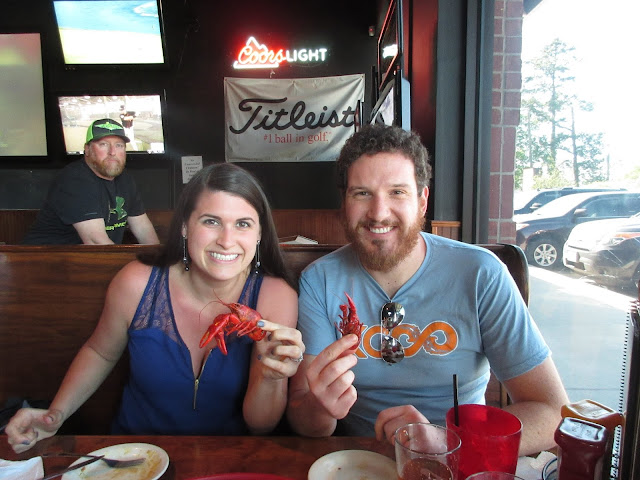 After that we headed to the concert venue for the Mumford & Sons show we were going to see that evening.  We parked for free (which was exciting since Philly does not know what this means) and hit up a bar in the area for a little pregaming. 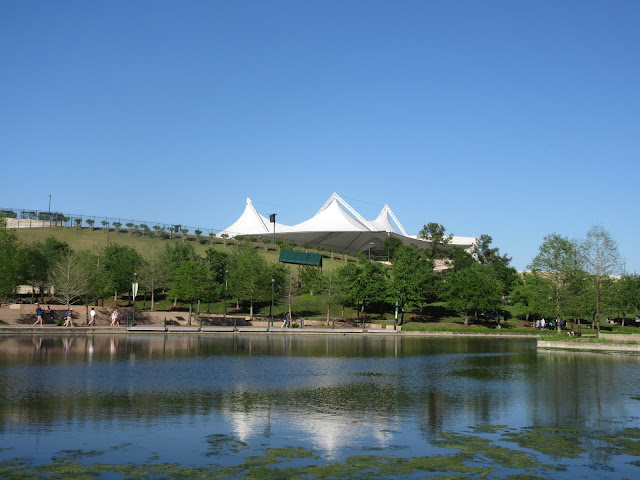 When we got to the show, we rented chairs and staked out a great spot.  The weather was so pleasant and the opening act, Blake Mills, was pretty good.  Mumford & Sons was amazing! 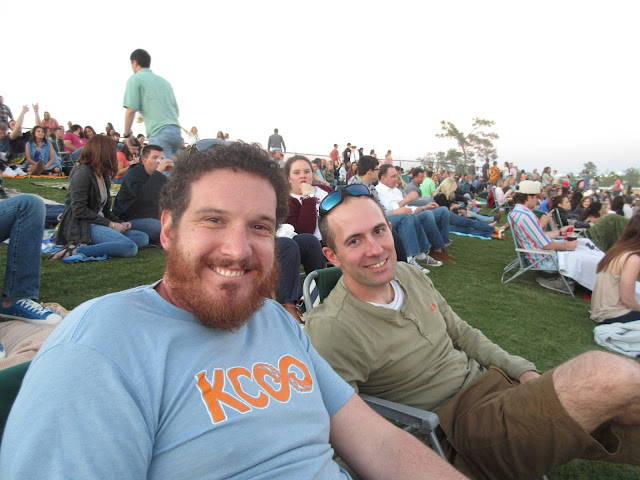 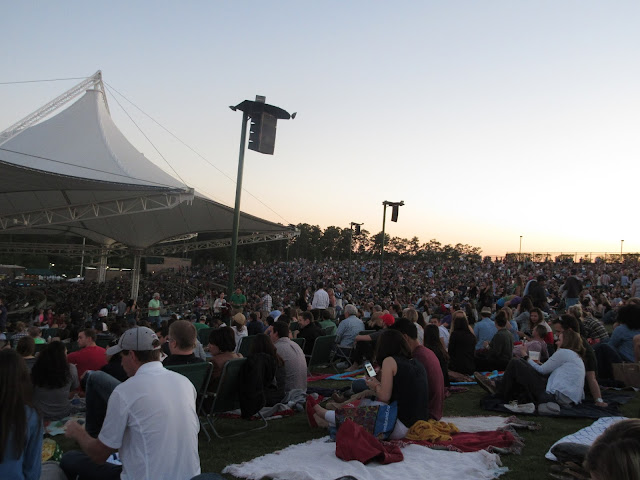 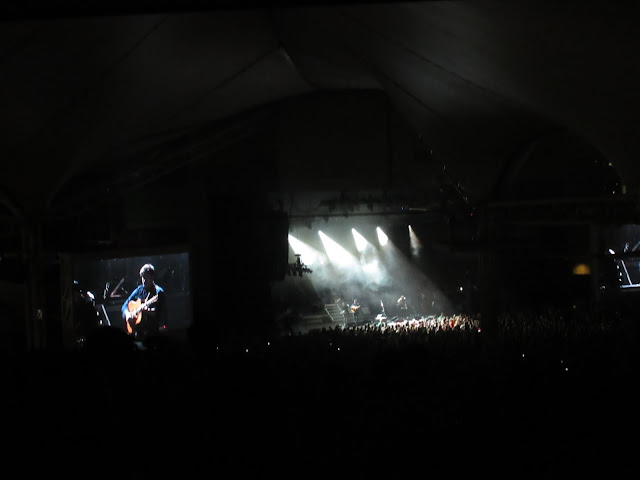 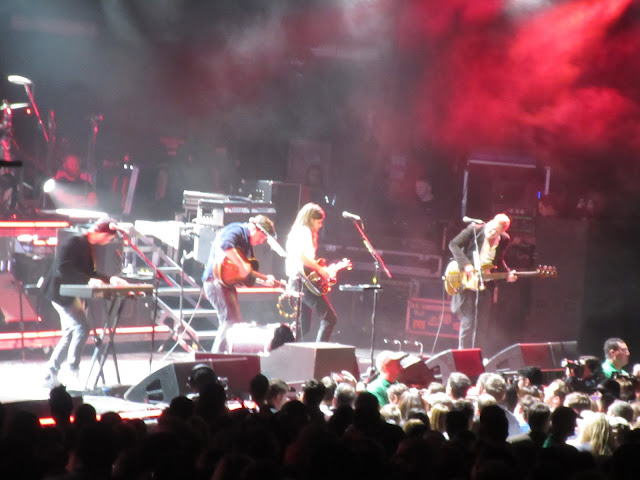 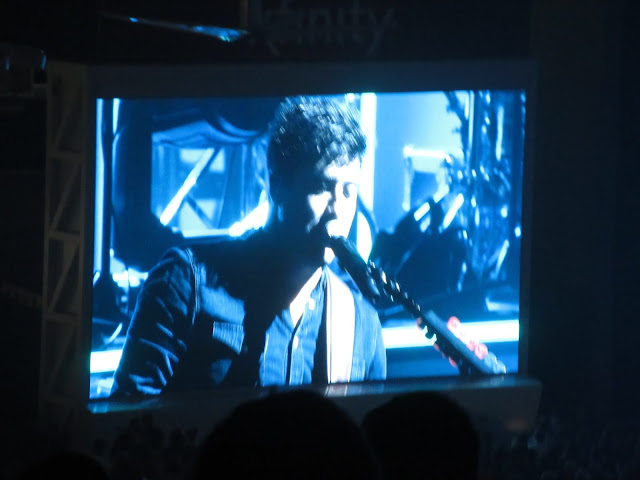 After the concert we grabbed some Whataburger on the way home.  I remembered really liking the burgers when I was teaching cheer camps in Texas the summer after my freshman year of college and it did not disappoint.  I also think it was the only thing that saved me from a wicked hangover the next day haha.

Monday we slept in, packed up, and then stuffed our faces with some Tex Mex.  And said goodbye to this cutie! 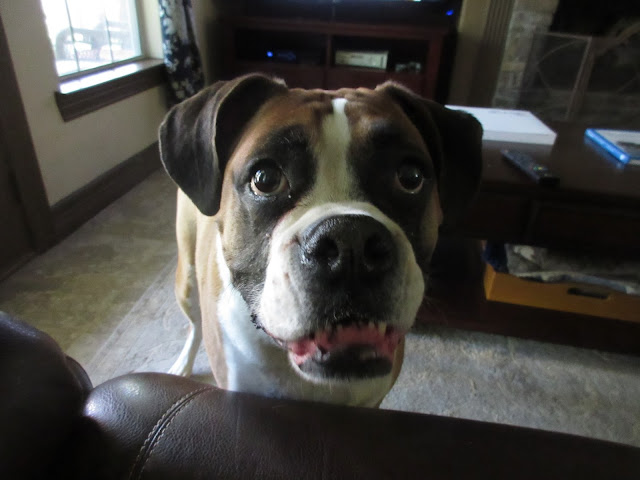 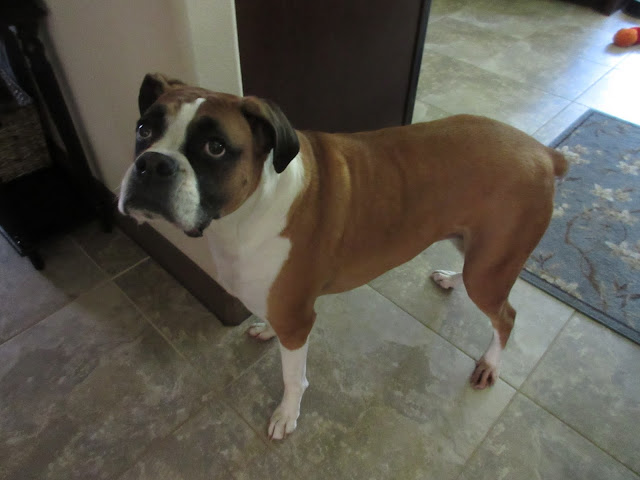 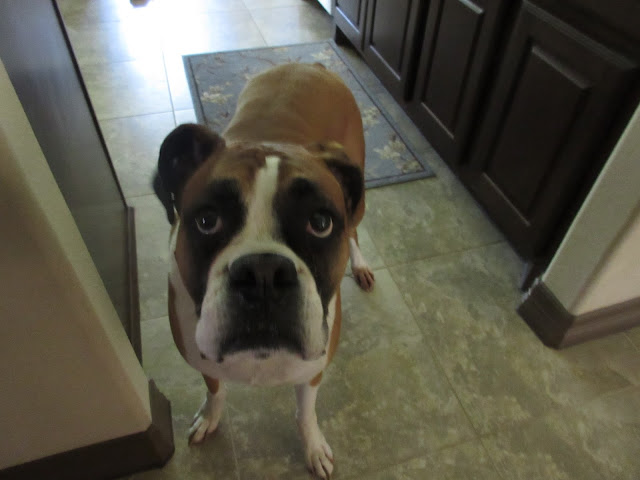 It was a wonderful weekend :)  A huge thank you to Mike and Jen for showing us such a good time!