Weekend Plans & My Thoughts on Cardio

Thank goodness tomorrow is Friday!  Work has been sorta slow since we recently completed a large submission and it's really been making the weeks drag.  I'm also super excited to head to Cape May this weekend, I am in serious beach withdrawal.  The weather looks kinda meh for Sunday, but Saturday I'm hoping to get in a full day of sunbathing with my toes in the sand, listening to the waves roll in, and watching dolphins!  Oh and my mama is coming down for the weekend, so it's going to be a serious mom bonding weekend (plus Dave's dad who will probably be looking for projects around the house to escape to lol).

So, yesterday's CrossFit workout was a doozy! 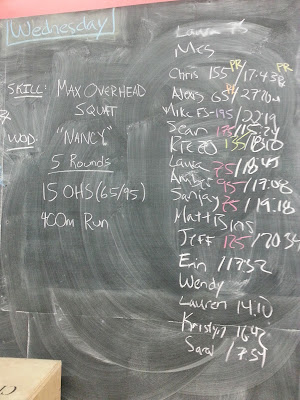 This was my first time trying overhead squats!  I maxed out at 95 lbs, but I sort of ran out of time.  I think I could definitely do at least a few pounds more.

The workout was rough!  I did 40 lbs for my squats and my legs were burning, but the squats were actually easy compared to the run.  What a difference a year makes, this time last year I was running a 5K PR!  (Fun fact... that post says I was celebrating my blogiverary... except I started blogging in June, not July, whoops!  Also, Happy 2 Year Blogiversary to Busy, Bold, Blessed only a month and a half late!)

Anyway!  I don't remember the last time I went for a run (maybe December?) which is sad but true.  Although I don't think I'll ever run long distances again, I believe my cardiovascular fitness levels are lacking and some cardio work would help get me through the intense WODs.  While I was huffing and puffing through the running portion of the workout, I couldn't help but think if the zombie apocalypse happened tomorrow, I'd be screwed!  (We've been watching a lot of The Walking Dead, and it's amazing btw!)  My CrossFit gym just started up some endurance classes on Saturdays, but I'm not sure I'll make it there until my schedule simmers down a bit in September.  In the meantime, I plan on adding some sprinting into my life!  Specifically, some sprints into the ocean this weekend :)

How have you been pushing yourself lately?

Remember when I used to write blog posts?

Soooo it's been a little quiet around here, huh?  Well, the busy in my blog title is no joke and summer is definitely the busiest time of the year.  I have plans for every single weekend until mid September (and by then cheerleading will be in full swing).  Add planning a wedding into the mix and well, something had to give!

So what have I been up to?

Wedding Planning
We booked our venue, we skyped with a couple who will most likely be our photographers today, and I just scheduled an appointment to shop for a wedding dress the second weekend of August!  A huge weight was lifted off my shoulders once the venue was taken care of.  We are getting married at the DoubleTree by Hilton Hotel in King of Prussia.  The wedding coordinator is amazing, the ballroom is beautiful, and our guests won't have to drive anywhere after the party!  So far things have been easy breezy...

Weddings, Vacations, and Parties, oh my!
I had a blast attending an epic bachelorette party that involved a party bus, a mechnical bull, and a bunch of ladies dancing on top of a bar! 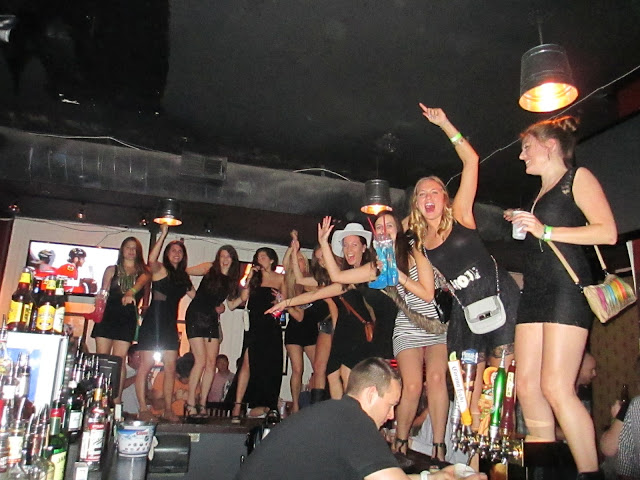 We also attended two weddings in the past month (which are a lot more fun when you're not super jealous that everyone else is engaged or married lol). 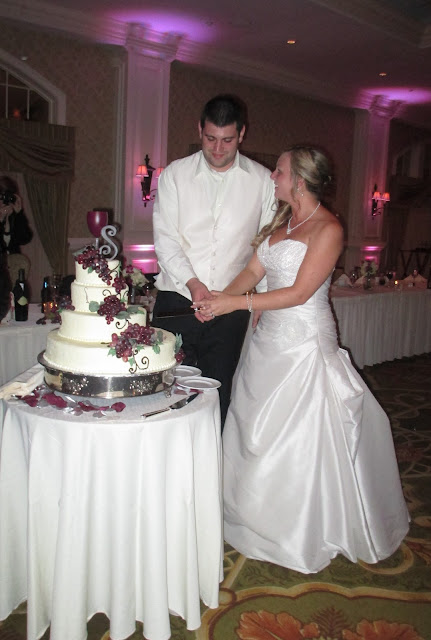 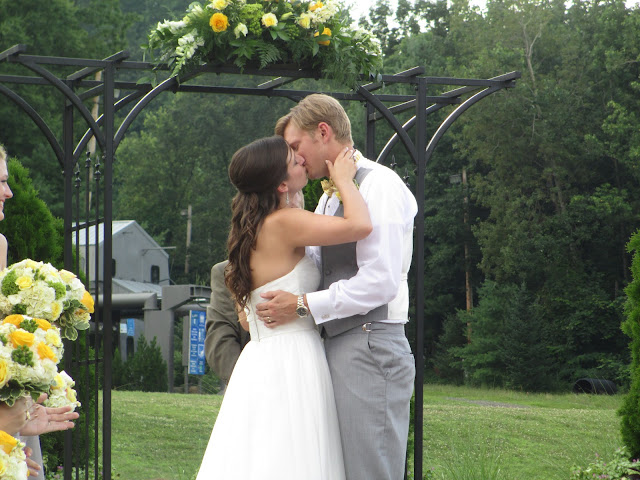 We spent the Fourth of July visiting some of Dave's college friends in North Carolina.  He went to UNC Charlotte so he showed me the beautiful campus and some of his favorite spots.  We stuffed our faces with southern barbeque, snuck into a hotel pool, rode rollercoasters until I felt sick, saw fireworks, and played some super silly boardgames.  It was a great trip until the 10 hour car ride home, I'll stick to flying thank you very much! 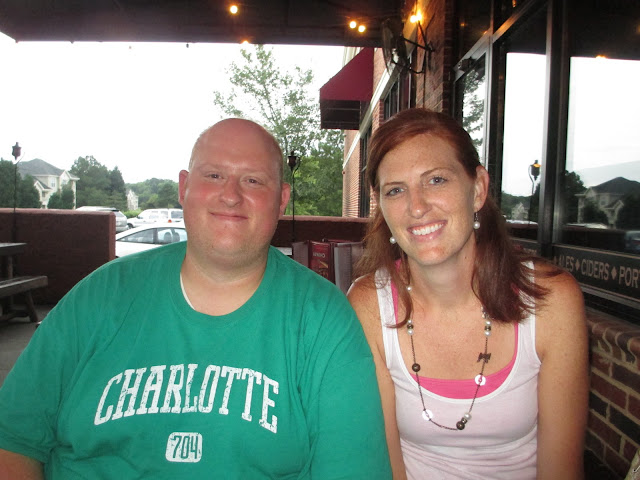 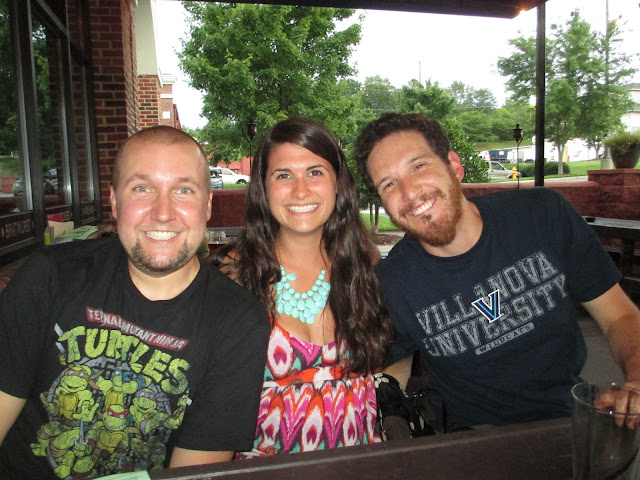 My brother graduated high school!  When his name was announced the crowd went wild and it was just amazing. 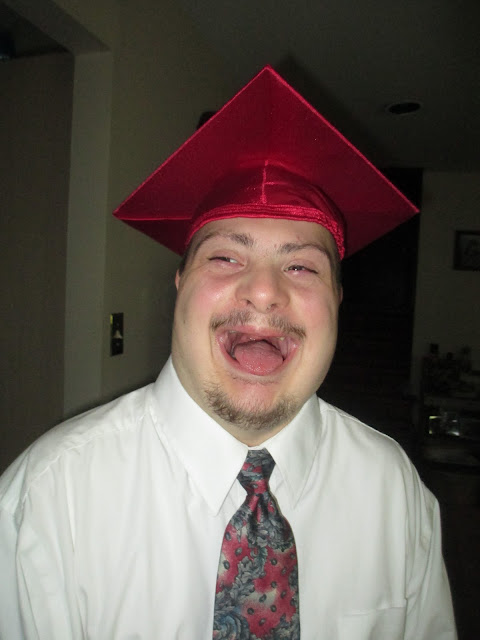 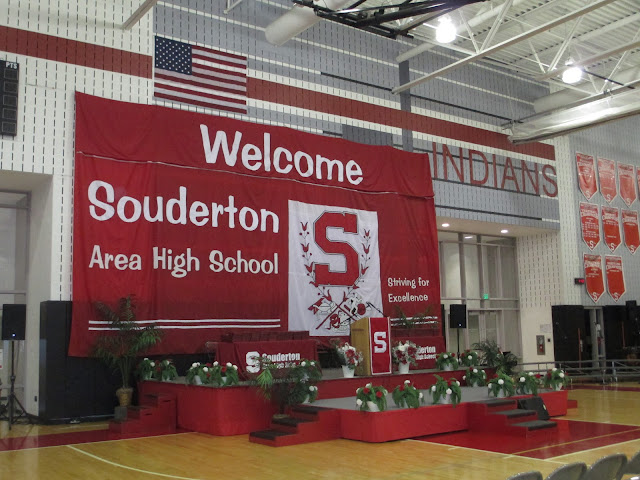 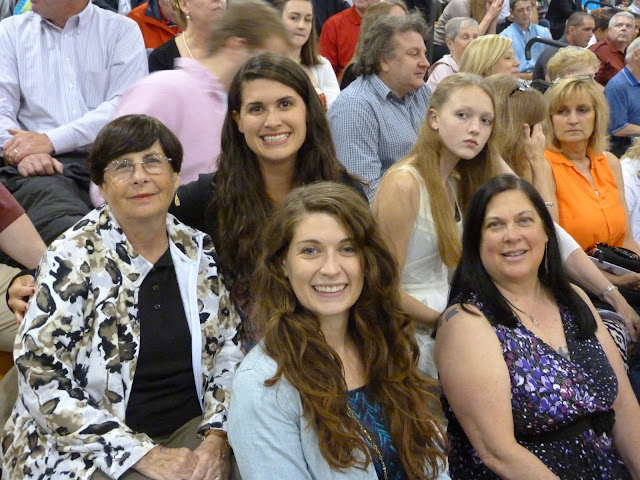 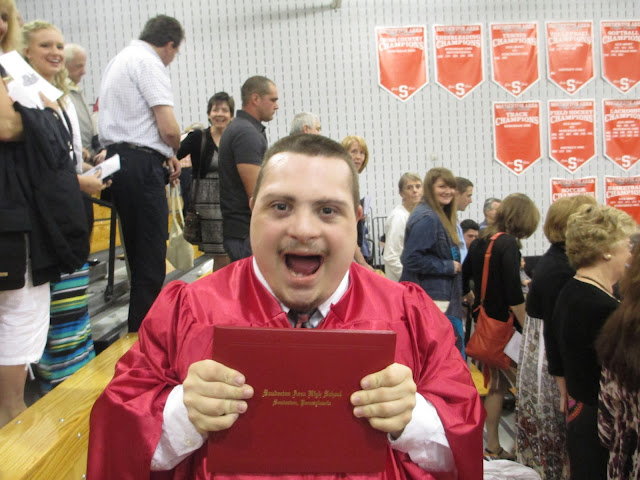 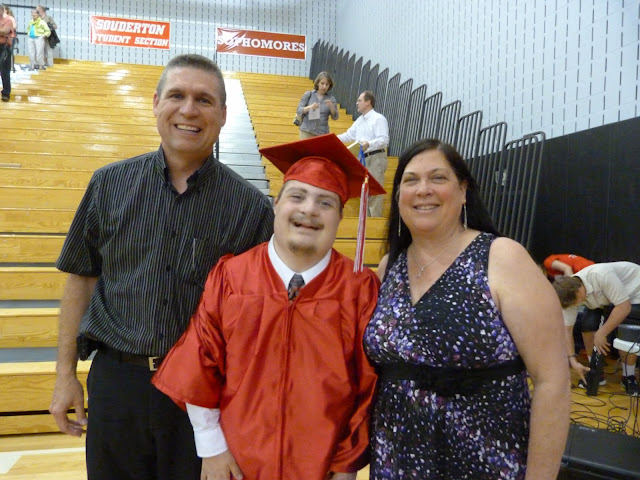 His graduation party a few weeks later was a riot.  He was determined to make everyone sing to him while he was cutting the cake, so we opted for a quick rendition of For He's a Jolly Good Fellow, which was followed by his request for smoke (aka candles), again everyone kept explaining that you don't get candles when it's not your birthday, but we still got suckered into singing our Polish birthday song Sto Lat.  After all the singing was finished, everyone was waiting for the cake cutting photo op, let me set the scene for you... Tom was holding a large knife with my sister very close next to him, he's carrying on, being a ham, and finally I yell, just cut the cake!  Well Tom quickly takes the knife all the way through the cake, making a nice vertical cut.  He then proceeds to take a second go, slashing the knife diagonally through the entire cake which was followed by my mom lunging at him and ripping the knife out of his hands. It was hilarious!

The rest of our free time has been filled with barbeques, pool parties, and various hangouts with friends.  Oh I almost forgot... we also had a giant block party at our house that included multiple bands, a slip and slide, volleyball, crazy good food, and three ice luges!

Fitness & Food
I am still in love with CrossFit, despite my quads being so sore today that I'm hobbling around like a grandma!  I maxed out at 130 lbs on my back squat on Monday!  My max clean was 100 lbs a few weeks ago.  There's so much I need to learn, but some of the basic movements are really starting to click.  My diet has been rather lack luster.  We've been eating a lot of veggies due to our CSA, but vacation included funnel cake at the amusement park, fresh baked bread courtesy of our hostess, bagels and donuts from a local bakery, a giant tub of froyo covered in chocolate toppings, and some mouth watering hush puppies.  Basically I lost all self control, but can you blame me?  Those things were all delicious and I was on vacation!  I know I'm not eating like I should be (hello sugar addition) and the scale is reflecting that!  That would be that big of a deal, but I know how tiny my tummy looks when it's not bloated... and I miss it!  I may be thinking about a Whole30 in the near future or maybe another Whole21, we'll see.

So as you can see, I am busy busy and this weekend is no exception!  Tomorrow night we're headed out on a double date at one of our favorite Mexican restaurants with tasty margaritas and guacamole they make right at your table.  Saturday we're doing the Electric Run in Philly (a 5K in the dark with a creatively lit up course and lots of glow sticks).  And Sunday we're going to see Zac Brown Band.  Next weekend we'll be in Cape May (for the first time since this happened!), maybe I'll get to relax then!