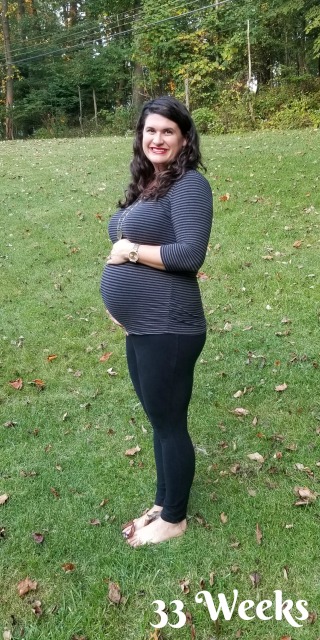 Another week, another Tuesday workout!  The workout was a lot of stuff that I'm not currently doing, so I sort of made up my own.  Part A was supposed to be 35 calories on the rower + 50 handstand push-ups.  I did 2 minutes on the assault bike and then did 50 L sit presses with 20# dumbbells.  Part B was wall walks and sit-ups, both a definite no for me, so I did the workout from the day before: 4 rounds of 12 deadlifts, 9 overhead squats, and 6 hang power snatches at 55#. 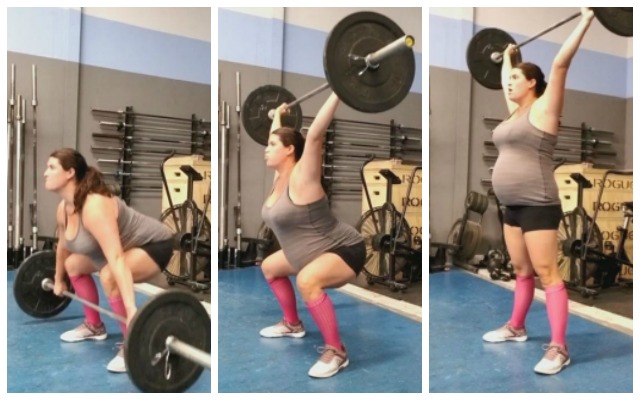 Part C was running and burpees, so I did 3 rounds of 300m row and 15 medicine ball cleans.  I think I'm getting some coning in my abs when I row, so I'm going to cut that out from now on.  But everything else felt really good and I got a great workout in.

I also had my 33 week appointment at Lifecycle on Tuesday with a midwife I hadn't met yet.  I really liked her and the appointment was great.  My BP was normal, my belly is on track, and since I'm a second time mom with a low risk pregnancy she told me I didn't have to come back for 3 weeks (which is nice because last time I was coming in every 2 weeks after 28).  Then I'll be 36 weeks and coming in weekly... almost there!  I asked the midwife about drinking red raspberry leaf tea, which is supposed to help tone the uterus and speed up labor, and she recommended I start with a cup a day.  This was a stark difference from my OB experience last time when she told me "do not drink anything like that because you will go into premature labor, have the baby at 30 weeks, and she will go into the NICU, and you'll be going home without her."  Seriously who says that?  Add it to the list of reasons why I'm so happy I switched over to the birth center! 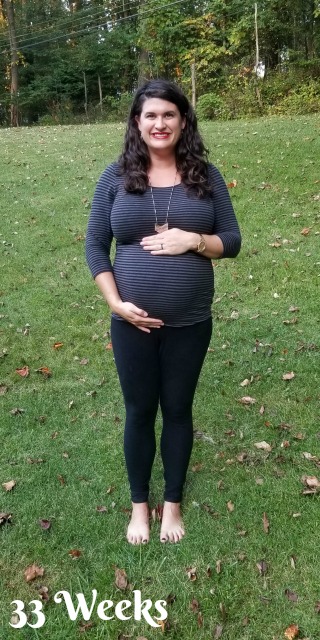 I intended on going to the gym on Friday morning, but I had a crappy night of sleep and when my alarm went off at 5:10 am I had a bit of a headache so I picked another 1.5 hours of sleep instead!  No regrets.  Sleep has been pretty decent otherwise, I typically wake up once to pee and then maybe once more to roll over (which is an event).

We are pretty close to settling on a name!  We were between two or three, but I'm kind of stuck on the one.  I said it casually to Vienna on Friday night when we were in the nursery and then she proceeded to yell the name over and over all night.  Dave was convinced I had done some serious coaching, but I swear I only said it one time.  She was super silly and the more we told her to stop, the more enthusiastic she would get.  Dave and I were convinced that she was going to reveal the name to our whole family on Sunday, but thankfully it didn't happen.

The weekend was all about Vienna!  We kept things pretty low key on Saturday since we were having family over on Sunday, but she got to open some gifts from us, we met some friends at the park where she had a blast on the playground, and we headed to Handel's to get some ice cream. 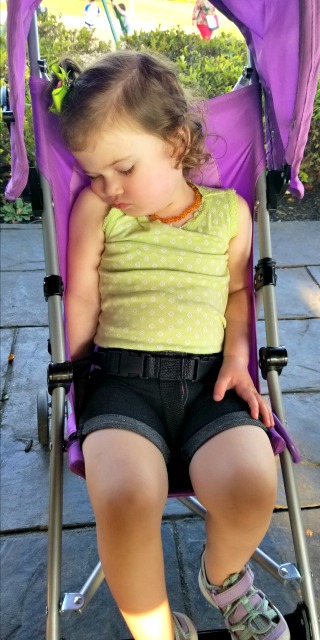 When the birthday girl skips her nap.

On Sunday we had our immediate family over to celebrate with pizza and cake!  I knew I didn't want to throw a big party, so this was an easy and stress free option and we had a really nice day.  She did not love everyone singing Happy Birthday at the top of their lungs, but seemed to recover just fine when she got to try both of her cakes (I ordered 2 to get 2 different flavors, but when we cut into them they were both chocolate)!  She got some nice gifts that she played with the rest of the day and was super pleasant all afternoon even though she skipped her nap for the second day in a row.  When everyone left, she snuggled up with me and passed out on the couch eating some goldfish. I still cannot believe 2 years have gone by so quickly! 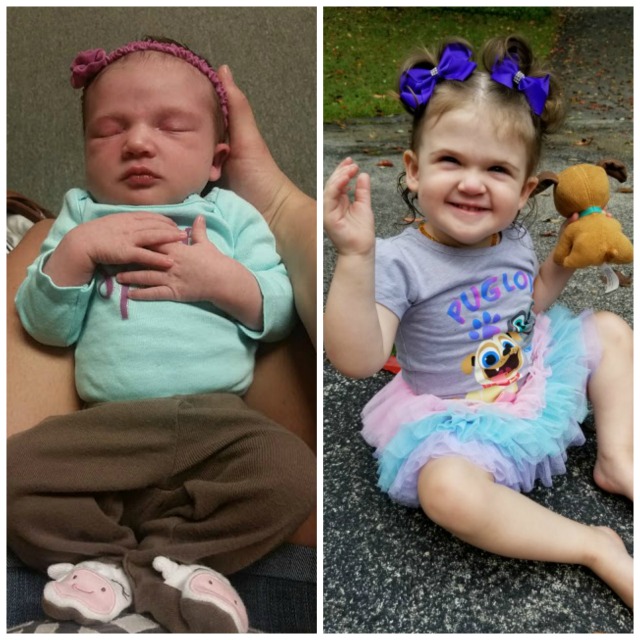 And soon we will have another tiny babe! 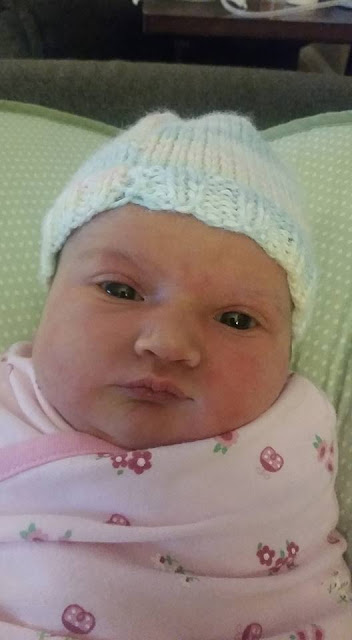