Well, we have at least 6 inches of snow on the ground and it's still coming down like crazy.  So naturally I'm thinking about how I totally dropped the ball on sharing our honeymoon pictures!

And yes, this is going to be another annoying multi part recap that I post at a ridiculously slow pace.  I'm sorry.  No I'm not ;)

When we started thinking about our honeymoon, we knew we wanted to go somewhere tropical but we agreed that we wanted something different than some all inclusive in the Caribbean. Although they can be fabulous, we already did one in Jamaica a few years ago and we wanted to do something a little off the beaten path.  Costa Rica immediately came to mind, but when one of my coworkers told me all about his amazing trip to Nicaragua, I was convinced!  It didn't take much to get Dave on board too. 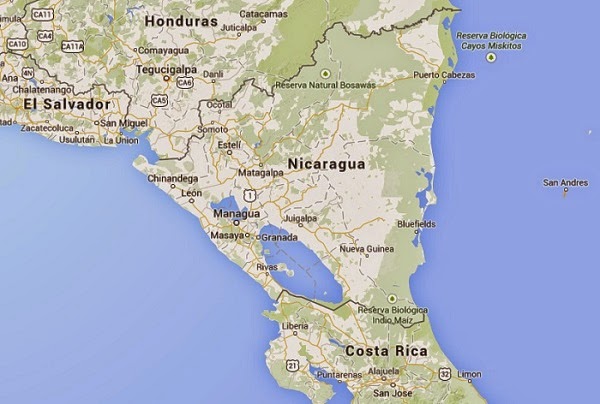 Just in case you weren't sure where Nicaragua is located!

Our honeymoon adventure started at the crack of dawn the Monday after our wedding.  We were picked up by a car service somewhere in the 3 o'clock hour and headed to Philly to catch our 6 am flight!  We grabbed some breakfast and obligatory cocktails at the airport and took our first 2 hour and 45 minute flight down to Miami.  Next we flew from Miami to Managua, Nicaragua's capitol. 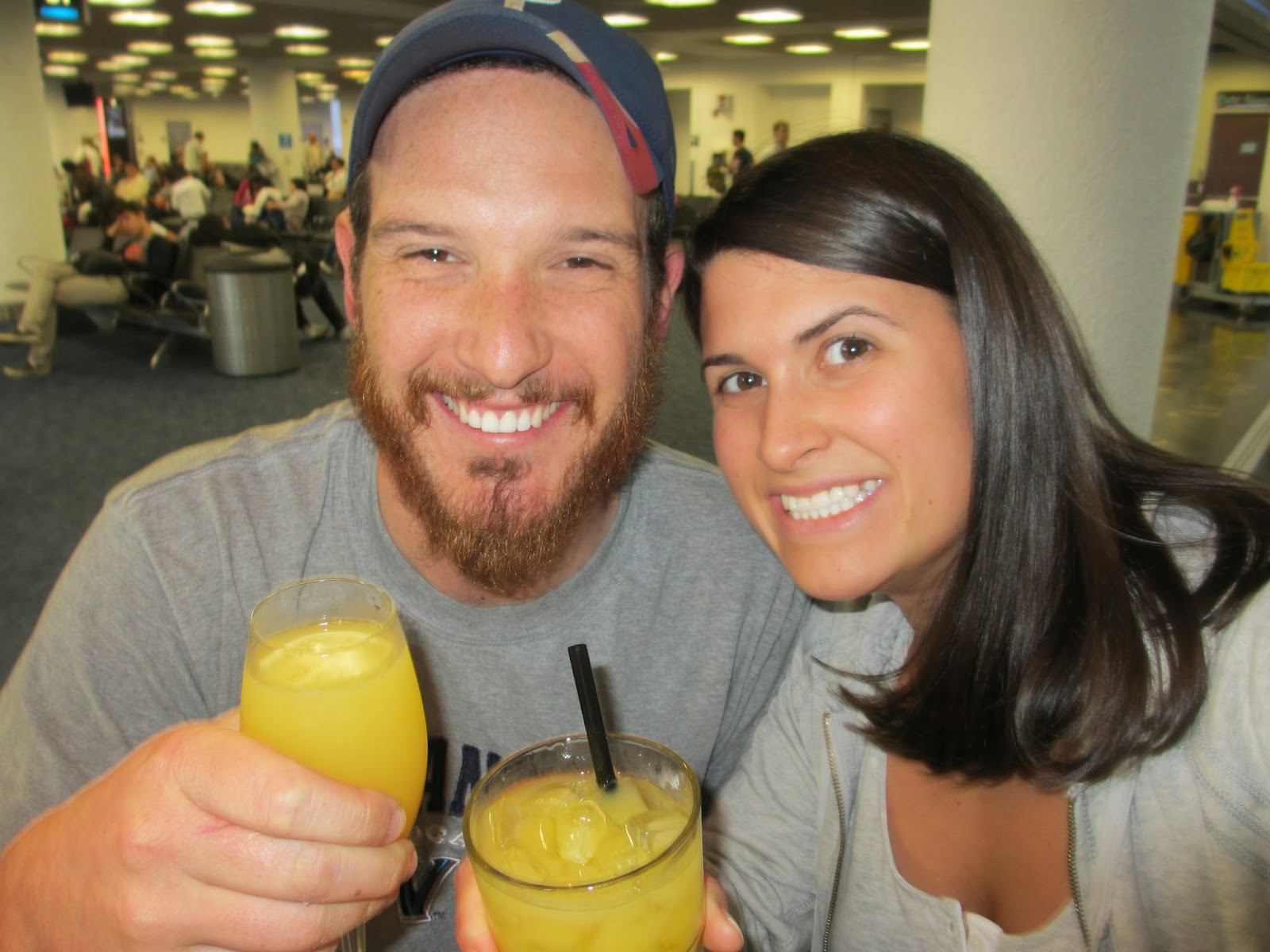 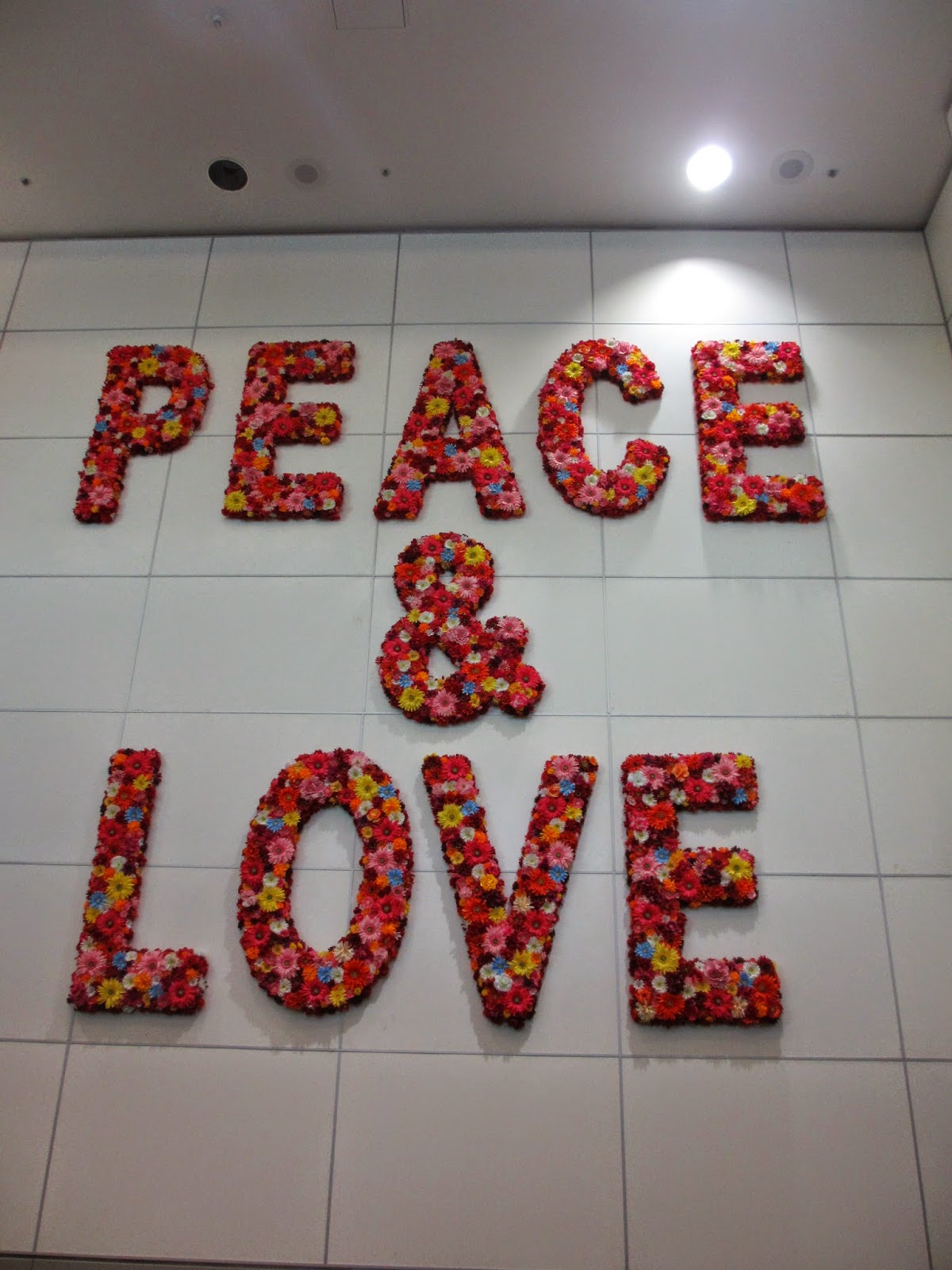 In the Miami airport 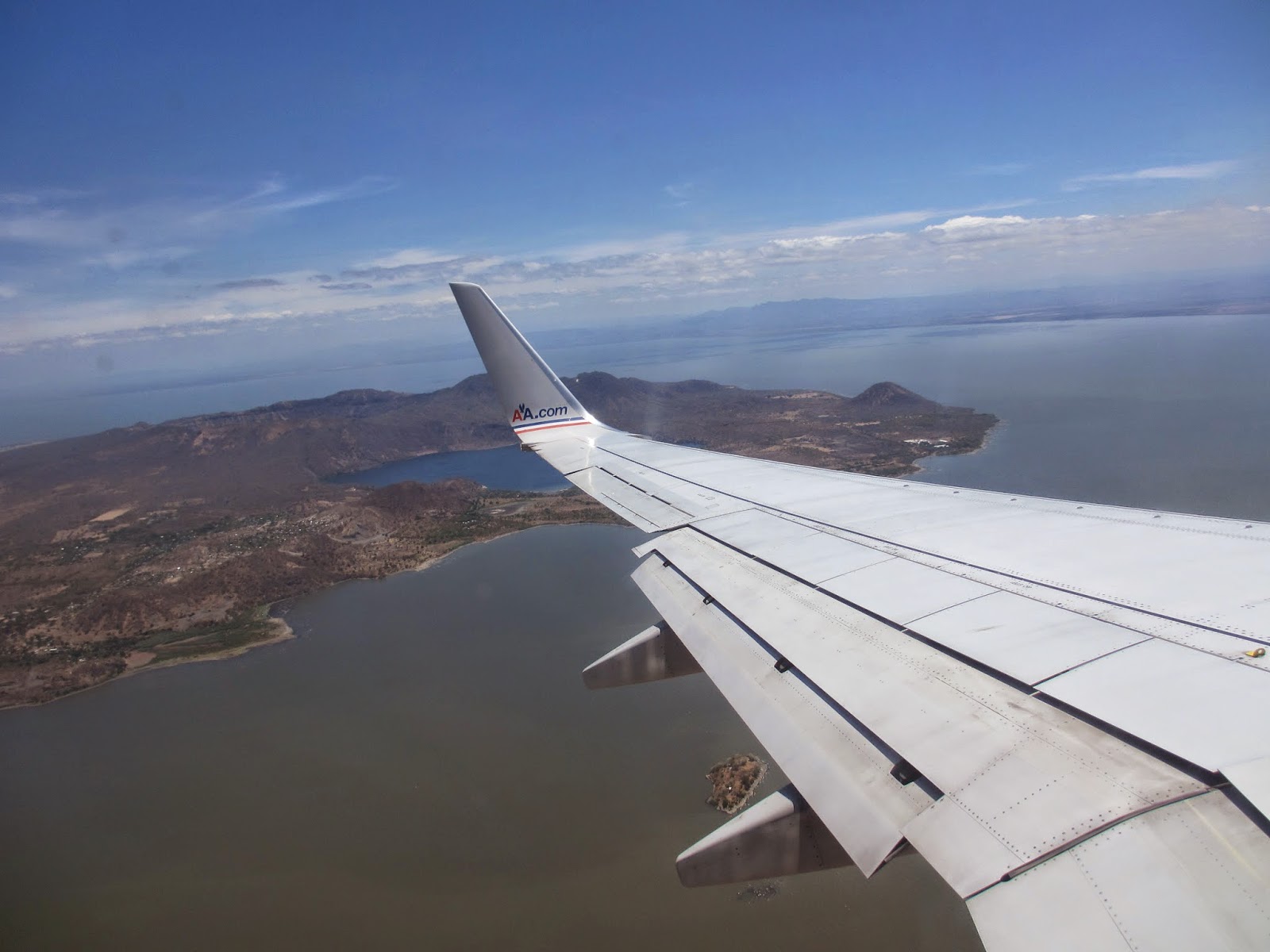 I was a little nervous when we got off the plane, I think going through immigration is always pretty intimidating, but not knowing the language further complicates things.  We made it through fairly quickly and headed into the pick up area at the airport.  We had arranged all our transportation with the owner of the first place we stayed, so we followed her instructions and looked for someone holding a sign with our name on it.  It was extremely warm in this area since it was in the 90s outside and super crowded.  We searched around and didn't see him and in the meantime, I was almost knocked over by a frantic man running after someone carrying his luggage.  At this point, I was feeling pretty overwhelmed, but within minutes we saw "David & Ambar" and I was a bit more at ease. 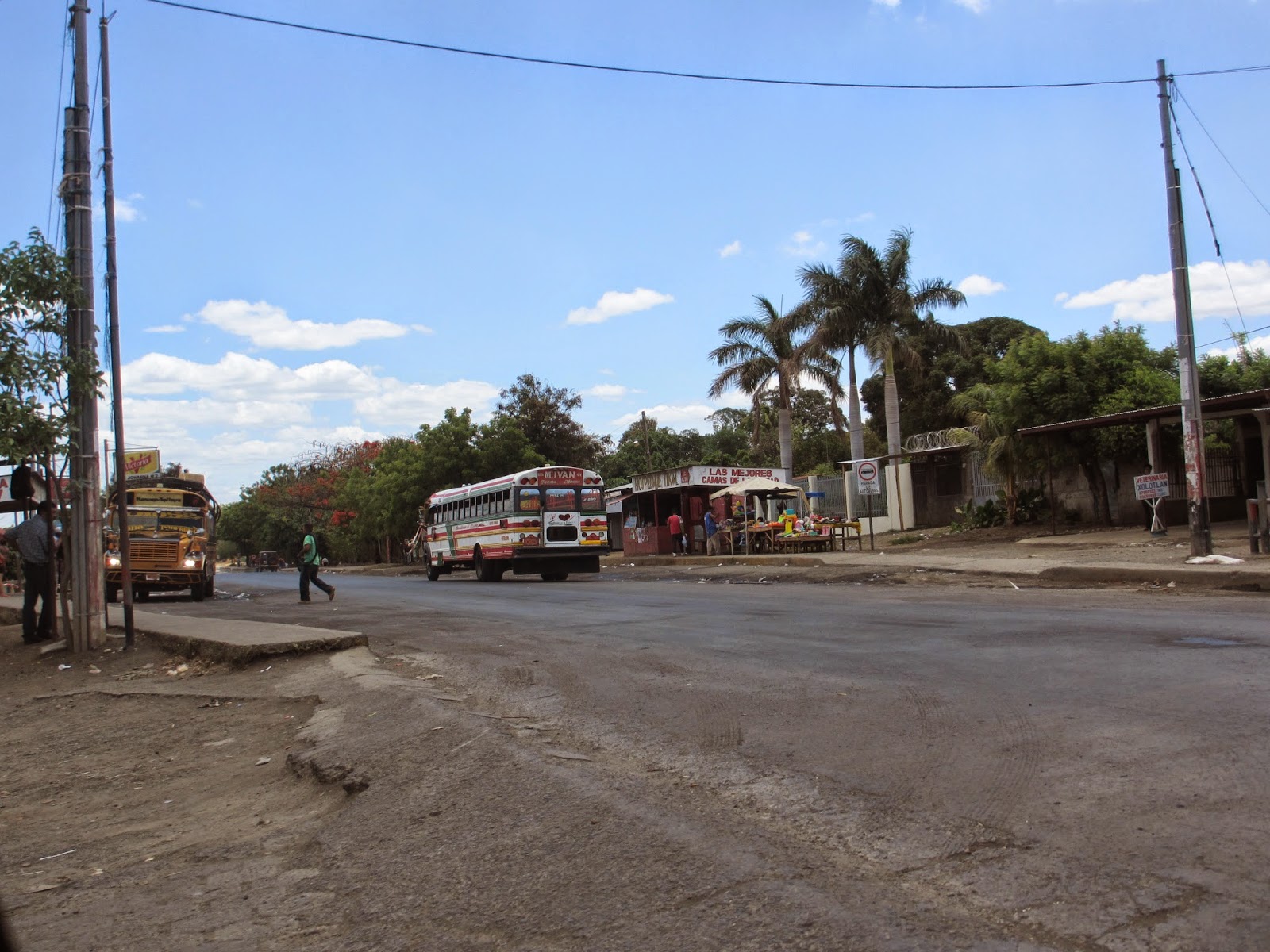 I wish I took more pictures during our drive.

Our driver spoke a bit of English and we chatted a little as we hit the road.  We were eager to get the most out of our trip, so we decided to take a pit stop on our way.  We stopped at Laguna de Apoyo, a large lake inside the crater of the Apoyo Volcano, for some lunch and a swim.  The views were awesome, the lake was very rocky but nice, and the lunch was tasty.  While soaking up the sun there, we also met a couple our age from Nova Scotia. 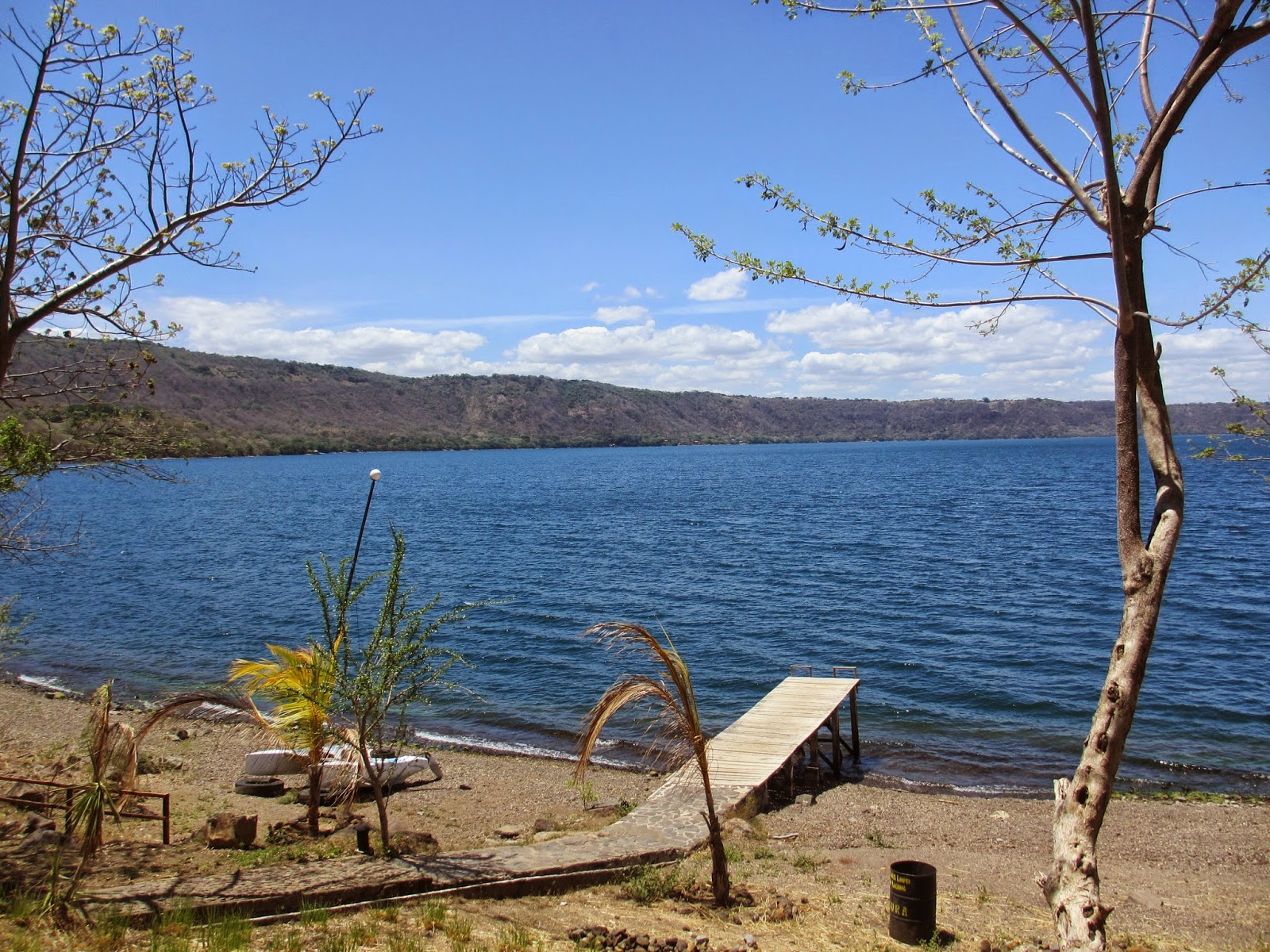 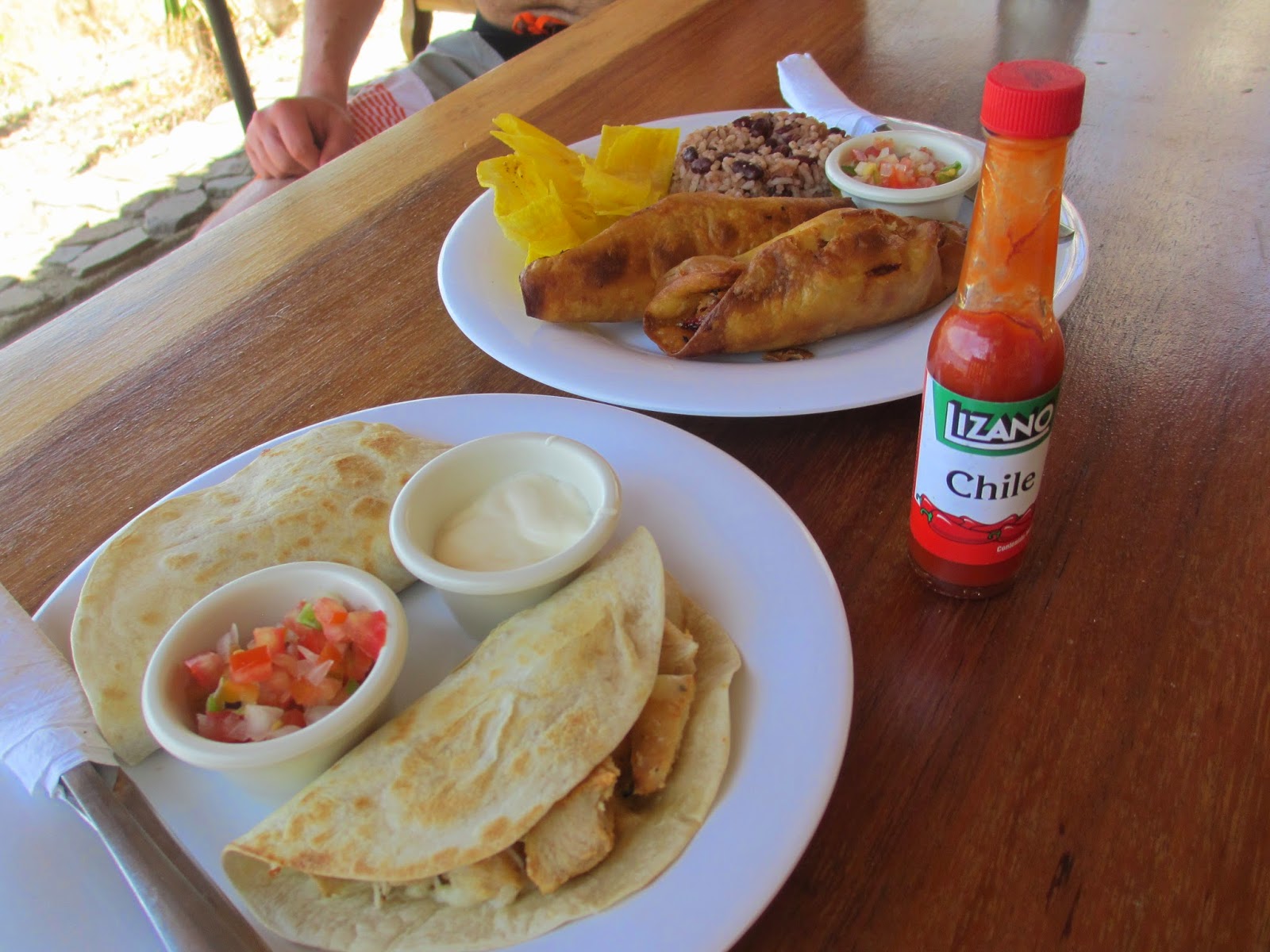 This hot sauce was everywhere in Nicaragua and I was obsessed.
It literally just occurred to me that I can order it on Amazon! 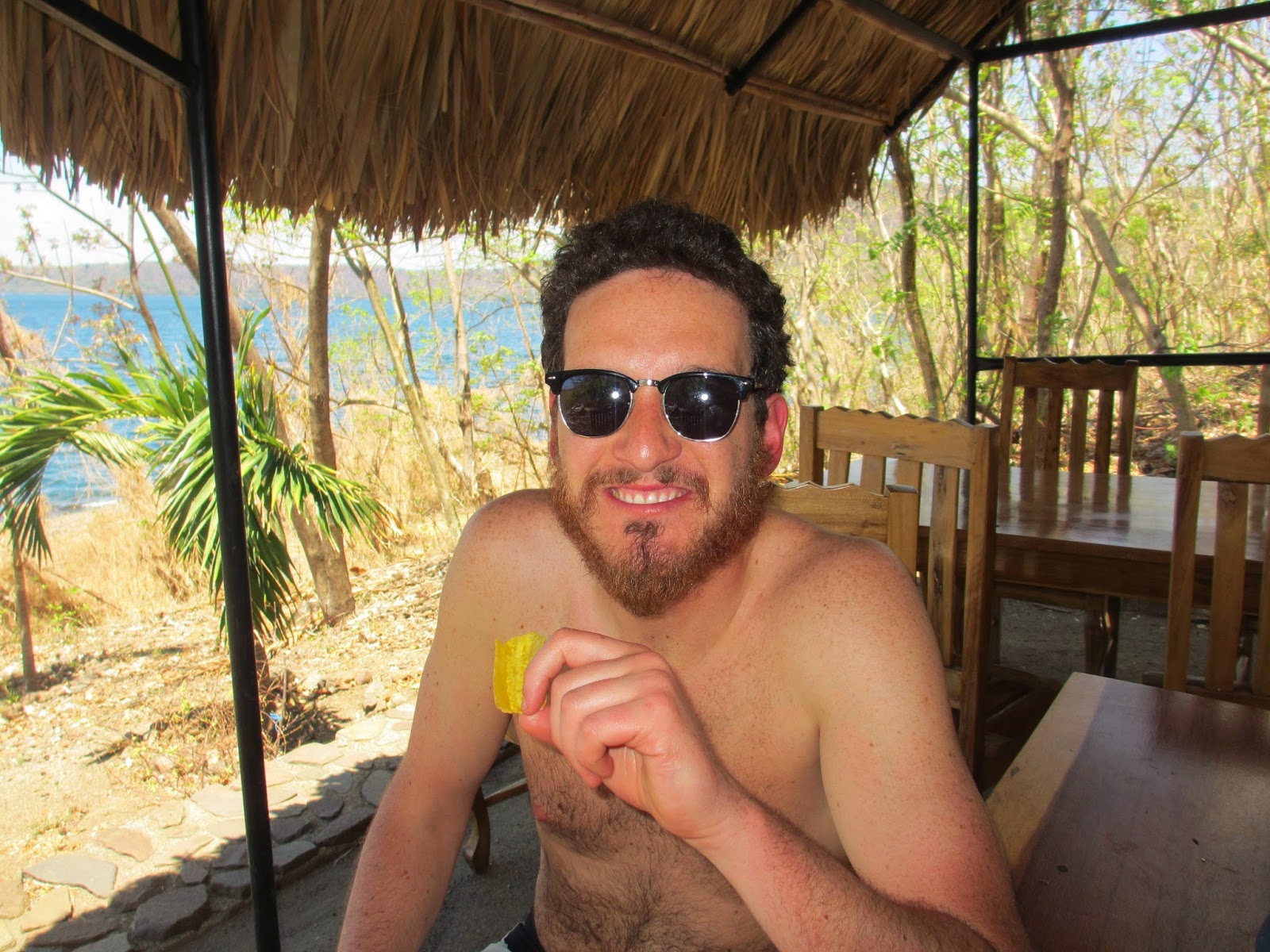 And then we were back on the road.  At this point Dave and I were so exhausted that we both managed to take a nap while riding in the back of the car with all the windows down in 95 degree heat, swerving around random bikes, livestock, and other obstacles.  After two 1.5 hour rides (one before and one after lunch) we arrived at the ferry.

The ferry ride was fairly uneventful.  We chatted with a local who had spent some time living in the states.  Some creepy men spent some time staring at me.  We decided to sit below the deck to get out of the sun and we unknowingly picked some seats right next to the engine, so we did a lot of sweating.  My butt was completely numb from the crappy wooden benches by the end of the hour, but as we got closer, the sight of the island was more than enough to keep me entertained. 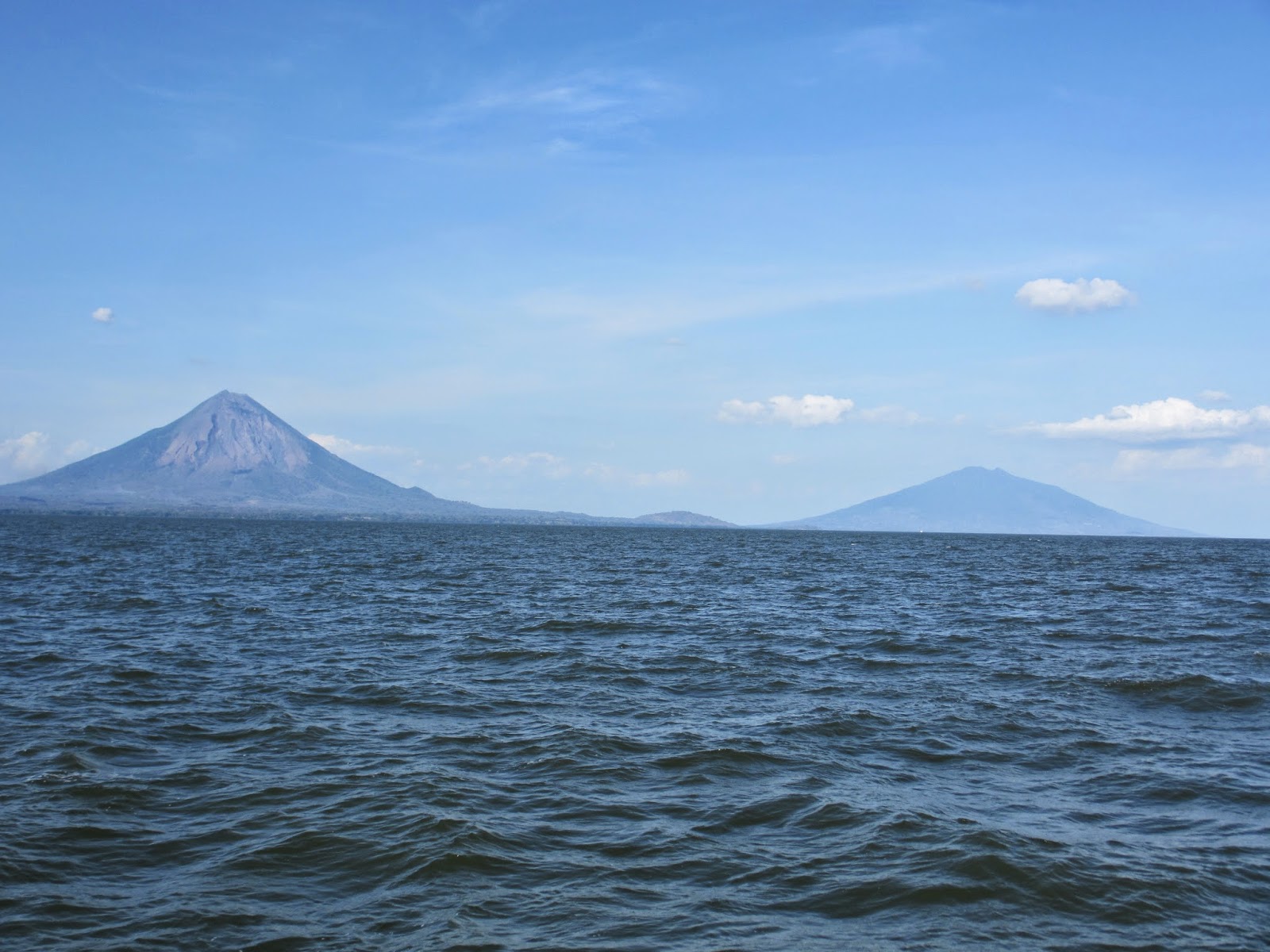 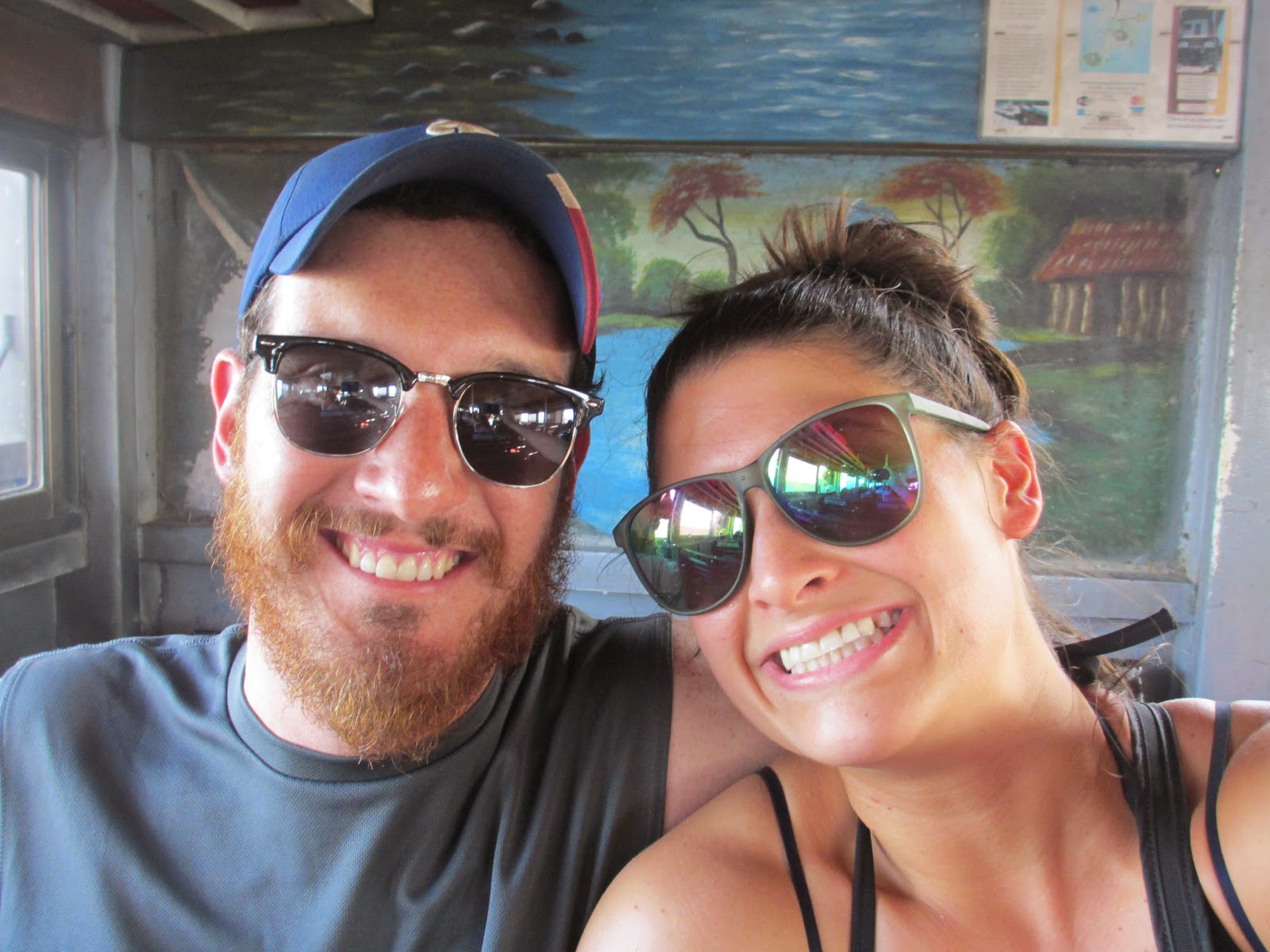 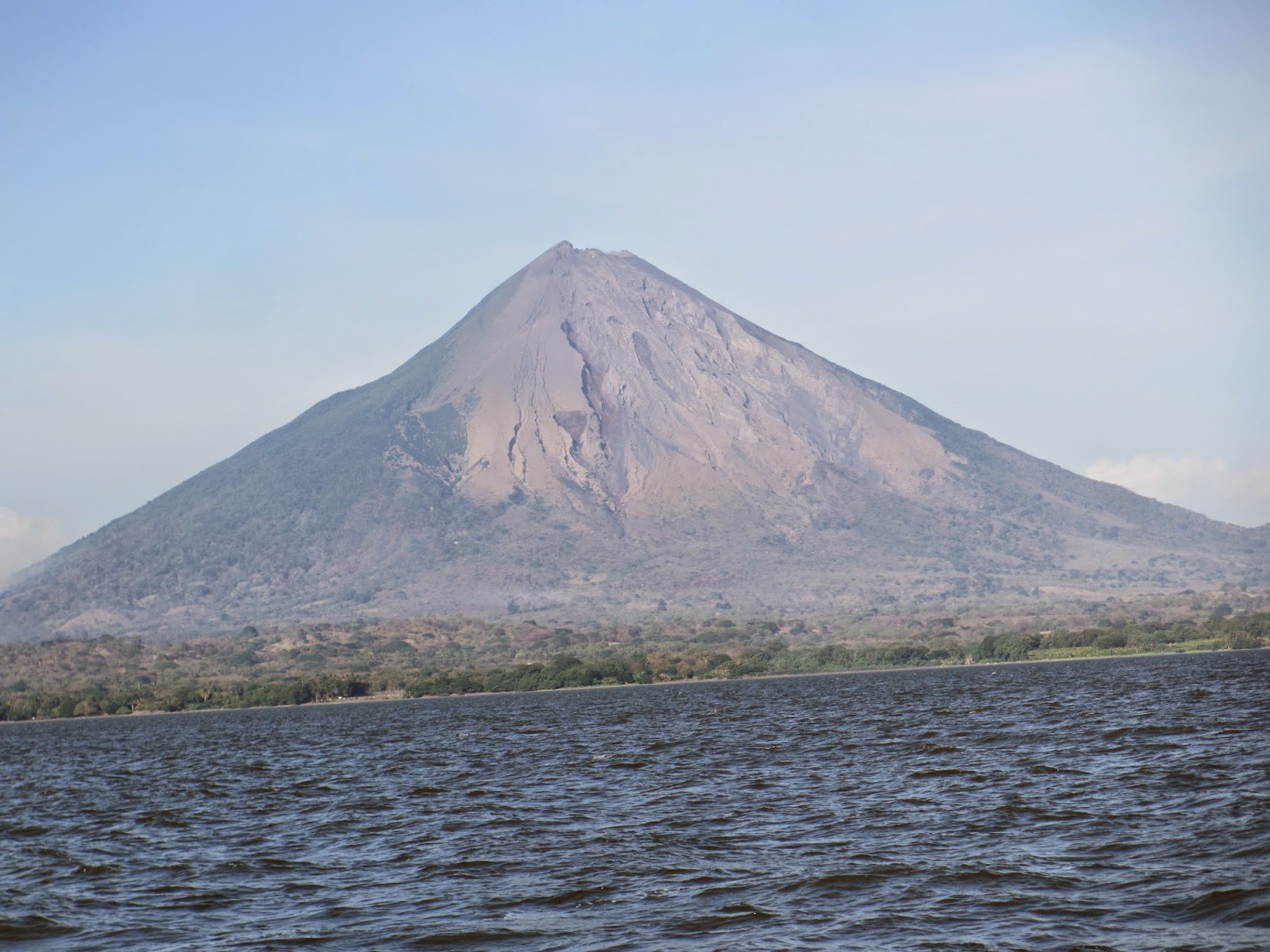 We finally arrived on Isla de Ometepe, a beautiful island in Lake Nicaragua.  But we still had a 45 minute cab ride to our destination!  Our driver was easy to find, we loaded into the roomy van, and completed the final leg of our journey.  Arriving at Linda's Guest House was so relieving!  Our lengthy travels had come to an end just as the sun was setting.  Linda offered us fresh juice and some cold beer and we immediately ran into the lake.  The sunset was amazing, the lake was warm and refreshing, and we were both in disbelief that we were finally there! 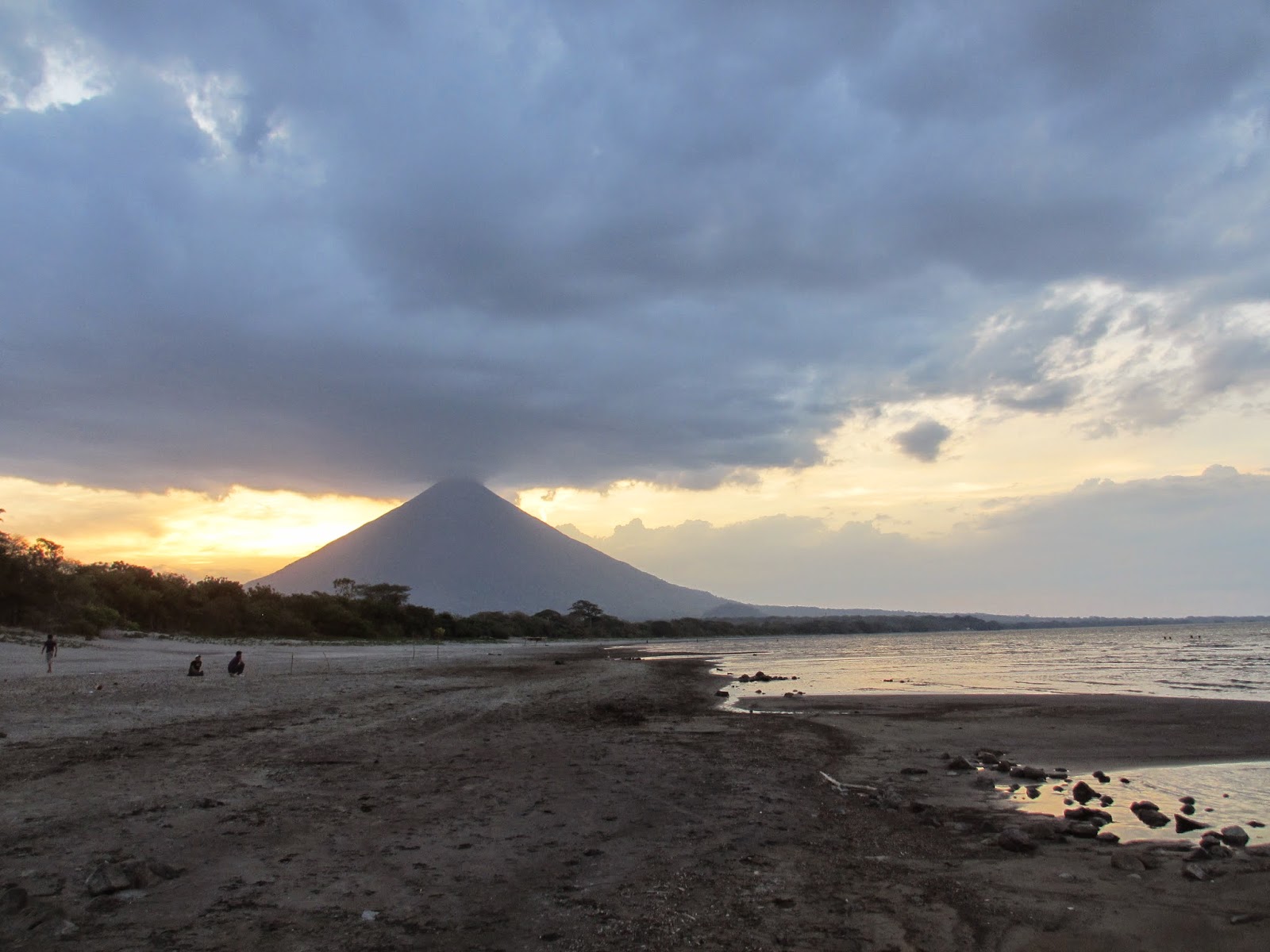 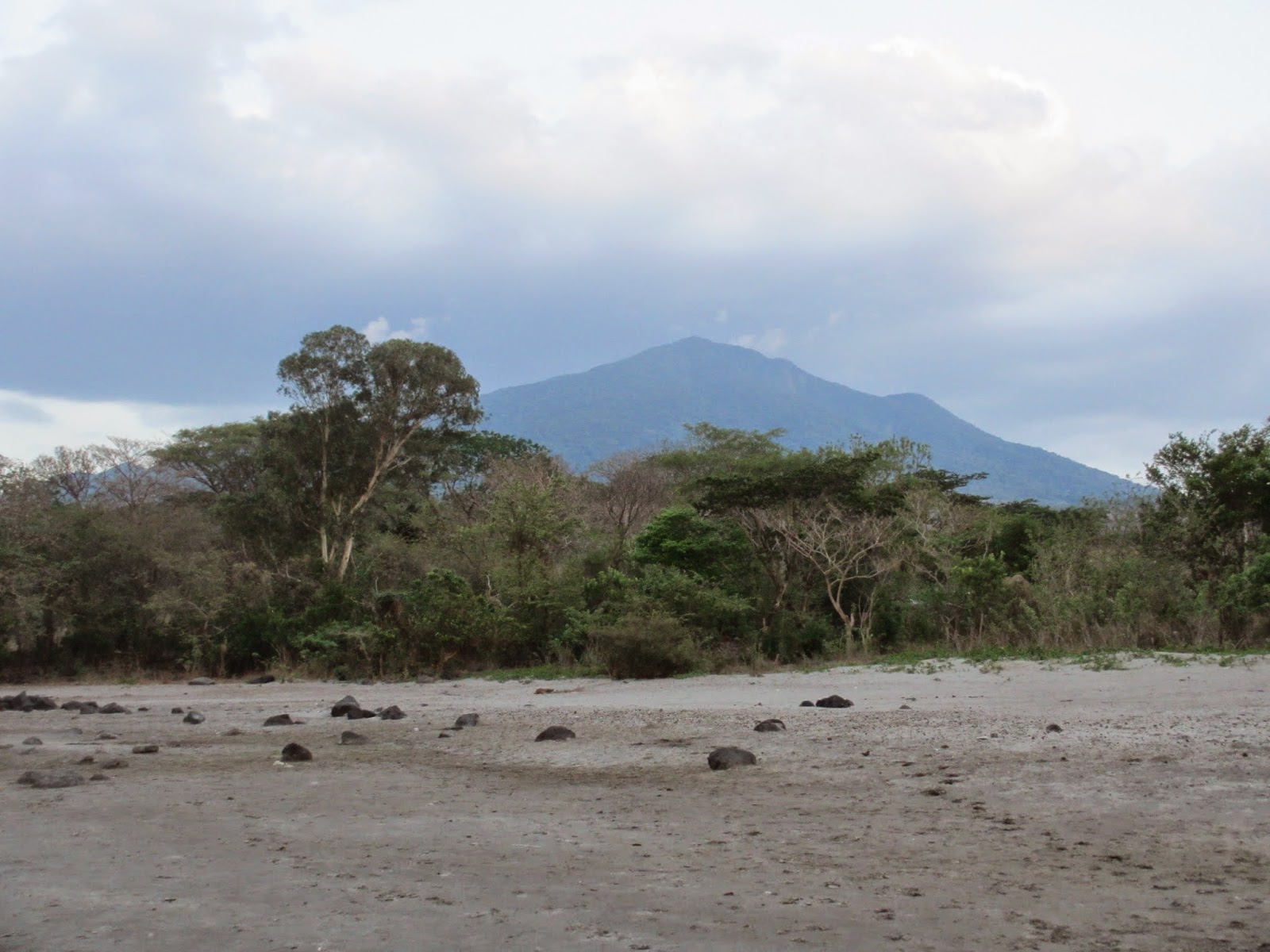 Maderas, the smaller of the two volcanoes on the island. 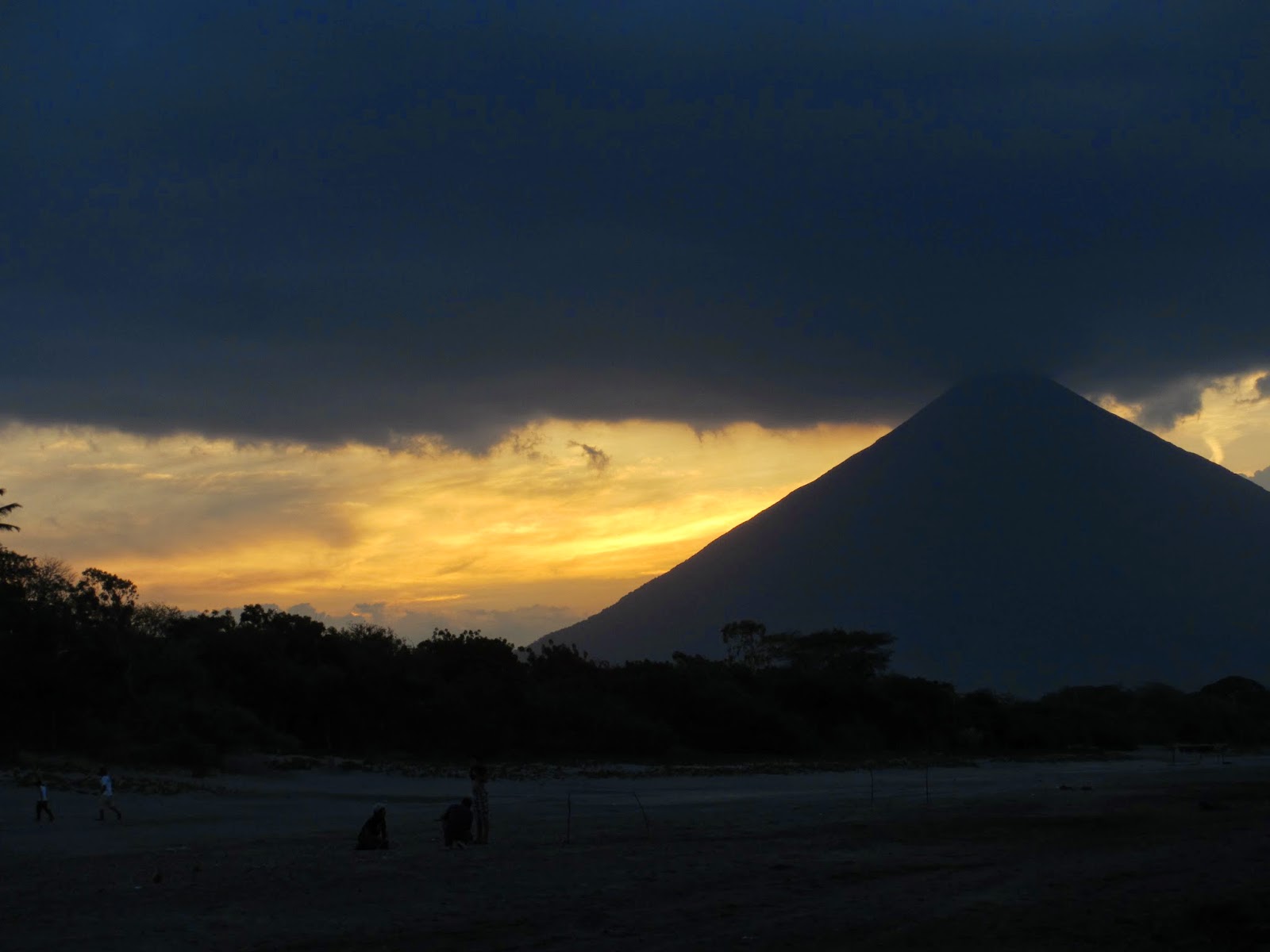 
If you're married, where did you go for your honeymoon?  Have you ever been to Central America?