This past weekend was my last competition as a coach of the Souderton Braves.  Our spring season is always laid back, with only one practice per week.  We work on new skills for next year or this year we're prepping most of the kids for high school tryouts.  Our spring competition is nearly an obligation that we have to get out of the way.  We lost 10 kids from our fall team of 35, which meant adjustments for nearly every stunt group.  Over the past few weeks we've had some stressful practices, so when we were at the competition, I was sort of just happy knowing that it would be over soon.  Until it was.  The rest of the coaches had been tearing up all week, but it wasn't until the gym was clearing out and we were hugging all the girls goodbye that I found myself in tears.

This season was a bit of a rollercoaster.  After winning Nationals last year, the bar was set so high for our squad.  We started the season with a rough performance at our local competition, but with no one in our division, we hit the minimum score and moved on.  At Regionals, the performance was a lot better!  There was still a few things to clean up, so I wasn't too sad about our second place finish.  The team that beat us was extremely clean.  I thought their routine was more on the simple side, but they truly aced it... except for the girl who puked all over the mat.  She stopped them mid routine.  They got to perform again and supposedly the score from the first performance was merged with the post-puke portion of the second performance.  At this competition the third place team was also very good, so when they announced us as second, we were just happy to be invited to Disney again. 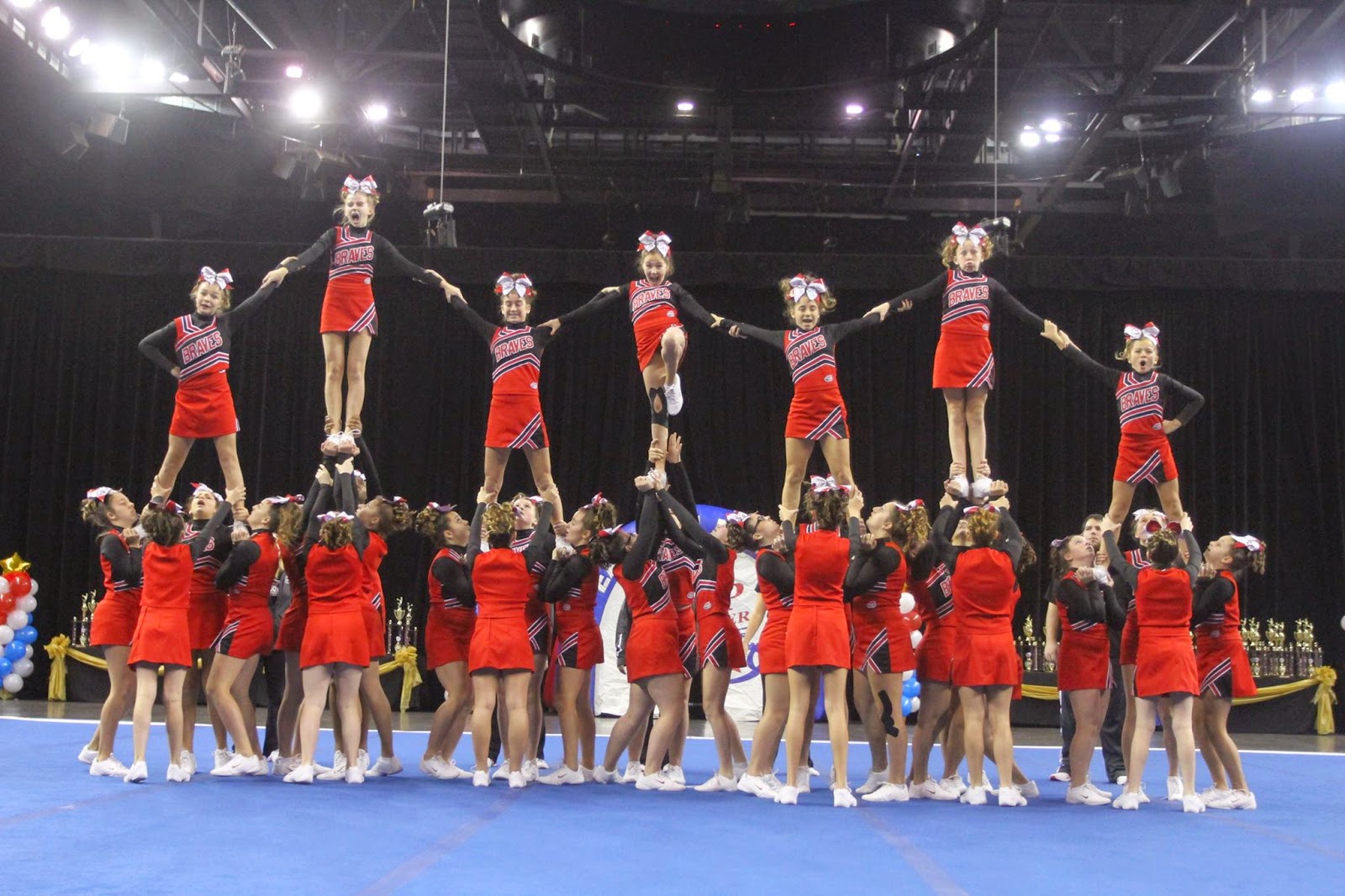 At Nationals the girls rocked the floor!  It was their best performance of the year and they really looked amazing.  We had random people coming up to us telling us that we should go buy our champion t-shirts and bows because we obviously had it in the bag.  Well we didn't.  We got second place to the pukers.  There was a long delay before they performed, which had everyone speculating that the same issue had arisen behind the scenes.  Finally they took the floor and not soon after they began, guess what happened?  At least she didn't puke all over the mat this time.  She ran off the floor leaving a group of girls without their full stunt group, so throughout their entire routine one stunt group just stood there marking their stunts.  Maybe I am a callused competitor... I mean I felt bad for them at Regionals, but when the same exact thing happened again?!  Maybe that girl should pick a sport that's not based on adrenaline, just saying.  My sympathy was gone and instead I find myself still filled with rage that they were not penalized at all for it.  Our team had a participant with strep throat who literally couldn't breath through the performance.  Did she run off the mat mid routine?  No, she sucked it up and came through for her team!  I suppose next year we could just pick whatever stunt group is struggling and tell one of the girls to run off the mat pretending to puke.  #soreloser

I know.  Second place in the nation is nothing to be sad about.  I just honestly think we were better!  Their routine was vanilla, it was super simple and didn't have any extra pizazz.  I can't even think about the competition without getting emotional and angry.  Why oh why did I have to fall in love with a sport that is solely decided by a few judges' opinions?  On a brighter note, we did get the high score of the day for our stunts, beating the pukers and a bunch of squads in the more advanced division above us! 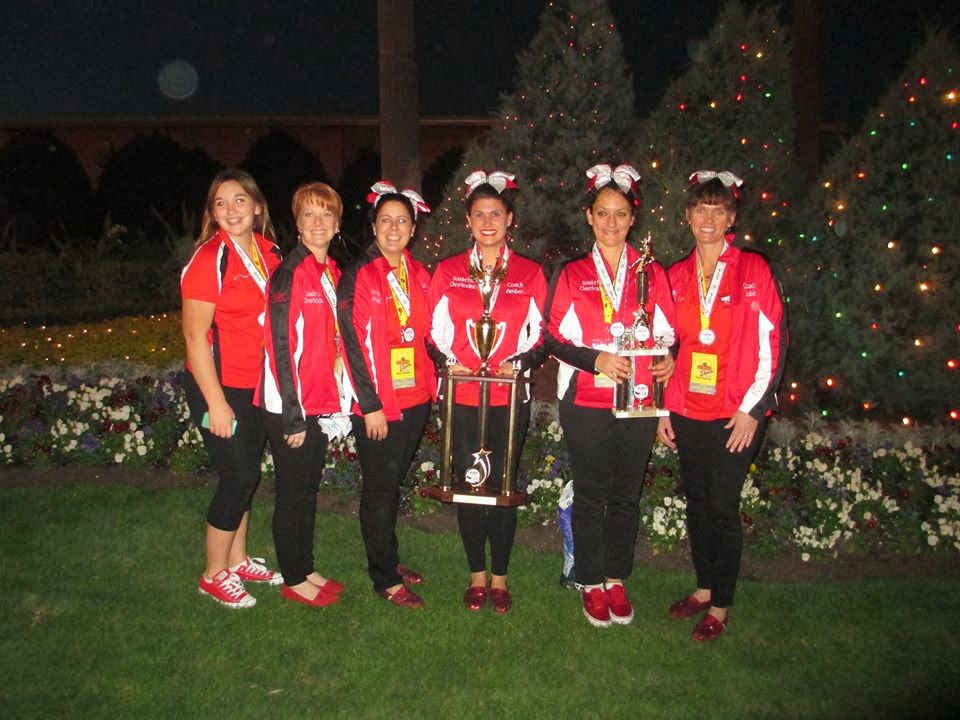 This was my 15th season coaching for this organization and my last.  Since moving out of my parents house 3 years ago, the 40 minute commute home from practice has really worn me down.  Every Tuesday, Wednesday, and Thursday I would leave my house in the morning (sometimes before 6 am if I was headed to the gym) and not return until 9:30 pm or later.  When I got home, it was time to pack my stuff for the next day and go to bed.  Not to mention, convincing 35 13 year olds to stop talking and actually focus can be beyond frustrating.  I still plan on participating in our spring season, but after that I want to take the next year to spend time with my husband, cook healthy meals, hit the gym, decorate my house, and plan our trip to Italy!

Coaching has been one of the most fulfilling things I have ever done in my life.  Watching a timid, unsure girl transform into a strong, confident leader.  Admiring the perseverance of a group that’s struggling, but won’t ever quit.  Seeing the visions in my head come to life on the floor.  Witnessing my team mastering things they never thought possible.  Developing amazing relationships with the girls, coaches, and parents.  Feeling intense pride when I look at my team and know that they have worked so hard!

Stepping away makes me extremely sad, but it also offers me a sense of relief.  I know I'll coach again one day, but right now I'm looking forward to having the extra time to take care of myself.