Highlights from My Week 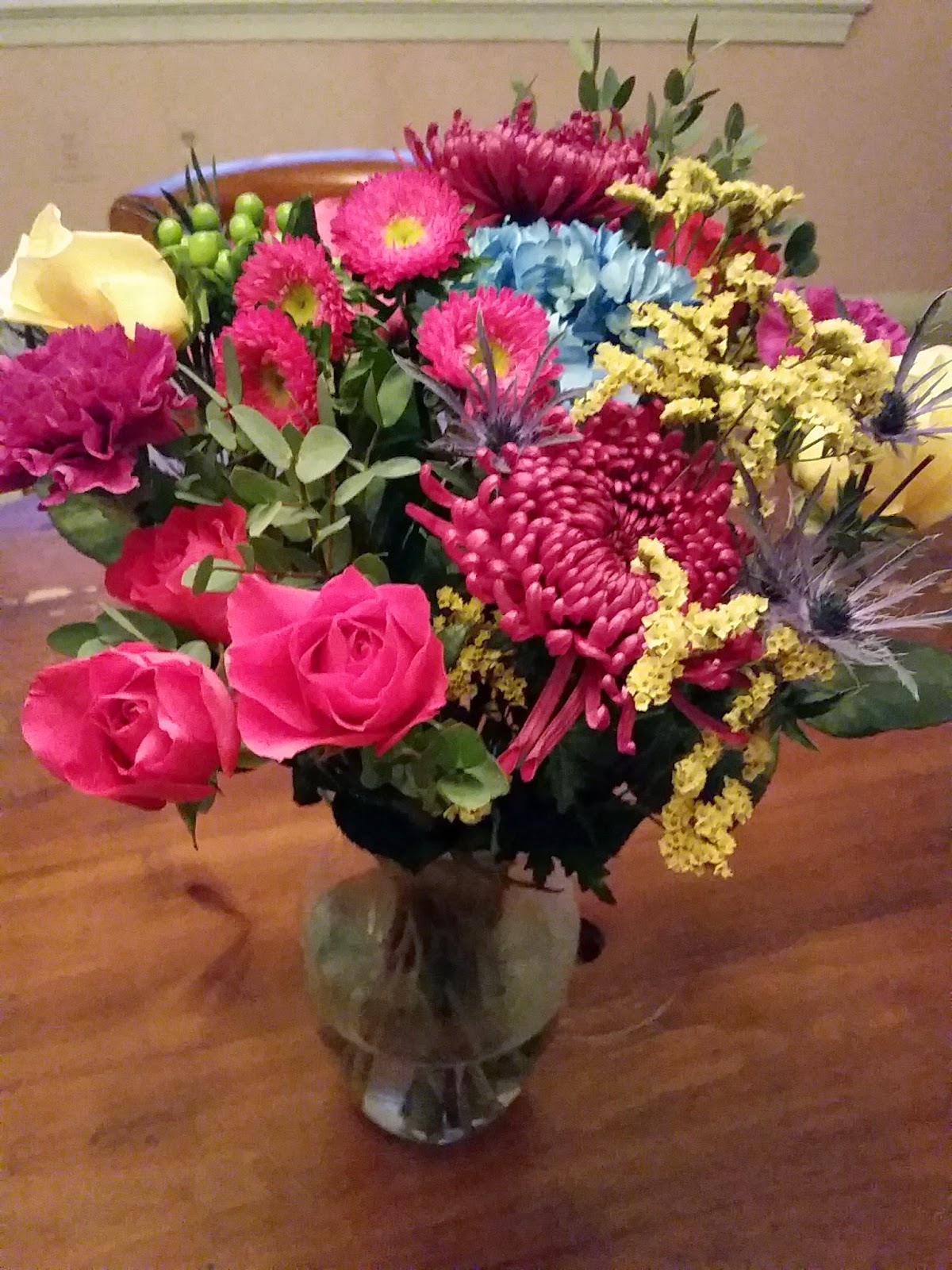 Do people still celebrate dating anniversaries after they get married?  We did.  That gorgeous bouquet above is from my sweetie!  Dave and I celebrated 5 years of dating by heading into the city for a Sunday funday last weekend.  After almost killing ourselves trying to conquer a completely iced over pedestrian bridge at the train station, we cruised into the city and our first stop was Fado's Irish Pub for a boozy brunch with Michelle and Alex.  The mimosas and bloody marys were bottomless, the food was rich, and the (still drunk from last night?) soccer fans were very entertaining.  Unfortunately my camera randomly stopped working mid brunch without anything happening to it :/ 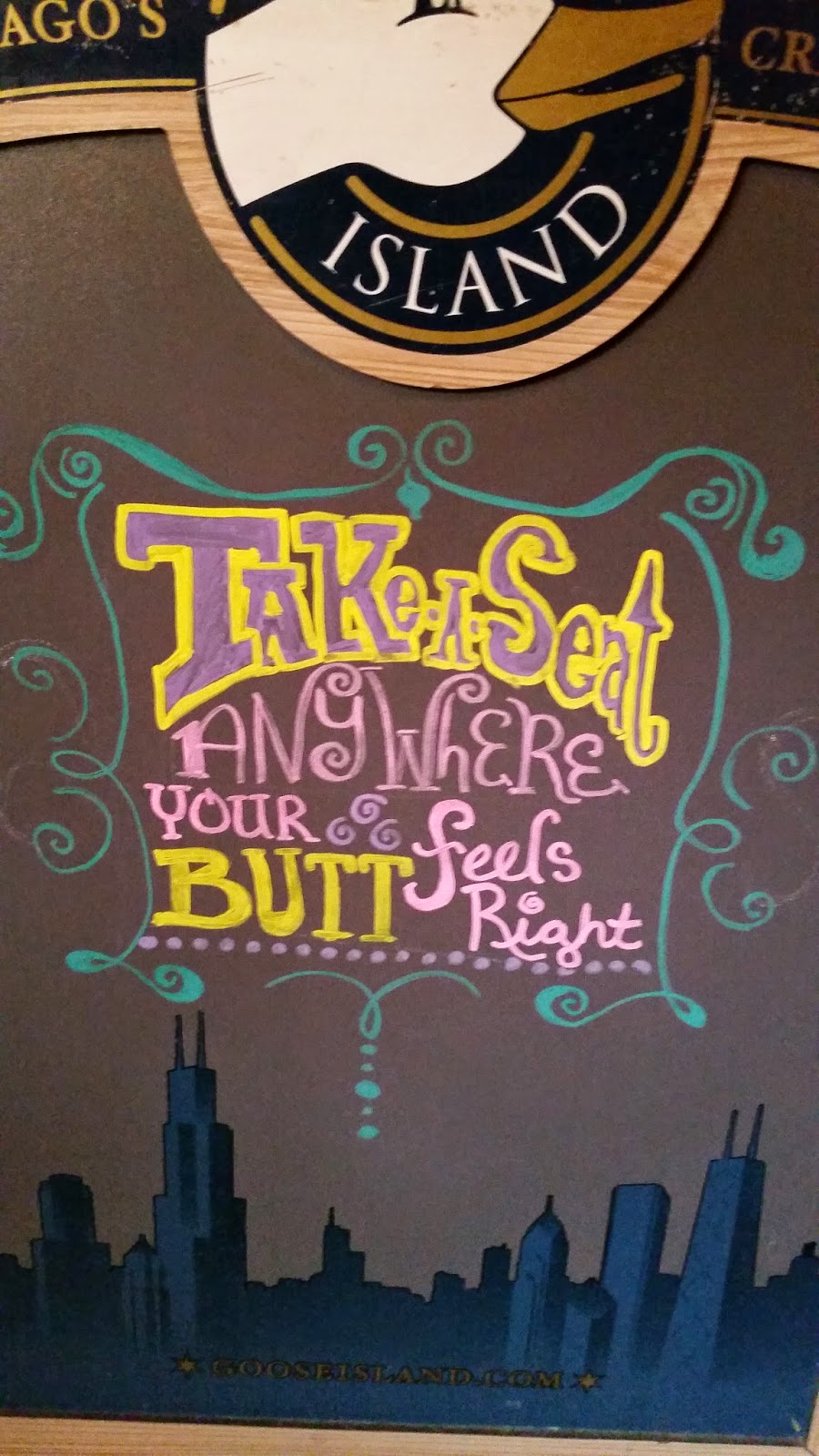 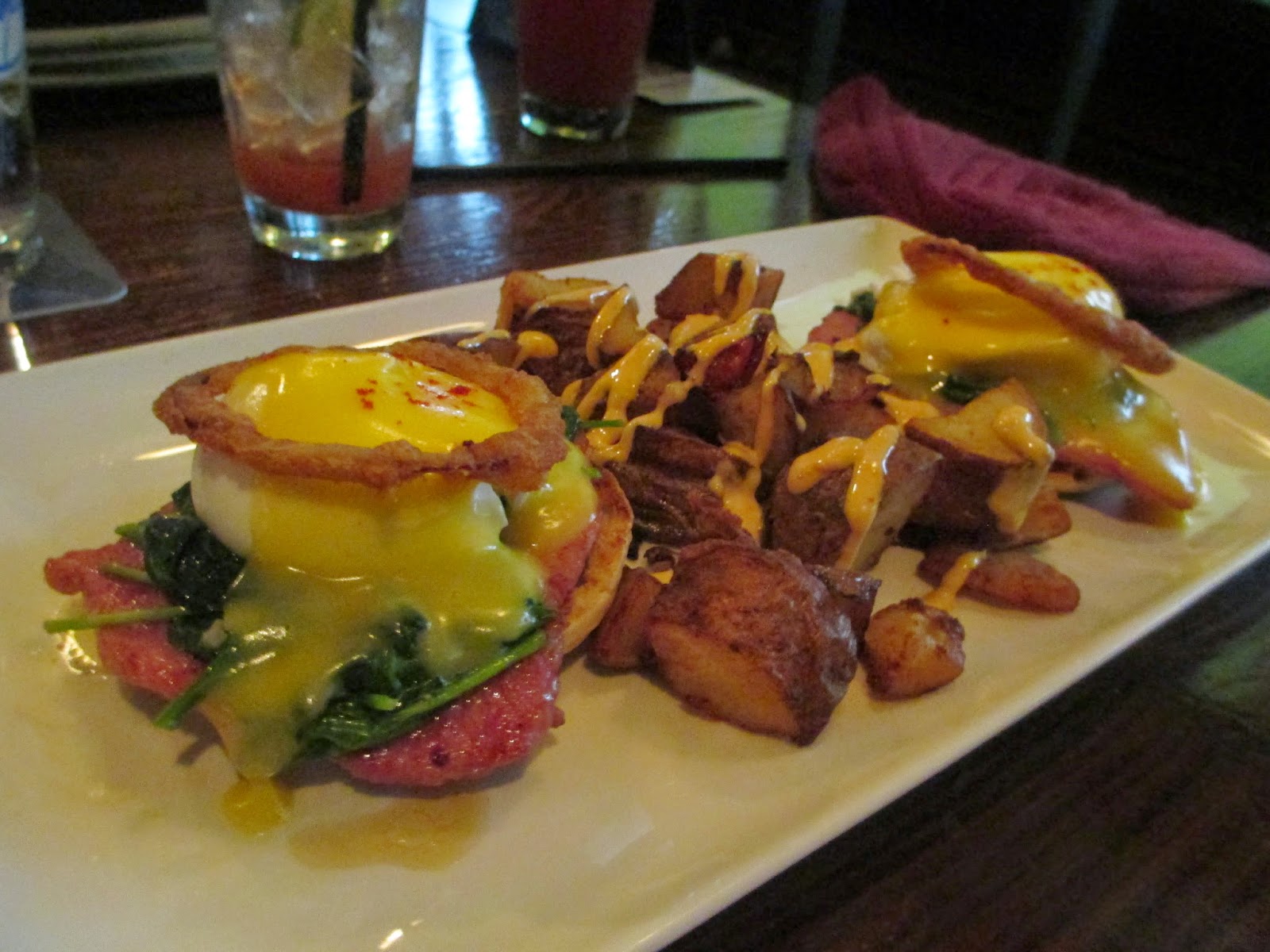 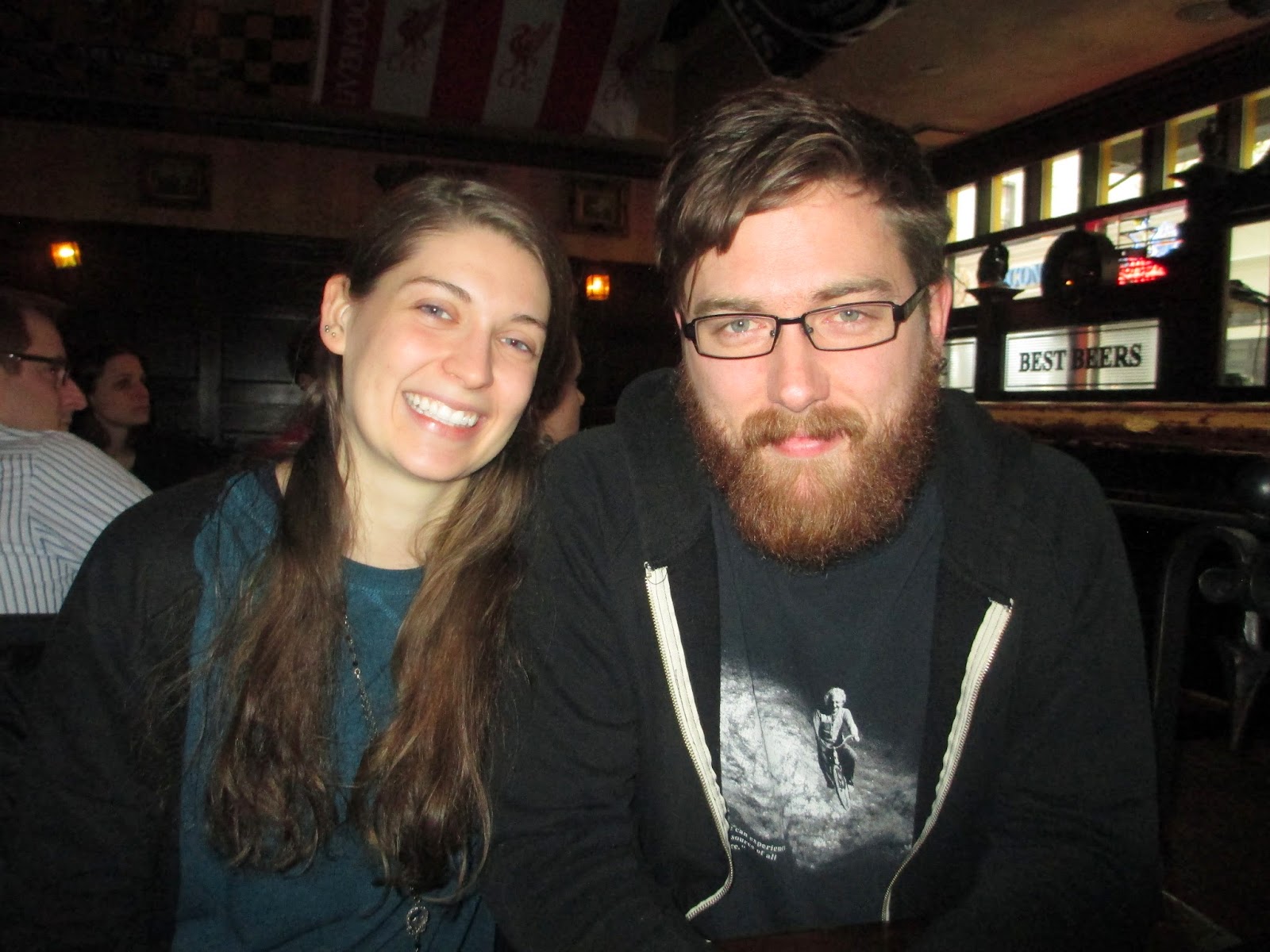 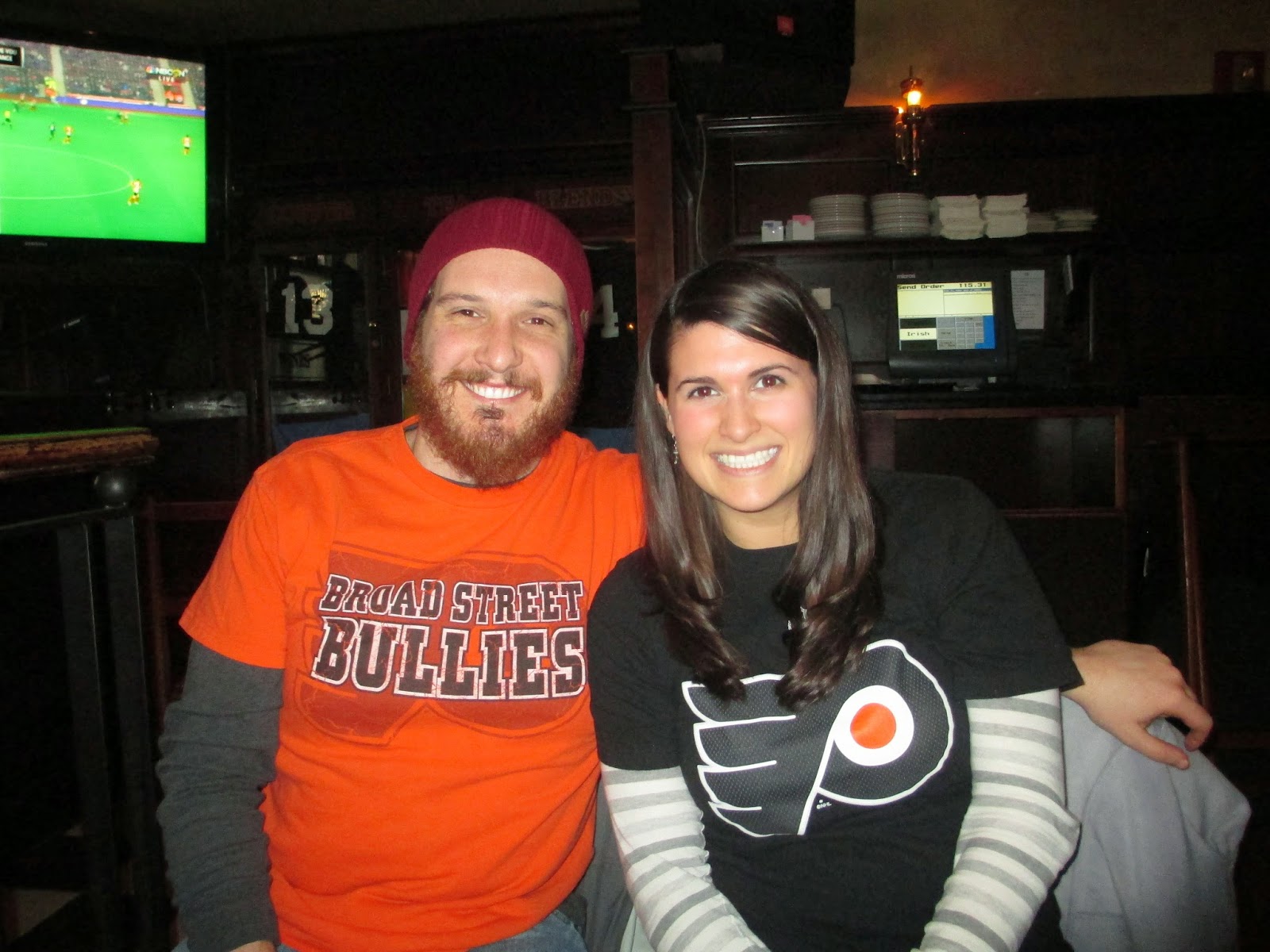 After that we headed to the Wells Fargo Center and actually got to watch the Flyers win a great game!  Last time we went to a game, it seemed as if the team forgot to show up, so this was a treat. 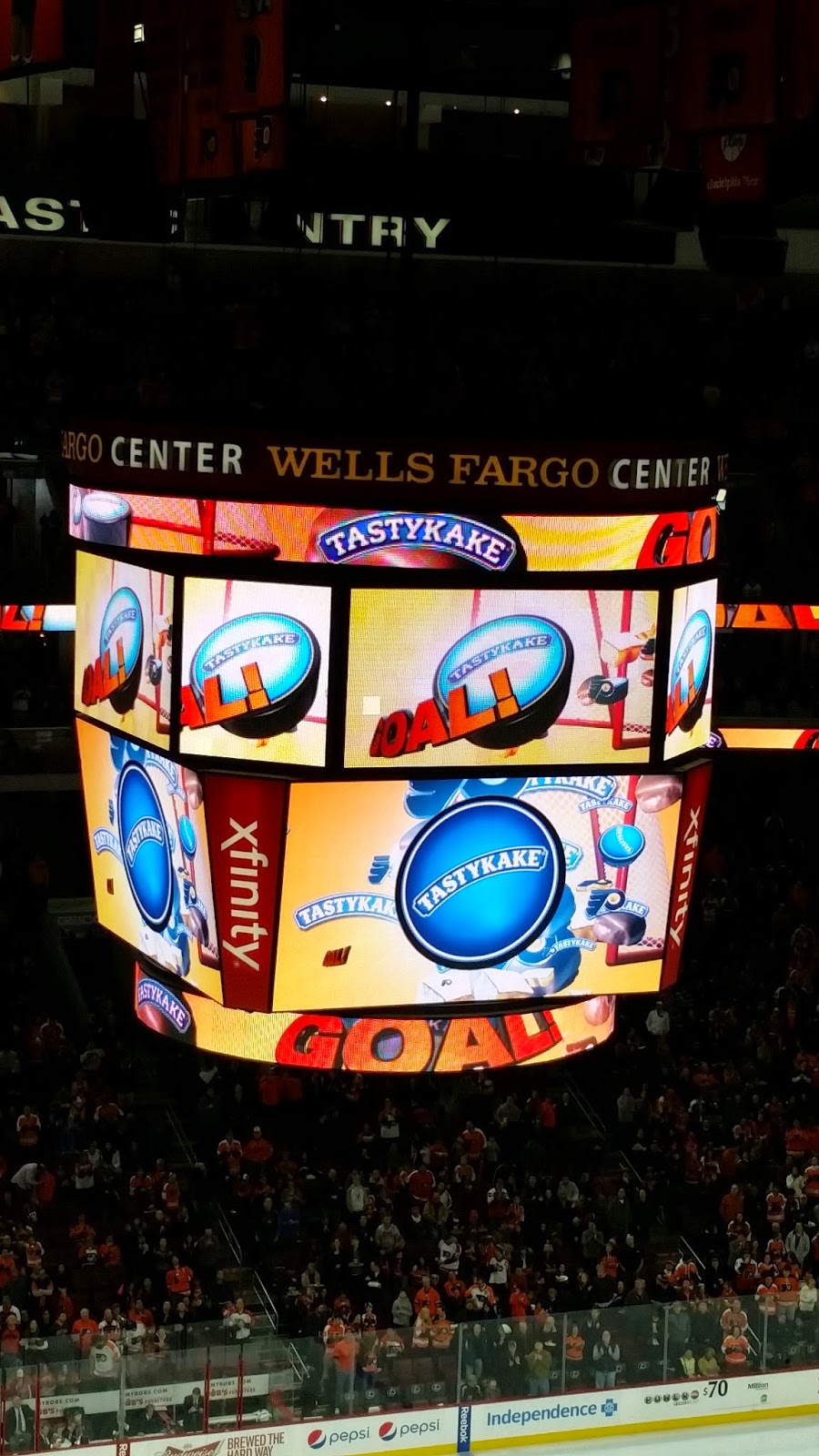 When we left the stadium, it was almost 50 degrees which felt like t-shirt weather!  We finished up our time in the city by grabbing a bite to eat at Victory in Xfinity Live and finishing our drinks outside in the sun.

My week started out fairly uneventful, but on Tuesday there was some action!  I left work a little early to head to the chiropractor before cheer practice, but while I was cruising up 476 I heard an awful noise.  I crossed 3 lanes to get into the shoulder and just as I was coming to a stop, the entire tread ripped off my tire!  Forget getting a flat, my whole tire basically flew off!  I didn't even know that could happen!  Thank God I was able to pull over when I did because I did not bend my rim.  I am also so thankful that I wasn't in the 2 lane construction zone with no shoulder that was only a few miles up the road.  And I was lucky it was a rear tire because when that happens to a front tire, apparently it's a lot more dicey.  My knight in shining armor came to save me with the help of a police man and service truck to give us some cover.  It was pretty nerve wracking watching Dave change my tire while people whizzed by him doing 70 miles per hour.  Public service announcement: PLEASE change lanes if you see someone stuck on the side of the road, especially if they are squatting down 2' from the edge of your lane.  I immediately drove to Creamery Tire and was in and out.  They are the best.  I was even able to still squeeze in a session at my chiropractor where they tried a new technique on my back.  I'll have to post more about that when I figure out what it's actually called.

On Thursday I took a long lunch and went to check out a local farmer's market called Super Gigante with a coworker.  I picked up a ton of cheap produce and what I'm really excited about is finding lots of organ meats and bones!  I've dabbled in making bone broth from whole chickens or random leftover thigh bones, but I've been wanting to try to make beef broth.  I also know how nutritious organ meats are but when I finally got up the nerve to even think about trying them, I couldn't find any in the few conventional grocery stores I looked in.  I plan on sneaking some liver into dinner sometime in the near future.  These burgers are 1/3 ground beef, 1/3 liver, and 1/3 bacon.  With that kind of bacon ratio, how bad could they be?  I've also been checking out these garlic chicken livers, very simple and the recipe has so many glowing reviews.  I'm not telling Dave lol. 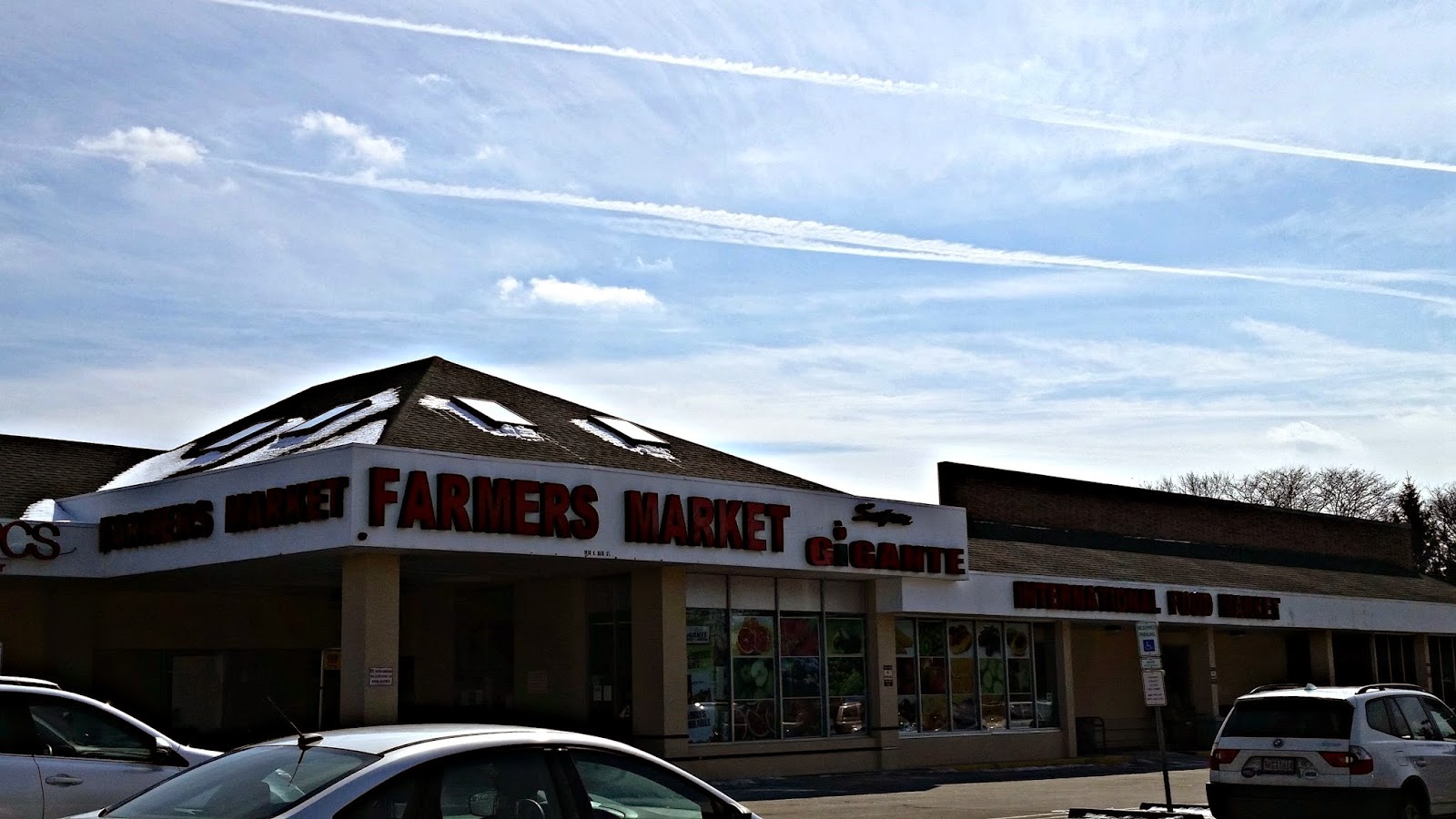 This week also marked the beginning of the 2015 CrossFit Open!  When they posted the first workout (+ a bonus workout) I was feeling kind of anxious. 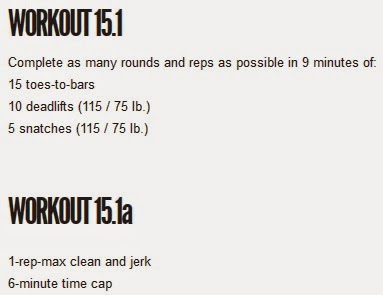 My recorded max snatch is 80 lbs and although I know my real max is higher than that (just haven't had the chance to really try it), 75 lbs snatches sounded heavy!  I was also intimidated by the toes to bar (which is exactly what it sounds like: hang from a bar, swing toes up to bar).  I didn't think I could really do them.  I have the kipping motion down but my toes don't usually make it anywhere near the bar.  This is the first year there's a scaled division and the scaled WOD was 55 lbs for women with hanging knee raises instead of T2B.  I really wasn't sure if I should Rx or scale.

I was also nervous about my linger back issues.  Lighter weight deadlifts are supposed to be connected (as opposed to just dropping the weight every time), which isn't always great for my back.  And let's not forget maxing out a clean and jerk after a grueling WOD!  That was really my biggest worry.  My back has been touch and go with cleans and for some reason my forearm was hurting last week too.  And to top it all off, I really didn't get enough sleep this week.

When I got to the gym at 6 am, I was itching to ask my coach for advice.  She asked to see my T2B and some snatches (and offered me her personal barbell to use) and recommended that I Rx it.  I agreed that I should, but it immediately made me super nervous!  We went in 2 heats and I had to go first because I needed to get it over with so I could stop stressing.

The workout went great!  The T2B were hard and slowed me down since I was doing them one or two at a time, but I did them!  The deadlifts were the easy part.  The snatches were definitely heavy and I struggled on a few of them, but I'm so glad my coach pushed me to Rx.  It was definitely the right choice.  And using her bar was nice too, it's made for women so it has a smaller diameter which helped me grip it.  This WOD was all about grip and it definitely made a difference.  I got through 3 rounds + 3 T2B but after the 9 minutes were up, it was time to max out!

After our workouts, I'm typically laying on the floor for a bit before I can even sit up and grab a drink... NOT maxing out an olympic lift!  We had 6 minutes to work up to our max, so it was a little bit of a puzzle to add enough weight at a time to not waste your energy doing a bunch of non max reps vs. adding too much weight at a time and not being able to do it.  I put too much on my bar during one of my jumps, couldn't do it, and immediately ripped off 10 lbs.  Apparently I get really mental during max cleans and I bailed a few times on what I thought might be my max for the day.  I didn't count the plates while this was going on, I couldn't waste the time or mental capacity, so I really didn't know how much I was lifting.  After a few bails, everyone in the gym was sending lots of encouragement my way and I told myself I could do it.  And then I did!  The jerk was a little bit of a struggle but I muscled it up there.  I tried to add another 5 lbs on the bar in the last 30 seconds, but I couldn't get through my mental crap.  When I added up the weight, I realized I lifted 125 lbs for a 5 lbs PR!  I'm still not really comfortable dropping into a full squat when I'm cleaning or jumping into a split when I jerk, both of which would put me lower when I catch the bar, so I wouldn't have to lift it as high allowing me to lift more weight.  So I think I still have a lot of room to grow on my maxes.  Also my back didn't hurt at all during the workout :) 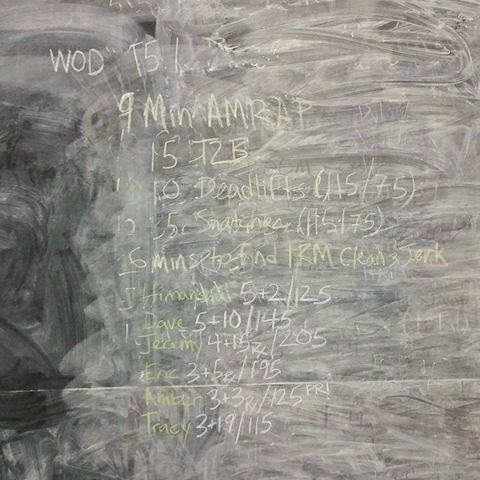 This weekend has been whirlwind of fun events including an epic fajita feast with some of my coworkers and a fun day in the city that involved helping our friend propose to her girlfriend!  It was awesome but I'm glad our Sunday will be filled with church, family, and rest. 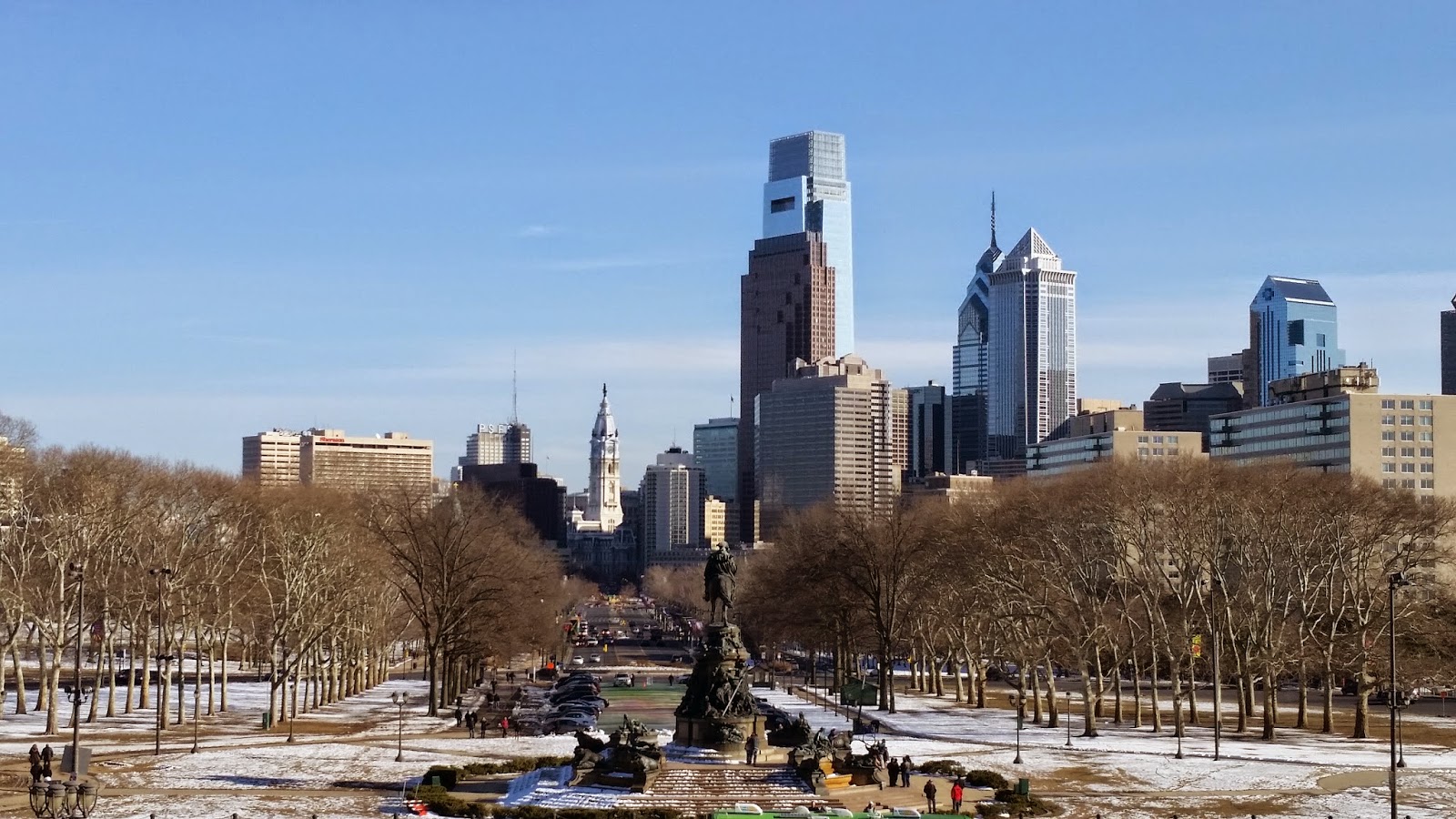 What was the highlight of your week?