Day 21, Sunday 1/25/15 - I've been wanting to go to CrossFit on a Sunday for a few weeks now since they've been doing the barbell club meaning the workout is based on heavy lifts and there isn't a WOD, but the timing is really tight with church and I decided meal prep was more crucial.  I plopped some beef in the crockpot and prepped the brunch I was going to scarf down between church and leaving for my cheer banquet.  I completely skipped the dessert reception after the banquet, I didn't want to put myself in a tempting situation.  I stopped at my mom's house and she was making my fave, chicken parm.  I swear I could've taken the entire block of mozzarella to the face. 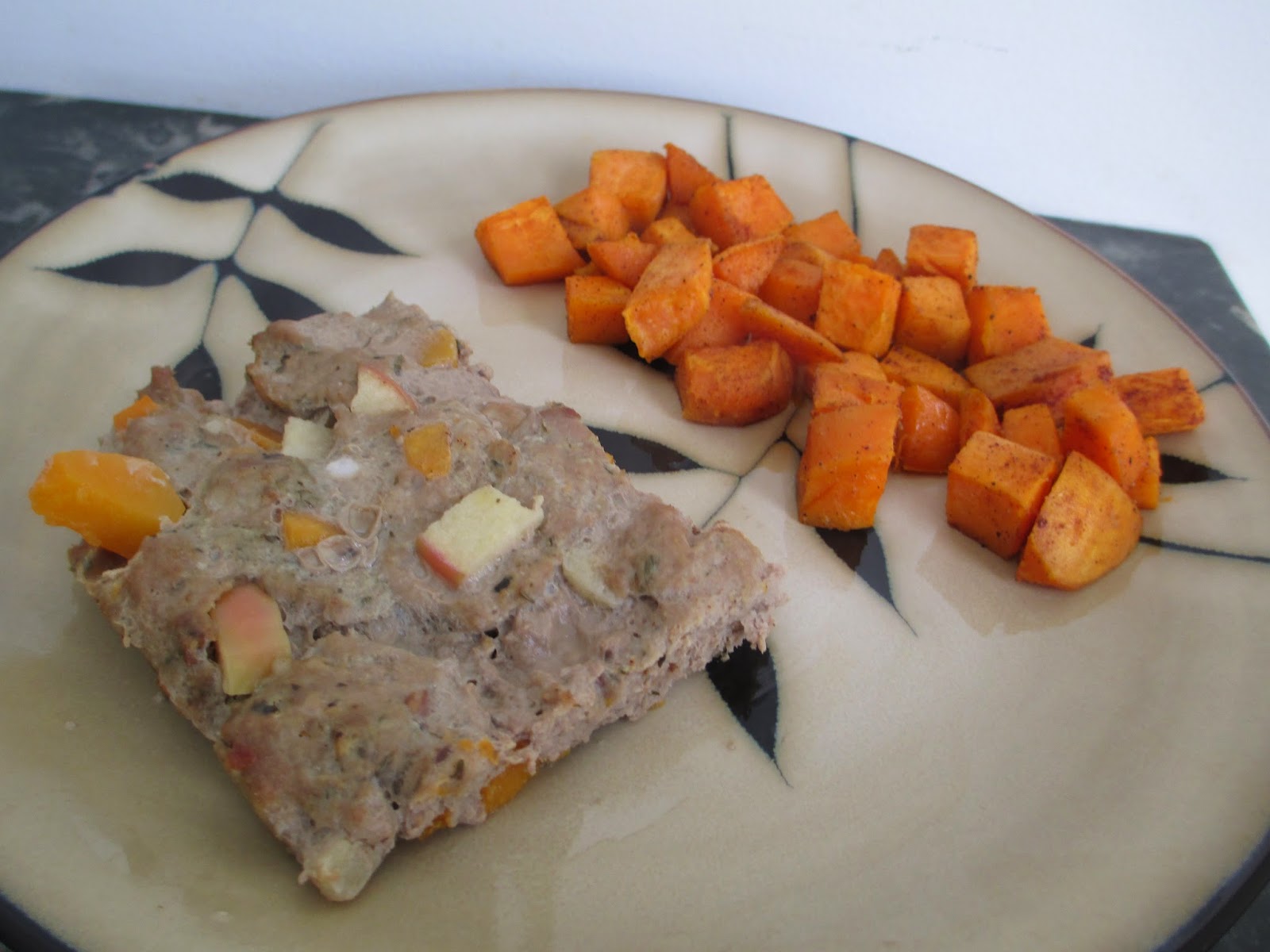 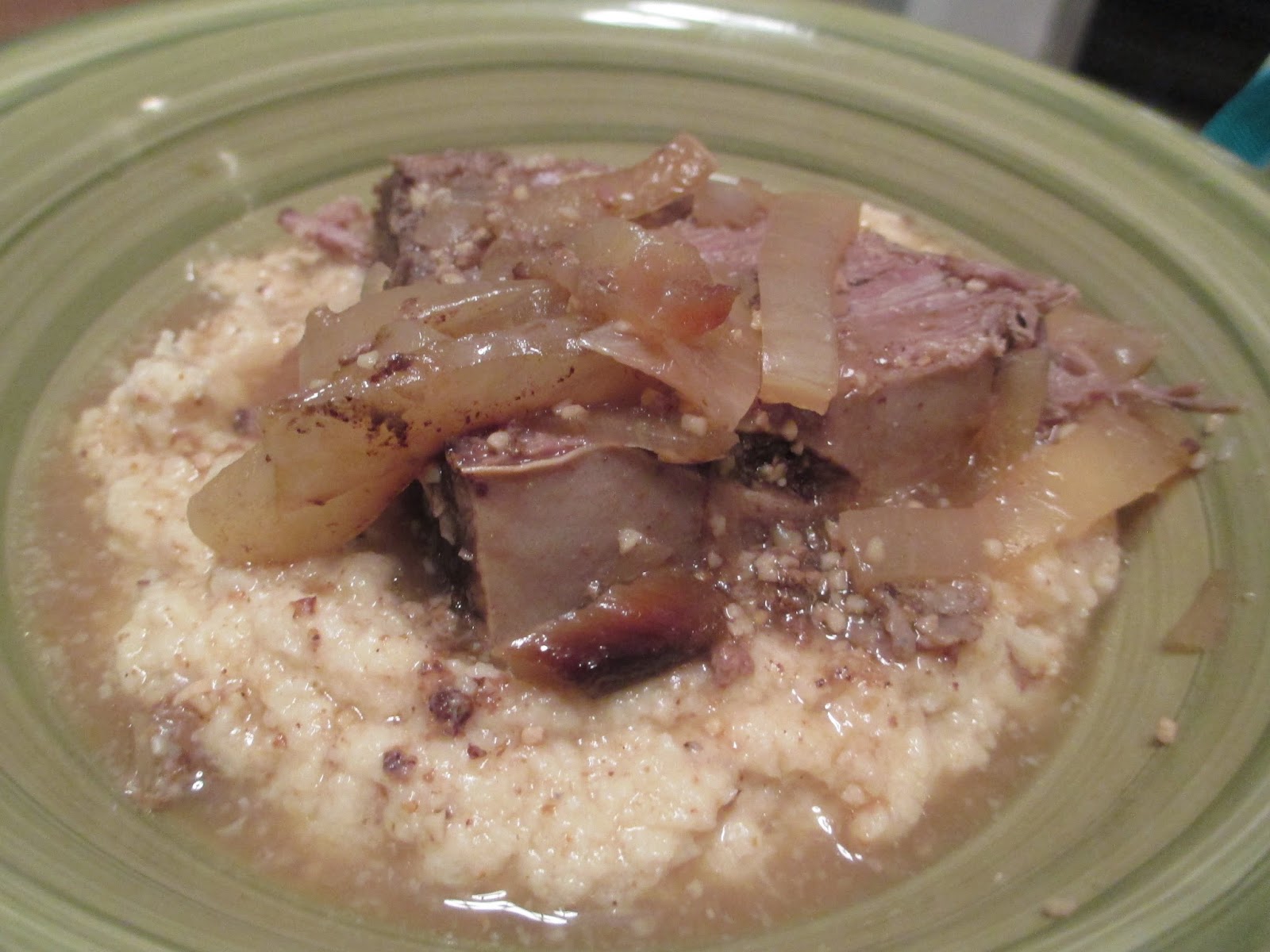 Day 22, Monday 1/26/15 - So many treats in the kitchen at work!  Avoided all the cupcakes, brownies, etc.  Dave and I tore it up in the kitchen at dinner time.  I really love this salad (I skipped the maple syrup in the dressing). 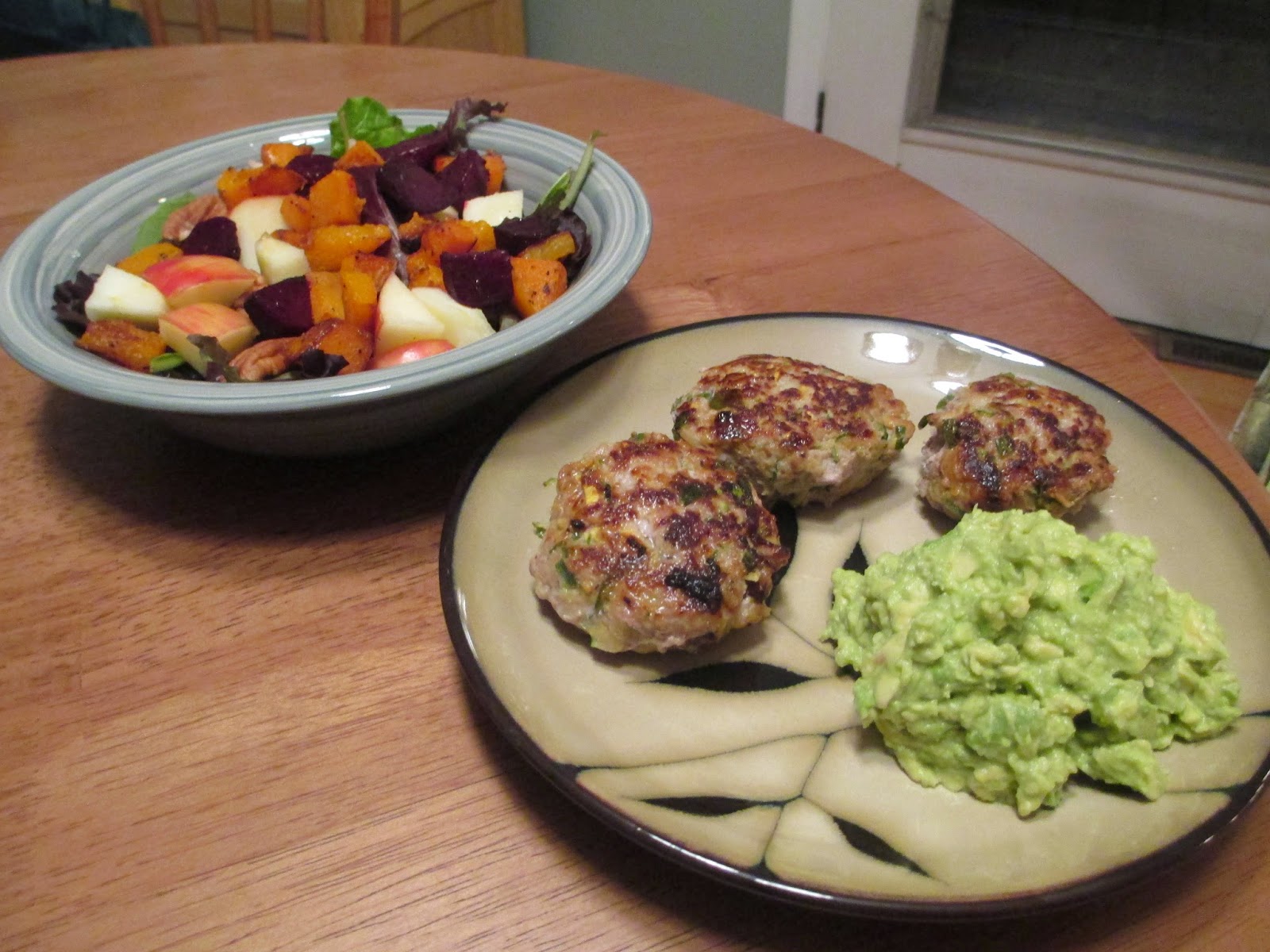 Day 23, Tuesday 1/27/15 - I worked from home, even though the snow storm was pretty much a complete bust.  Dave started joking about ordering a pizza.  It wasn't funny!  We stuck to our leftovers.  I made Krista's mushrooms for dinner and they were so easy and delicious.  Next time I think I'll whip up some Paleo tartar sauce to go with them.  Her photos are a lot prettier than mine. 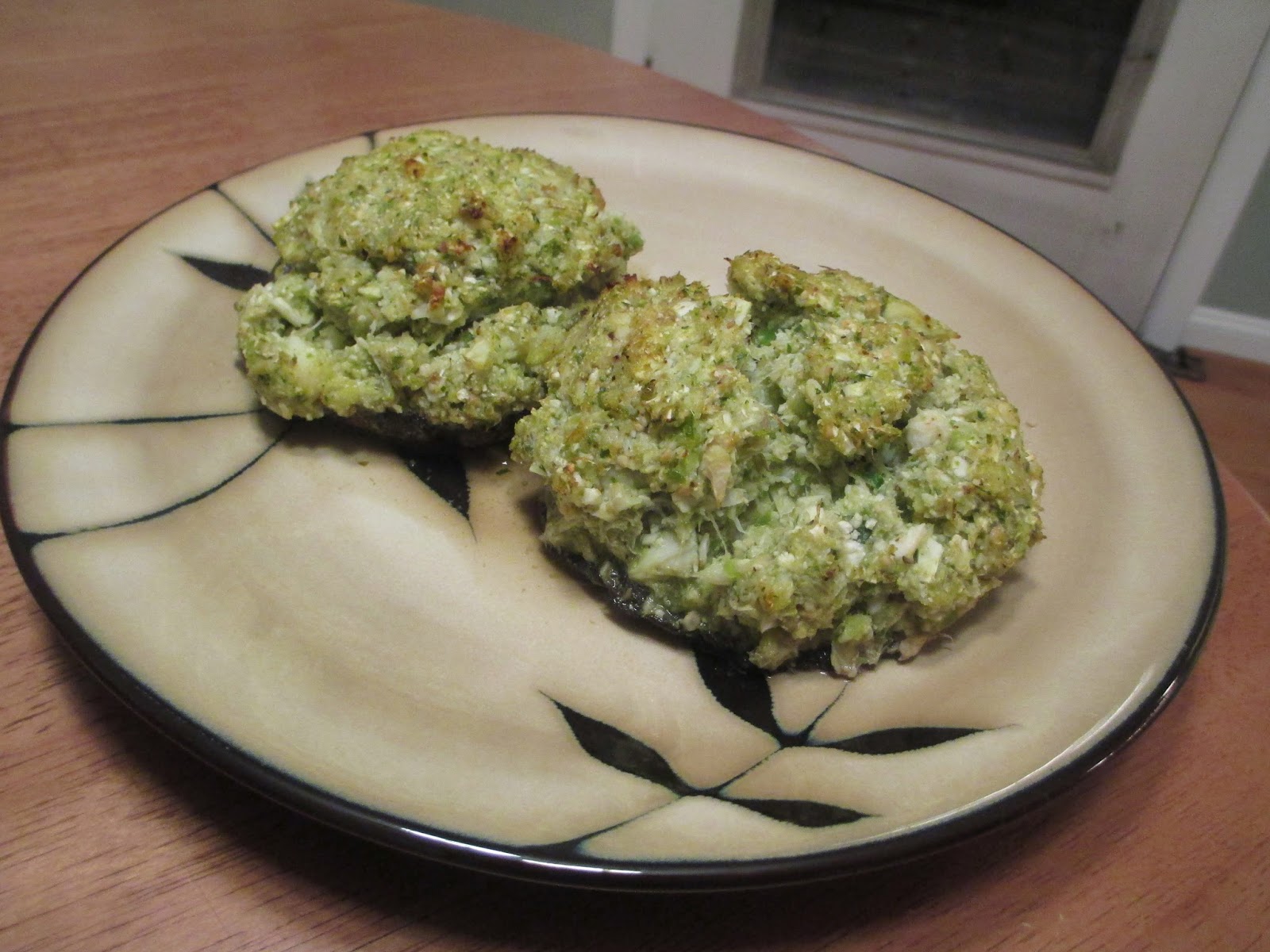 Day 24, Wednesday 1/28/15 - After blowing off the gym two days in a row due to "inclement weather," I decided I had to go!  The lifting portion was a bunch of heavy front squats and they were really hurting my back.  I tried my best to focus on form, but I ended up actually taking some weight off my bar because I didn't want to risk an injury.  Perhaps a trip to the chiropractor needs to happen sooner rather than later.  I'm also thinking I may need to do some extra core work to strengthen my back.  The WOD sucked.  It was a 12 minute AMRAP of 100 wallballs (throw a medicine ball into the air, catch it, squat, repeat), 75 shoulders to overhead (women's Rx 55 lbs), 50 alternating pistols (one legged squats), and 25 burpees.  As many rounds as possible?!  Hahaha.  I made it through the wallballs and 33 S2O.  And it was terrible!  This workout left me seriously winded, like almost lightheaded.  I felt worse afterward this WOD than I have in a while. 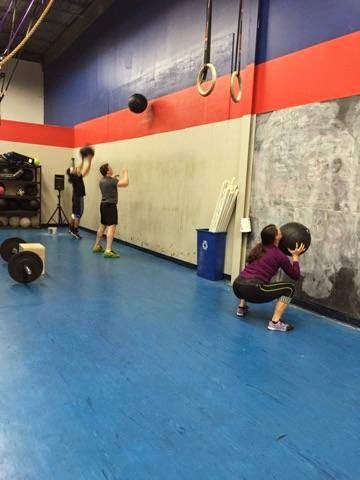 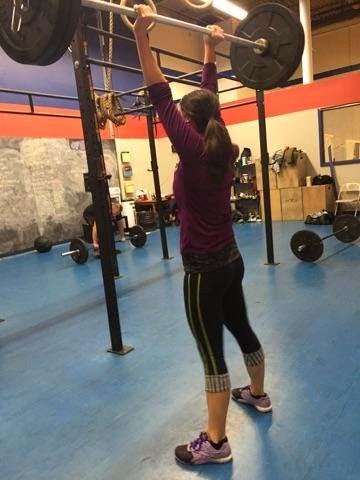 The pants I wore to work fit me pretty well at the beginning of the month, but today they were seriously loose, yay!  This pad thai is so good! 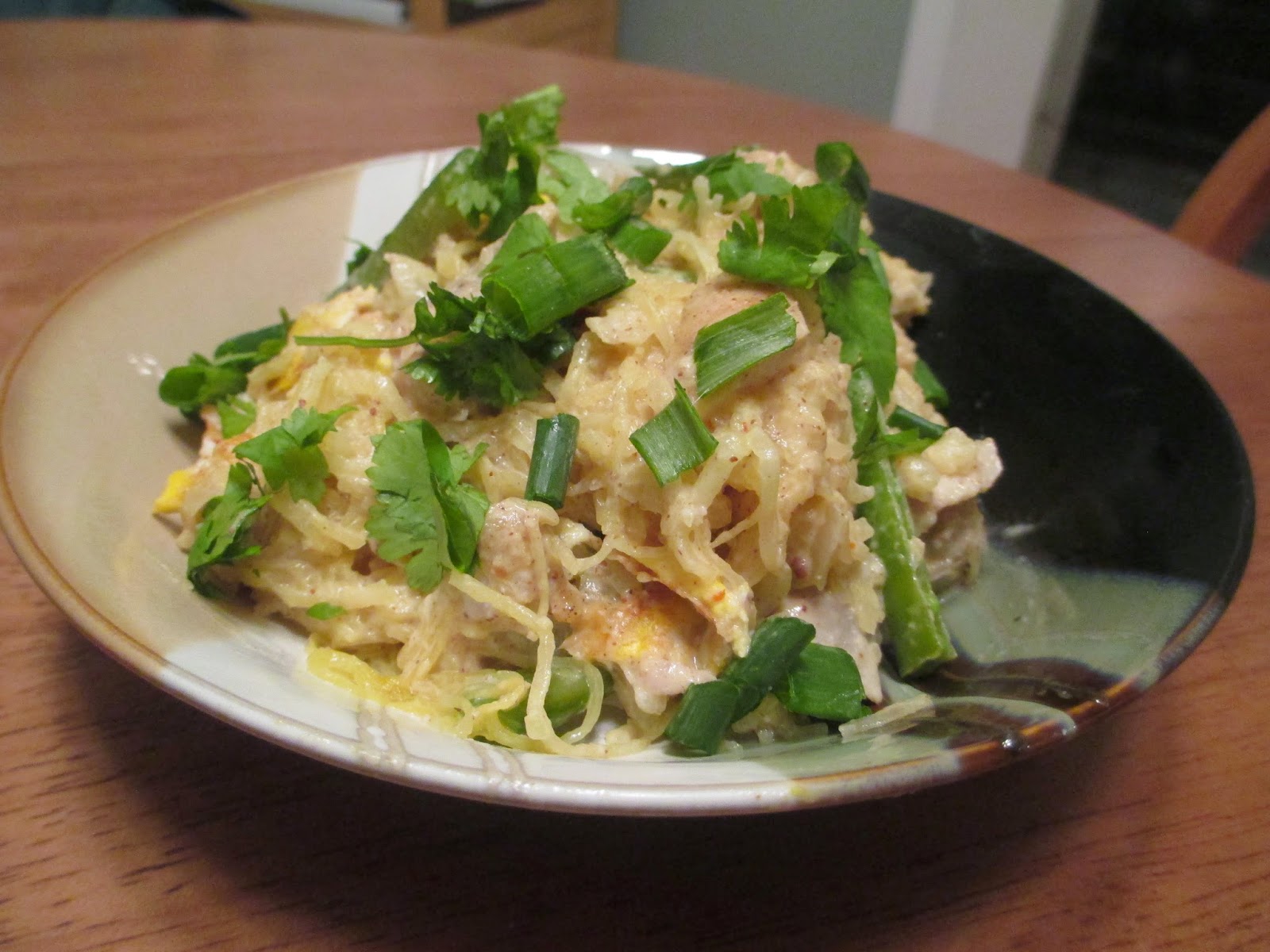 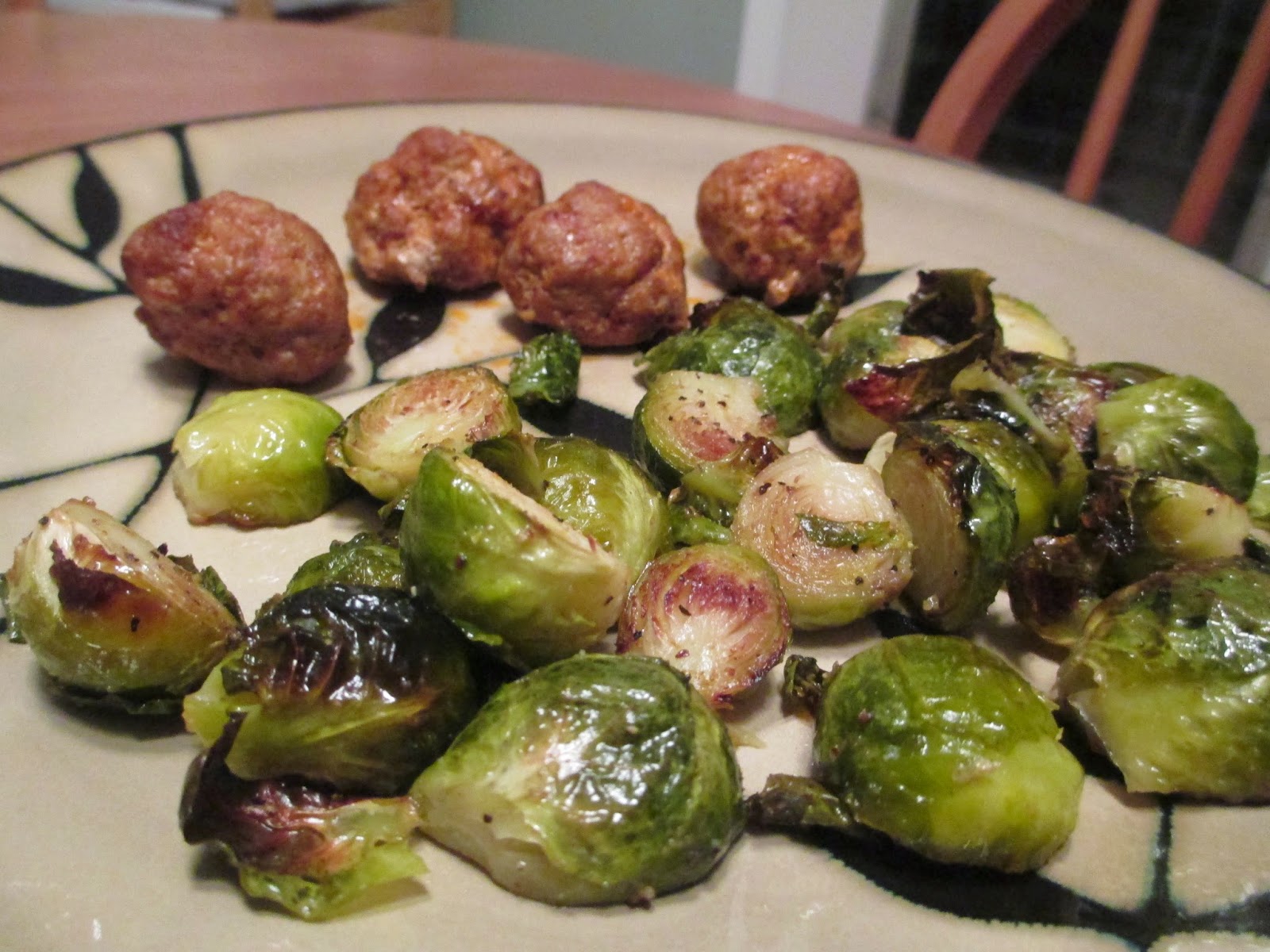 Day 26, Friday 1/30/15 - Hit the gym at 6 am.  The strength portion was a bunch of cleans.  I didn't lift as heavy as I wanted to since I was still feeling something in my lower back.  The WOD was a 6 minute AMRAP of 6 Thrusters (squat and then push overhead, 65 lbs for women) and 12 kettlebell swings (the prescribed (Rx) weight was 53 lbs, I swung 36 lbs).  The thrusters felt a lot heavier than I expected them to.  I'm still not 100% comfortable swinging the 36 lbs kettlebell.  I know I can do it, but when I get tired sometimes I lose control of it at the top.  I may or may not have put a dent in the floor at the end of the workout.  I should've used some chalk to get a better grip on the handle, it felt slippery as soon as I started.


12 hours later, I went to my first yoga class in a long time.  I found a local studio offering $5 Fridays in February!  It felt so great and I plan on going back next week!  The rest of my Friday night was spent running around to 2 different grocery stores in some crazy cold wind, cooking the quickest dinner ever (chicken & shrimp fajita bowls) when I finally got home after 9 pm, and then promptly passing out on the couch.  #partyanimal 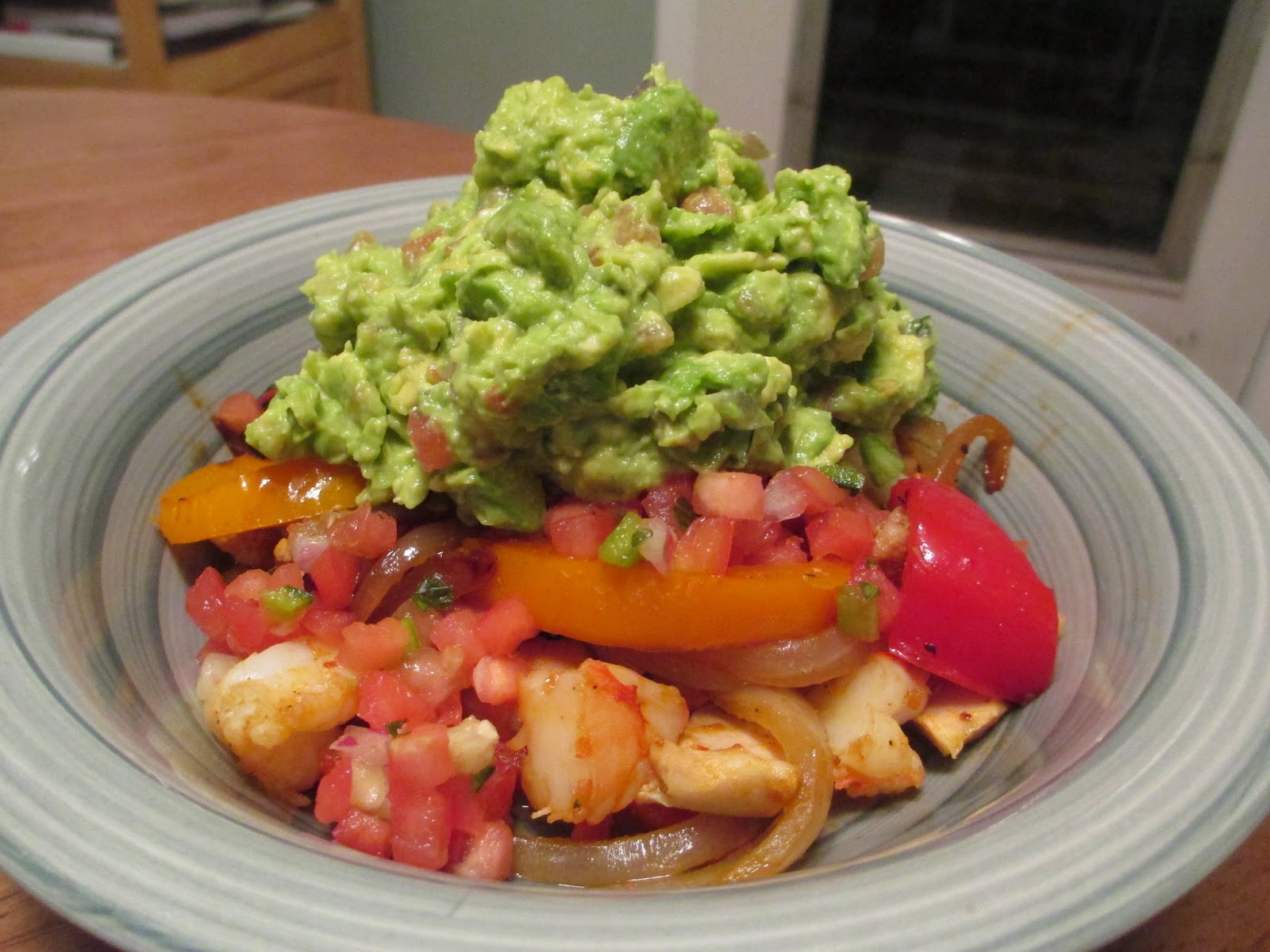 Day 27, Saturday 1/31/15 - I hosted a surprise sprinkle for my girlfriend Kimber at the house.  It was a potluck so I made compliant sausage and my friend Leah (also doing the Whole30) made parsnip hummus with veggies and a delicious Mexican Chicken Chowder from the Against All Grain cookbook.  I ate some fresh fruit as dessert and felt super satisfied.  I did have a little cupcake envy... 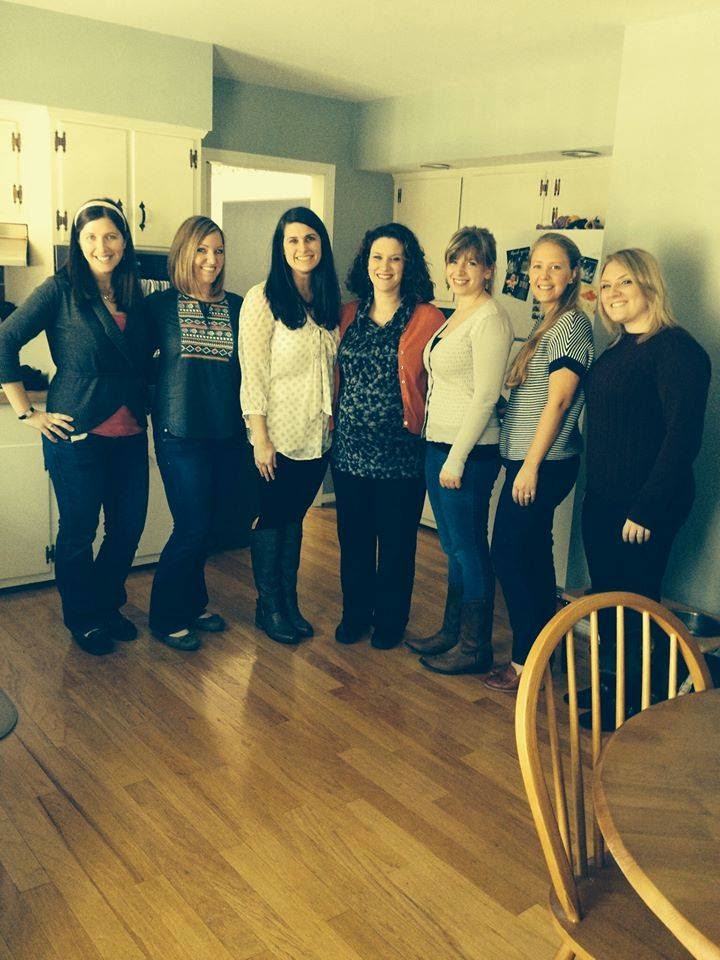 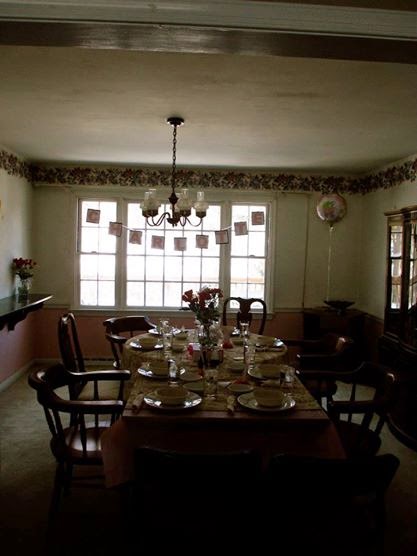 A little peek at my dining room.

Day 28, Sunday 2/1/15 - Sunday morning started with a barbell club class at CrossFit.  There is no workout of the day, just a bunch of different movements to work on lifting technique.  We worked on our snatch form and I really liked it.  After church, I did some relaxing and then a lot of food prep!  I also learned a few things... like fresh garlic is way stronger than the jar of preminced garlic and that the chicken wings I purchased were whole wings and preparing them involved a lot more work than I ever realized.  We had an epic super bowl feast, I made way too much food and didn't even end up serving some of it! 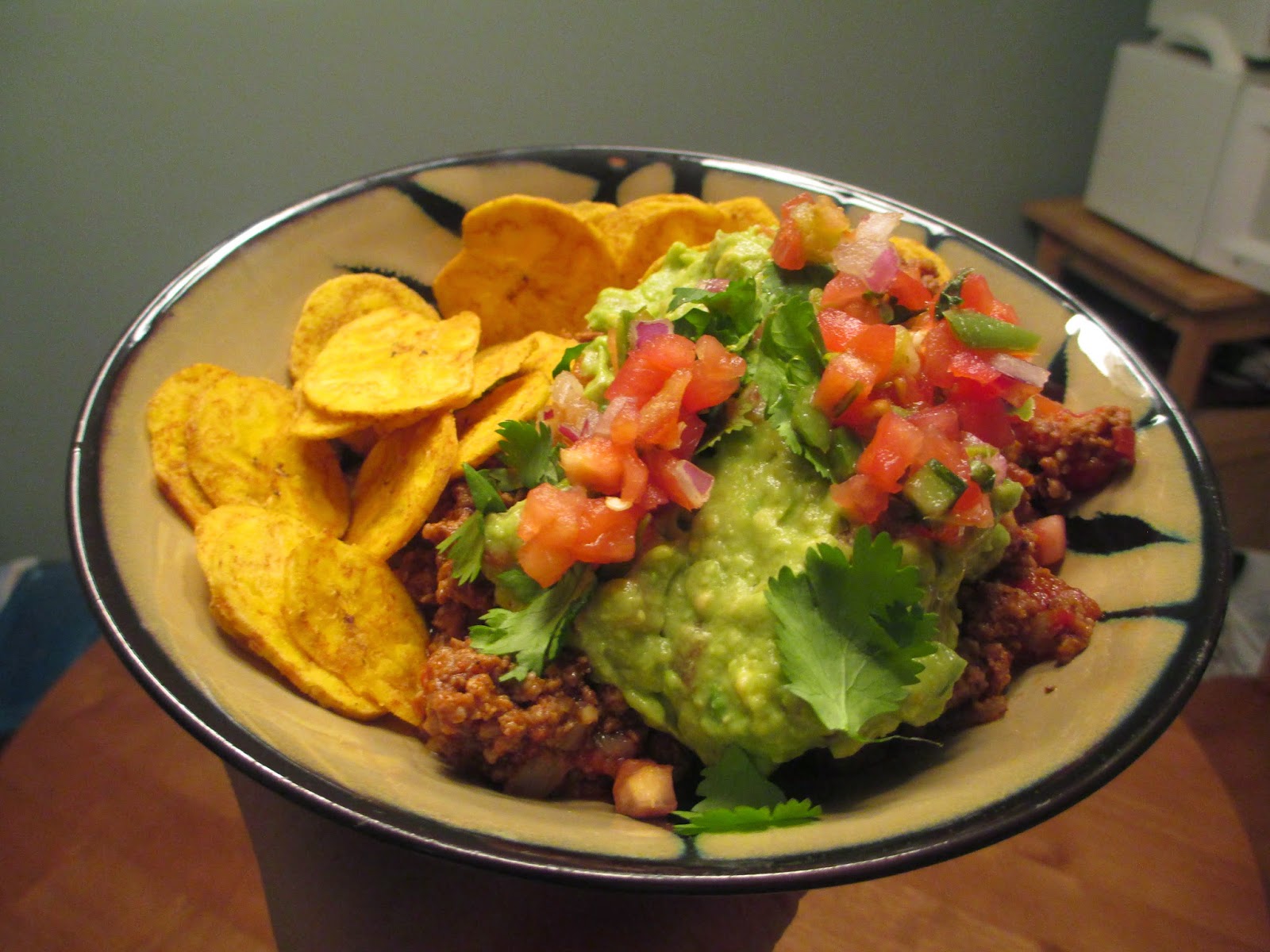 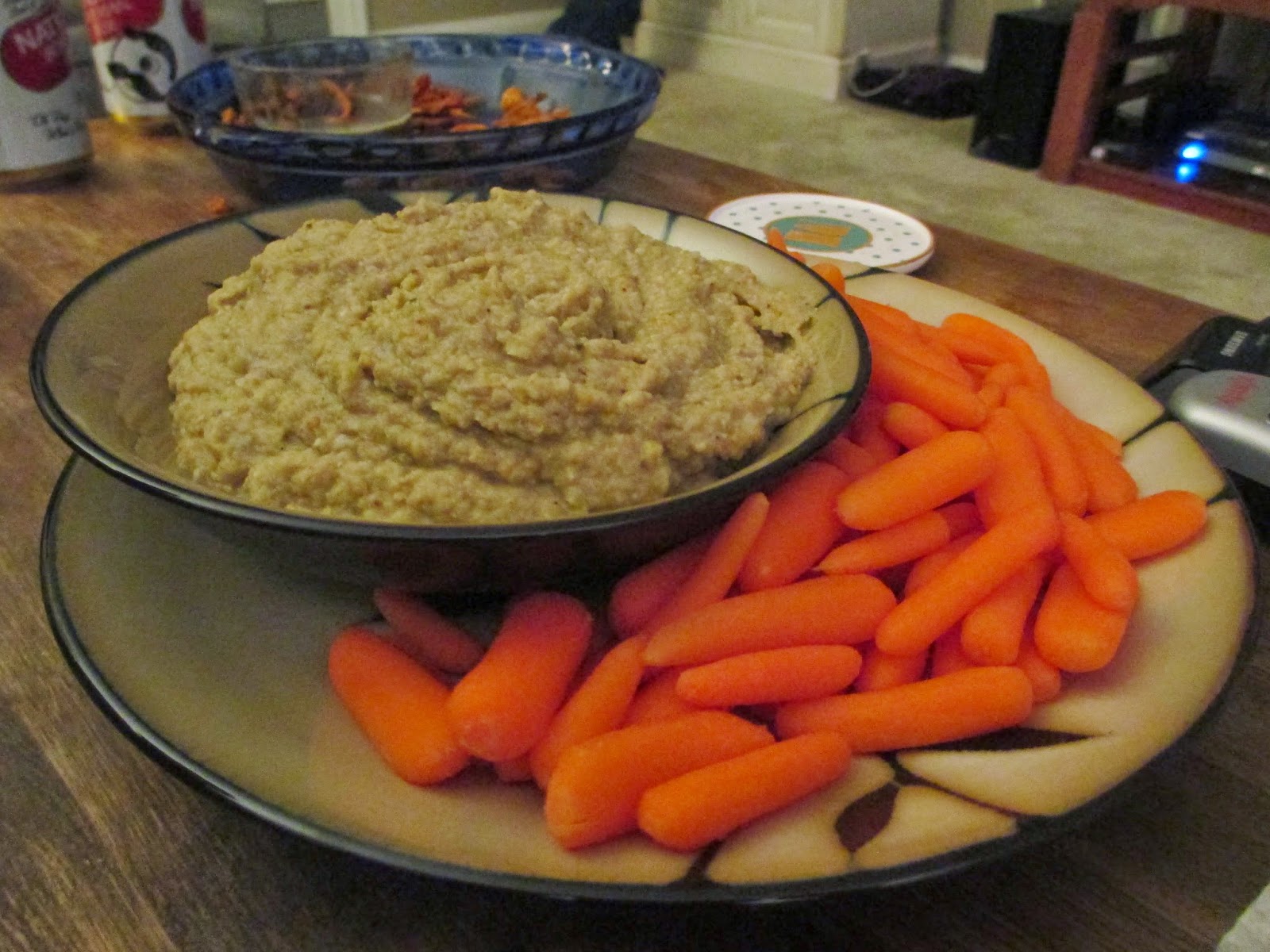 My friend made some Paleo but not quite Whole30 approved snacks and I couldn't help but indulge.  She makes a version of these Bacon Avocado Cups with Balsamic Glaze and they are my favorite thing in the world.  She also made some sweet potato fries (that had a dipping sauce involving butter & brown sugar that I touched with my finger to check if it needed to be reheated and then licked my finger... whoops).  Shortly after enjoying a delicious plate of Paleo Nachos, I ended up with an awful tummy ache that lasted about 10 minutes.  I guess it could've been from butter, the miniscule amount of brown sugar I consumed, or the sunflower oil the plantain chips were baked in.  I have no idea, but it sucked.  Thankfully I felt better in time to stuff my face with wings :) 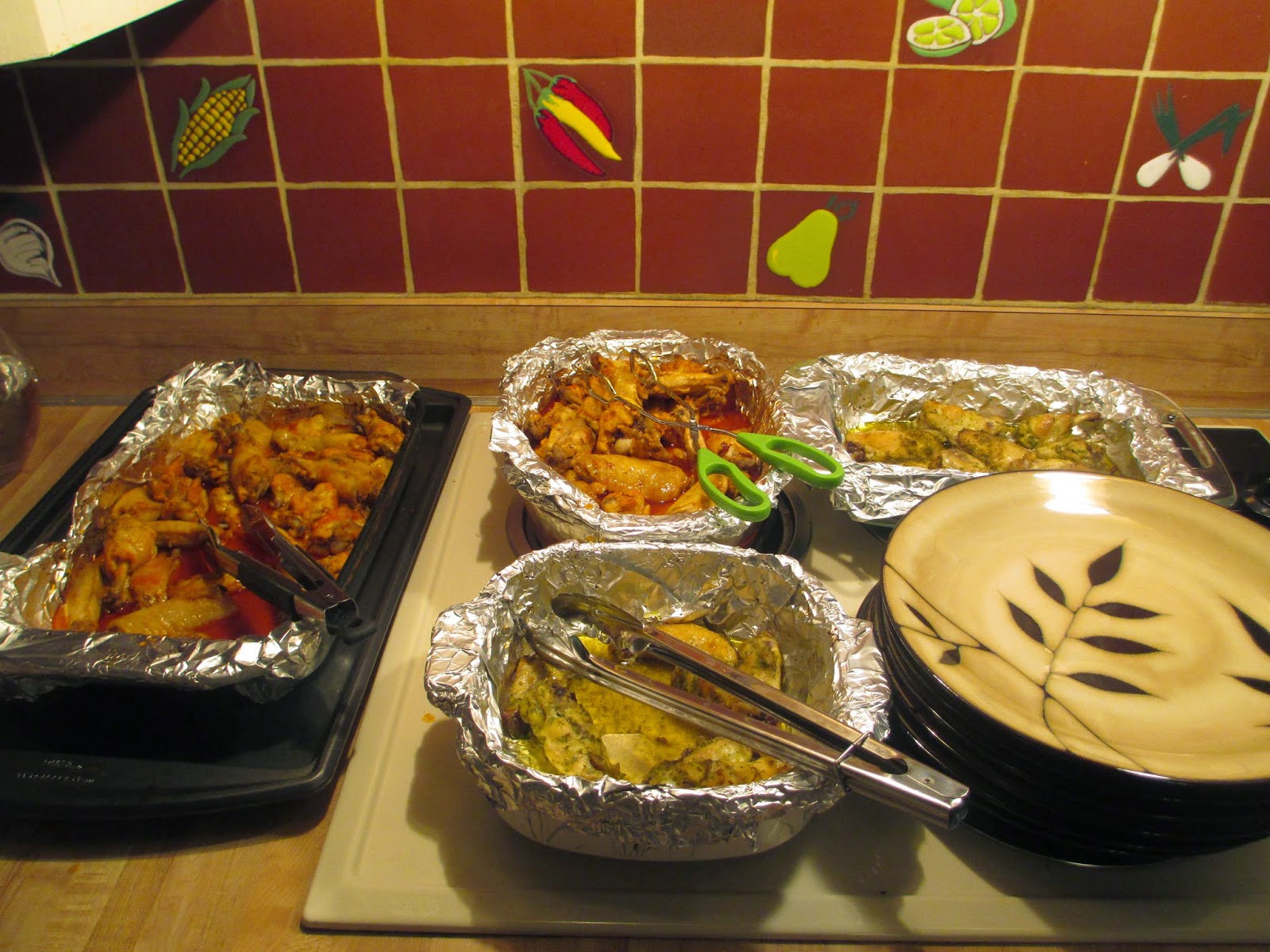 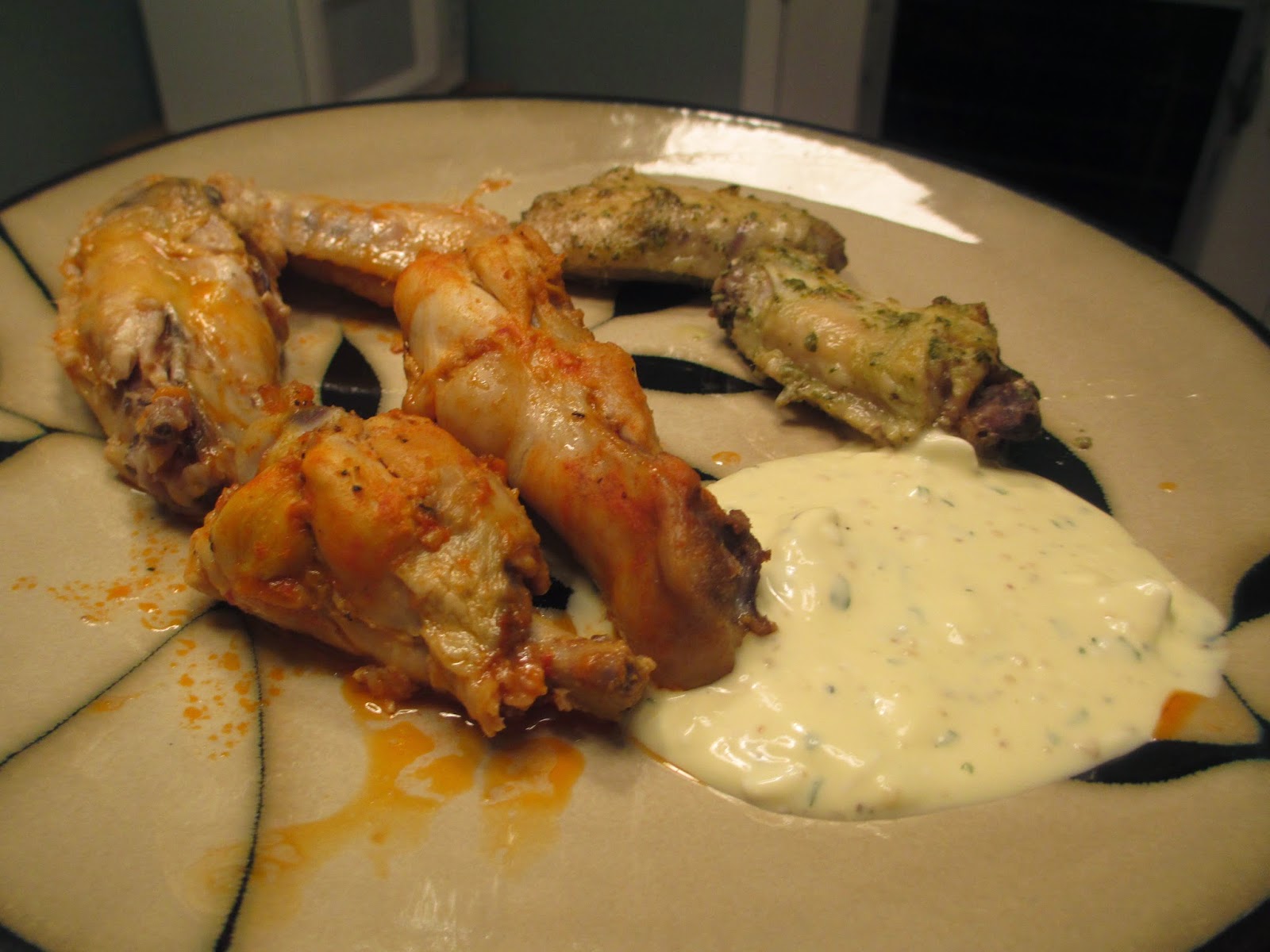 Day 29, Monday 2/2/15 - You know what's great about not drinking?  No super bowl hangover!  I also loved having leftover wings for lunch. 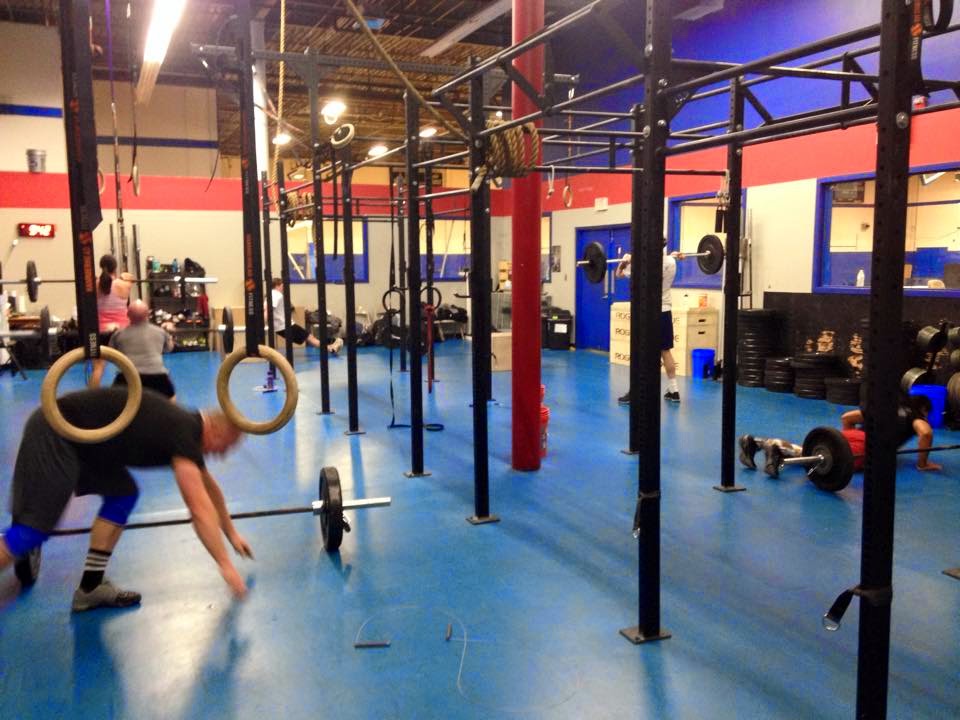 I had cheerleading after work so I made sure to pack a good snack so I wouldn't be tempted to end my Whole30 a few hours early.  I ate a couple deviled eggs and a clementine before I left work and honestly wasn't hungry for the rest of the night.  I had a few frozen banana treats (future recipe...?) when I got home and was proud of myself for not going with one of Dave's mom's brownies from our freezer as a finishing reward.

And that's it!  I did it.  Results post is in the works and hopefully some guest posts from my facebook support group... stay tuned!  For now... enjoy these pathetic pups! 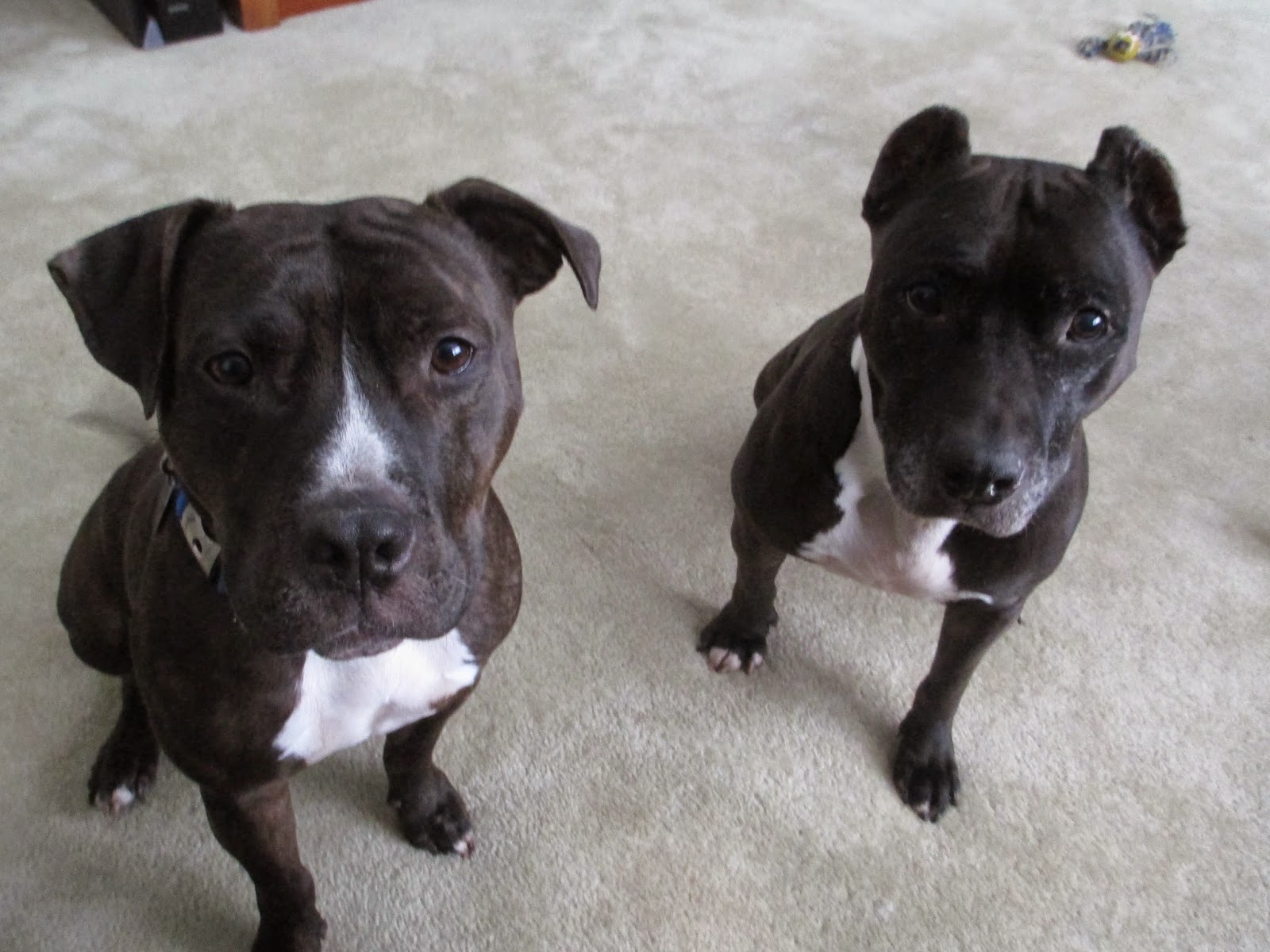 Did you have a delicious super bowl feast?