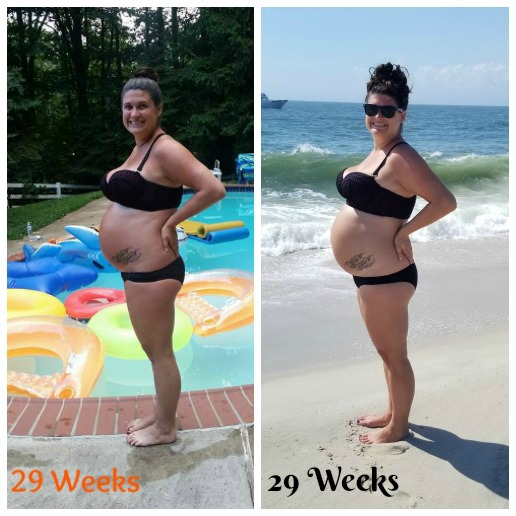 Apparently my body is on board for a total repeat.

After not making it to the gym for 2 weeks, it was a priority before we headed down to the beach for a long weekend.  I went Tuesday after work and the workout was a lot of cardio stuff I was able to do.  The first portion was 3 rounds of a 250m row and then max muscle ups (I did 10 ring rows).  The WOD was 5 rounds every 5 minutes of a 400m run, 8 cal row, and 10 toes to bar.  I did 8 calories on the bike instead of the run and subbed bird dogs for the toes to bar.  The workout felt great and I was crushing it on the rower.

I came back on Thursday morning but working out didn't feel as great.  The prescribed WOD was all ab stuff (sets of 24-21-18-15-12 sit ups and russian twists) mixed in with pull ups, push ups, and more abs (flutter kicks).  I had read online that deadbugs (laying on back, slowly extend opposite arm and leg) were a good core exercise for pregnant women, so I was going to do them as my ab substitute, but after the first round they did not feel great, so I switched to laying on my back and pulling my knees apart with a resistance band.  I did regular kipping pull ups, did my push ups elevated on a racked barbell, and did clamshells as the sub for the flutter kicks.  Afterwards, I just didn't feel great.  I had a little discomfort in the bottom right side of my belly and it left me wondering if I should be quitting pull ups.  It's hard for me to accept that things that felt fine last time might not be great for me this time around, but I know every pregnancy is different and there's no award for doing pull ups through my whole pregnancy.  I'm just going to focus on staying as active as possible, whatever that means for me right now. 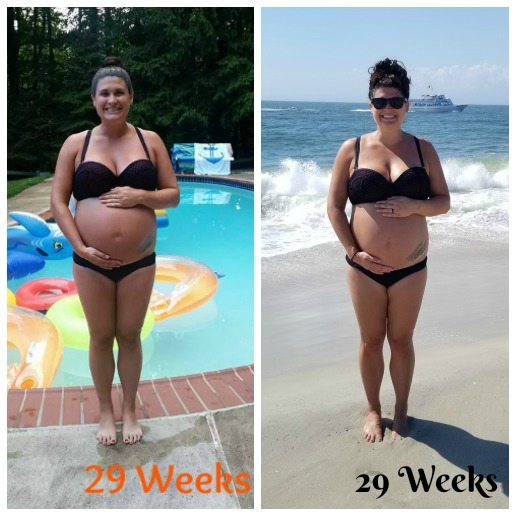 Maybe a little less swollen this time?  Not sure how that is possible, it may be just an optical illusion ha.

The rest of week 29 was spent in Cape May.  We had a super low key weekend filled with beach time, lots of delicious food, lounging, and couch snoozes. 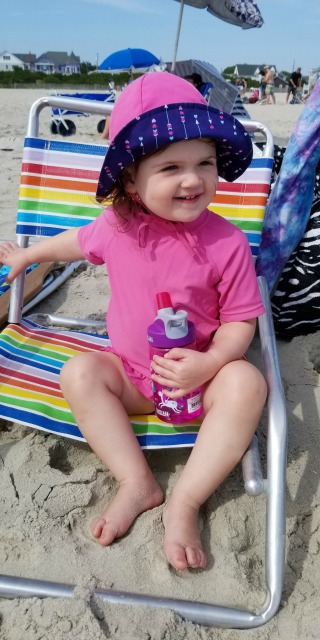 I turned 33 on Saturday and got spoiled with 5 hours on the beach, virgin mimosas and pina coladas, a dinner of crab cakes, bbq clams, and shrimp followed by a delicious coconut cream dessert, and a big Penn State blow out!  And Dave got me a prenatal massage that is scheduled for this coming Saturday.  I am counting down the days until that. 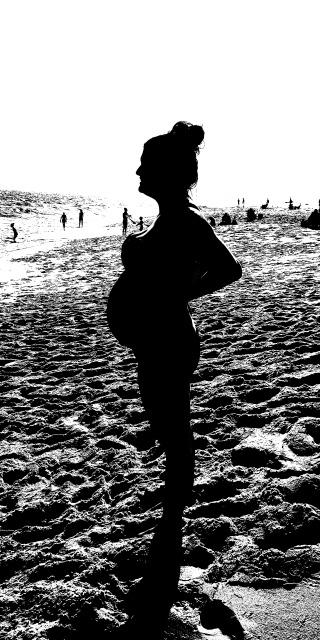 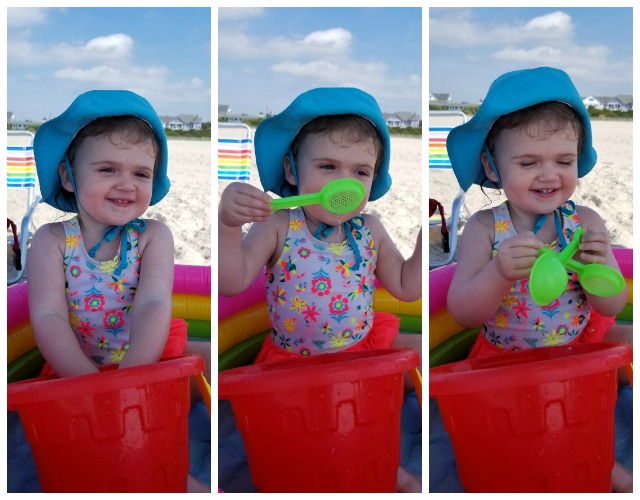 Somehow the beach wasn't crowded, I think since all the kids went back to school last week, and the weather was perfect all weekend, other than a little wind.  The ocean was sort of choppy most days, but that didn't stop Vienna from wanting to go all the way in! 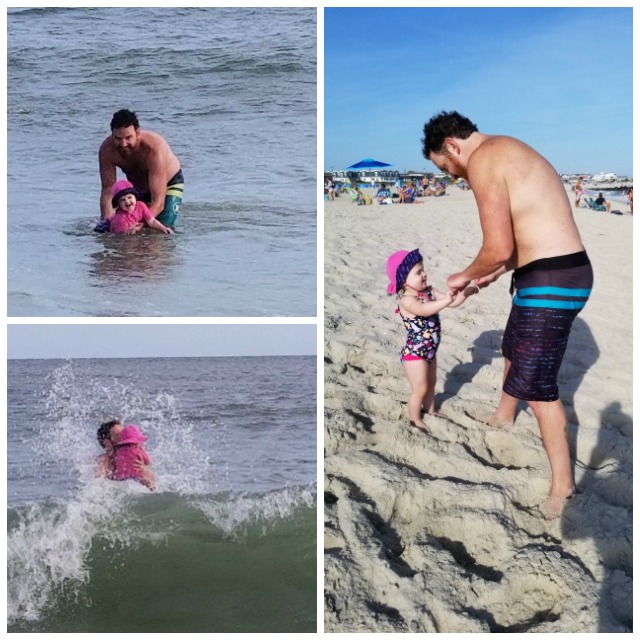 I was slightly worried about carrying V onto the beach, since I think that was the cause of my original pelvic pain, but I wore her in a carrier on my back and it was fine.  My pelvis was a little sore throughout the weekend, I think from getting rocked by some waves, but some time with an ice pack really helped. 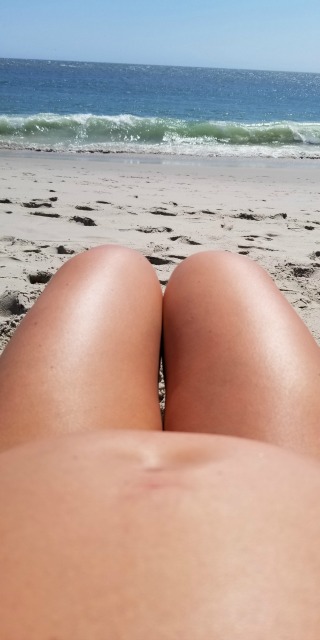 Overall it was a lovely weekend and it's crazy to think it was our last one at the beach as a family of 3. 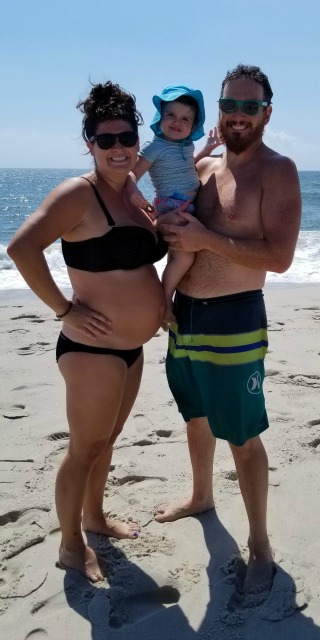