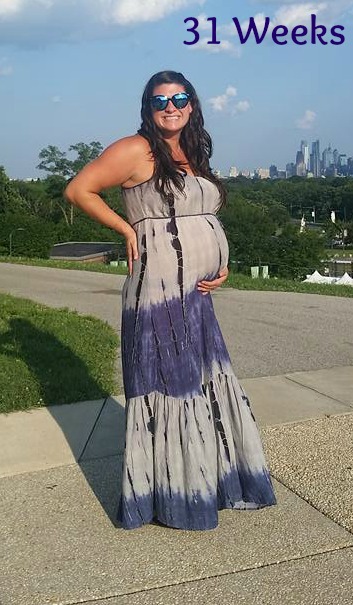 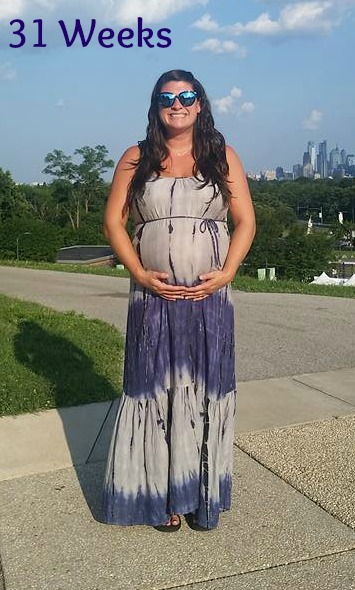 The nesting is getting pretty serious at casa de Midgley!  Over the weekend I purchased some lamps and more decor, Dave built a book case, and we finished all the baby laundry.  We still need to stock up on a few things (mostly diapers), but if the baby came tomorrow, the nursery is pretty much ready.  The last big task is actually decorating the room.  An Etsy decal that took it's sweet time coming from Ukraine finally arrived, I have one craft project that I need to force Dave to help me with, and my mom and Michelle are coming over Saturday to create some felt flowers and help me finalize the layout of the rest of the art I have.  I'm hoping to wrap everything up in the next week or so and then I will post some pics of the room! 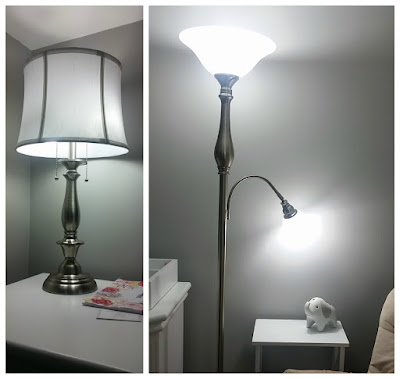 We've also been trying to tackle some other housework that isn't imperative before baby, but we figure once she comes we won't have the time or the desire.  Dave has been chipping away at the basement!  We honestly just threw things down there when we moved in and it has been in disarray since.  He has been building lots of shelving units, getting rid of trash and donations, and organizing the rest of our crap.  I've been chipping away at my closet room, which is a giant mess of piles of clothes that don't fit me.  We also still need to set up our spare bedroom, which became a storage room for random furniture and who knows what when the nursery furniture arrived.  And I have a few hallway closets that I really want to organize.

I repotted 13 of my houseplants on Sunday morning.  I used to have a serious black thumb at Midgley Lane, but our house gets way more light and it's hard to forget to water them when you have 2 dozen starring at you.  I rehomed a bunch a few months ago and they are thriving and it seemed obvious that some of my plants really needed bigger pots, so it was time.  We also have two tomato plants in the backyard that our friend Kraemer grew from seed.  My only goal was not to kill them so I'm pretty pumped that we're seeing little green tomatoes.  I really want to do a small raised bed next summer.  Now if only I could find an ounce of passion for the rest of our landscaping... 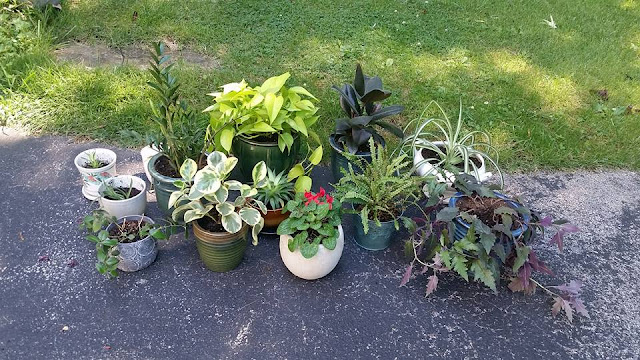 I got wild and went into the city for a concert Monday night!  I had a deadline at work the week before, so I worked a few extra hours and was able to take a half day on Monday and head into the city at lunch time.  Michelle and I checked out Cafe Square One in Old City and had a yummy meal, grabbed some iced coffees at Starbucks, and then hung out for the afternoon.  Then we headed to the Mann Center with Alex and Devon to see Animal Collective and Fleet Foxes.  We got there nice and early and it was nice to check out the scene before it got crowded.  We hit up their food trucks for dinner and I got a delicious al pastor pork bahn mi sandwich. 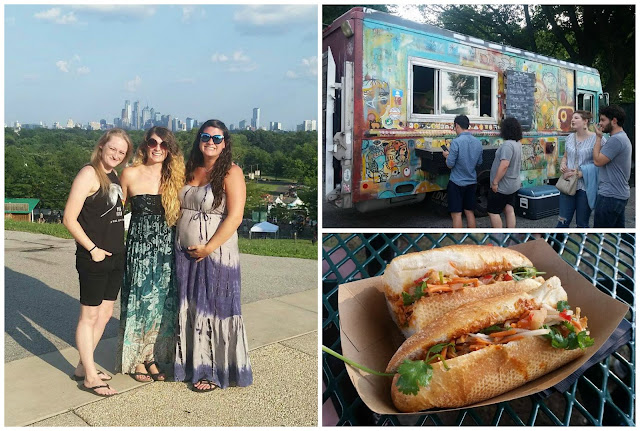 Animal Collective was pretty good, I'm only a casual fan and they didn't play my favorite song, but they were entertaining and the hipster people watching was great.  Fleet Foxes was everything I hoped for and the show was wonderful.  It was extremely hot and we had to kick some dumb kids out of our seats, twice, but it was really fun!

Still staying strong with my Wednesday and Friday workouts.  Friday was a hero WOD called Rene:  7 rounds for time of: 400m run (I did 6 cals on the bike), 21 walking lunges, 15 pull ups (I did 6), and 6 burpees (squat thrusts as per usual).  I definitely took it easy on this one, the 6 calories on the bike took me a lot less time than everyone's 400m runs and 42 pull ups seemed like plenty for the day.  I finished in 34:05. 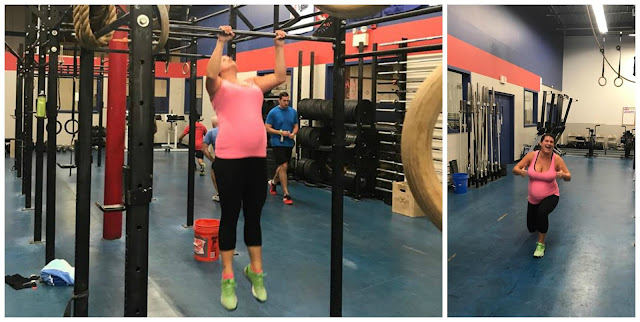 Yesterday the strength was power snatch 6x2 at 65% of your max, so I did 65#.  The WOD was some more power snatching (I Rxed at 65#), bar facing burpees (squat thrust step overs for me), and overhead squats (which I did with no weight because I wanted to squat below parallel).  It was a quick workout that I finished in 8 minutes.  It's a deload week because we're doing a Lift Off on Friday.

Yesterday we also attended a breastfeeding class and it was amazing!  The instructor was both knowledgeable and absolutely hilarious.  We learned so much and laughed through the entire class.  She taught us how important the first few days are and really that first two weeks set your supply for the duration.  I feel a lot more prepared for that role now.

I'm starting to get a lot of people asking me when my due date is, followed by mixed reactions.  Some people are like "homestretch, you're almost there!" and then others react like they assumed I must've be due next week.  I've taken all the commentary in stride so far, but I can see my replies getting a lot less diplomatic...