I really should start carrying my actual camera... oh well. These pics were too cute to pass up, but they were taken in the dark and the rain and on a phone. 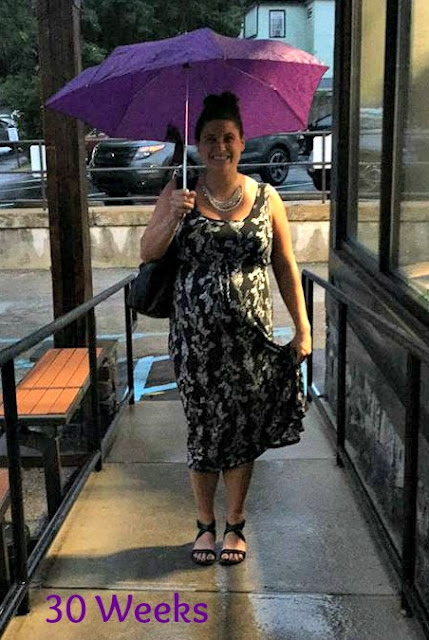 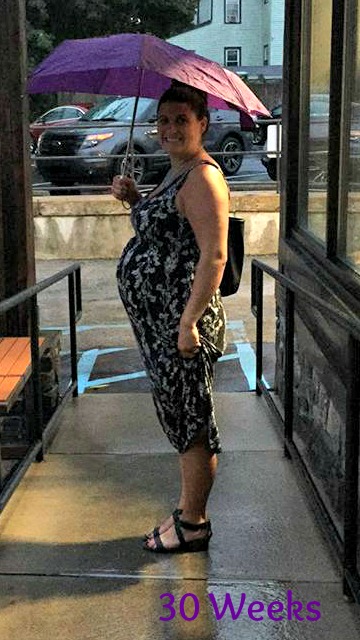 On Wednesday (technically the last day of week 29) I snatched 100 lbs at the gym!  Power snatching has been my favorite lift during pregnancy and I had been hitting 95 without any issues, so I decided to load it up and go for it.  It felt great.  I honestly feel like my belly gives me some extra power through my hip drive.  My pre-pregnancy PR is 105# so I cannot wait to see what I am capable of when I am not growing a person!  The WOD was "death by burpees and rowing" so 15 minutes of that, not particularly enjoyable but I took my time and didn't completely hate it.

Friday was pretty typical, except that I thought the workout would take me 30 minutes and instead I finished in 19:42.  I subbed 5 calories on the bike for the 200m runs and I did 65# for all three lifts.  The snatches were good, the clean and jerks I probably should've gone heavier for because they felt super easy, but the thrusters did not feel great.  I wasn't squatting to depth, but I was still feeling a little something in my left knee and for some reason switching from the front rack position to an overhead grip wasn't feeling great either.  I'm thinking I'll probably just switch to dumbbells for any future thrusters since they felt fine last week.  Still have my pull ups! 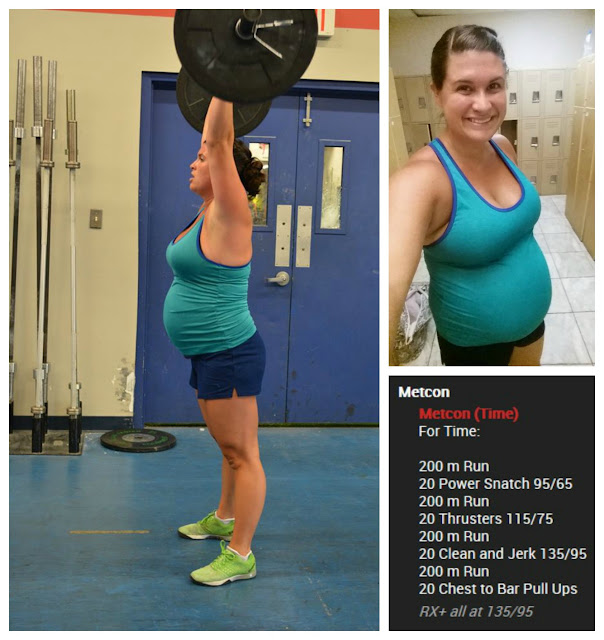 Saturday morning started nice and early because this preggo was craving donuts!  We took a trip to the newly opened Duck Donuts in King of Prussia and it was awesome. You can customize your donuts any way you like and they make them fresh right then and there.  They were delicious! 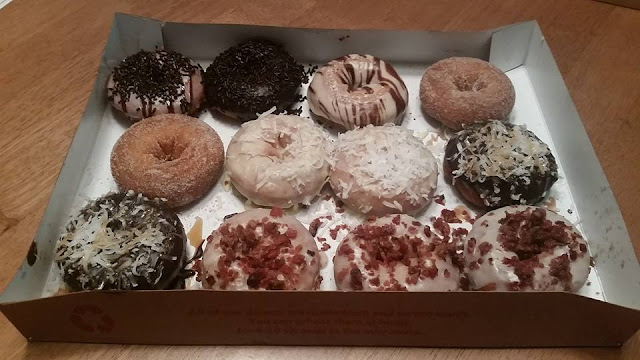 Then we took Mela to Valley Forge and did about 1.75 miles in the shade.  I had to take a ton of breaks, but I feel like I haven't been doing enough walking lately (since it's been so unbelievably hot and humid).  It was nice to get out and get some exercise in before it got unbearable. 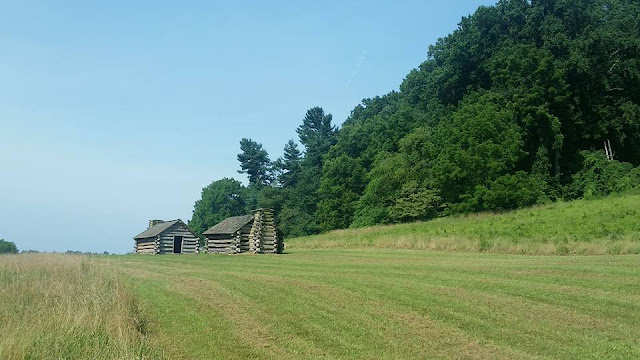 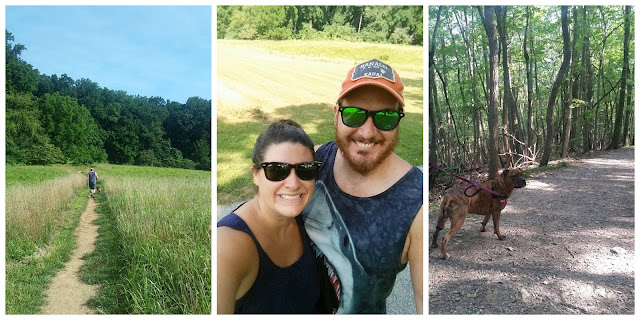 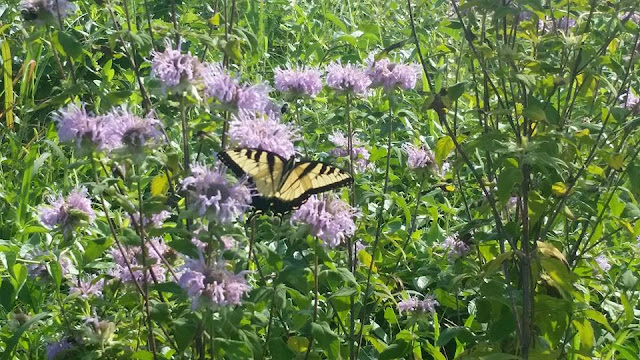 On Sunday Shayna came over and we did a ton of work in the nursery.  We opened up the last of the random gifts that hadn't been touched, organized the diaper changing supplies, tried out my Boba wrap, did lots of laundry, and she set up the rock & play.  We have so much adorable clothing, it's legit overwhelming!  I'll be changing baby girl into new outfits just to try and actually get her into everything.  Mela isn't quite sure what to make of all the new stuff in the house, but she didn't hesitate to get cozy in the middle of all the laundry. 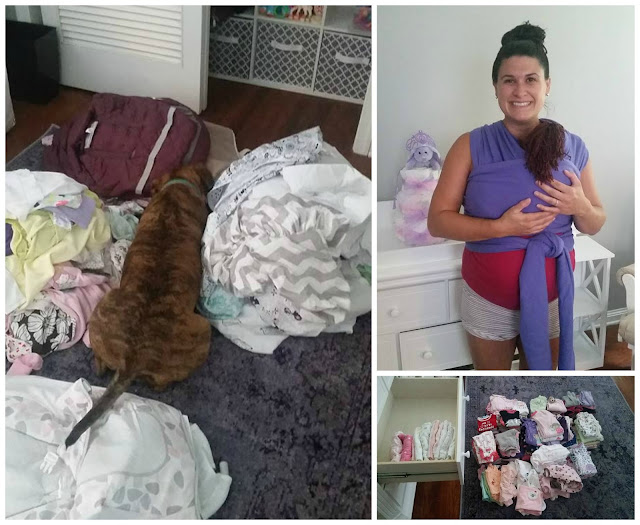 Monday I had my 30 week appointment where I met the last OB in my practice... and I did not enjoy her demeanor.  It was little things throughout my appointment that turned me off but the specific incident that really drove things home was when I asked her about Red Raspberry Leaf Tea, which keeps being brought up in my natural birth facebook groups and is supposed to help strengthen the uterus and shorten labor.  First she acted like she had never heard of it, which I'm definitely calling bullshit on, and then she told me "do not drink anything like that because you will go into premature labor, have the baby at 30 weeks, and she will go into the NICU and you'll be going home without her."  Ummmmm what?!  How about "I do not recommend this product" or even "this type of product may cause premature labor"?  Either of those would've been professional answers to my inquiry.  But instead she went with intense fear mongering and left me hoping she'll be on vacation when I give birth.  I'll be using my Hypnobabies bubble of peace when I see her again at the beginning of September.

Tuesday we went for another hike in the park.  We headed to Midgley Lane and hit the trail that used to be right outside our door.  I still really miss having the park right in our backyard!  We did about a mile including a large hill at the end, but I felt really good and didn't need to take many breaks at all since the temps were only in the low 70s.  It's crazy what a difference the temp makes for me.  We let Carmela off the leash (for only the second time ever) for some creek stompin'!


Wednesday morning I hit CF.  We started class with a clean & jerk complex, an 8 minute EMOM of a clean liftoff, power clean, and split jerk.  I worked up to 100# and it felt great.  My coach joked with me about straightening out my bar path, but I really do think I'm going to have to break some bad habits when I'm not pulling the bar around a huge belly.  The workout was dubs, handstand push ups and clean and jerks, so I ended up doing the assault bike, some dumbbell strict press, and clean and jerks at 80 lbs.  It was a shorter workout and I guess I took it pretty easy because I recovered very easily compared to what I've been used to.

Wednesday we had another baby class at the hospital called "Welcoming Baby, a Family Affair."  It went over what to expect immediately after delivery, at the hospital, and after we get home plus the basics of newborn care.  The classes through Paoli Hospital have been great so far and I'm looking forward to our breastfeeding class in two weeks.

Other updates this week: