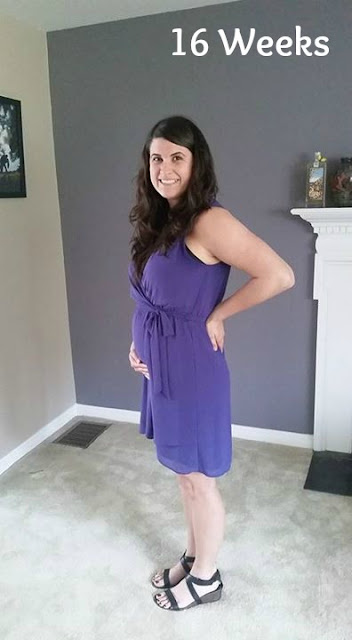 Well I've officially made it... I weigh more than I've ever weighed in my entire life.  I've gained 15 lbs so far, so I feel like I'm probably on track for a 40-50 lbs weight gain.  Eeeeep.  My self confidence is definitely wavering a bit.  Sometimes I'm totally fine with my body, but then other times I'm staring at myself in the mirror thinking WTF is happening.  I know it's all for a reason (a really freakin' awesome reason!) and that it's only temporary, but it's still really hard to accept.  I tried on a few of my summer dresses that I thought would still work and most of them didn't.  The boob sections were too small, the dresses were too strappy for my new grandma bras, or they just weren't flattering.  It was slightly depressing.  I just felt so fat... but then other times I'm like look at this bump! and the changes are exciting.  I think when my bump is more prominent, I'll feel better.  In the meantime, maybe a little retail therapy in Target's maternity section will do the trick ;) 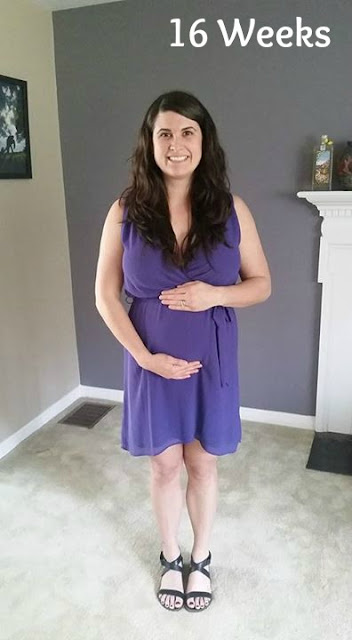 I kept saying I would get my diet under control when the second trimester started, but trying to come up with a meal plan and then actually cooking was not happening.  I just had absolutely no desire and even now, all of my favorite healthy meals sound completely gross.  But this week may be the turning point!  I made a simple meal plan that involved Dave doing most of the cooking on the grill and hit the grocery store.  I traded my typical breakfast of waffles for yogurt, I grabbed carrots and hummus for a snack at work, and I loaded up on fruit.  Cooked veggies are still kind of iffy, but I'm doing what I can.  I enjoyed my favorite salad (spring mix, goat cheese, strawberries, craisins, pistachios, and cucumbers with a blush wine vinaigrette) and I made a giant bowl of veggie packed pasta salad.  I'm still enjoying my desserts because pregnant!  But I'm definitely doing better than I was. 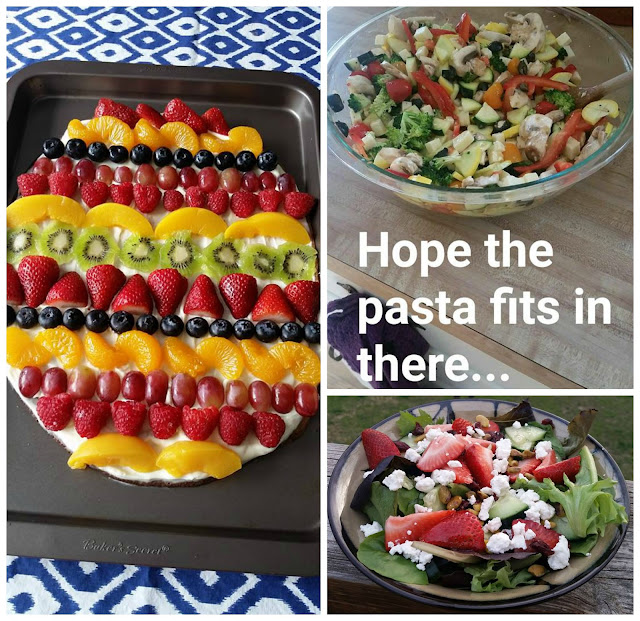 I also made this fruit pizza.  Let's just ignore the sugar cookie and cream cheese frosting and pretend it's healthy, ok?

I made it to the gym 3x this week, which may have been the first time since before the super bowl, so GO ME!  I think I might be done running.  I ran 100m 6 times on Friday during the WOD and by the end of the workout something just felt wrong.  I may give it one more chance, but if it doesn't feel right, even a little bit, that's it! 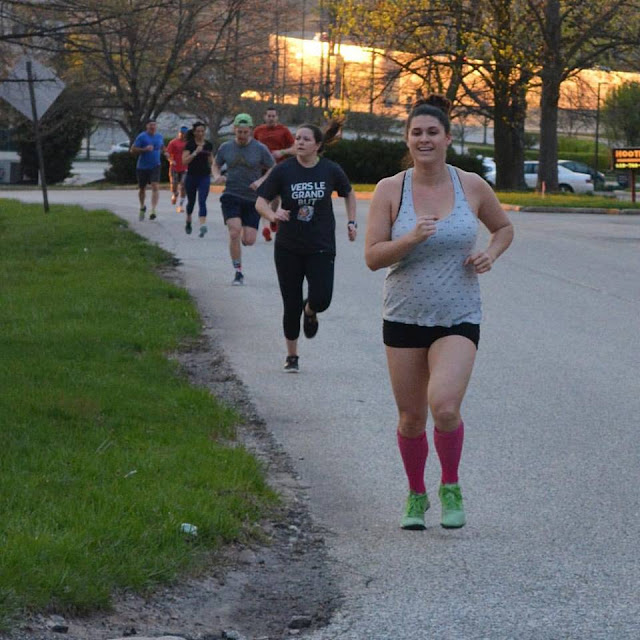 I had my 16 week OB appointment, which was pretty uneventful.  I heard her heartbeat which was 146 and deemed great.  The doctor told me I should start feeling the baby move in the next few weeks, so I'm really looking forward to that!  I'm getting blood drawn today for what I believe is the final step in my genetic testing.  I didn't even realize this test was a thing, but they're sending me to a LapCorp for the msAFP test.  I'm not really sure if this is standard or part of some additional testing I'm getting because of my family history.  Either way, I'm going and then I'm grabbing Chipotle as my reward.

Non pregnancy related, I did a little gardening this weekend and wanted to share the before and afters.  A lot of the people in our neighborhood use landscapers or seem to always be outside doing yard work, so I felt like we needed to step up our curb appeal a little bit.  I want to plant a bunch of things here as the summer goes on and I think I'll probably add mulch once I'm finished putting everything in.  I really have zero experience gardening so I was sort of making it up as I went along, but I think the final result looks pretty good. 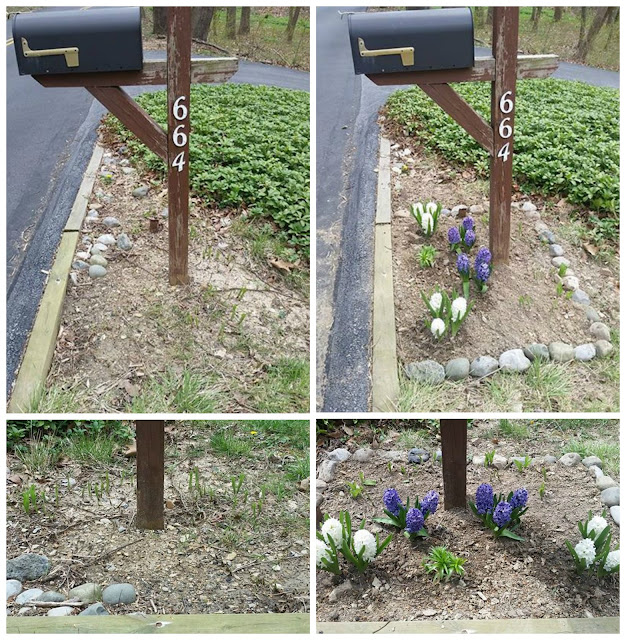 I paid the price though, because somehow I ended up with really bad poison ivy.  I thought it was just all over my forearms, but two days later it has finally fully developed and it's on my belly, a little on my legs, and a small patch on my nose.  Wonderful.  I remember there being some kind of vine that I pulled up, but I never even considered it could be poison ivy in the middle of this dirt pit. Ugh!  I might be making Dave do the rest of the planting here... I'll obviously be "too pregnant" aka I do not intend on getting poison ivy more than once this year/pregnancy.