Ok, I've been slacking on keeping up with my Whole30 blogging!  I've been kinda busy and kinda lazy.  Oh and we adopted a second dog yesterday! 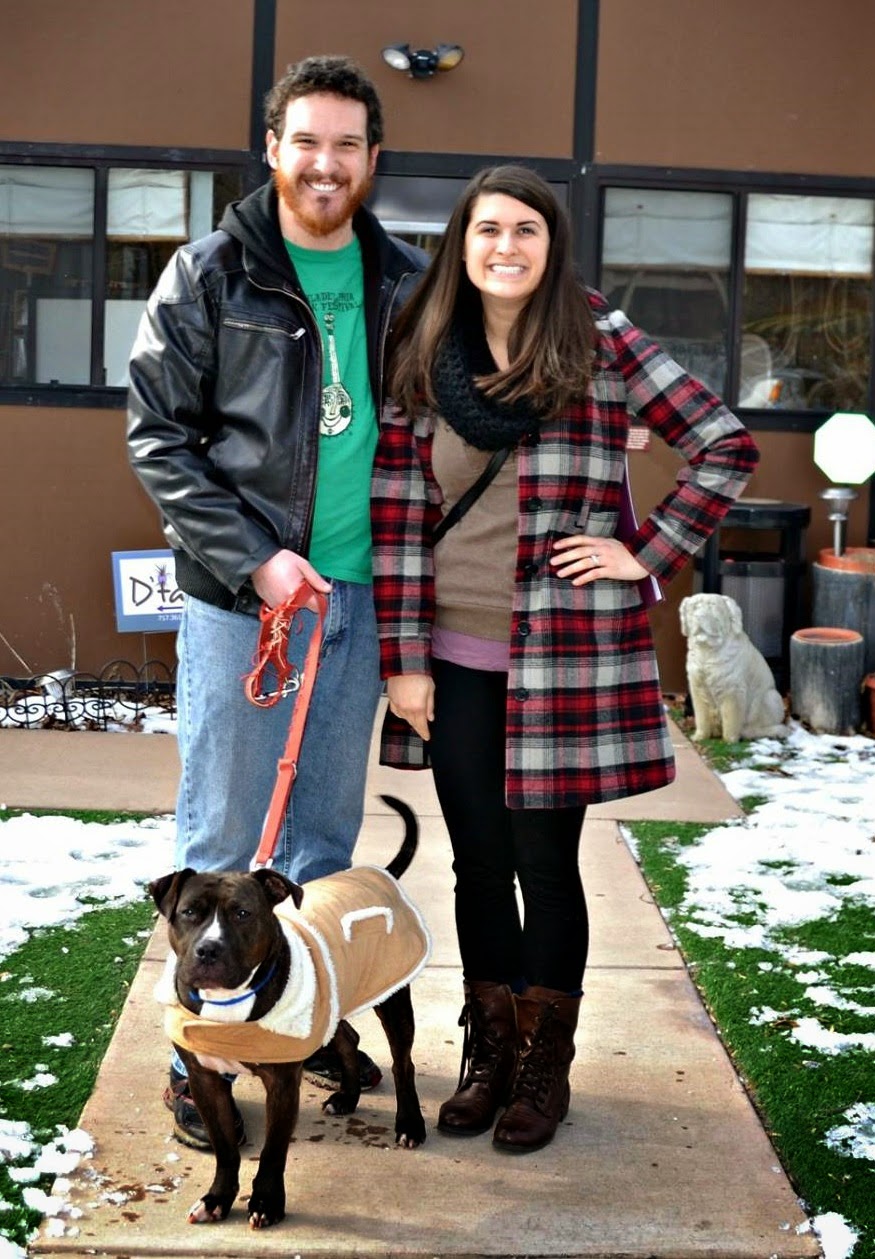 His name is Butler!  He's 4 or 5 years old, such a cutie, and already blending well into the house.  Puddin' is still getting used to sharing the attention, but I know they'll be besties soon enough.  We adopted him from an amazing rescue named Pitties.Love.Peace!

Day 6, Saturday 1/10/15 - Dave and I kicked the day off with an intense 20 minute WOD.  Then, I felt like I spent all afternoon cooking.  Both brunch and dinner were so delicious that it was worth it though.  I even made homemade mayo for the first time!  And some delicious baba ganoush (go make that, seriously).  Dave really hasn't "followed" the timeline, but today he was all about napping.  My head kind of started hurting around dinner time, I think it was because I didn't drink any caffeine!  I drank a cup of green tea and then ended up napping on the couch before bed time. 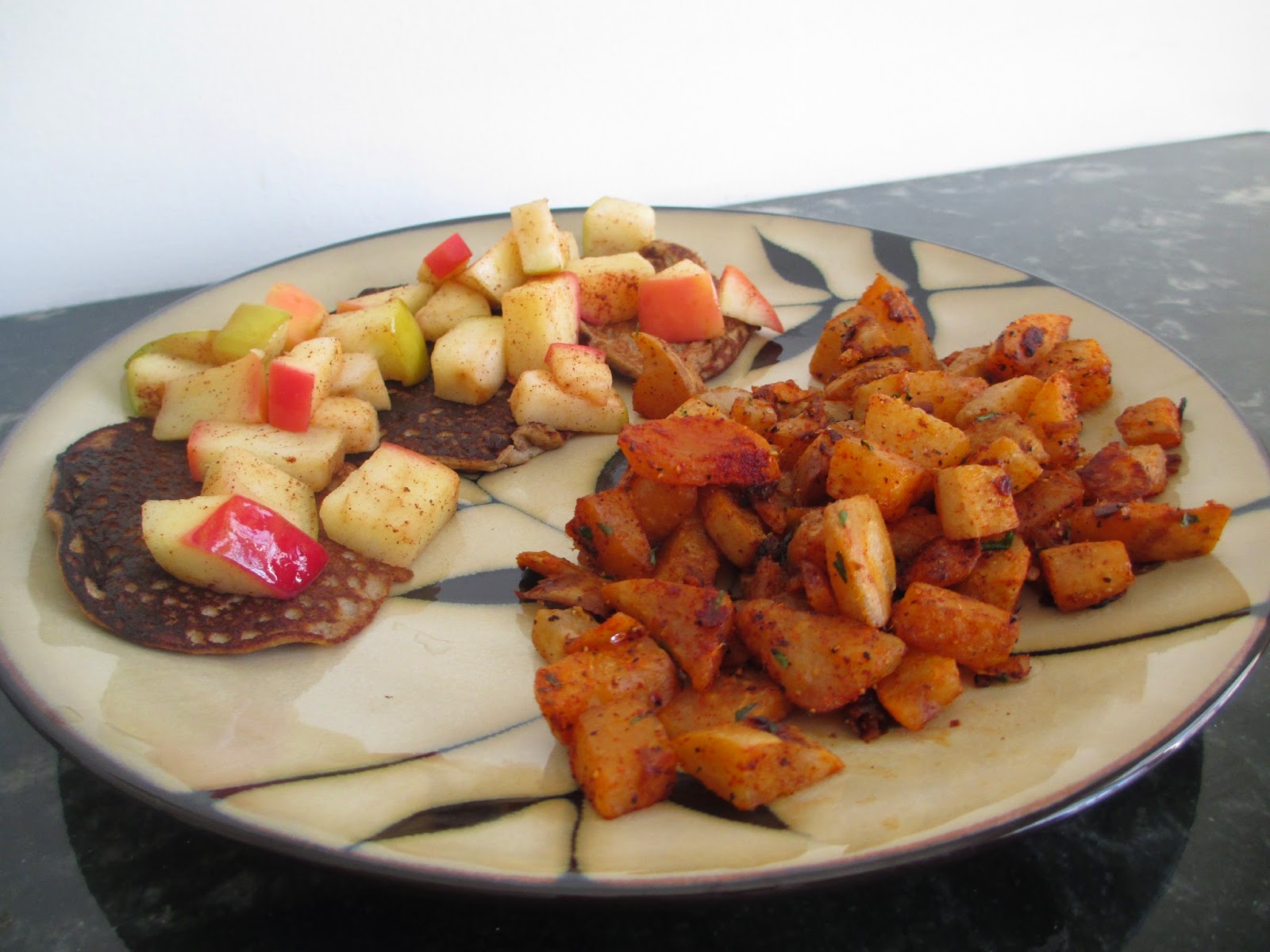 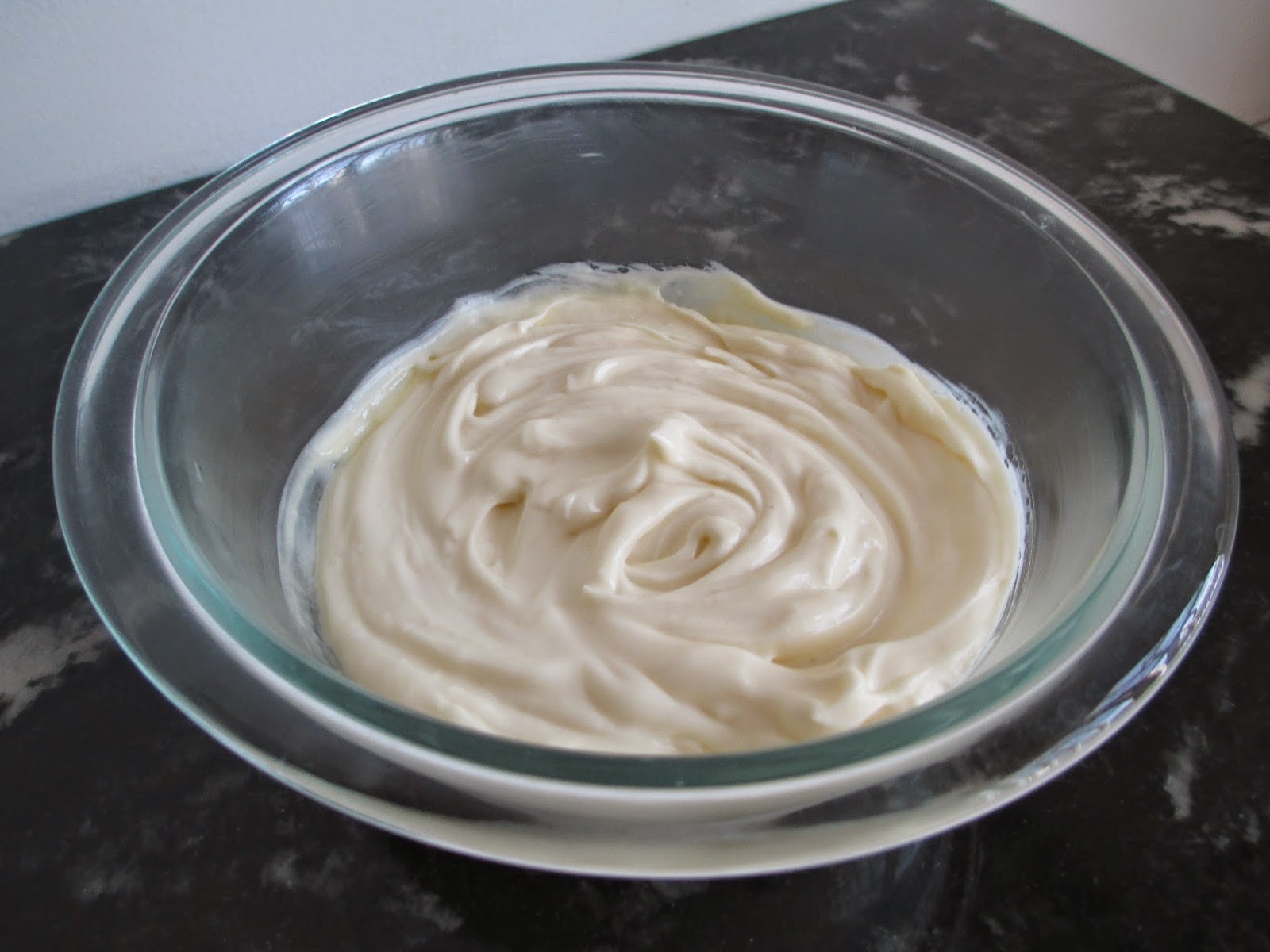 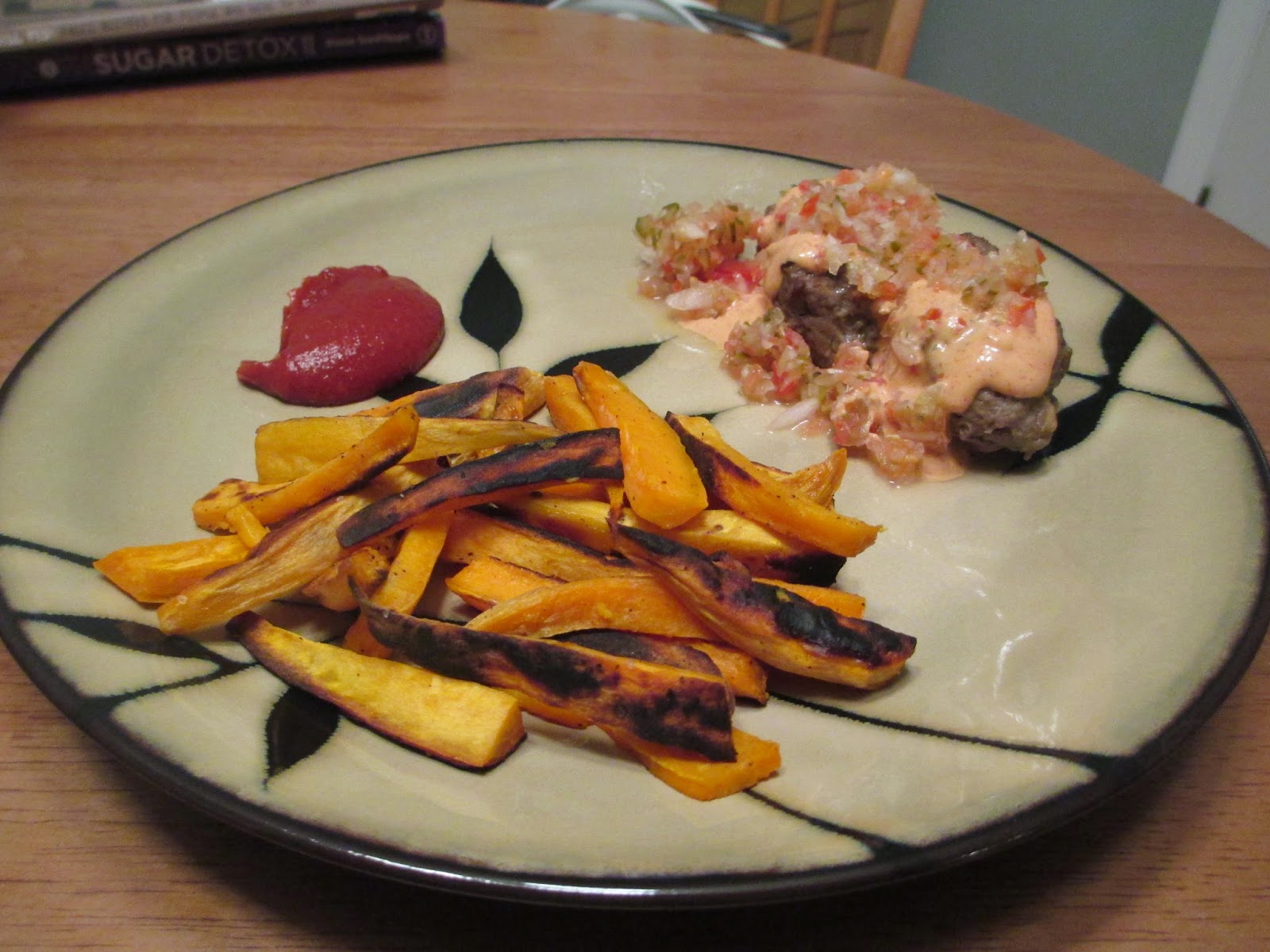 Day 7, Sunday 1/11/15 - Ugh... I cheated.  Jesus made me do it lol.  They serve communion at my church twice a year and I've skipped it before while doing Whole30s, but my first week back in choir, sitting up in front of the entire church, I just couldn't bring myself to decline.  I am convinced the grape juice and cracker are the cause of the zit that appeared on my face later that day.  Today was less strenuous in the kitchen.  I intended on putting away Christmas decorations this weekend, but laying on the couch watching football and Breaking Bad was more important apparently.  My entire body was so sore from CrossFit! 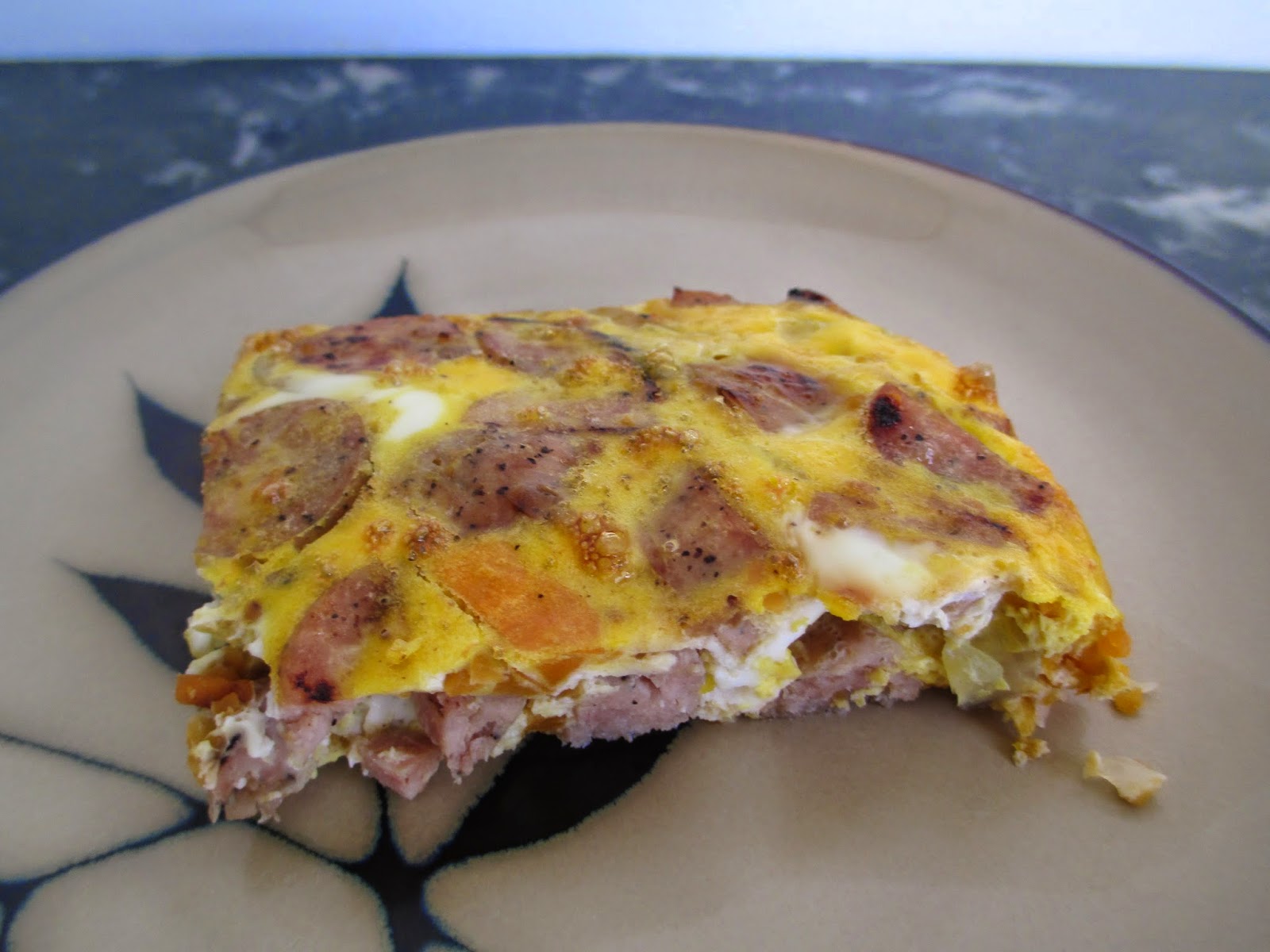 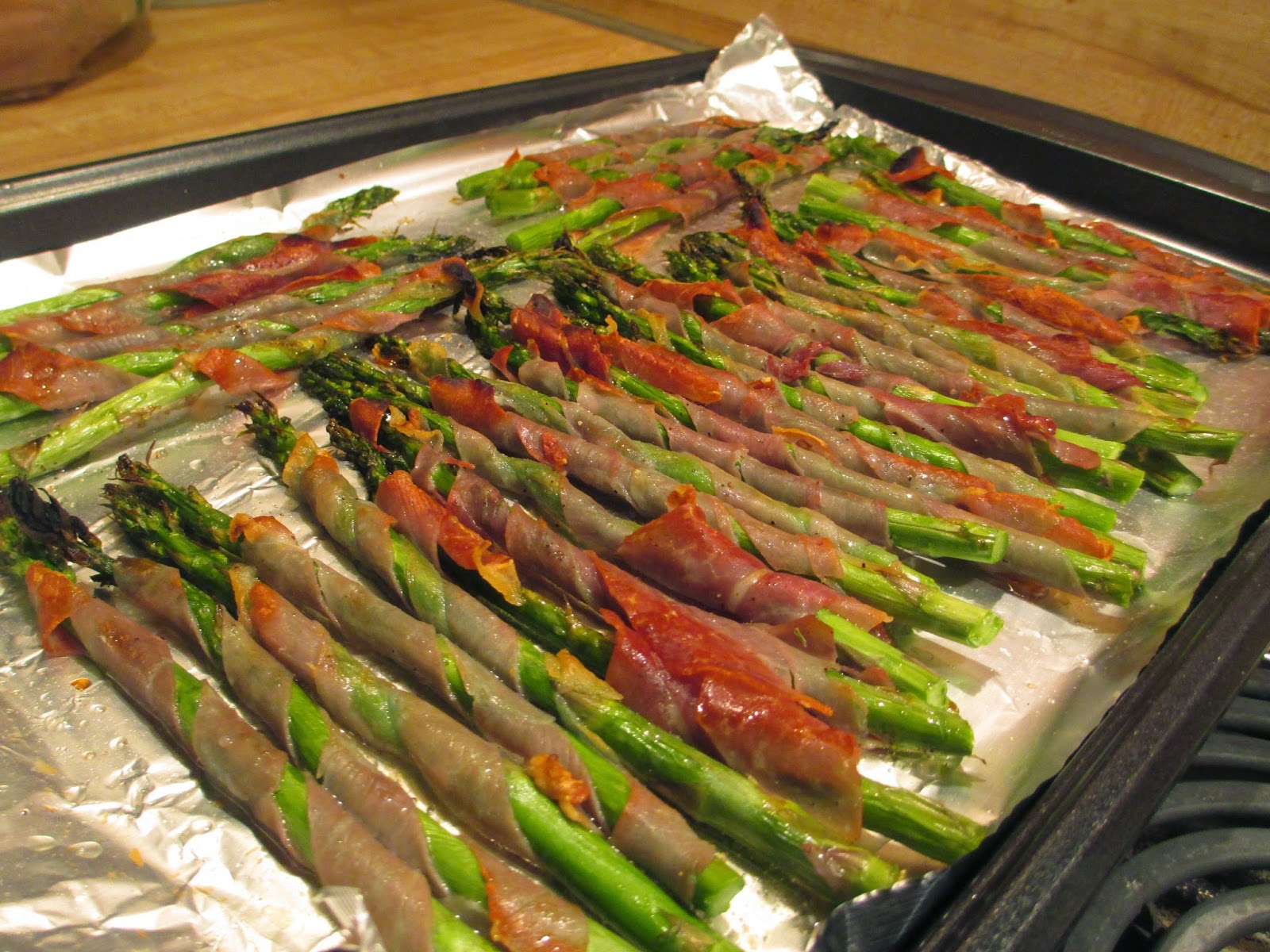 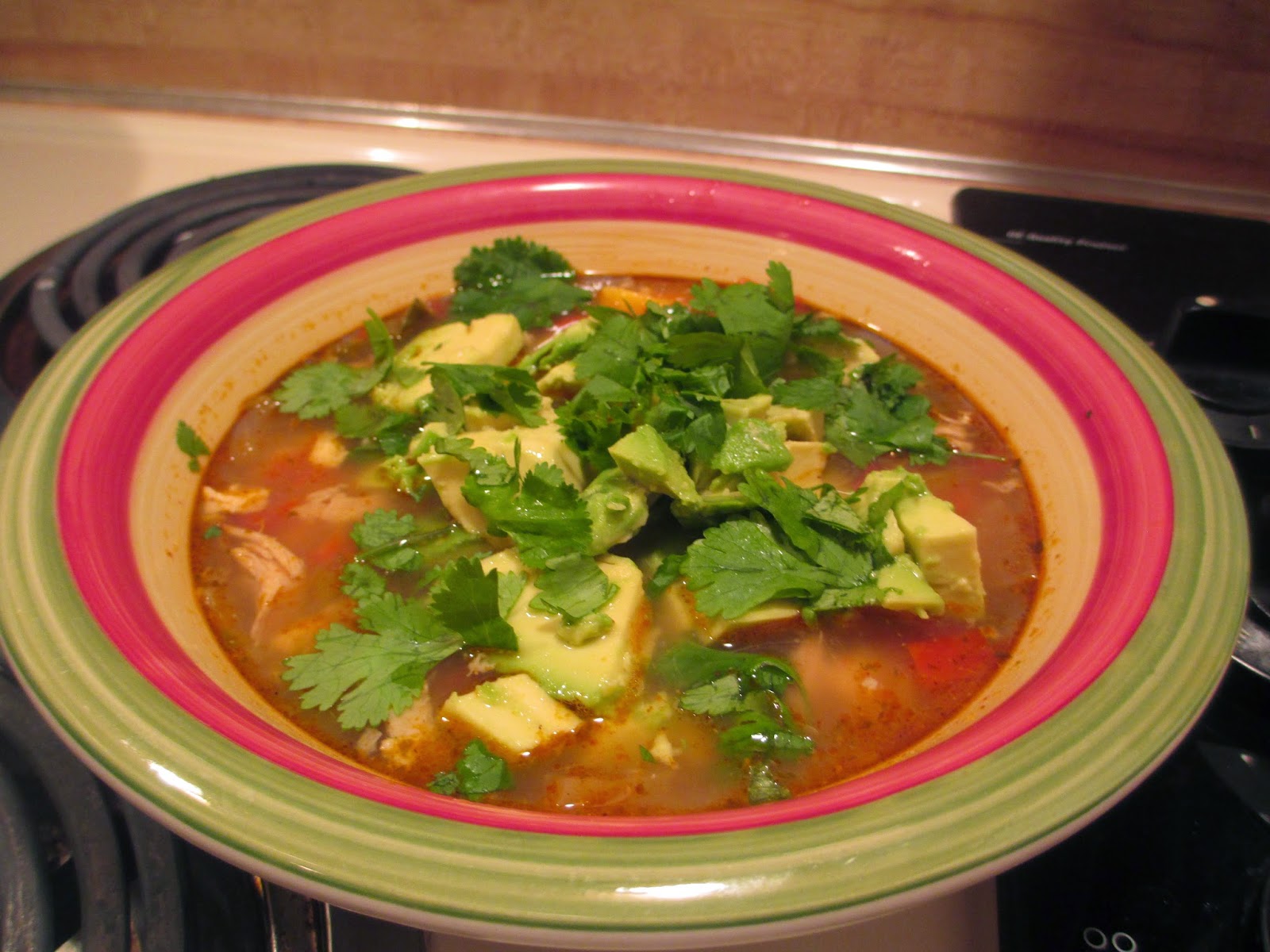 Day 8, Monday 1/12/15 - The day started with avoiding treats in the kitchen at work. I skipped my coffee since I've been getting so much sleep and I'd love to be able to go a day without without facing a headache.  I felt great all day, no caffeine withdrawal headache, yay!  Tore it up in the kitchen tonight and made a ton of food.  I was jealous of everyone's Chinese food leftovers today at lunch, so my Asian feast was perfectly timed.  I wasn't particularly interested in anything on TV so instead of mindlessly watching something and staying up late, I read a chapter of my book and turned the lights out around 9:30. 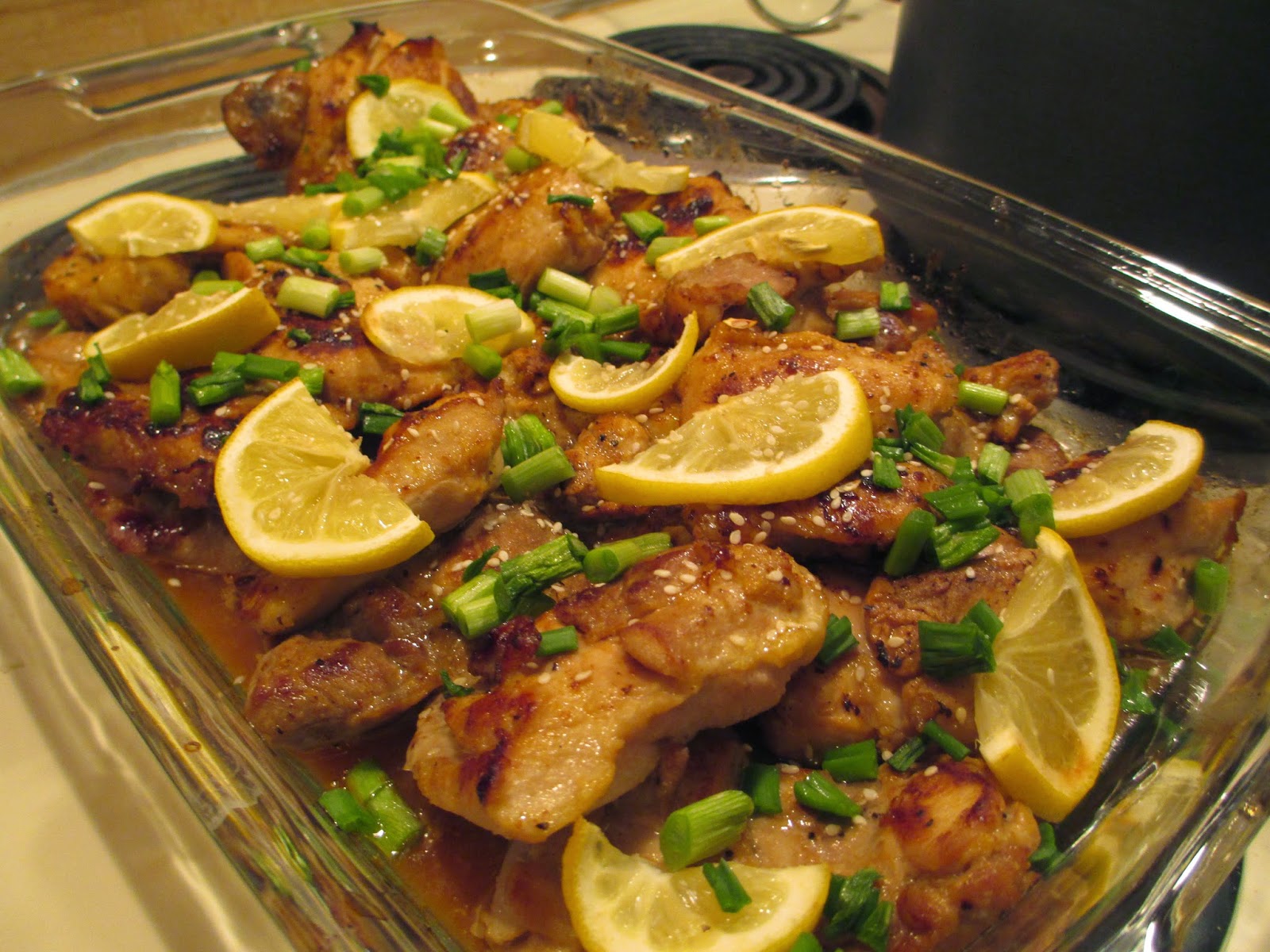 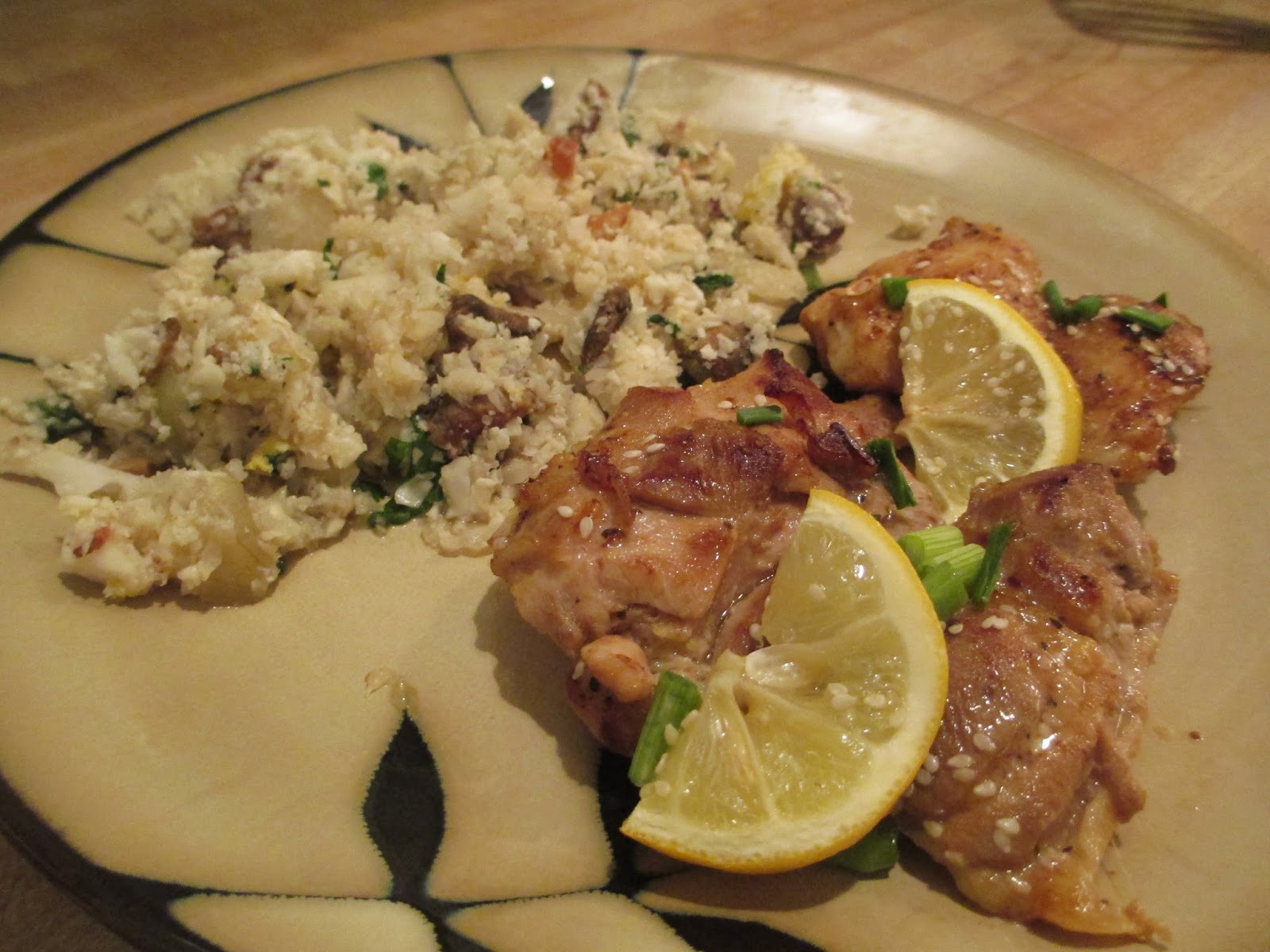 Day 9, Tuesday 1/13/15 - Got after it at CrossFit this morning!  The WOD was 12 minutes of 1, 2, 3, 4.... deadlifts and chest to bar pull ups.  The Rx weight for women was 155 lbs, which my coach recommended I go for.  It was super heavy.  I thought about pulling some weight off my bar mid WOD, but my coach kept encouraging me and I just kept going.  My chest wasn't exactly hitting the bar, but I did all of my pull ups unassisted.  I finished the 7th round and did 8 deadlifts and 1 pull up.  I was proud of this workout!  The rest of the day was pretty uneventful.  I skipped my coffee again with no ill effects.  I avoided a trip to Chipotle with my coworkers.  I knew I could get a compliant meal there, but with so much food already in my fridge, I decided to eat what I had and save Chipotle for when I'm in a pinch!  I knew I had some errands to run after work, so I brought extra food to work with me for dinner.

Day 10, Wednesday 1/14/15 - Getting out of bed at 5:15 am has not been easy lately, which is weird since I've been going to bed so early!  My back was feeling pretty sore from those deadlifts the day before, even though my coach said I kept good form throughout the WOD, which made the front squats feel kind of terrible.  This morning's WOD was a 12 minute AMRAP of 3 goblet squats (squats holding a kettlebell), 6 alternating kettlebell snatches, and 9 handstand push ups.  It really just felt like 12 minutes of handstand push ups and for some reason, mine were off.  The rest of the day was very uneventful.  I skipped my coffee again.  For some reason I wasn't really hungry for dinner.  I ate some leftover soup but barely ate a third of the bowl before I decided I wasn't into it. 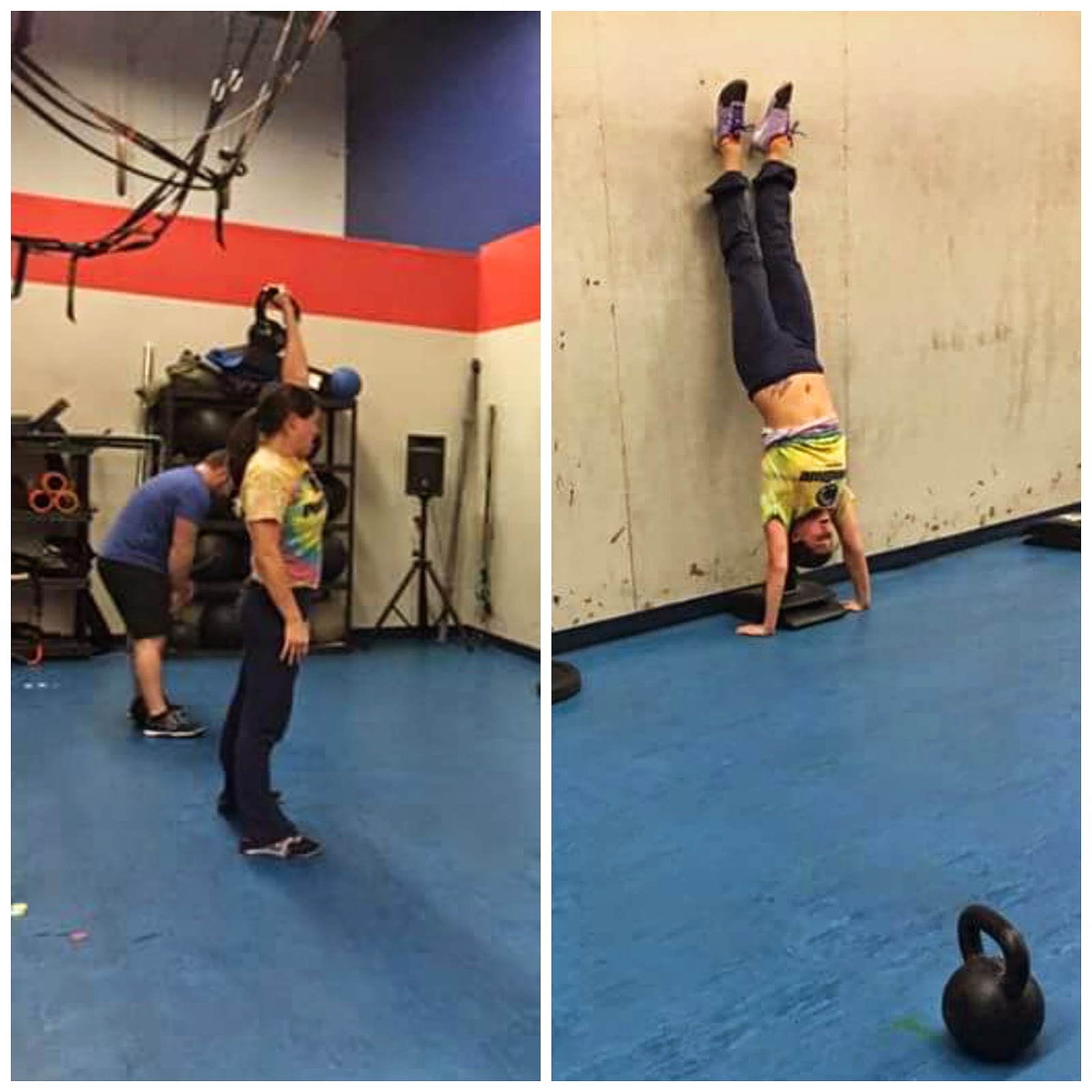 Day 11, Thursday 1/15/15 - More leftovers for lunch.  I decided to drink some coffee today knowing that I would be out later than my bedtime.  I didn't really notice any serious effects.  I brought some extra food to work, intending on eating before we left for the Flyers game but I was so full from lunch, I had no interest in choking down dinner that early.  I drank a Suja juice (the 24 Karat flavor) on the way down and still wasn't feeling super hungry.  Then we went into a bar... and everything smelled amazing.  I literally had to leave when the guy next to us got a quesadilla and fries.  When we got into our seats in the Wells Fargo Center, Dave told me that he was going to get an order of crab fries and I decided the only way I wasn't going to lose my mind (or eat a bunch of fries dunked in liquid cheese) was if I got some food.  I ordered a sausage with peppers and onions without the bun.  It tasted good, but gave me gas immediately.  I died a little inside when the guy next to us came back with a giant slice of Lorenzo's pizza. 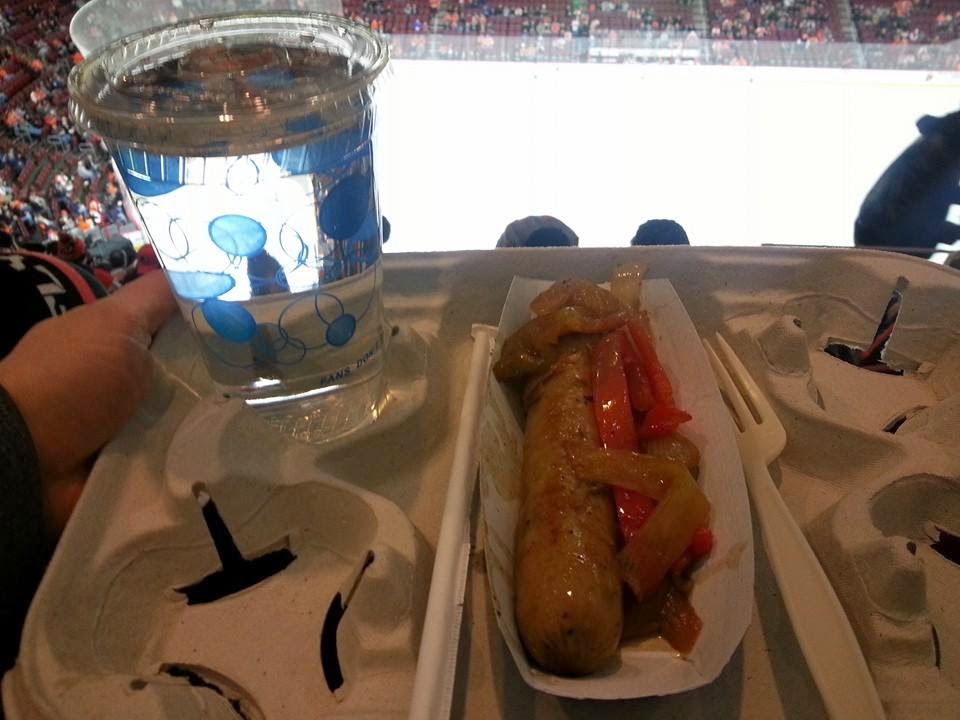 Day 12, Friday 1/16/15 - After getting to bed fairly late after the hockey game, I debated skipping CF in the morning, but I liked the workout so I decided to make it happen.  The WOD was pretty brutal, but I Rx'd it!  My legs were definitely feeling it later.  I was pretty sad eating leftovers for lunch while everyone else was enjoying free pizza from our company.  Pizza is definitely my weakness!  My company holiday party was that night.  I knew the menu beforehand and decided I was going to indulge in the Paleo choices and enjoy the party.  I ate some raw veggies and fruit, an antipasto kabob (minus the mozzarella ball), bacon wrapped scallops, bacon wrapped sirloin, crab stuffed mushrooms, and coconut shrimp.  I'm positive they weren't all Whole30 approved, but I felt good about my choices and they didn't give me a stomach ache.  Skipping the cheese plate and the dessert (omg, the cannolis looked amazing) was the hardest part.  I'm pretty sure some of my coworkers thought I was pregnant since I wasn't drinking the whole night lol!  I stuck to water and a coffee but still stayed out late with everyone and busted some serious moves on the dance floor. 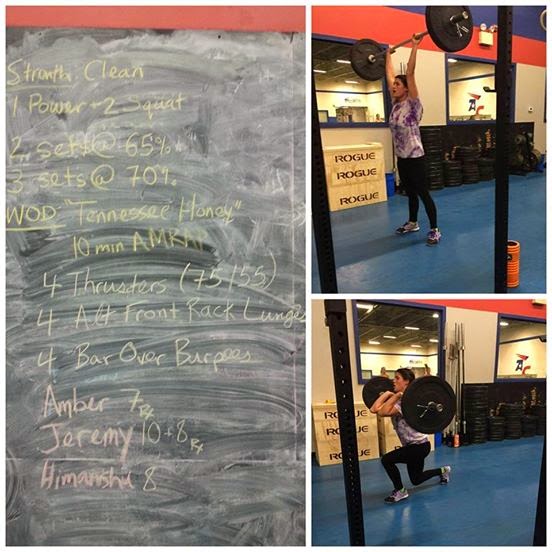 Day 13, Saturday 1/17/15 - Today was the big adoption day, so we ate leftovers except for dinner.  I didn't really like the pork dish I made earlier in the week, so I whipped up some more of this sauce to up the flavor.  I was already thinking of making a BLT salad and seeing this post sealed the deal.  We took the pups for a nice walk, which was great for my sore legs.  I felt energized throughout the day and I'm really starting to feel slender.  I've been wearing some clothing that I had been avoiding for a while because they just weren't flattering.  Yay :) 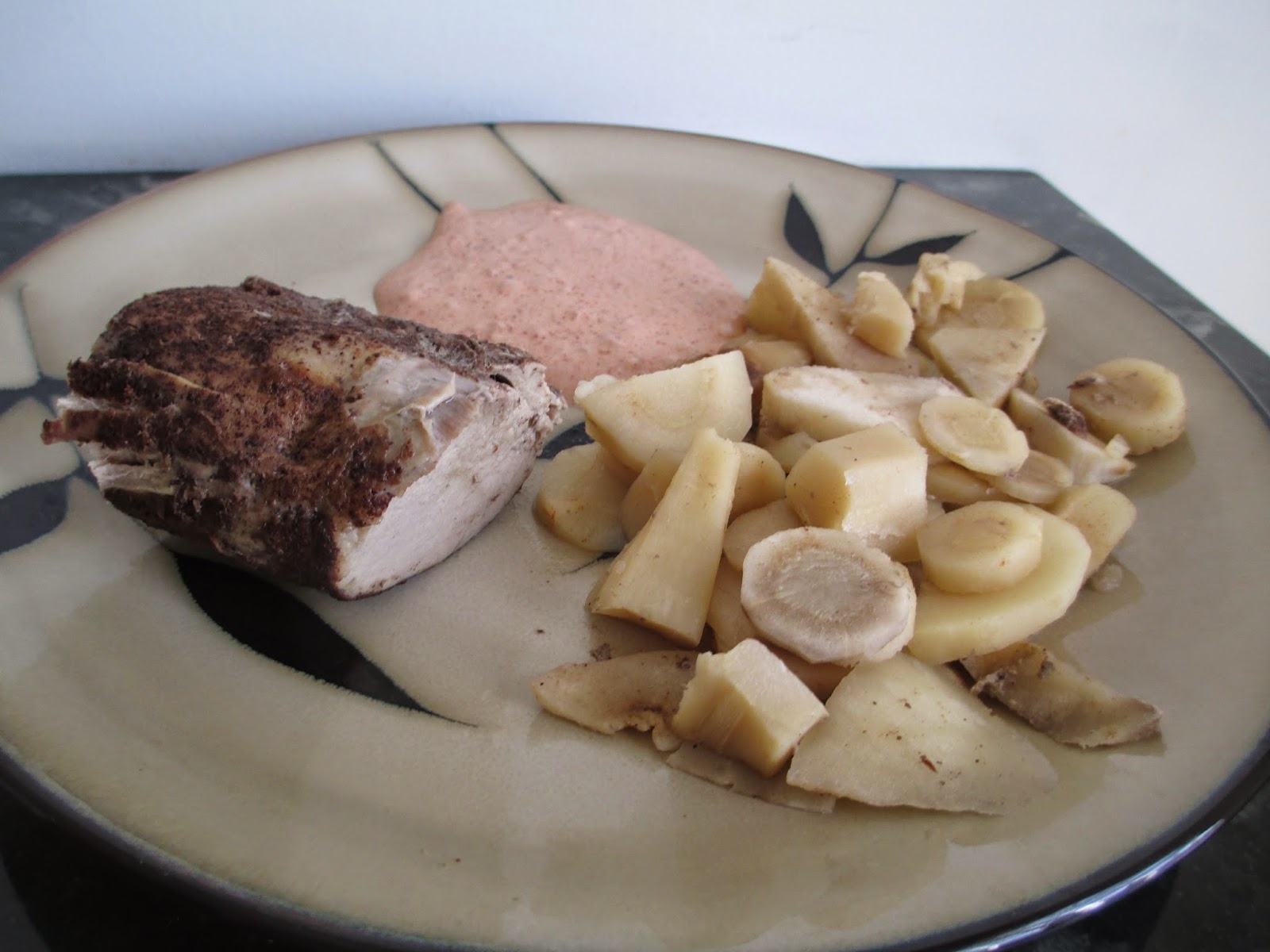 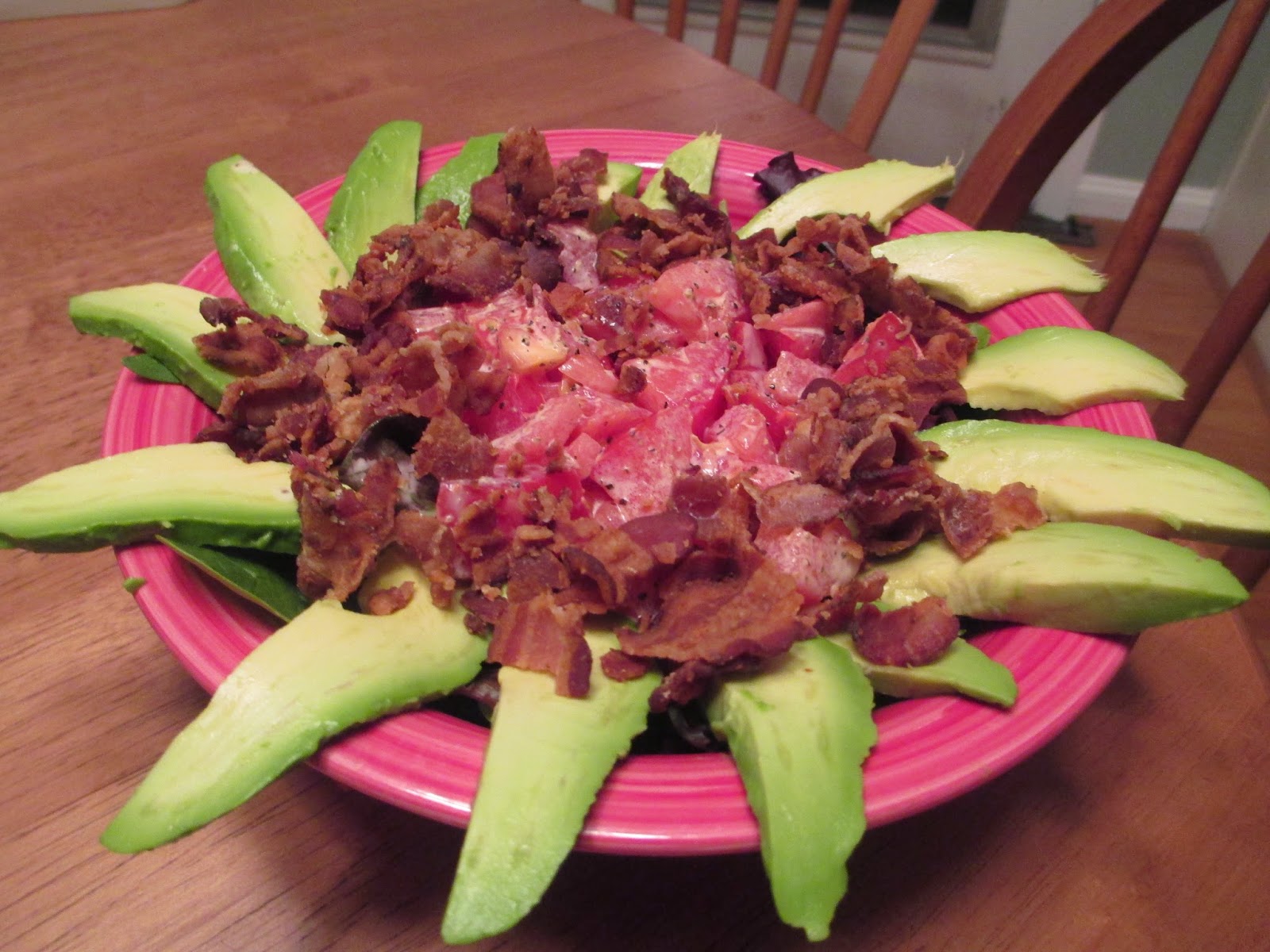 I owe you guys a meal plan!  We've been eating leftovers and making do with whatever we had in the fridge, but tomorrow I'll definitely be hitting the grocery store!  Tomorrow is Day 15, going strong!