- I've been battling a cold for over a week now.  I don't get sick very often and usually it doesn't last long, but this time sucks and Dave is sick too.  Guess 2 weekends of wedding partying in a row will do that to ya.

- I haven't run in two weeks.  Partly due to sickness, partly due to laziness.  Not really the greatest way to train for a race.  What happened to the super motivated girl from the spring?  I guess it's safe to say I'm in a fitness rut.  I skipped out on basically the whole last month of my yoga/zumba Groupon (even though I liked the classes), I haven't been doing my little better than nothing (BTN) livingroom workouts, and my race training hasn't been where I want it.  I really need to turn over a new leaf and find some new fitness goals.  Perhaps it's time for another push up challenge?

- I've been really trying to eat clean, specifically eating whole foods and avoiding grains and sugar.  But I've recently been craving a pumpkin roll... you know, with the cream cheese frosting?  I seriously want to take one to the face. 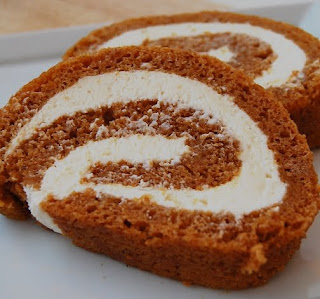 - My cheerleaders have a competition this weekend in Philly.  One squad performs at 8:30 am... the other squad from our organization performs at 4:30 pm.  The bus leaves at 5:30 am and I won't get home until after dinner.  Longest.day.ever.

- Super pumped about our Halloween costumes.  Dave and I need to spend some time crafting, but we've got all the supplies and I think everything is going to turn out pretty awesome.  We don't have any parties until Turduckaween (Turducken Day aka Friends Thanksgiving + Halloween all in one) next weekend, but I think we'll be test driving our costumes at Chipotle on Wednesday since they are doing $2 Booritos for anyone in costume after 4 pm!

Do you have any fun Halloween plans?
Posted by Amber at 5:50 PM

Email ThisBlogThis!Share to TwitterShare to FacebookShare to Pinterest
Labels: ramble