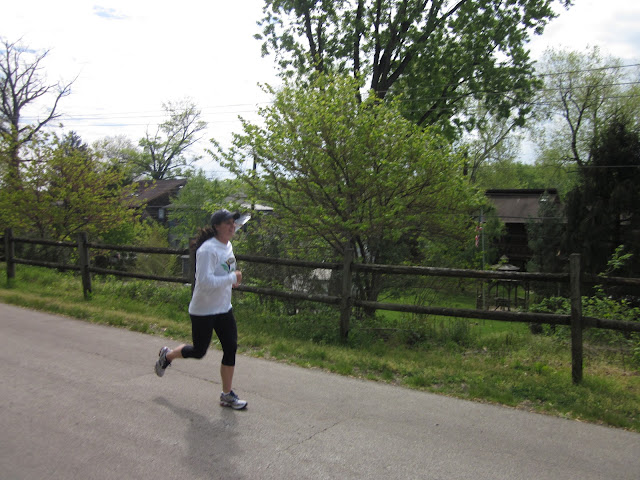 Since I couldn't find a running buddy and I couldn't bare the though of doing the 10 alone, Dave came with me on his bike!  He carried all of my supplies (water, tissues, fuel, sweatshirt when I got hot), played paparazzi, and cheered me on at the end when I really needed it.  What a great boyfriend!

The weather was perfect, mid 40s into the low 50s, cloudy with some sun.  The trail had a lot of traffic since it was so nice, tons of bikes were flying by us (some a little closer than I cared for), but it wasn't a huge deal.  The first 5 miles out flew by.  I kept the pace pretty slow and didn't stop at all.  I felt great.  At the turn around point I ate a few apple slices.  I wanted to pick up some real fuel before the run, but I never got around to it, so I went with what I had, which seemed to work out. 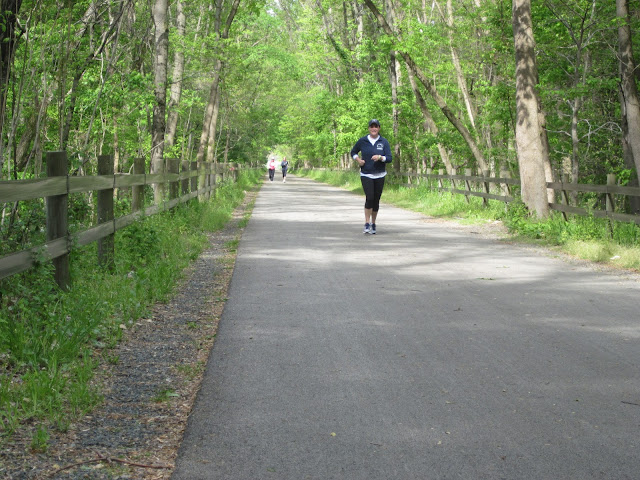 The second half went well too.  But again, the end was such a mental game.  I always thought these runs would be hard because I would be winded and getting side stitches but that's not the case at all.  As far as all that goes, I feel like I could run forever.  But my legs, oh my legs.  They are screaming by the end.  My hips get so tight and my knees start to ache.  The last 2 miles were so tough, but I also pushed it and finished strong! 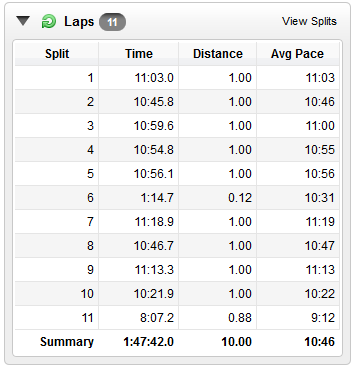 Again with the awkward splits, I hit the lap button at our turn around, so laps 7-11 were the second half.  Check out those last 1.88 miles!  Like a boss!

Finishing a long run is the best feeling ever!  Oh what did you do Saturday morning?  Sleep in?  Go to breakfast?  Battle a hangover?  I ran 10 miles!  I seriously feel like a rockstar.  And next weekend is the Broad Street Run and I am ready.

What's something big you've accomplished lately?!
Posted by Amber at 10:08 AM