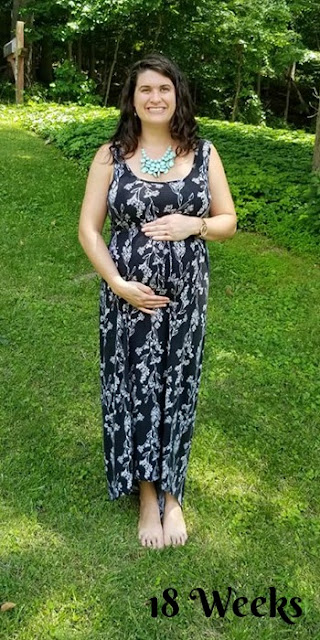 I think I'm finally starting to feel the baby kick!  They say second time moms typically feel movement earlier, so I really thought I'd be feeling it for a while now.  I was starting to get super antsy and then I was laying in bed one night and there she was!  I'm really looking forward to when it's more regular and noticeable. 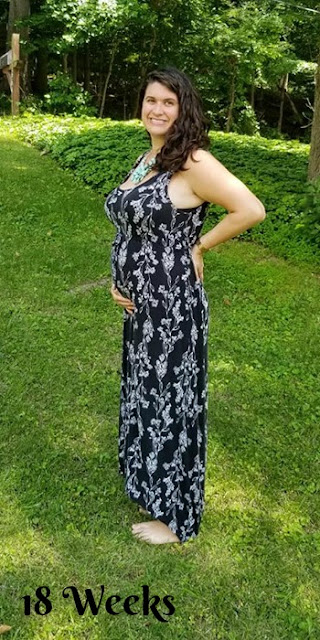 On Tuesday night I had a phone call with my doula Keli.  It was great to touch base and I'm thinking that I'm going to start listening to my Hypnobabies tracks soon.  Last time, I listened to them before bed and they always put me to sleep, so I feel like it's something I can start without making too much of a time commitment.  Leah ordered me some Zenbands, a headband that has flat speakers in it, so I think those will be amazing for listening in bed since the ear buds I used last time were kind of uncomfortable.  Plus the headband can double as an eye mask.  I just got them from her over the weekend, so I'll be starting the tracks soon.  Keli recommended starting by 28 weeks, so I'm in good shape. 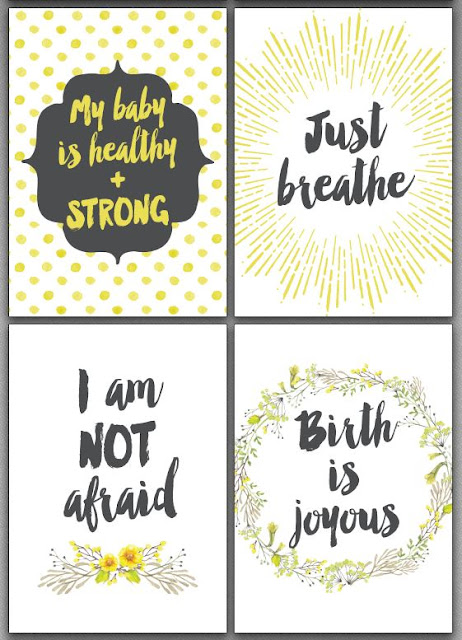 I hit the gym Wednesday morning and I think it overdid it.  We started with 5 rounds of L sit dumbbell presses and building up to a set of 3 heavy thrusters.  The dumbbell presses were easy but I went up to 100 lbs for my thrusters and they felt pretty close to max effort.  I felt fine afterwards and moved on to the workout.  The workout was 25 thrusters (55# for women), 400m run (I did 200m on the rower), 25 pull ups (I did 20), 400m run (200m row), and then 25 thrusters to finish.  55# felt super light after doing 100#, but I still get winded so fast and was already well behind everyone else in the first set of thrusters, so I decided that 200m on the rower was enough.  I was thinking about cutting the pull ups to 15, but they felt ok so I kept going, but then people started coming back from the second run so I cut it at 20.  When I got back on the rower, I was feeling something down in my uterus, so I just kept the rowing nice and easy and made sure my belly had space between my knees.  The thrusters felt fine, so I finished the workout, but my body was definitely telling me that I did too much.  I think I should've kept my heavy thrusters a little bit lighter and did a few less pull ups.  I also think I need to start eating something before the gym.  When I'm not pregnant, I don't like to have anything in my stomach before a 6 am workout, but now my hunger is raging.  Sometimes I will eat a little dry cereal on the way, but I didn't have anything this morning and I had regret.  I need to grab some Clif Bars, they were my go to last time.

The workout Friday was looooong. 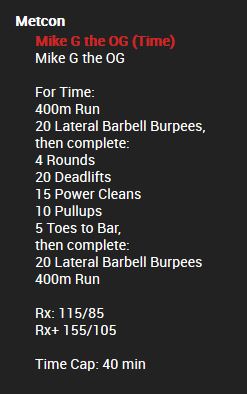 I subbed the 400m runs for 10 calories (0.5 mi) on the bike, did squat thrusts for the burpees, and I just skipped the toes to bar all together.  I Rxed the barbell work at 85# and did all the reps and they felt great.

The worst part was really just the squat thrust barbell jump overs.  I was not a fan and I think I'm done jumping over any bars after today!  I finished in 35:03 and felt kind of like I may have overdone it again today.  I guess I just need to chill a little bit, just because I can do something doesn't mean I should.  Not the easiest concept for me.

My weekend was spent catching up with some friends via play dates, watching Dave lead church on Father's Day, and being somewhat productive.  Dave did a lot more work than I did this weekend and the office is all but empty!  The walls need to be patched and prepped, but we are getting close to painting.  And I need to pick a color!!!!

I was leaning towards mint green walls with pink and white accents. 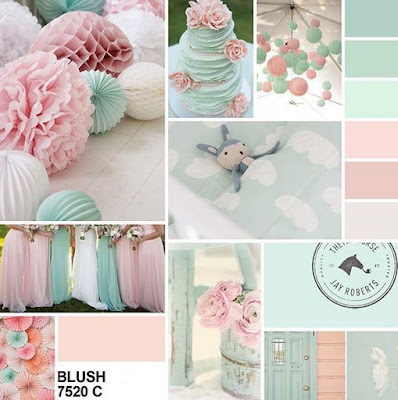 But then I realized Vienna has a lot of purple things already, like blankets people made for her, that I don't want to clash with the room. Dave is still against doing purple walls and I'm not sure how I feel about purple and mint alone together.


Although I actually love this cacti inspiration!  I had considered mint and navy, but maybe a lighter blue would be more complimentary to any purple that's going to be included.  These two might be my favorite. 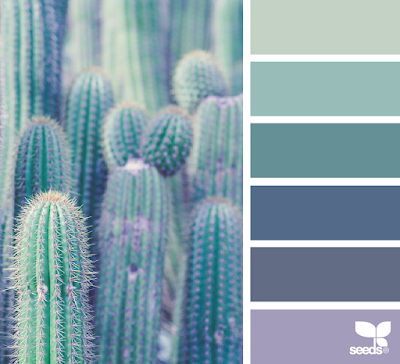 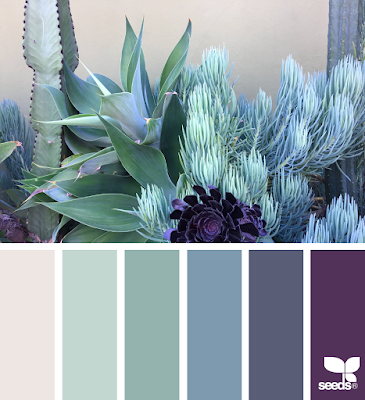 
Or maybe I just need something more green, less mint. 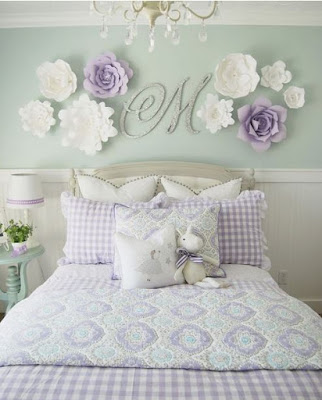 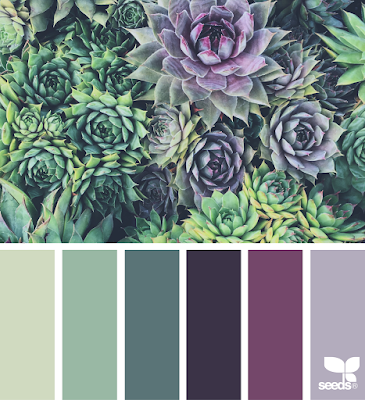 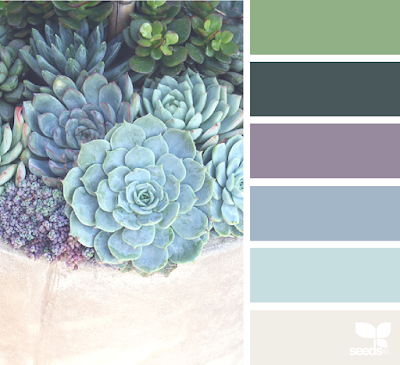 
What do you think?!