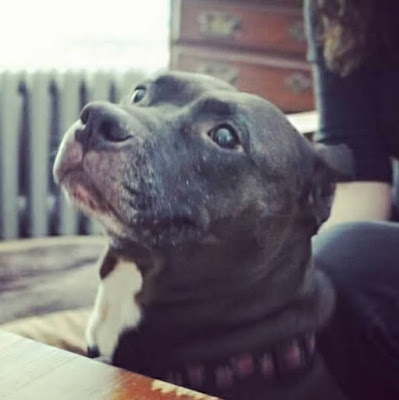 Puddin's passing was very unexpected. She had been to the vet on Tuesday and she was scheduled to get a small lump on her leg removed on Friday. The vet was not super concerned and had checked her vitals. On Wednesday we had friends over and they brought their dog. Butler and their pup were having a grand old time in the yard and Puddin' was just hanging out, but then she went down to make sure everybody knew who was in charge! She did a couple of laps around the yard and put the younger pups in their place. Later in the evening, she inched her way onto the couch to get double cuddles. She was arched doing her classic "seal dog" move across me and was being such a sweetie. By the end of the night she was sitting upright in the crook of my arm and I just kept laughing at how silly she looked.

On Thursday I headed home from work to grab the dogs and meet Dave at his parents' house for dinner. I quickly let them out to potty and then they both jumped in the car. Butler was sitting in the front because he's a monster in the car, Puddin' laid down in the back... which was completely normal. When I pulled up and parked 10 minutes later, I went to open the door to let her out and I immediately knew something was horribly wrong. She wasn't breathing, she had peed, she was gone.

We drove about 15 minutes to a local vet hospital since our vet was closed. They knew we were coming, so they immediately took her out of Dave's arms when we got there. But it was too late. She had been gone for probably almost 20 minutes. There was nothing they could do. 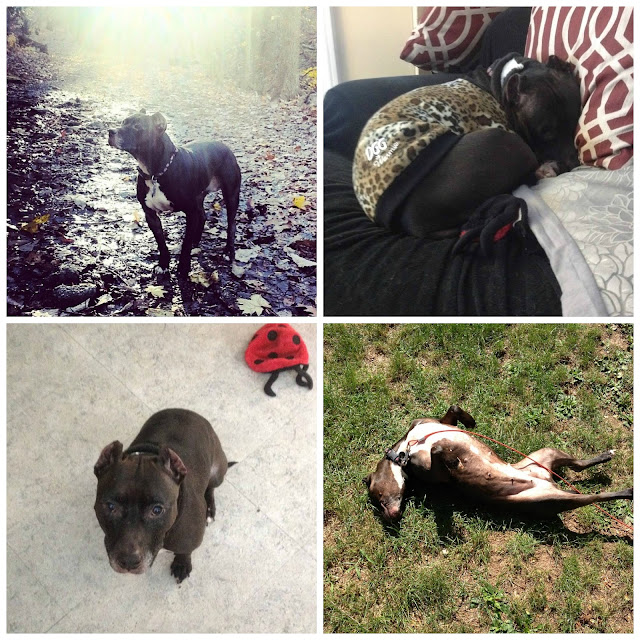 When Dave told me he was thinking of adopting his friend Rachel's dog in August of 2010, I was super excited... until he told me it was a pitbull.  I was skeptical of the breed, I didn't really care for short haired dogs, and to top it all off her name was Puddin'.  Puddin'?  Really?  I thought that had to be the stupidest dog name I ever heard!

And then I met her.  And she was Puddin'. 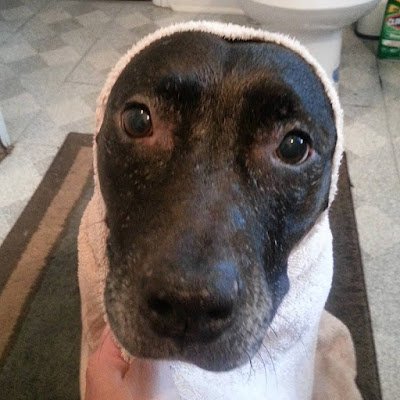 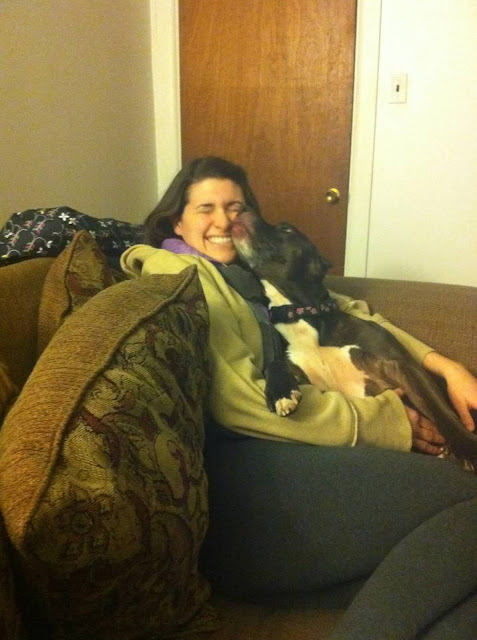 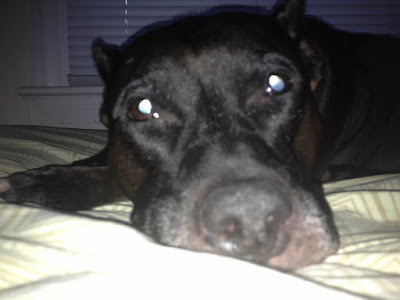 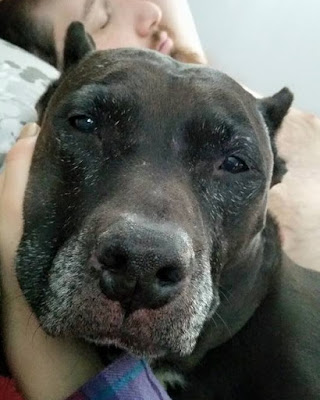 Puddin's life started very rough.  I'm not sure exactly what happened to her, but I know she had a lot of babies because her nipples were very stretched out when Rachel's family adopted her.  Her ears were clipped.  She had scars.  She lived with the Powells, who are the biggest dog lovers I know, until Rachel moved out and she took her with her.  She was a spoiled princess during this time and was Rachel's Puddie-Girlfriend. 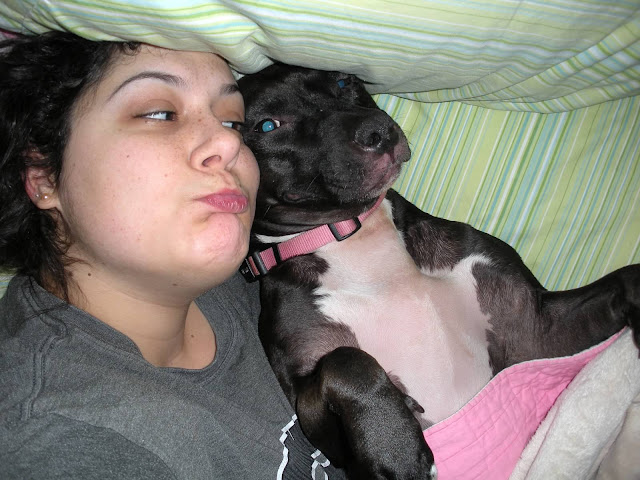 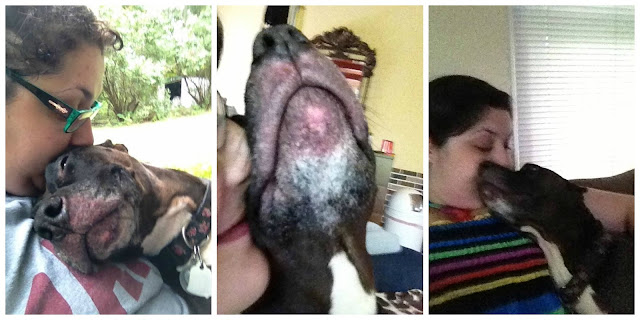 When Rachel moved back home, she could not take Puddin' with her, so that's when we ended up with her.  I know this was hard for both Rachel and her parents, but I'd like to think everything happens for a reason.  Puddin' changed my life forever.  She made me fall in love with a misunderstood breed and now I will adopt pitbulls for the rest of my life. 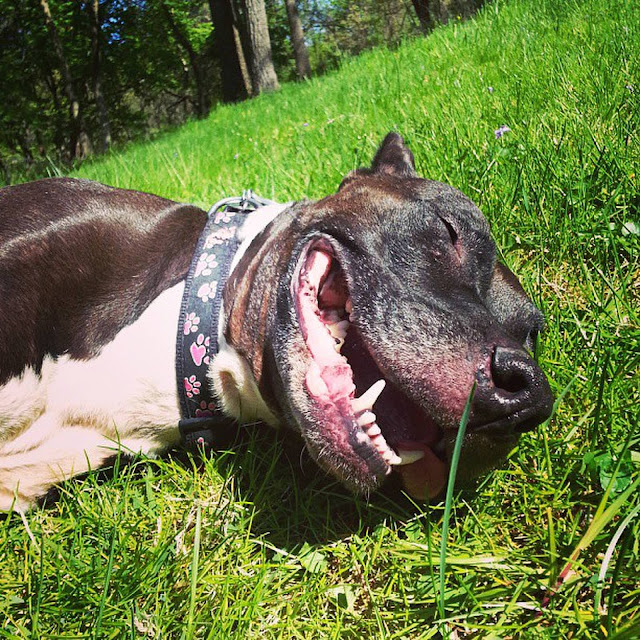 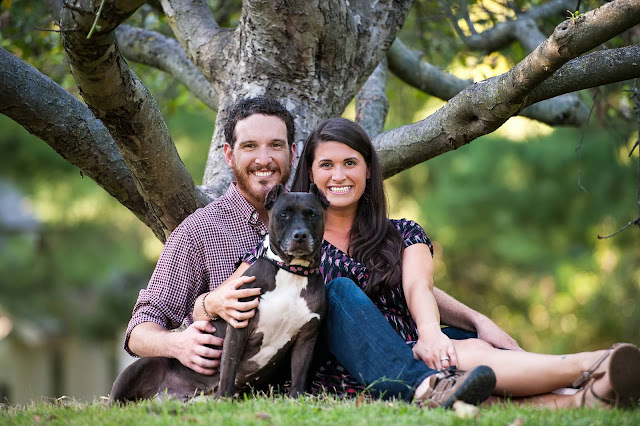 Puddin' could've been the poster doggie for pitties!  She was so laid back and well behaved that we took her everywhere.  She changed so many peoples' minds about the breed.  And every time we were at a party, we'd receive comments about how she was the best dog ever.  I couldn't tell you how many times people told us they were going to steal her!  Both my parents and good friends now have pitties that look like they could be Puddin's sisters. 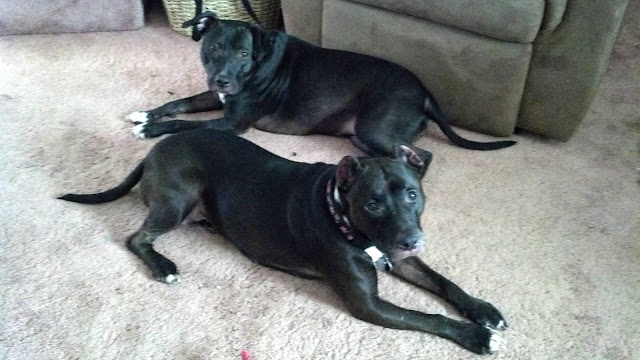 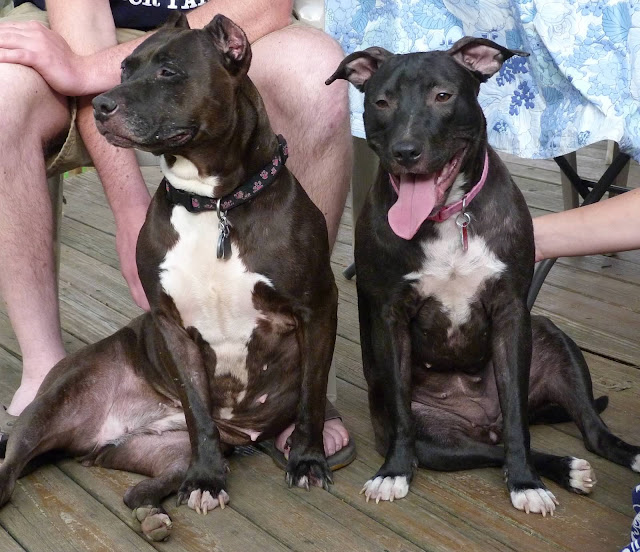 Puddin' was one of the sweetest dogs I've ever met.  She thought she was a lap dog.  She loved to give lots of kisses.  People would always bend down to pet her and then next thing they knew, her tongue was in their mouth.  If she saw the opportunity, she would go for it.  Whenever we arrived home, her tail would wag so hard that her entire body would wiggle.  I remember waking up at Midgley Lane to her wild tail hitting the radiator because she was so excited and making such a loud dinga-ding-ding noise.  She was always the absolute sweetest in the morning.  She was so happy to start the day.  Over the years, she stopped waking us up and it turned into having to kick sleeping beauty out of bed. 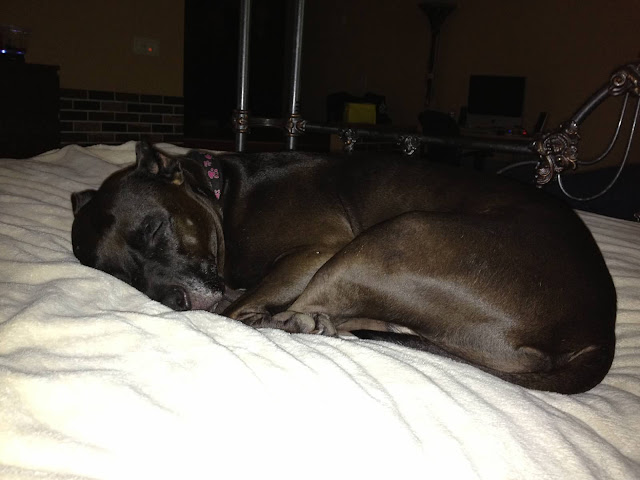 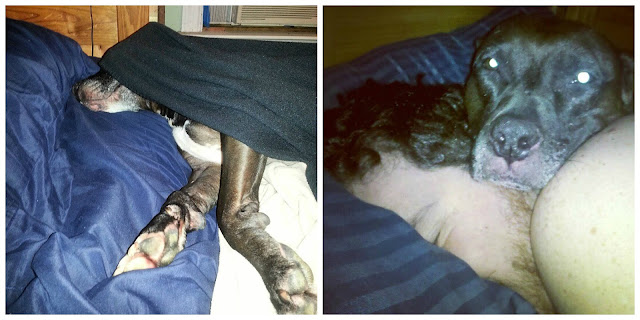 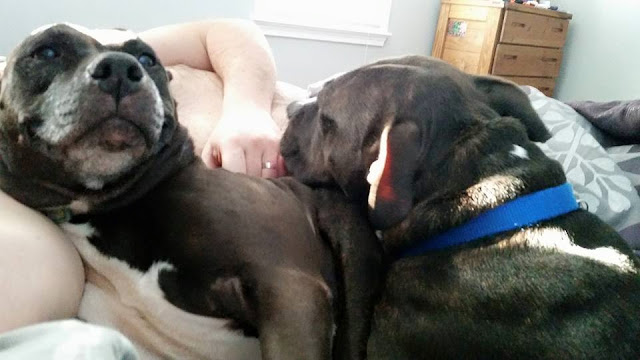 After almost a year, we started getting comfortable with having Puddin' off the leash in our yard.  I remember getting nervous about her running off, but we realized she just wanted to be near us.  My heart was pounding the first time she ran off chasing the deer that were always in our yard, but she'd run to the edge of the treeline and then just give up.  We began to trust her so much we would walk her off leash too.  I only got caught by a park ranger once and I'll never forget it because poor Puddin' was in a cone at the time.  I just couldn't help but laugh at the idea of my "ferocious" dog causing any drama in the park with this giant cone on her head. 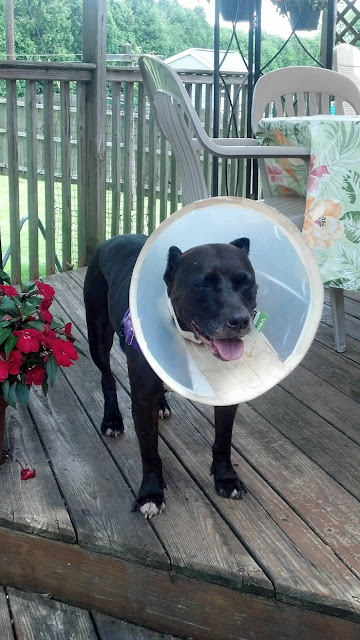 Although she would usually listen to us, she was also very stubborn.  Sometimes she would run up to the edge of the field and no matter how many times I called her, she'd just ignore me until I'd walk all the way out to where she was and then she'd run back like "what?  I didn't do anything wrong mom!"  I'll never forget one morning when I let her out to go potty.  I let her out just like normal and then when I came to get her back in she was no where to be found.  Once in a while she disappeared into one of the neighbor's yards and then when I called her she'd come sprinting back, but I kept shouting her name and she never came.  I started to panic and started running around the neighborhood in the rain screaming her name.  I was so scared she had ventured out to the road or disappeared into the park.  I jogged all the way down to the creek in my work clothes and it started pouring.  I was soaking wet, really freaking out, when I spotted her... sitting on our neighbor's porch.  That little dog did not want to get wet in the rain! 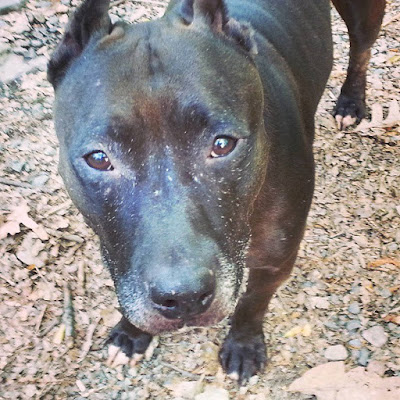 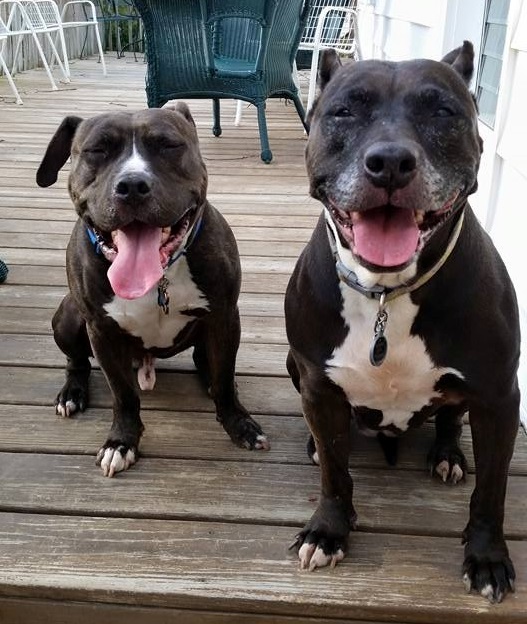 She was also known for her hard head.  If Puddin' wanted to get into a room, no closed door could stop her.  And she was very sensitive to certain noises.  One time our smoke detector died and she hated the beeping noises so much that she put her head through a window!  Our neighbor heard a crash and thought we were getting robbed, but when he came over to investigate he only saw Puddin' making her escape.  The poor thing wasn't injured aside from some scratches, but it was pretty traumatic! 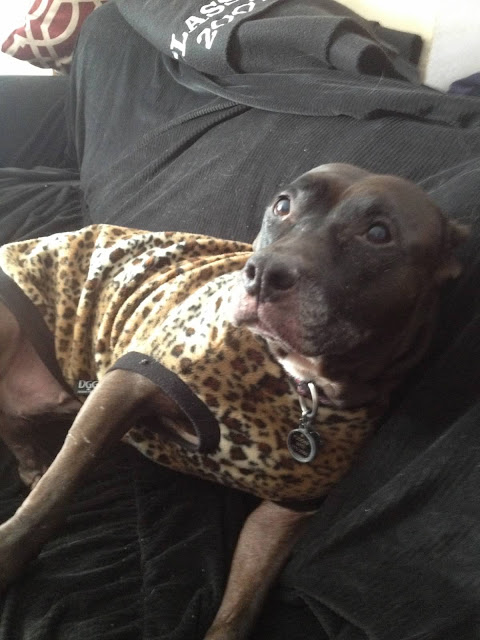 Puddin' was a slut mutt.  She would purr when you pet her just right.  If you stopped, she would make weird noises at you letting you know she didn't approve.  People would say "oh Puddin' must love me" and I'd think... no you're not special, she's a whore :) 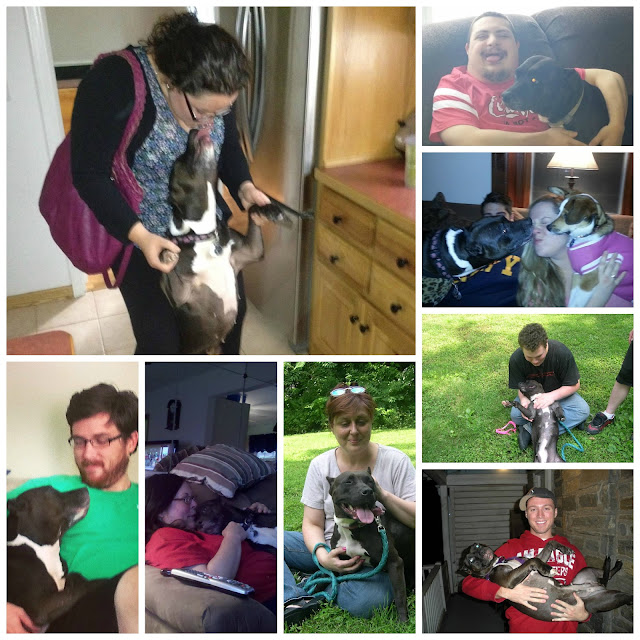 I think about Puddin' often.  I picture her curled up on the couch next to me.  I reminisce about all the silly things she did.  When it thunderstorms, I picture her shaking like a leaf.  When I get home, I long to see her cute wiggly butt coming to greet me.  I miss her so much.  She was an amazing dog and she will always be in my heart. 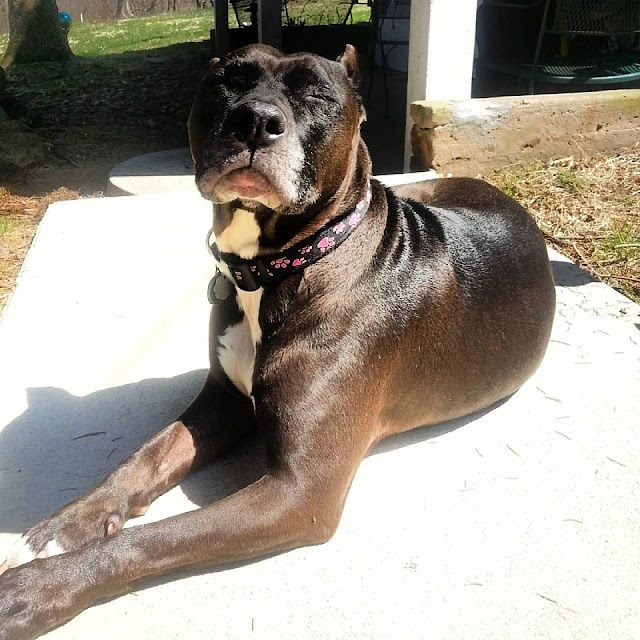 Email ThisBlogThis!Share to TwitterShare to FacebookShare to Pinterest
Labels: Puddin'