Dave and I celebrated our 1 year anniversary last weekend and it was perfect!  Our anniversary was on Sunday, but the festivities kicked off Saturday when I came back from a walk with Butler to find a box of chocolates and these! 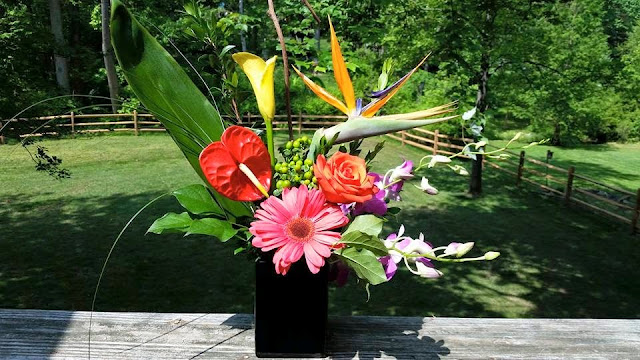 After enjoying brunch on our deck, we relaxed until it was time to check into the hotel.  We had our wedding reception at the DoubleTree and part of our package was a free night stay a year later for our anniversary!  We checked in, enjoyed some champagne in the room and got ready to go out.

Our first stop was T. Burke's, the hotel bar where we had the after party for our wedding.  We had a $25 gift certificate, so we decided to stop down and have some cocktails before dinner.  We reminisced about all the fun we had there a year ago, taking shots and chowing down on Wendy's with our closest friends and family. 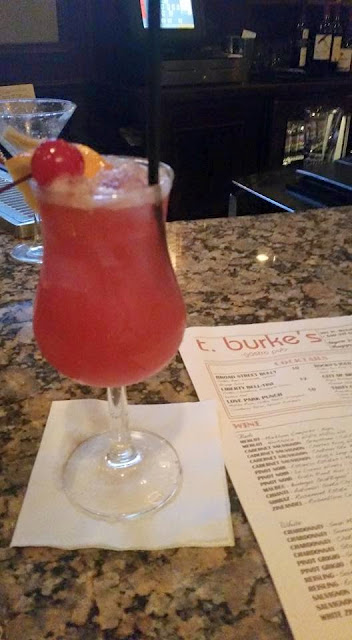 Next we headed to the Fox & Hound to have a drink with our friend Justin for his birthday!  And then finally we were headed to the Capital Grille for our fancy dinner.  When I made our reservation, I informed the restaurant that it was our anniversary, so they had decorated the table with rose petals and heart confetti and gave us a card.  We started our dinner off with the lobster mac and cheese.  It was tasty, but not the best lobster mac and cheese I'd ever had.  For dinner Dave got the Delmonico steak and I opted for the filet with lobster tail.  We also ordered some tasty mushrooms.  The meal was so rich and delicious. 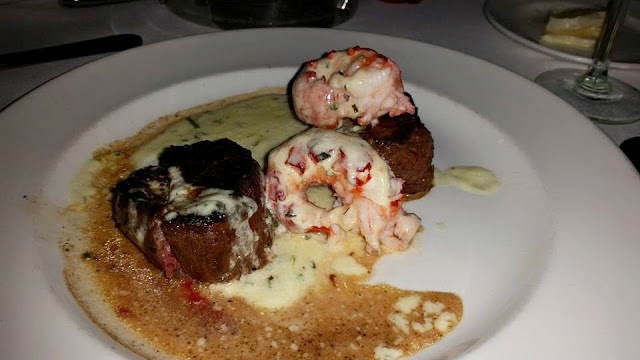 During dinner I got to open some amazing gifts from Dave.  On our wedding day he gave me a gorgeous bracelet and apparently when he picked it out, he also bought some earrings to match.  Unfortunately I totally forgot to take a picture of them because I immediately put them on!  He also surprised me with these! 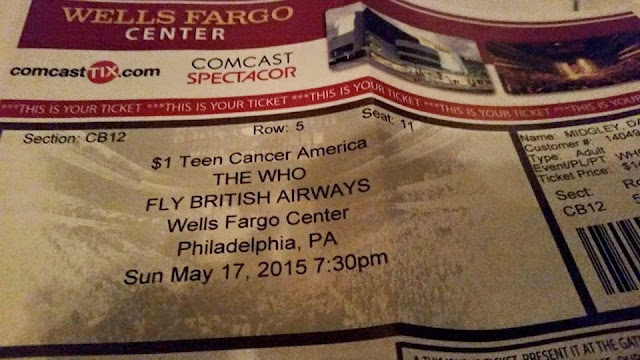 Our dinner came to a close with a complimentary flourless chocolate espresso cake, a small cheesecake, and glasses of champagne.  We had a wonderful dinner at the Capital Grille and the service was excellent! 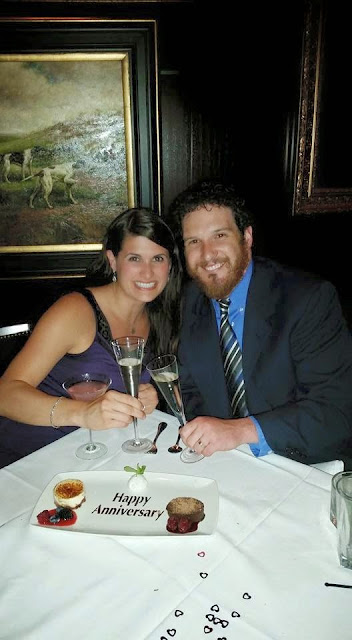 The next day, after attending church and grabbing lunch at Olive Garden with my mom and Tom,  we headed to Xfinity Live to grab some dinner and drinks before the show.  The weather was beautiful and when we walked up the band outside was playing some Led Zeppelin!  We ordered the world's sauciest wings and watched people fly off the bull at the PBR Bar. 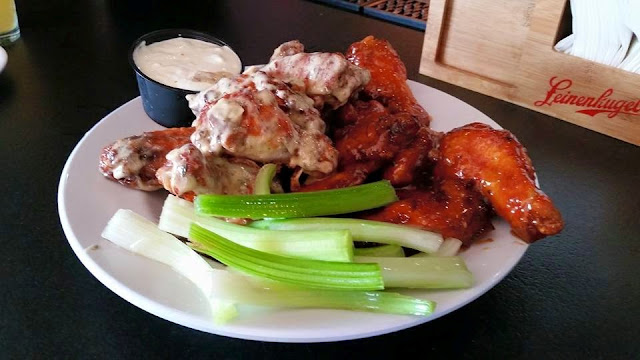 I had never been on the club level at the Wells Fargo Center, so heading to our seats was pretty exciting.  The box was nice complete with our own bar and a private bathroom and the seats were great! 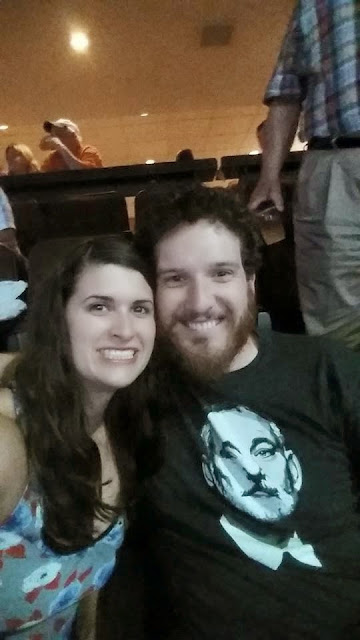 We weren't sure if there was going to be an opening band or not, so when Joan Jett took the stage, we were pumped! 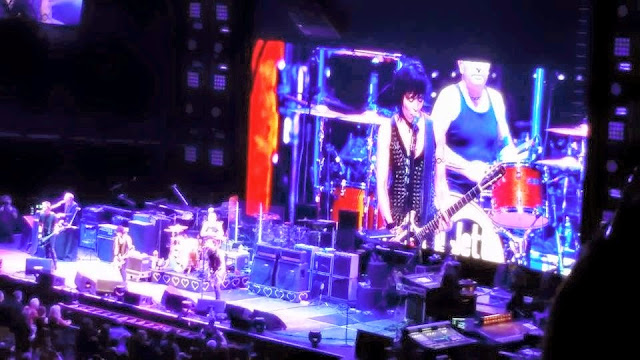 She sounded great and had a ton of energy.  Next up, The Who!!!! 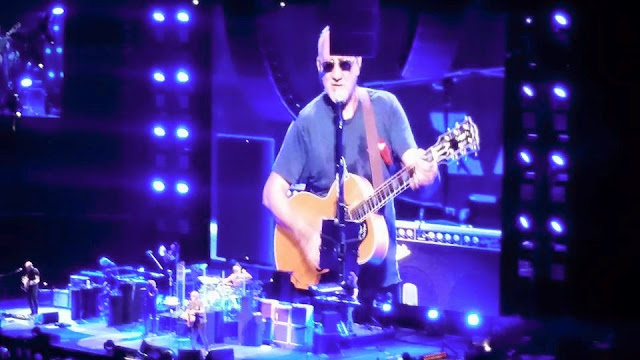 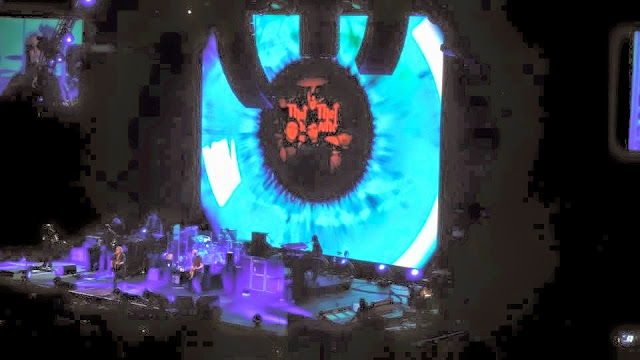 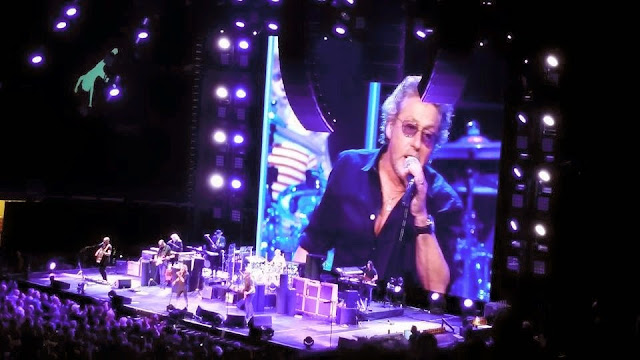 They were fantastic!  They really put on a great show!  They played all the big hits, plus some deep tracks (apparently they wrote another rock opera before Pinball Wizard that I had never heard of), and they sounded great.  Pete Townsend was hilarious "I have the keys to the city, so f*ck off Philadelphia!"

It was a wonderful first anniversary and something I will definitely remember for years to come!  I am so in love with my husband a year later and I look forward to celebrating many many years together :)

Email ThisBlogThis!Share to TwitterShare to FacebookShare to Pinterest
Labels: concert, Dave, The Who, wedding anniversary