OMG OMG OMG we're moving tomorrow!!!!!  Most of our house is packed up but I'm still beyond belief that this is actually happening.  I thought our tiny house didn't have that much stuff in it, but when we started going through everything, it ended up being more than I thought!  We've done our best to sort through things as we go, donating what we can and trashing the rest, but as we approach the deadline things are starting to just get shoved into boxes and bags!  We have both friends and family coming first thing tomorrow with some pick up trucks and another set of loved ones coming Sunday to help us unpack.  We've already had so much help with the house and we are so grateful that we have people that care about us so much!

I'm getting so pumped to organize and arrange everything in the new house (I know I'll be taking this back later lol).  I'm excited to dive into the world of decorating and I've been jonesing for a huge shopping trip to Home Goods, Ikea, and Bed Bath & Beyond.  I stopped into Ross yesterday to purchased some new sheets, bath mats, and a shower curtain, but I'm not letting myself do any major shopping until we get in and see what we have.  Our wedding gifts have been sitting in their boxes since my shower in March, opening them is going to be like Christmas! 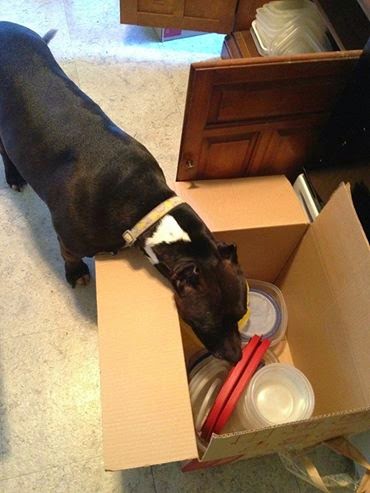 Thanks for the photo & the help, Shayna!

Poor Puddin' does not understand what's going on.  She's been to the new house quite a few times and she knows something's up, but it seems like she thinks we're leaving her behind.  She's been anxious and super needy, I feel so bad.  It also seems like she knows that she's losing the freedom she has where we currently live.  Since our neighborhood is so close knit and she's always been so good, we've been letting her roam around unrestricted for a while.  Usually when we call her to come in, she appears a minute or two later, but yesterday she didn't come back.  So I went searching for her up by our neighbors'.  I couldn't find her, but suddenly a bunch of deer came running from the woods with Puddin' right on their tails!  She disappeared a second time and I found her getting love from a bunch of our neighbors standing around having a beer.  At the new house we're surrounded by neighbors we don't know, a new pooch next door, and a semi busy road, so Puddin' will be limited to a run strung up between two trees.  She has access to most of the yard, but it definitely won't be the same.  We want to put in a fence soon (especially since I want to add another pup to our family!), but for the time being... womp womp for Puddin'. 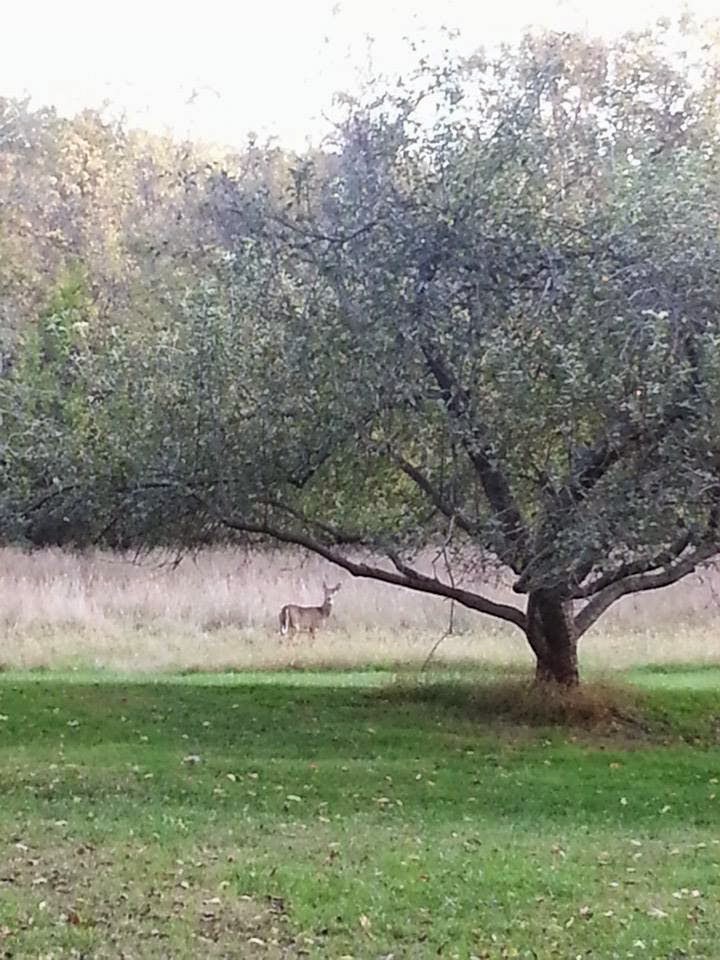 In other news, I skipped the gym all week since I figured any spare time I had should be dedicated to packing (or sleeping).  They're doing maxes all week and everyone is hitting all these new PRs that have been exploding all over Facebook and Instagram.  Let's just say I'm a little jealous!  I've also been eating like crap and (here's a big shocker) feeling like crap because of it.  October is already such a busy time with cheerleading but adding in the move has taken it to another level and cooking healthy meals has not been a priority.  I'm looking forward to getting settled in our new house and breaking in my new kitchen!

Speaking of cheerleading, my girls had their first competition this past weekend.  Unfortunately, most of the squads in our area do not field the max amount of girls (35 - which is how many we have, that's right, I coach 35 13 & 14 year old girls, let that soak in a minute...), so we ended up in the large category by ourselves.  But we still had to meet a minimum score to advance and we wanted to make sure we held up our reputation of last year's National Champions.  Our practices leading up to competition had been a rollercoaster of hard work, injuries, progress, and drama, but the girls looked so great on the warm up mat and I knew they were ready to rock the floor.  Unfortunately, we had some major falls and a few other errors on the mat.  But overall the caliber of the routine was above & beyond all of the other squads and we managed to meet the minimum score to move on!  I believe the day was a good learning experience and perhaps just the kick in the pants the girls needed.  This is my 15th season coaching and my 15th season advancing my squad to Regionals.  Yeah buddy! 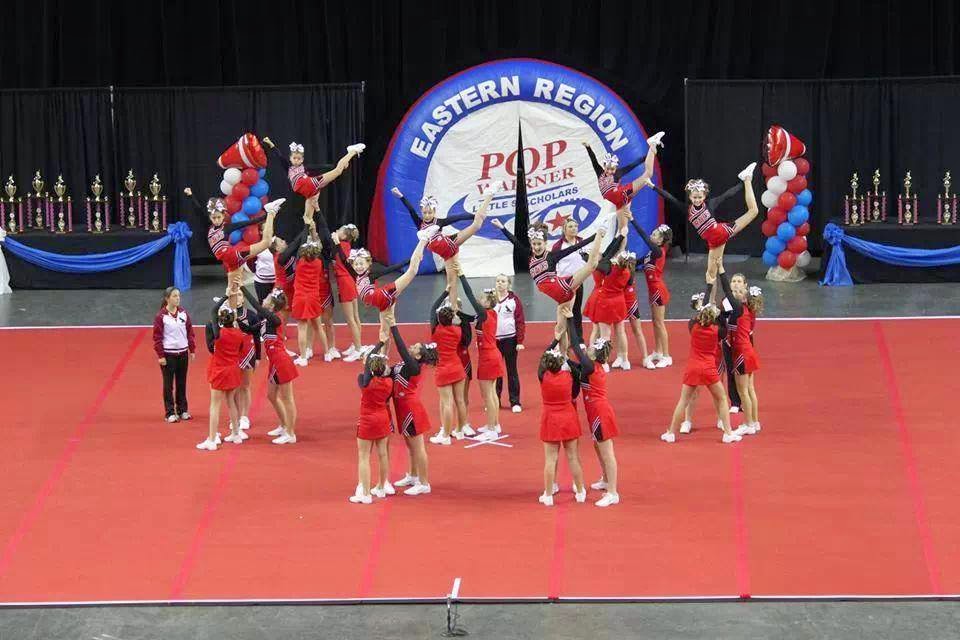 This past year has been so full of blessings that it's hard to think it can get any better than this!  I feel like the luckiest girl in the world and I do not take any of it for granted!  Moving out of Midgley Lane is slightly bittersweet and it really feels like the end of an era, but I know soon we'll be settled in, having friends & family over for dinner, and snuggling up on the couch in a place we call home.  Thank you for all the support and for following along on our adventures on this little blog :) 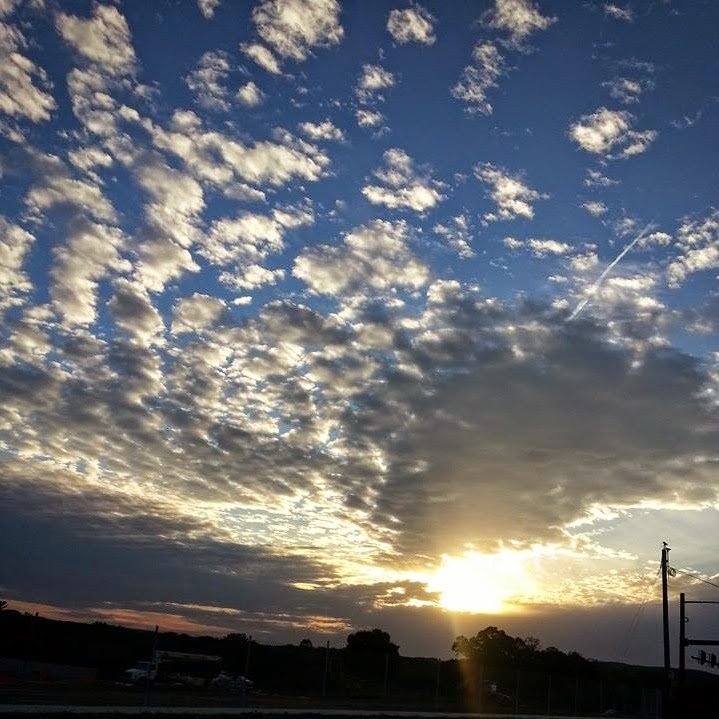 Any last minute moving tips for us?!