So, you read about my crazy little 21 day experiment to try out the Whole30 program and you may be wondering… how’s it going?!

Tuesday, Day 2 - I woke up feeling kinda blah, but I wasn't sure if it was the "carb flu" or if I was actually sick.  I'm not sure the carb flu comes with congestion/nasal crappiness, but it sure did match up with the Whole30 timeline!

Wednesday, Day 3 - I was still feeling kind of sick, but not too bad.  My day started at 4:50 am (to prep for some meetings at work) and I was still playing volleyball at 9 pm, so I guess I wasn't really feeling that bad.  The challenge of the day came during lunch when my boss wanted to head to Wawa and I knew I wasn't going to find anything to eat there (except maybe their most plain salad).  I suggested we check out Wegmans instead and I ended up getting a burrito bowl with shredded beef, onions and peppers, salsa, and guacamole.  I'm not exactly sure if everything was exactly Whole30 compliant, but I do know the beef was (it was the only thing with all the ingredients listed).  I was pretty jealous of the creamy soups, giant hoagies, and fresh cookies my coworkers picked out, but my burrito bowl did not disappoint.

Thursday, Day 4 - I woke up feeling better.  I had a meeting where I knew there would be donuts, so I brought a clementine and a banana.  My biggest test was after work at our company holiday happy hour, complete with an open bar and a ton of breaded and fried food.  It took everything I had to avoid the food at this happy hour!  It smelled amazing, everyone was eating it around me, and they had some of my favorites.  Everyone kept asking me why I was drinking water and then told me I was crazy.  Willpower success!

Friday, Day 5 - I was excited when my coworker suggest Chipotle and I could actually eat it.  Apparently every meat (and the fajita veggies) is cooked in soybean oil except for the carnitas, so that's what I got!  I was having some serious burrito envy (I want that cheese!) but I was surprised when I really enjoyed my bowl just how it was made.  Then came the chili cookoff that I helped set up... my coworkers prepared 11 different crockpots of chili and the aroma was mouthwatering.  But each one was either cooked in beer, contained sugar or soybean oil, or featured some beans.  I found 2 that only broke the rules with their beans and picked them out.

Saturday, Day 6 - I was already getting bored between all the recycled meals this week and the overuse of Frank's Red Hot.  To shake it up, I headed to the grocery store to pick up a few of the missing ingredients from a recipe I've been wanting to try from my Practical Paleo cookbook (an awesome bridesmaid gift from Heather!) and it turned out really great!  This book has really helped to inspire me this week!  I love how simple the recipes are. 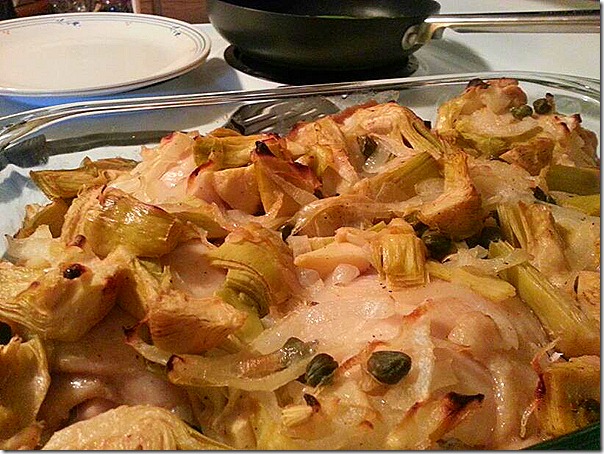 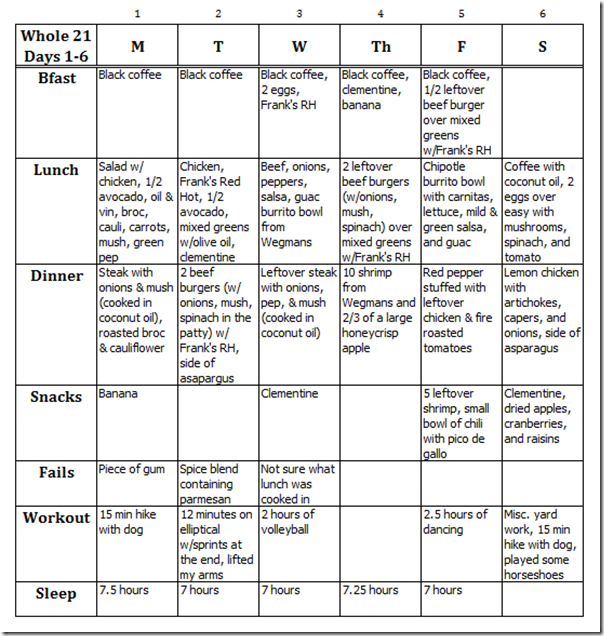 Tomorrow I’m having an impromptu shindig at my house since it’s supposed to be 60 some degrees and I want to spend the day outside.  I told everyone I would provide burgers, but to bring a side or snack.  I know I’m going to be super bummed when my friends bring buffalo chicken dip and taco dip that I won’t be able to touch.  But (even though part of the program is to not step on a scale… oops) I may or may not be down 7.5 lbs already!  It’s only 21 days, I can do this!

Do you like to cook recipes out of cookbooks?