Let's start at the beginning...

After eating an entire box of mac & cheese out of the pot I made it in (hey, I was carb loading!), we headed down to Philly to our hotel. 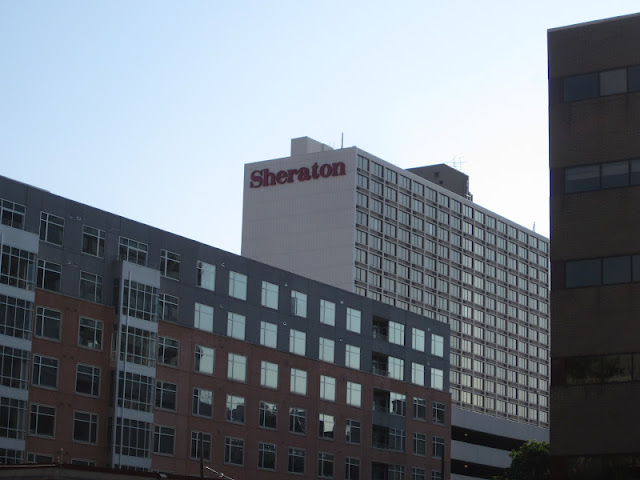 Shortly after we checked in, we hopped a cab over to Boathouse Row to meet Shayna and Jenn at the race expo. 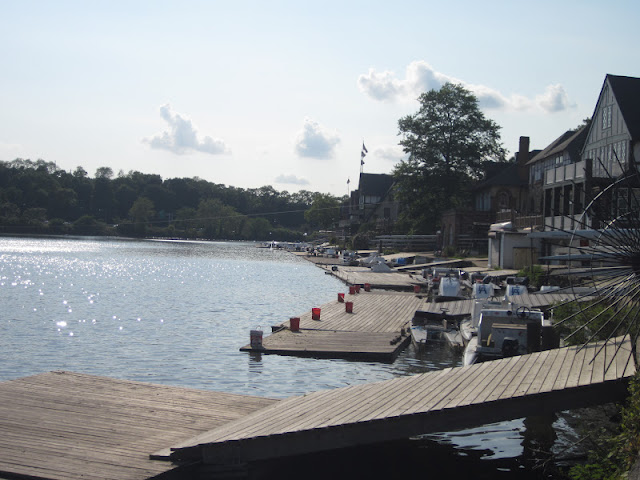 After Broad Street, this expo was a little bit on the sad side, well it was just tiny!  But we were super pumped to be there anyway. 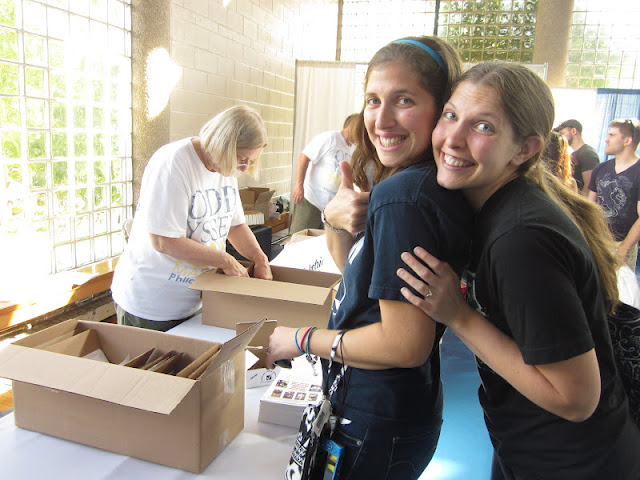 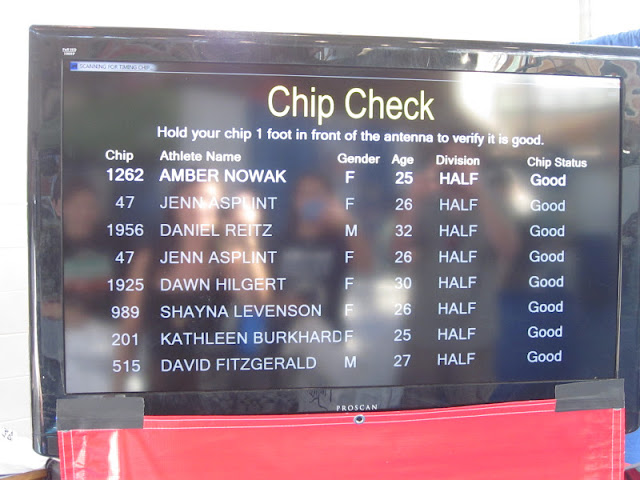 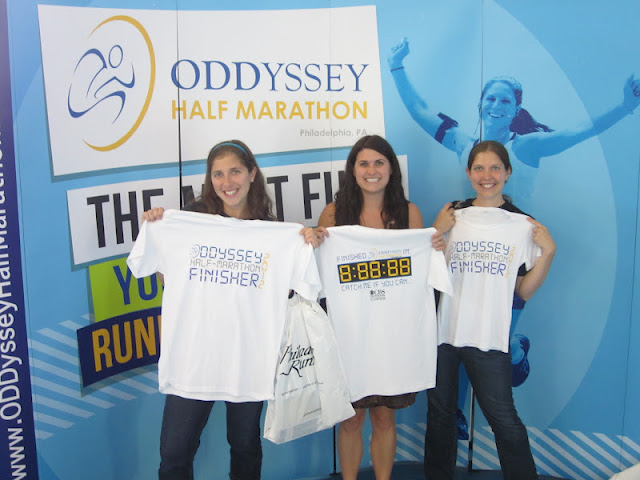 The back of the shirt is really cool because you can fill in your finishing time using a sharpie to fill in the yellow to make the numbers!  We were mildly disappointed when we couldn't find any 13.1 car magnets, but Shayna actually found some at a running store after the race.

After parking Shayna's car and hanging in the room for a little while, we walked across the street to meet up with Michelle and Alex for some dinner at Pizza Rustica. 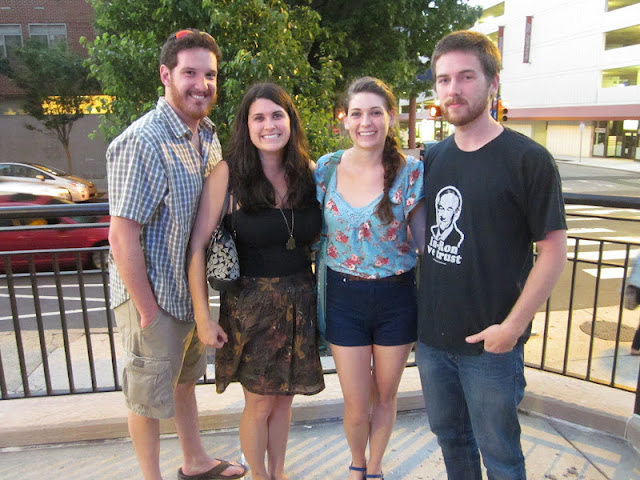 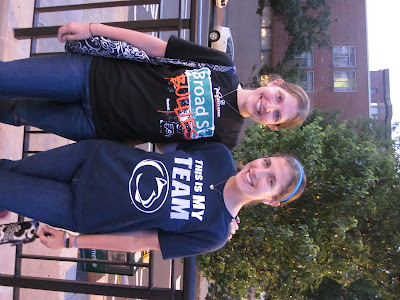 The menu was loaded with so many mouthwatering choices it was hard to pick just one, so Dave and I decided to split the pollo a la rustica pizza (roasted rosemary chicken, mushrooms, caramelized onions, roasted red peppers, tomato sauce and mozzarella) and a Philly style supreme pie both on a wheat crust. 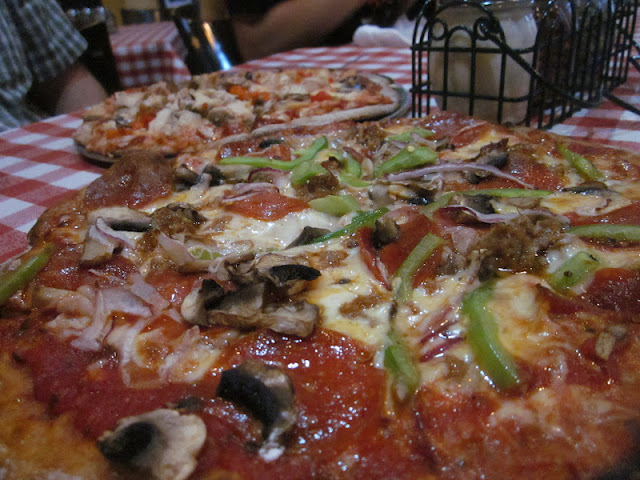 The food was SO delicious.  Just in case we weren't full enough, we spotted a frozen yogurt place a few doors down.  I'd only been to a build your own froyo once before when I was California a few summers ago, but now I officially need to hunt one down closer to home.  I felt like a little kid building my own sundae with all the best goodies. 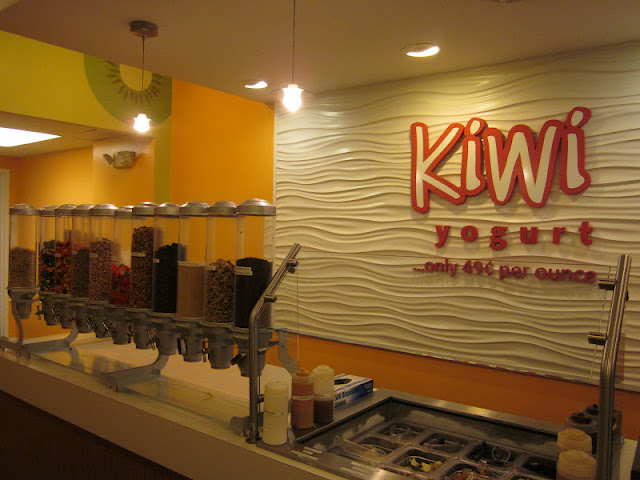 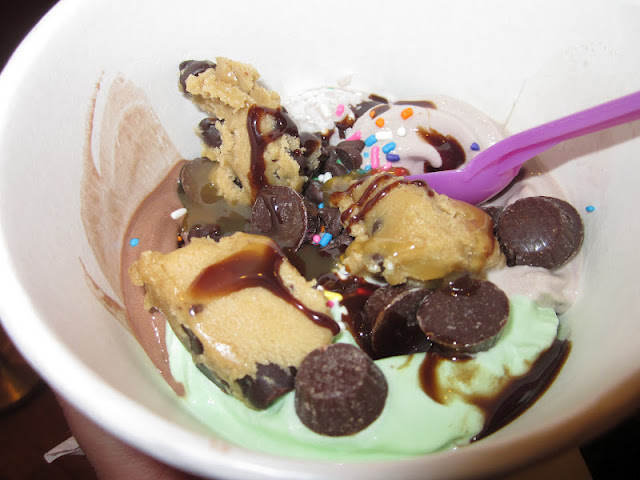 After we settled into our food comas, we headed straight to bed.  I was feeling a little anxious about the next day, but also excited that the big day was finally here.  I fell asleep pretty quickly, but woke up with my heart pounding when someone was knocking repeatedly at our door around 12:30.  When I finally got up and answered the door, some random kid was standing there looking really awkward when he realized he was at the wrong room.  I settled back into bed and tried to relax because I knew my 5 am alarm was looming!