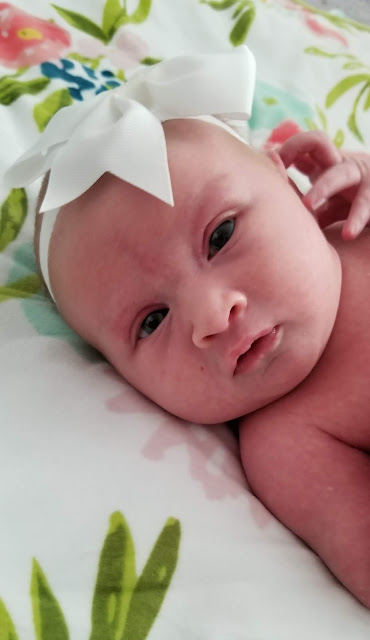 Delphine Pearl was born at 10:16 pm on Wednesday, November 13th, the day after her due date.  She was 8 lbs 8 oz and 20.5 inches long.  She looks a lot like her big sister but she has super light hair, it may even be red like Daddy's beard. 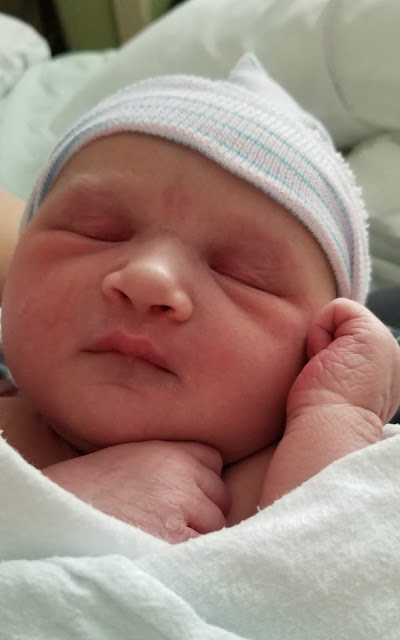 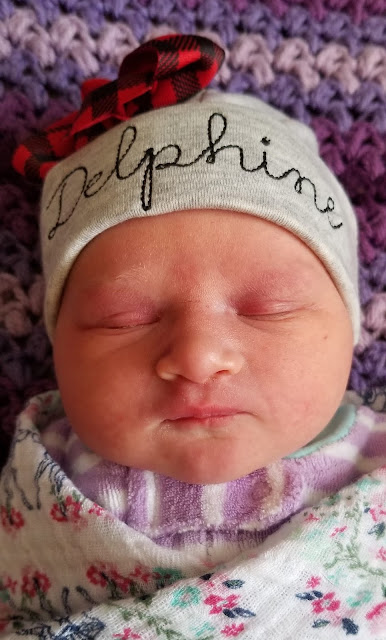 Long birth story to come, but in short I was only in active labor for 5.5-6 hours, arrived at the birth center a little over an hour before she was born, and pushed for 13 minutes!  She came fast and furious and it was intense but everything I wanted it to be!  I loved my experience at the birth center and it was great going home the next morning and figuring everything out in our own space instead of a hospital room. 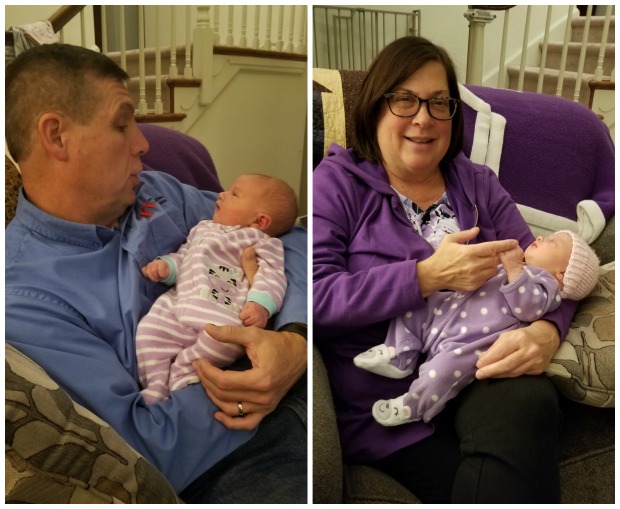 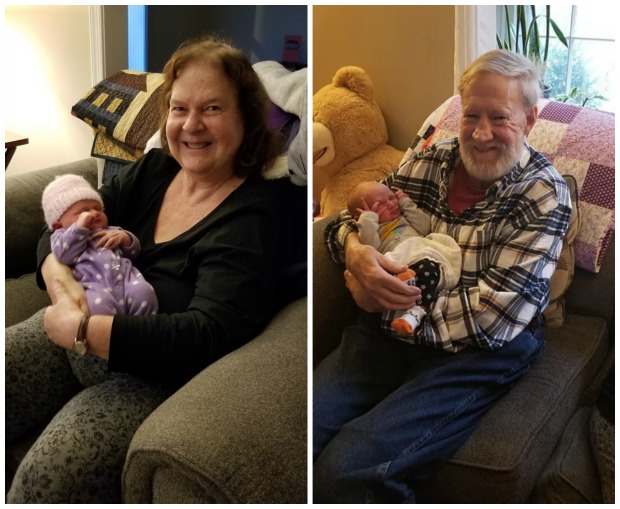 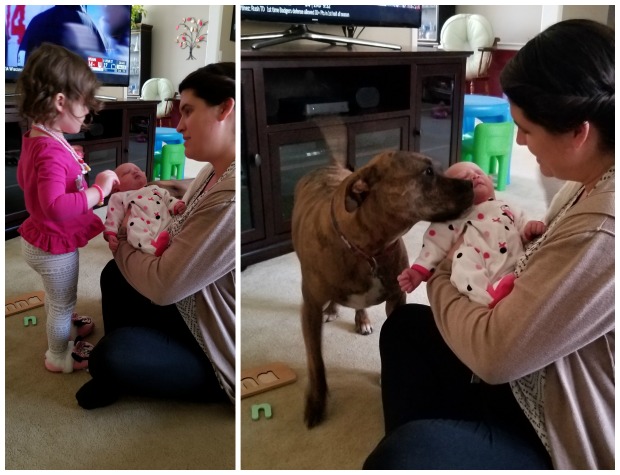 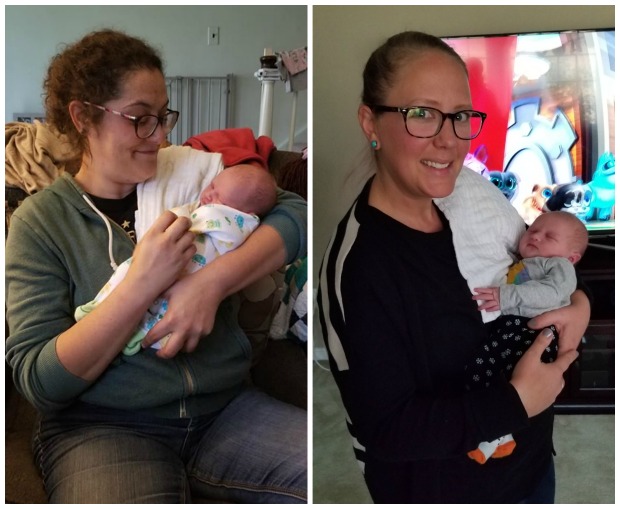 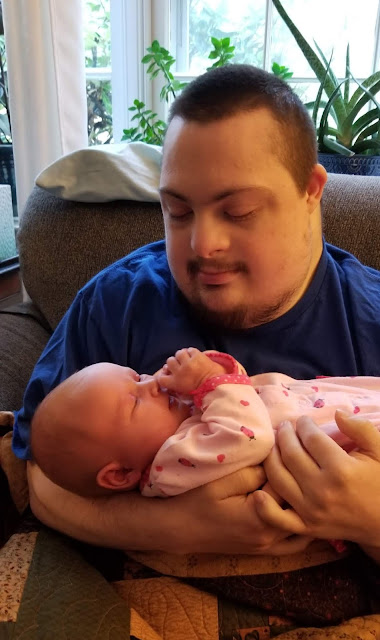 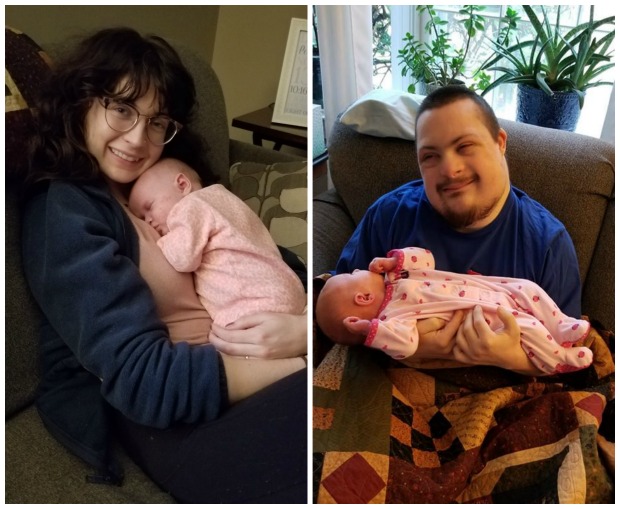 Delphine has spoiled us with amazing sleep from the beginning.  She started sleeping 3 hour stretches in the crib from the second night we were home!  Within a week she was consistently giving us two long chunks of sleep every night and at two weeks she shocked us with over 8 hours in a row.  I didn't even know a two week old could sleep that long.  I woke up well before her and hovered over her crib, poking her, making sure she was alive.  She tends to clusterfeed in the evening and I always wake up with crazy full uncomfortable milk boobs, but I am surprisingly well rested and it's awesome! 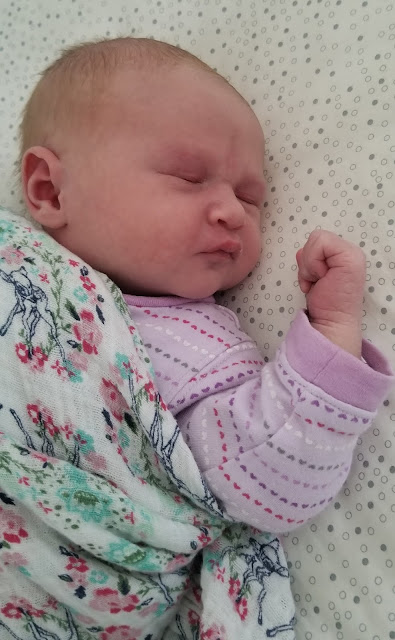 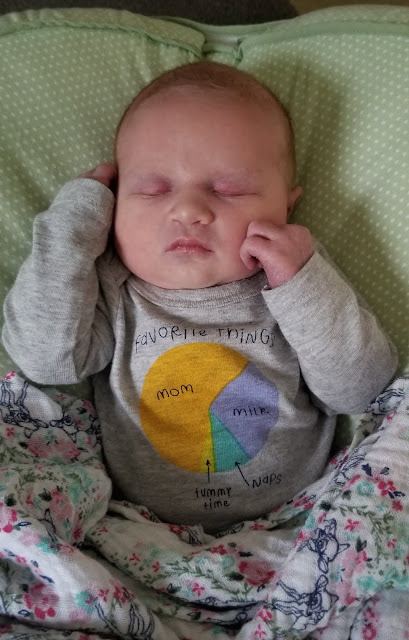 Everyone keeps asking me how we picked her name and I honestly can't even remember where exactly I found it.  I did spend a lot of time on Nameberry.com so it probably popped up as a suggested name similar to something I liked.  We were looking for something unique, that didn't end in an A sound, and the European flair was a bonus.  We debated if it was too weird, but in the end decided it was beautiful and we had to go for it!  From Nameberry: Delphine is a sleek, chic French name with two nature associations—the dolphin and the delphinium, a bluebell-like flower, a well as to the ancient city of Delphi, which the Greeks believed to be the womb of the earth. 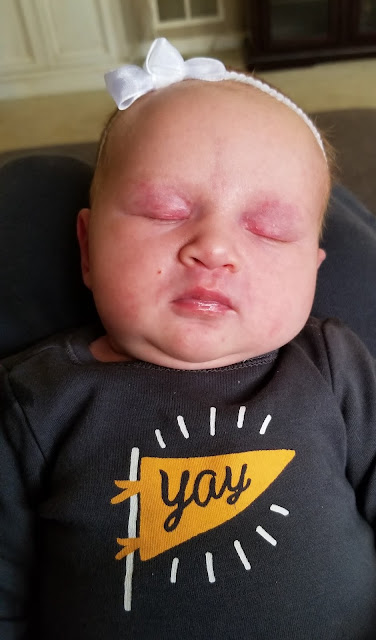 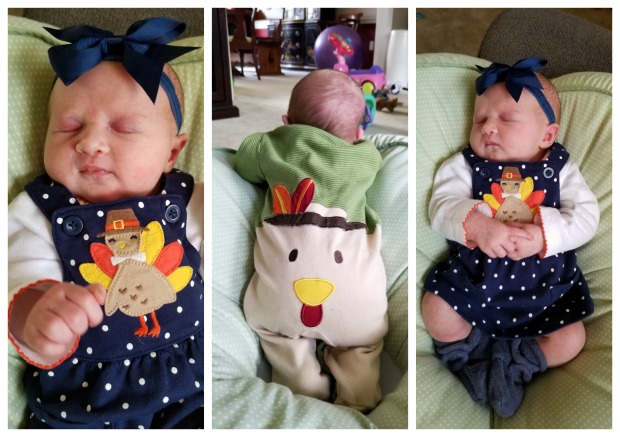 Vienna is doing well.  She was pretty uninterested at first but she has warmed up to her sister, who she has nicknamed Phine (even though she can say her full name haha).  She doesn't seem bothered by her crying or even sharing our attention and will bring her the little Minnie our awesome daycare woman got Delphine to comfort her.  She'll also kiss her goodnight on the top of her head and it makes my heart melt.

I cannot believe it has already been almost a month.  Time with a newborn is so weird, it feels like she's been here forever but also like I just gave birth.  The transition from 1 to 2 kids has been much easier than 0 to 1.  Sure there are times when I just can't believe I have to change another diaper or the baby starts crying right when we're sitting down to dinner.  But overall things are so wonderful as a family of four. 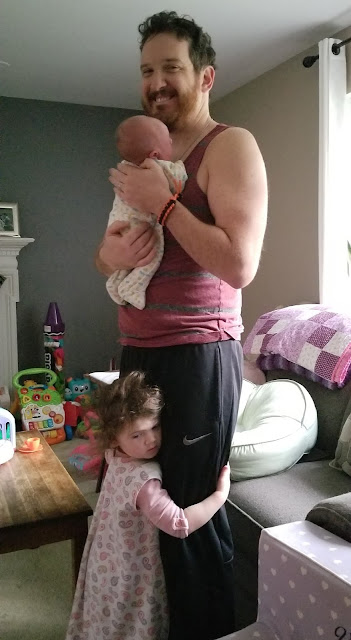 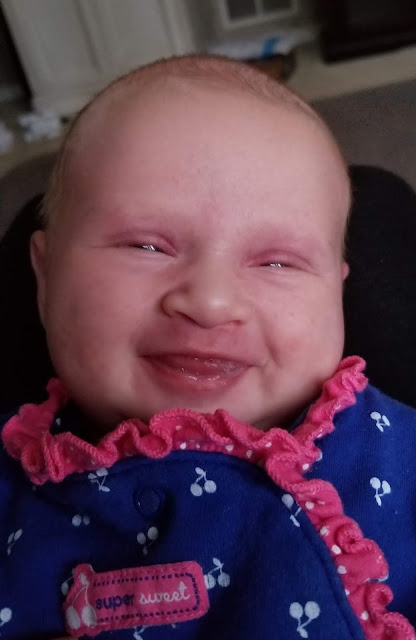