So I officially packed my hospital bag... well bags, plural!  I honestly tried to pack relatively light but I'd rather have everything I could need with me than bring the bare minimum and be annoyed that I don't have what I want.  I have one bag with all my and baby's stuff, then another bag of snacks, the L&D nurse basket, gatorade, and some odds and ends, like a folder for paperwork, an extension cord, etc. and then there's a trash bag with a pillow for me and my nursing pillow.  So 3 bags and a birthing ball... Dave should be able to carry all that in one trip right?!  lol.

I hit the gym on Friday morning for the Bergeron Open Test. 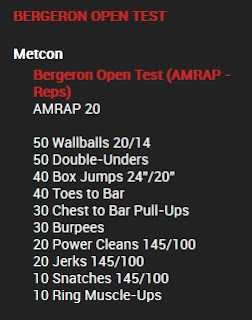 Last time I did it was in January and I had my sights on a big PR... then my jump rope broke in the middle of the dubs and I was pissed.  I was much more relaxed this time!  My modifications included using a 10# wallball, I did 10 calories on the assault bike instead of dubs, I stepped up to a smaller box, I did 40 incline barbell push ups instead of T2B, I did 15 regular pull ups (!), 15 squat thrusts, and I used 55# for the power cleans.  In the 20 minutes I got through 18 of the power cleans.  I probably could've repped out 30 pull ups, but they were taking forever and I didn't want to spend the last 5 minutes of the workout just doing 1 pull up at a time.  I was feeling the squat thrusts in my abs, which hadn't been a thing for me in the past, so I figured 15 of them was plenty as well.

On Saturday Dave and I cleaned the house a bit.  We're trying to keep it super tidy so it will be clean whenever baby comes.  Dave vacuumed the entire house!  I did odds and ends, but found myself on my hands and knees scrubbing the floorboards of our one set of steps at one point.  The need to nest is real haha.

In the afternoon we checked out the Pierogi Festival that was happening at a church in Phoenixville.  I was debating all morning if I actually wanted to leave the house, but the homemade pierogies were totally worth it! 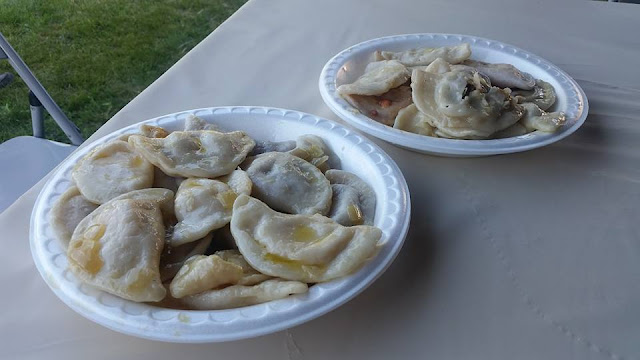 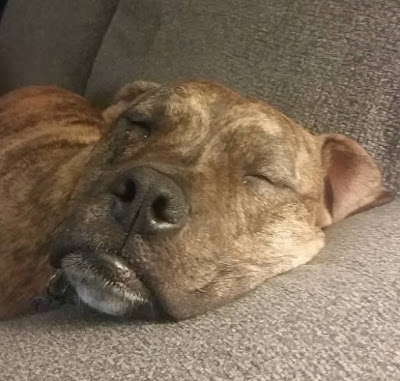 So I wrote that last bullet during the day Monday and then early this morning around 3 am, I woke up feeling crampy.  It didn't think it was Braxton Hicks or waves (aka contractions in Hypnobabies language) because it was pretty constant and it didn't have a tightening feeling to it.  I put on a hypnosis track and was able to sleep on and off, but the cramping was still a thing when I woke up at 7.


I continued to feel some action throughout the day and at some point in the afternoon, the cramping turned into what I officially deemed early birthing waves.  I've been in touch with my doula all day and she's excited but told me to try and get some rest unless things really pick up.  They haven't been consistent yet so this could be my early birthing time or they could fizzle out and just be a practice run.  Either way I think its safe to say I'm not heading to CrossFit at 6 am haha!