Almost a month ago Dave and I boarded a plane (for the last time for a while) for a long weekend in Arizona.  We were invited to his second cousin's wedding and thought why not make a little vacation out of it.  His cousin rented an awesome house for the whole family in the Village of Oak Creek, just south of Sedona and all the beautiful red rock formations located there. 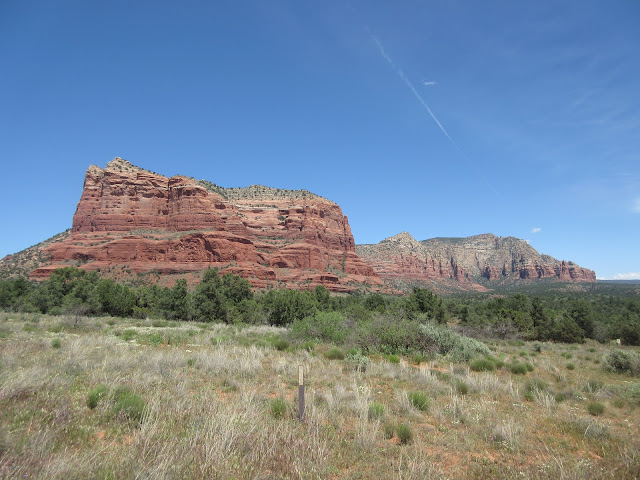 Our trip started out a little rocky when we were stuck on the runway for a whole hour.  We were 14th in line for take off and when we finally got to the front of the line our plane was rerouted!  Our route was changed 5 different times (which the pilot said had never happened to him before and may have been a glitch in the system) but it could've been worse because when we finally took off the pilot told us there were 35 planes waiting in line behind us!  When we finally landed in Phoenix, I wanted to punch the guy at the Hertz rental counter in the face.  But soon enough we were on our way.  Dave was a trooper and drove the 2 hours up to Sedona while I slept.  When we finally arrived, it was midnight aka 3 am EST.  Dave's family welcomed us with open arms and cold beverages and soon after I crashed hard.

On Friday, we woke up right at 7 am and couldn't seem to go back to sleep since it really felt like 10.  We started our day off with Linda's famous giant pancakes (I may have had a second breakfast of eggs, bacon, and toast...) and a few hours of lounging. 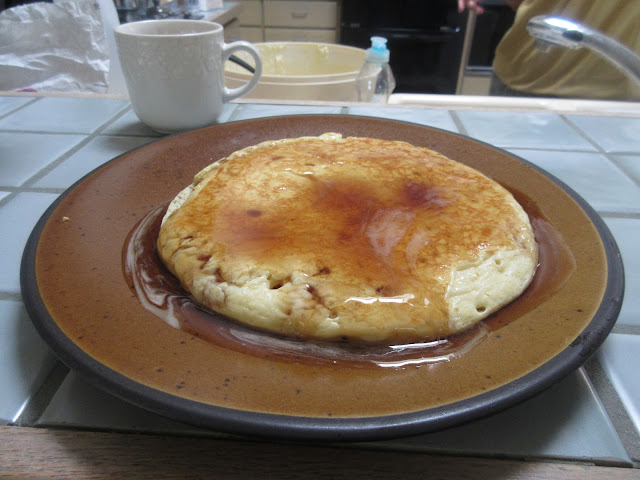 In the afternoon, Dave and I headed about 2 miles up the road from where we were staying for our first hike.  We did a 4 mile loop around Courthouse Butte and Bell Rock and it was so awesome!  The hike was mostly easy and the views were unreal.  Pictures don't really do any of it justice. 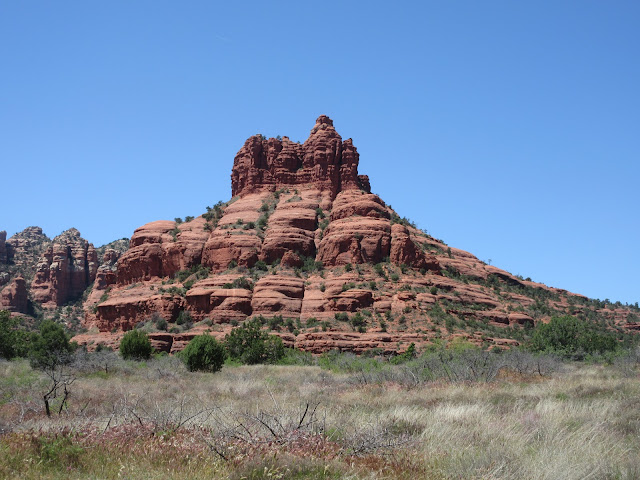 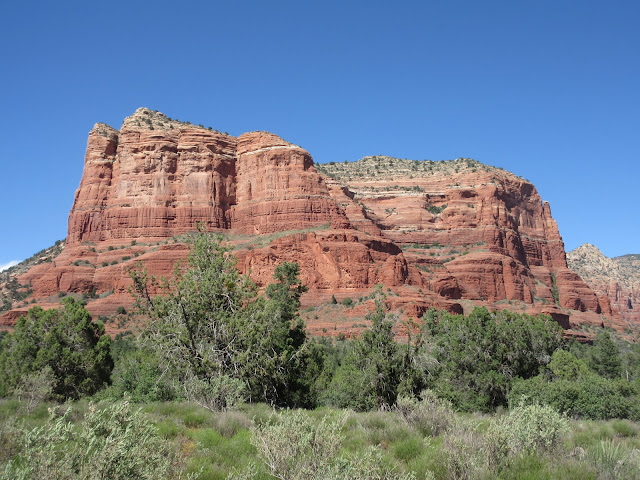 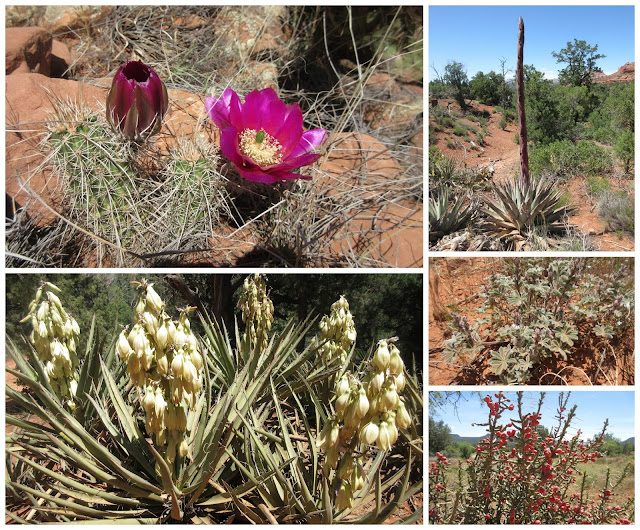 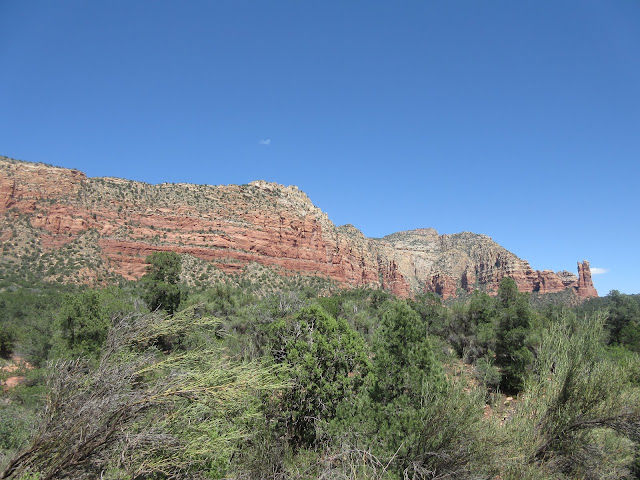 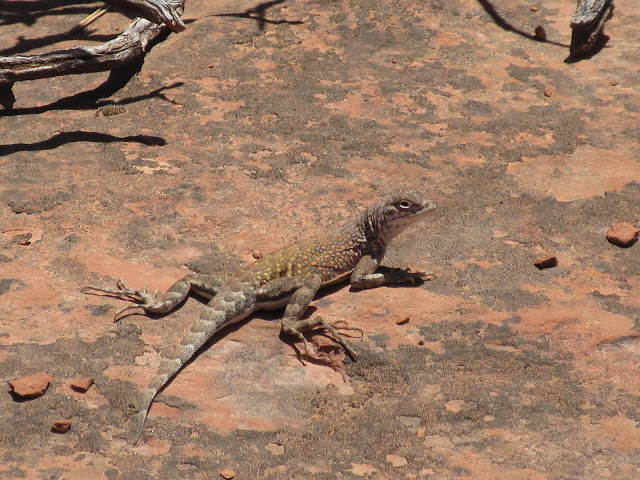 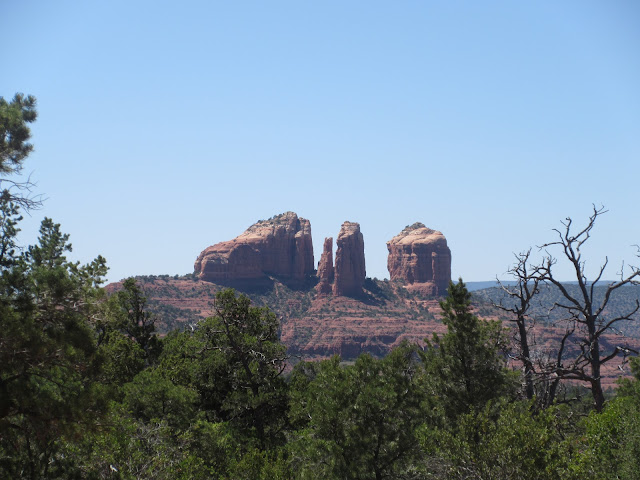 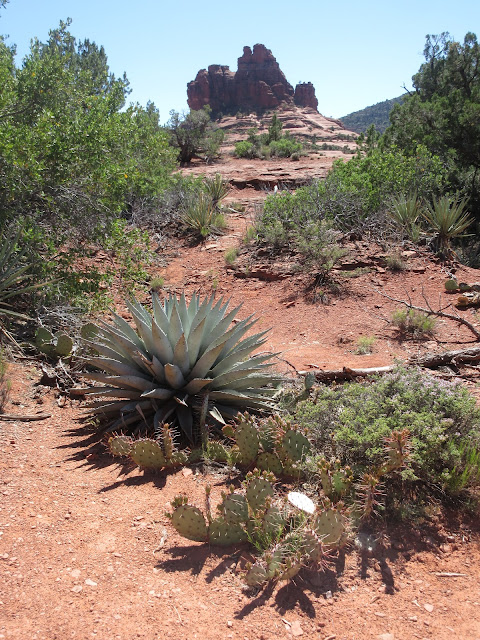 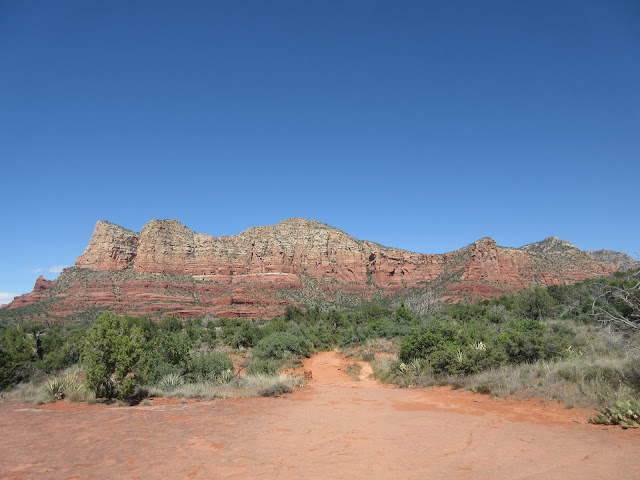 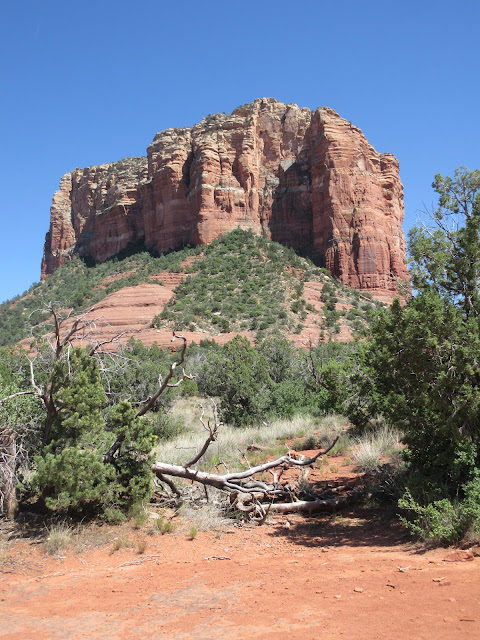 It took us about 2.5 hours with lots of stops for pictures, snacks, and taking in the scenery.  4 miles was a perfect amount for this preggo. 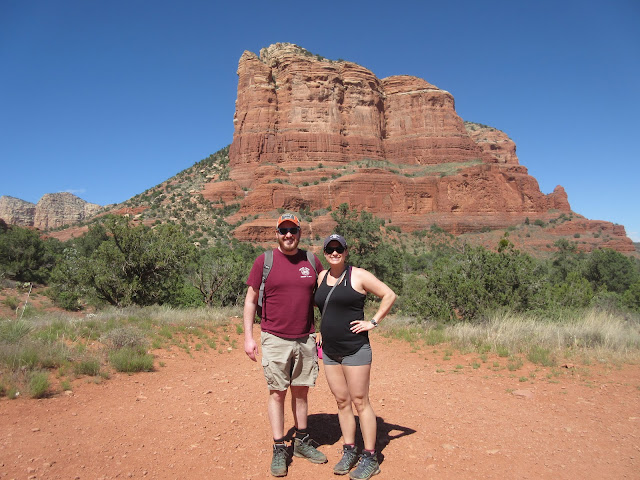 After some relaxing and freshening up, we were on our own for dinner since the rest of the family was headed to the rehearsal dinner that night.  I had my eye on a few places on yelp and we decided on The Hudson.  I should've made reservations ahead of time to get a table with a view, but we weren't sure our exact plan so I held off.  When we got there they told us it would be a 90 minute wait, so we headed to the bar instead and nabbed two seats together about 5 minutes later. 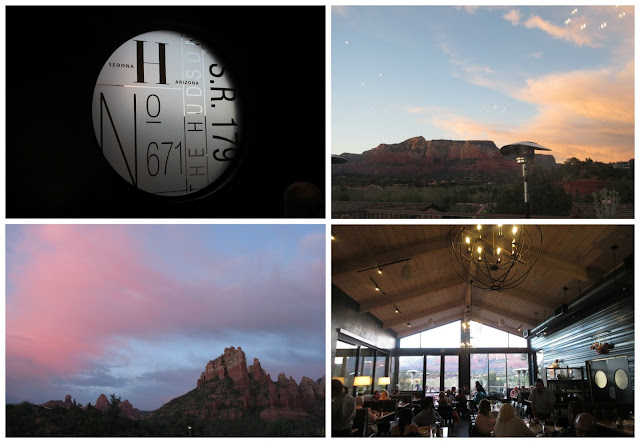 The food was amazing!  We started with 3 different kinds of bruschetta: smoked salmon with pesto cream cheese and capers, BLT with crispy bacon, marscarpone, tomatoes, and arugula, and a warm mushroom and riccota version.  So good!  Then we tried their famous corn chowder, which was really zesty and tasty.  And then I couldn't really settle on a main course until we realized they had prime rib, which is what I knew everyone else was eating at the rehearsal dinner, and I had to have it!  It was seriously delicious, perfectly cooked and seasoned and really hit the spot.  We took home some leftovers to save room for an ice cream stop on the way home.  And then everyone hit the hay nice and early to be fresh for the big day! 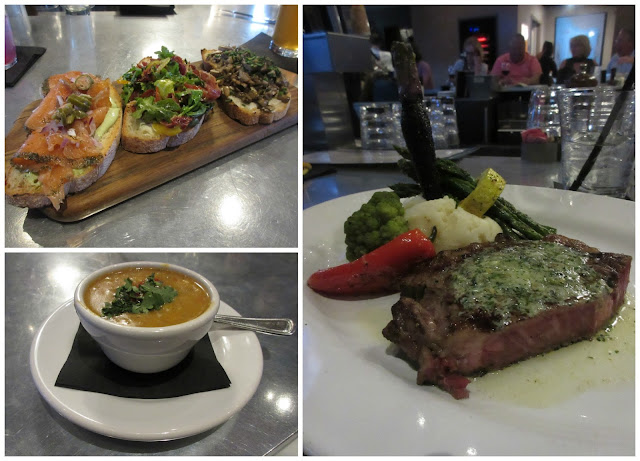 Saturday we headed out early to go see Midgley Bridge, a must do on Dave's list for the trip! 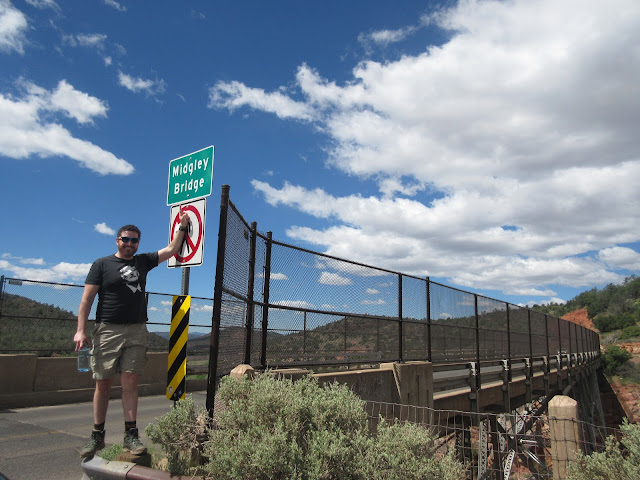 I didn't really think I was afraid of heights until we got here.  The walkway was very uneven and the rickety railings definitely weren't going to save your life if it came down to it.  As I was inching towards the edge to get some good pictures, a young boy, 6 or 7 years old, came up and stumbled and it made me so nervous!  I told him to be careful!  He casually replied "I am" and his dad told us he'd already tripped 4 times.  Eeeep. 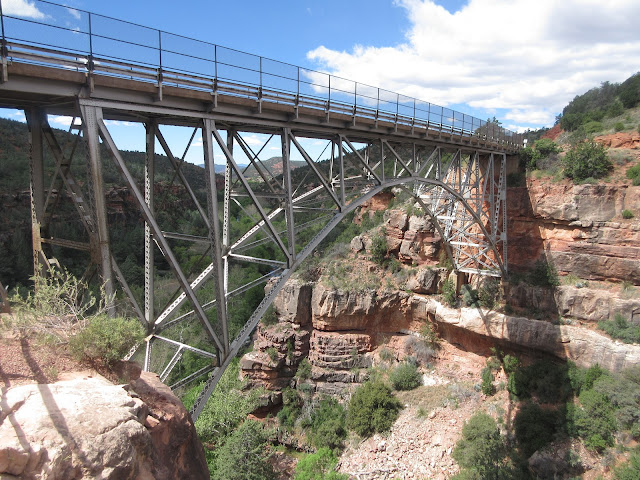 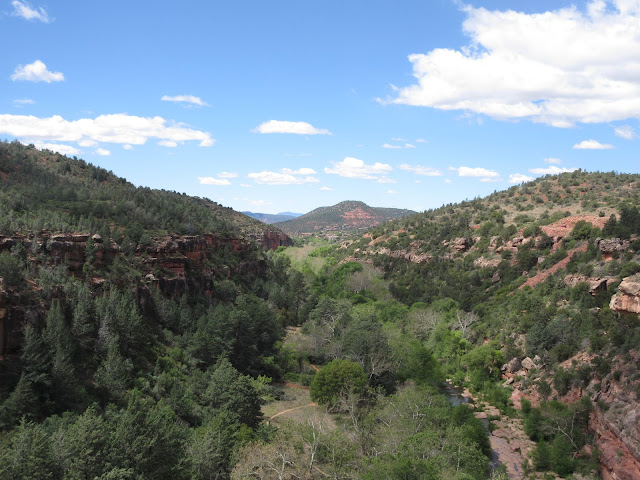 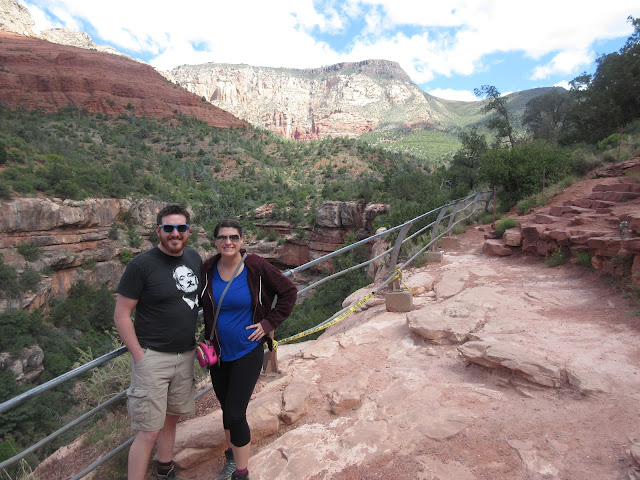 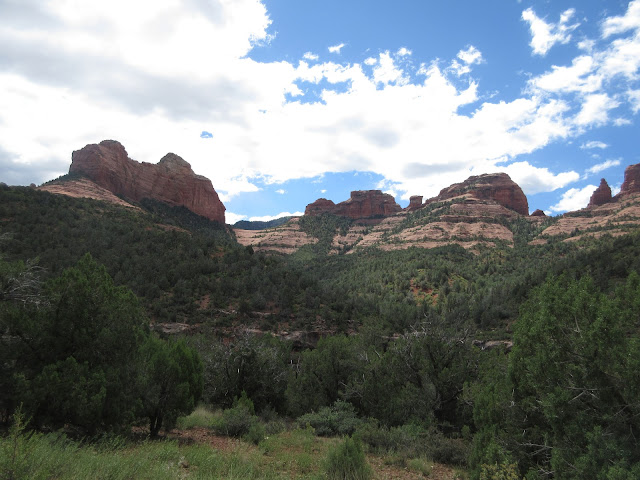 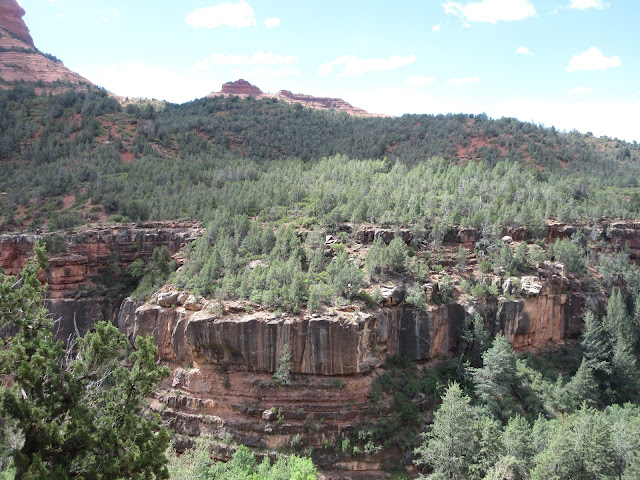 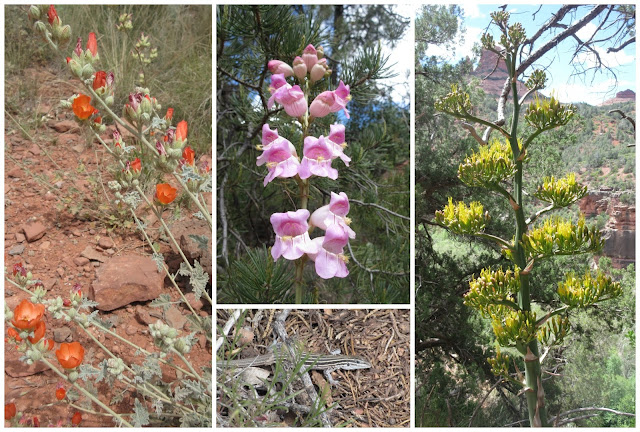 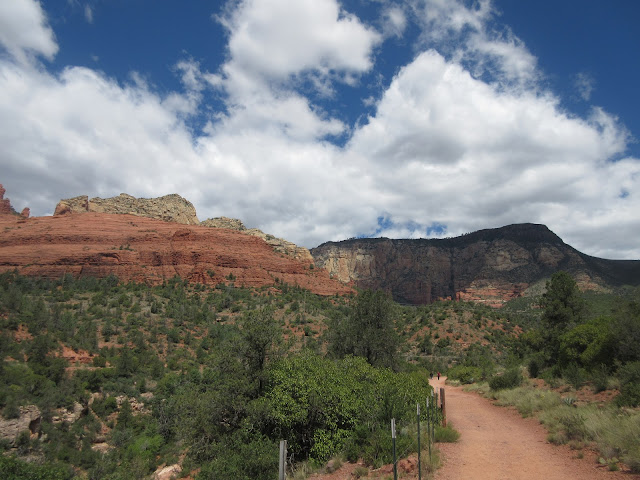 We went on a short hike there and took some pictures of Oak Creek below, but soon we were headed back to the house to get ready for the wedding!