First of all, Happy Friday! Second, can you believe it's August already?! Now begins the countdown to my birthday on the 31st! Guess I can't wish away the month just yet, I have some sweet plans coming up...

This weekend - We're headed to the bayside of Jersey for a fishing trip with some friends from the Firehouse! I can't remember the last time I was on a boat so I'm just crossing my fingers that I won't get sea sick. Thinking I'm going to bring along some ginger chews, since I'm assuming dramamine probably doesn't go with beer ;)

Next weekend - I'm going dress shopping!!!!! OMG, I'm so excited. I tried on Shayna's dress a few weeks ago which was SO fun and really helped me get a better idea of what I want. I've also been brainstorming on pinterest. 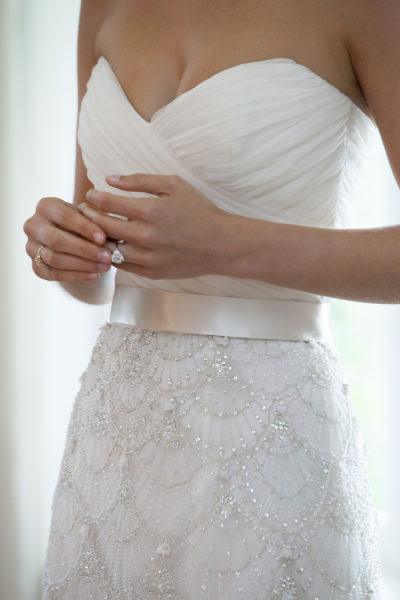 I'm headed to Sabrina Ann, a wedding boutique on the Main Line that specializes in once worn, never worn, and sample wedding gowns. I love the idea of a consigned dress because heck, I'll only be wearing it one day! Shayna and another friend of a friend have both had great experiences there, so hopefully I'll be saying yes to the dress! We'll also be celebrating my bestie's bday with a dinner out and some pool time if the weather cooperates.

The weekend after that - Philadelphia Folk Fest! Some people can't understand why I would want to forgo showering and camp out in a field with a bunch of strangers for the weekend. I guess it's just one of those things, you don't know until you go. Also, this is one of my favorite posts ever, maybe I'll have to do another!

And after that - A relaxing weekend with no plans! I'm not even sure how this happened, but I'm predicting some swimming, some housework... and I may even try to reschedule our skydiving adventure! And then whoa, there goes August! That brings us to Labor Day Weekend which will be spent celebrating my birthday down the shore. I can't believe how quickly time is flying by. Cheerleading starts next week! And guess what, only 288 days until the wedding!

What are you looking forward to in August?