When my alarm went off this morning I was not very excited about getting up for the race.  Despite spending about a third of the day Saturday napping, I didn’t want to get out of bed and the gloomy foggy weather wasn’t helping.  I was kind of stressed out, I wasn’t sure exactly where we were supposed to be, what I was eating for breakfast, or how I was going to feel through the race.  My nerves were eased a bit when we got to the race with plenty of time to pick up our shirts, stand in the porta potty line, and meet up with Allison and her cheerleaders Tracy and Jess! 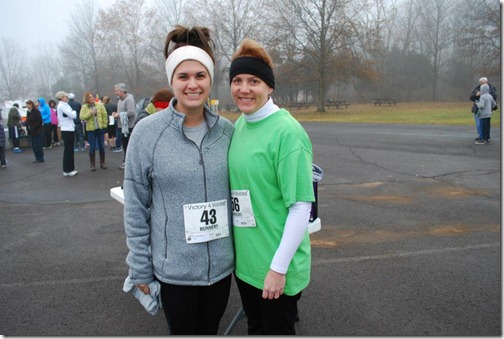 I know, our hair looks amazing.  It was pretty chilly while we were standing there and the thick fog was keeping a lot of moisture in the air.  We were ready to get the race started! 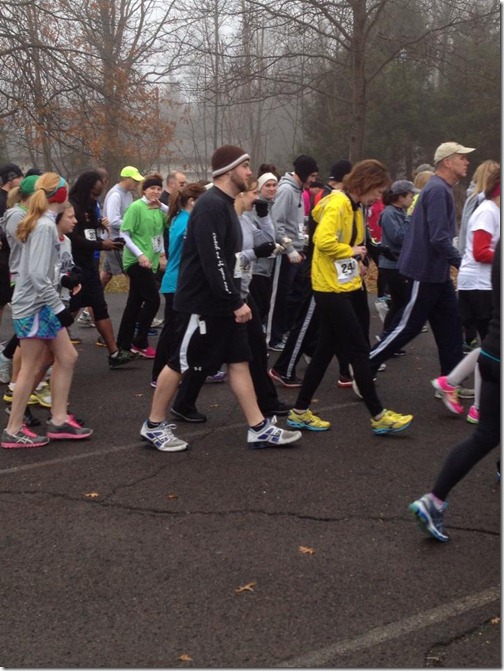 And we were off!  The race was a 3.1 mile loop through the park, the 10K was two loops of the course, so you could decide midrace.  So we started off with everyone… up a huge hill!  I was pretty full of hatred running up the hill at the start, but knew it would be worse on the second lap.  The first part of the course was on roads through the park, after we defeated the long hill at the start, we faced another shorter uphill and soon we were half way through the loop.

The second half of the course was on a paved trail through the woods.  The trail had a good amount of windy turns, but it was mostly downhill or flat.  Dave and I had planned to take our time through the race since we wanted to last through the 6.2 miles, but Allison was running her first 5K and we followed her pace through the first lap.  Even though she claimed she was “so slow” she was definitely pushing me!  I floated the idea of skipping the second lap to Dave, but he made me commit to finishing the whole 10K.  Yay for positive peer pressure. 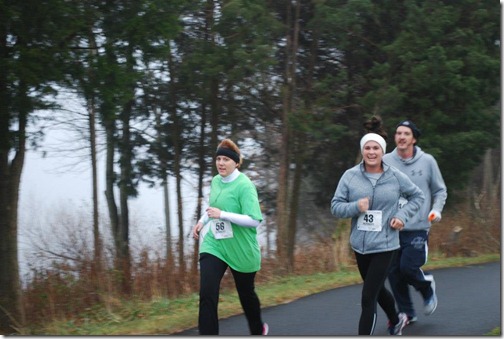 Soon we were out of the woods and approaching the 5K finish line, we cheered Allison on as she finished and prepared to face the hill again.  I was full of hatred as we headed up the hill.  I had a lot of pain in my Achilles and we did a good bit of walking up the incline.  We did some more running and then took another short walk break up the smaller incline.  We took our last walking break through the water station around 4.5 miles.  The course was way less crowded during this lap, which made it kind of less exciting but we ended up running with a woman who was cheering on everyone around her and making us laugh.

Soon enough we spotted Allison, Tracy, and Jess and we could hear Gagnam Style pumping through the speakers at the finish line.  We sprinted to the finish and we were done! 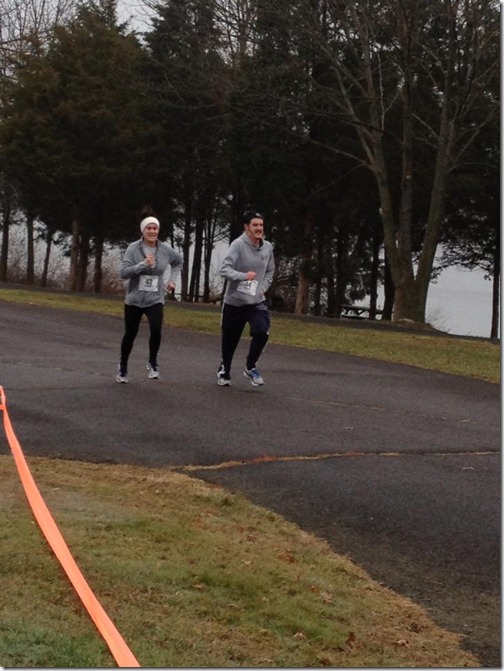 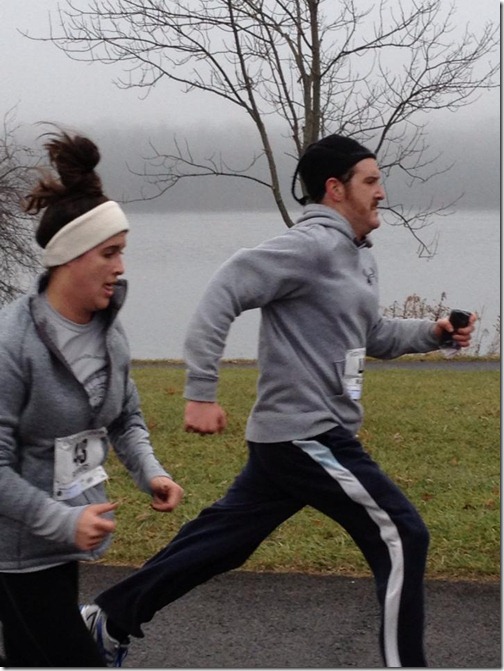 We both felt extremely proud of our finishing time of 1:01:28!  Of course I forgot to charge my Garmin, so I don’t have the regular splits, but running faster than a 10 minute mile pace was amazing considering our (lack of) preparation!  It was Allison’s first 5K and she won 3rd place in her age group!  We were going to leave before they did the 10K awards, but Allison and Tracy convinced us to hang around because you never know… and Dave won 3rd in his age division too!  It was also the farthest he’s ever run, yay for his PDR!  They rock!!!  Also, kudos to Tracy, our awesome photographer! 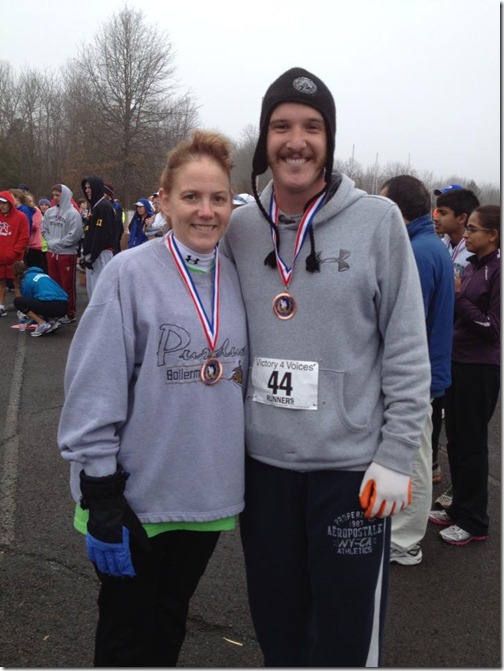 And now I’m retiring from running… jk!  Kinda.  Dave and I are planning on joining a gym ASAP, so I’m looking forward to getting back to lifting in a gym setting.  I’m sure I’ll keep running, especially when the weather gets nice again, but for now I’m not really interested in running any winter races or training for any long distances.  Maybe I will have another love affair with running, but for now give me a weight room!

Do you go through fitness phases?