Well, I got laid off on Monday, womp womp.  It was definitely unexpected, but at the same time it makes sense.  I had been extremely low on work for the past week or so.  The unexpected part comes from the fact that they were talking about restoring some of our salary that had been cut a few months ago.  Who knows.  Twelve people got cut and five principals are voluntarily leaving.  It was pretty devastating but my mom keeps reminding me everytime this happened to my dad, it always ended up as a positive thing with him liking his new job better or getting a better salary.  My boss told me that it wasn't performance based, that I was such a nice girl, and he'd gladly give me a recommendation.  One door closes, another door opens, right?  At least it's summer... 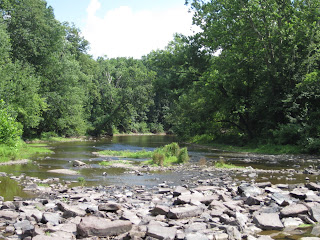 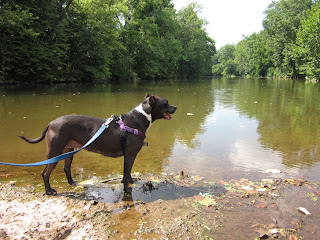 Puddin' loves adventurin' and stomping around in creeks.

So now that my schedule is wide open I've been hitting the gym every day.  Running really makes me feel better.  Not waking up to an alarm is also a beautiful thing.  And so is having enough time to make my first green monster smoothie.  And yes, they look gross, but they are oh so tasty. 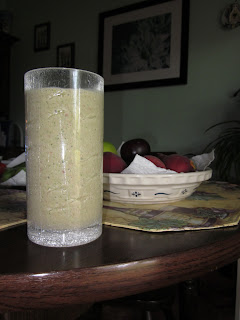 My creation contained a mango Chobani, a handful of strawberries, a banana, spinach, some milk, and ice.  Again, I don't really measure things, I don't think exact measurements are really that important in this recipe anyway. 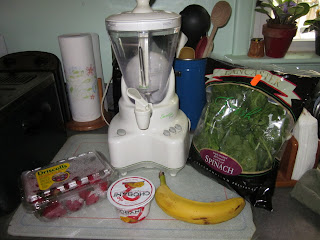 It was a little less sweet than I cared for so I added a few Stevia in the Raw packets to up the dessert for breakfast factor.  Yum yum yum!  I definitely recommend making this.  You don't taste the spinach and it's such a good way to start the day. 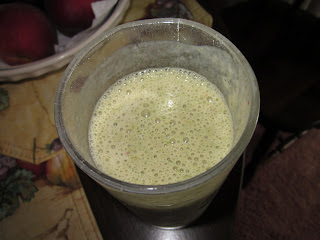 I made a second one with a raspberry Chobani, strawberries, blueberries, spinach, coconut milk, ice, and some more Stevia in the Raw.  It was equally as delicious and equally as gross looking.  Maybe more actually. 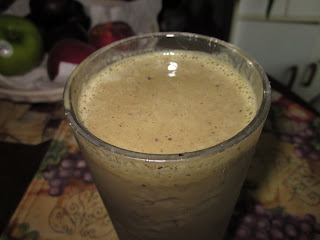 I'm sorry for the hiatus I've taken from the blog, really I've been avoiding all computers.  An epic fail on a new recipe didn't help.  I will do better.

Have you ever had something bad turn out to be for the best?
Posted by Amber at 11:07 AM